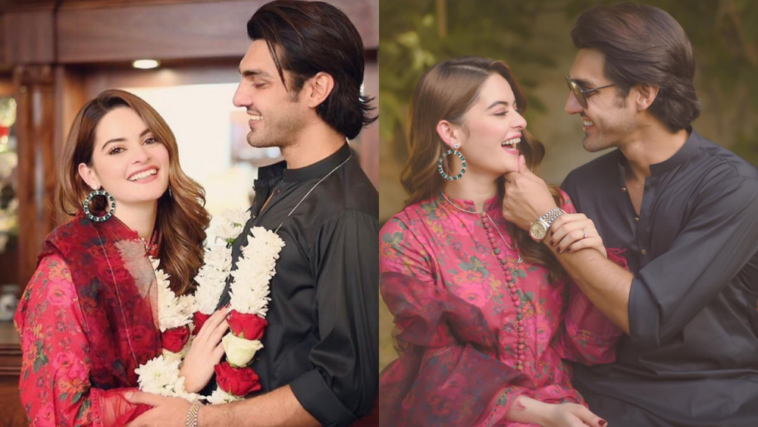 It’s official! Parchayee co-stars Minal Khan and Ahsan Mohsin Ikram are now engaged! The actors shared their #BaatPakki photos last night on social media and netizens are nothing but happy for them.

Minal Khan and Ahsan have been dating each other for almost a year. The couple had already hinted at being engaged with a subtle post on Valentine’s Day as they exchanged rings, however, they never explicitly said so.

But they have now officially announced their relationship status. Taking to her Instagram, the Jalan star wrote,

“Here is to forever. To the love of my life you’re the easiest yes I’ve ever said!”

Ahsan also shared the photos from their engagement and wrote an adorable caption.

“Here is to forever. I promise to love you till my last breath!”

“Welcome to the family @ahsanmohsinikramofficial. I’m so happy for you both. @minalkhan.official I’m gonna miss you so much! My baby is #hitchedforlife.” 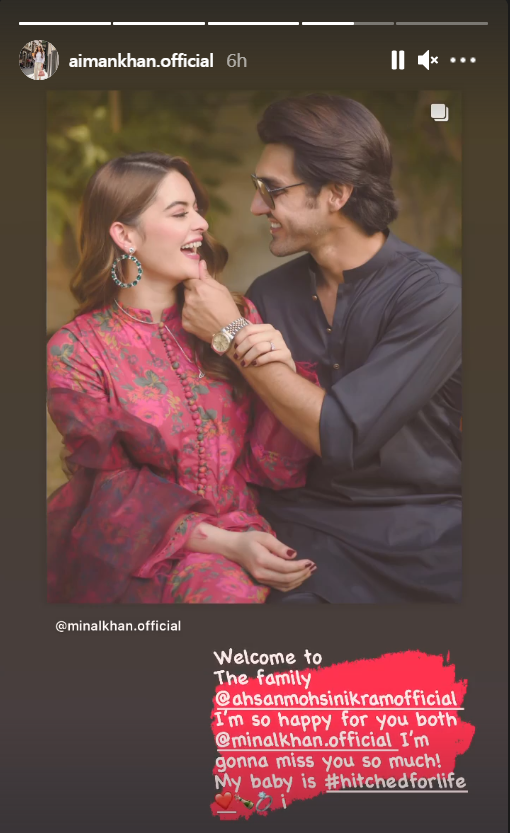 Minal was spotted in a cerise pink Zara Shahjahan’s ensemble, while Ahsan donned a classic black kurta shalwar. Let’s take a look at their photos. 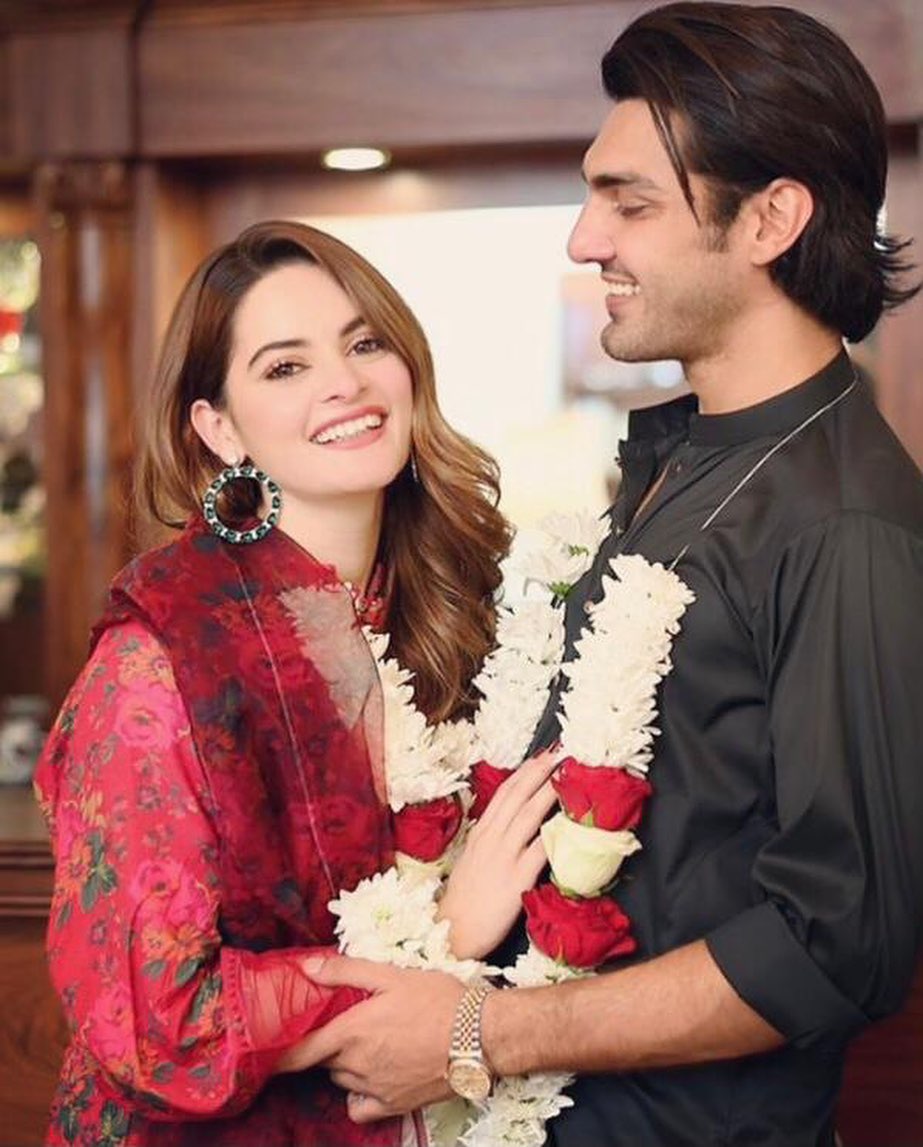 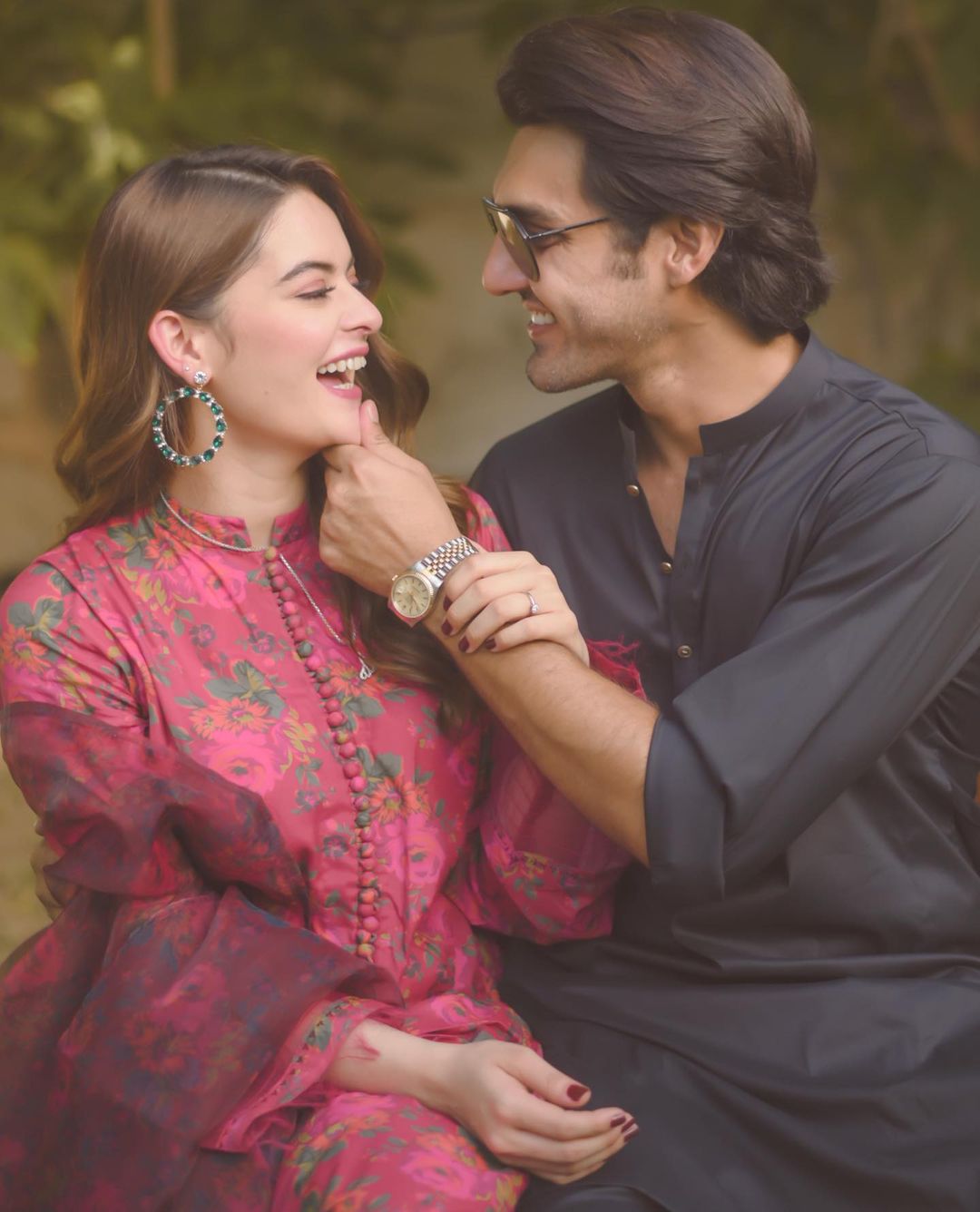 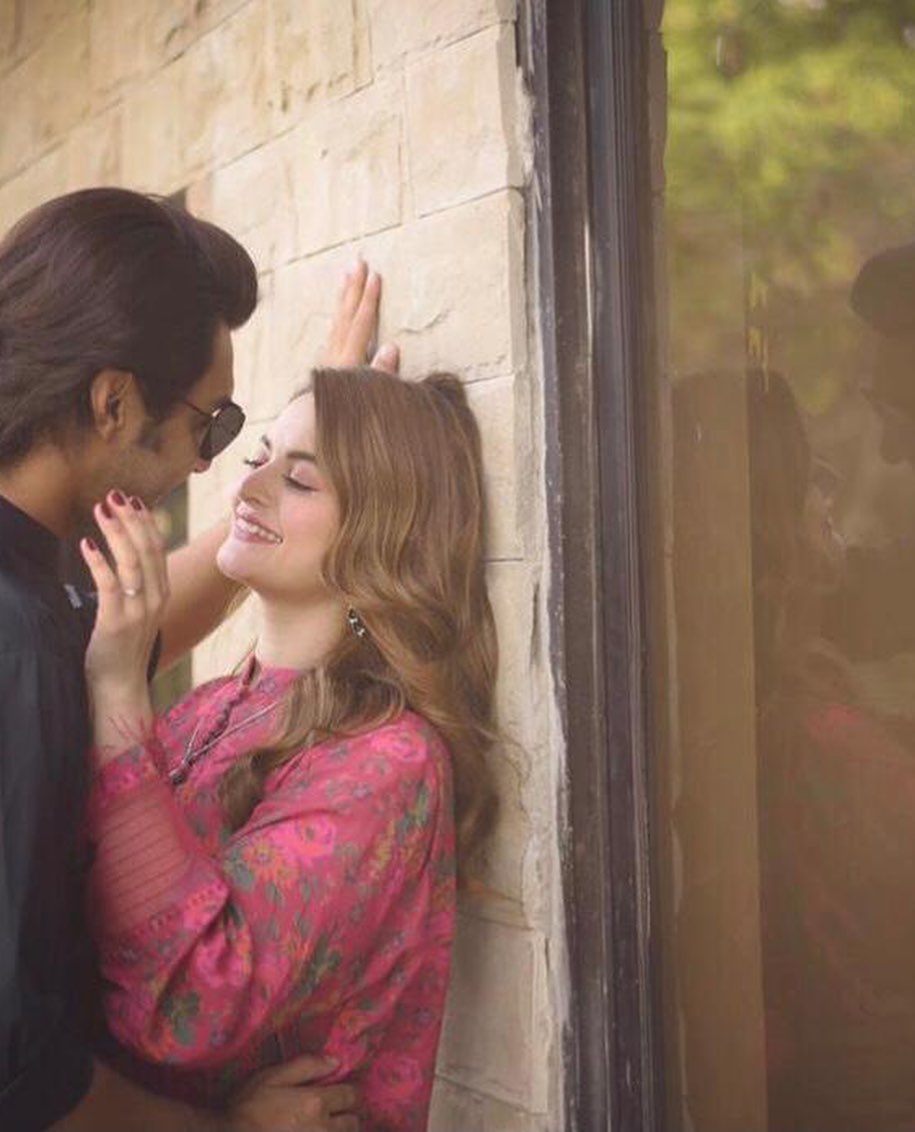 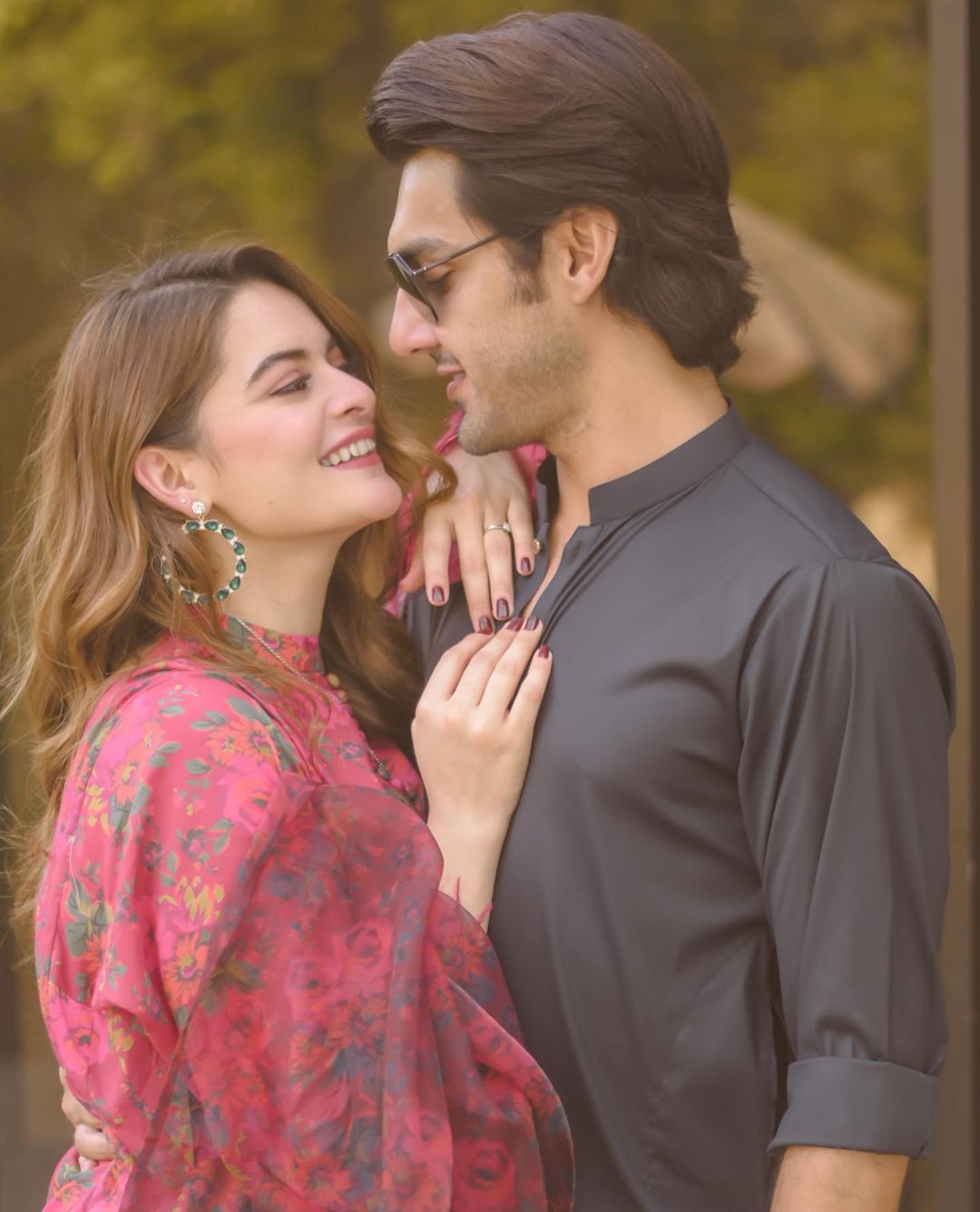 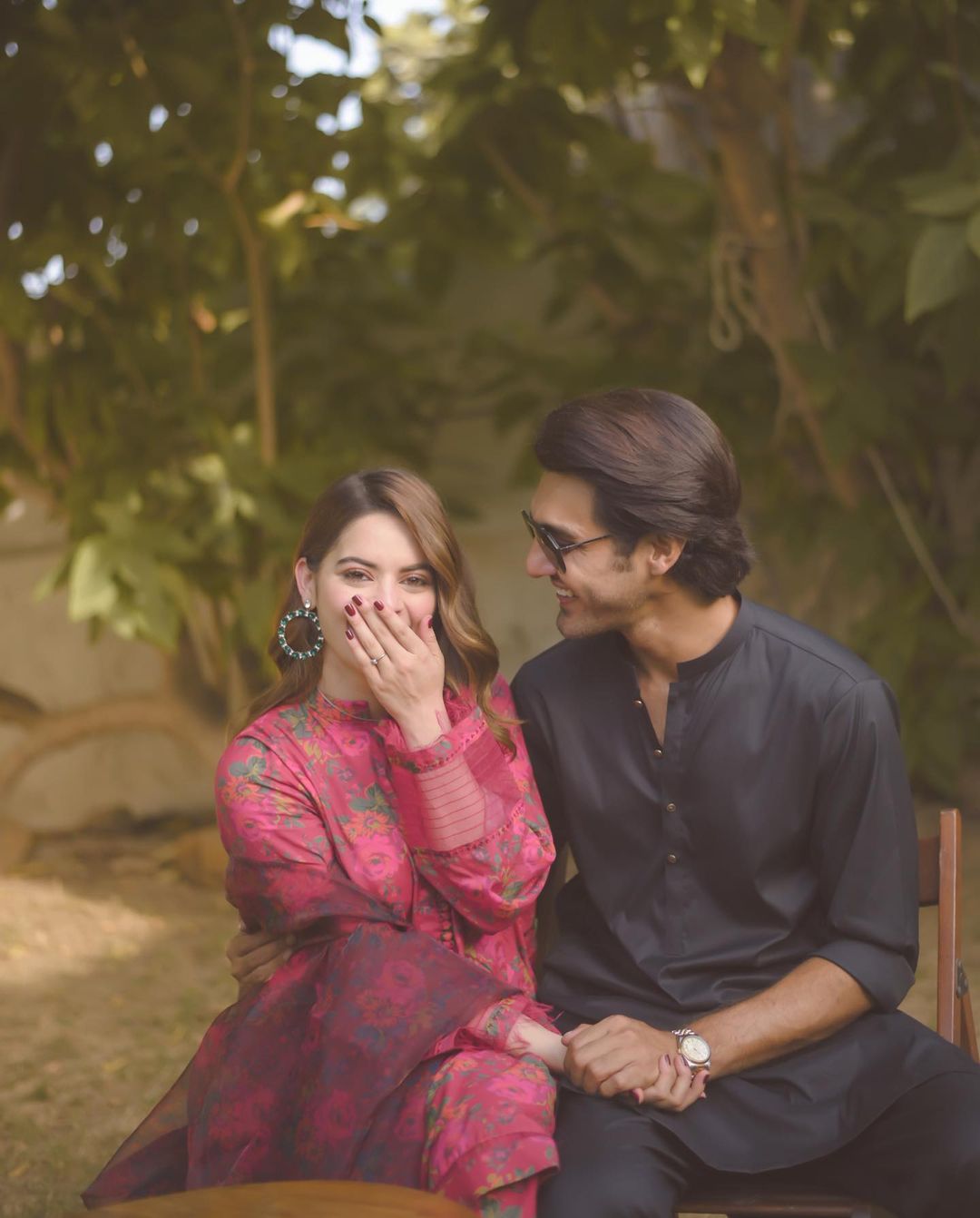 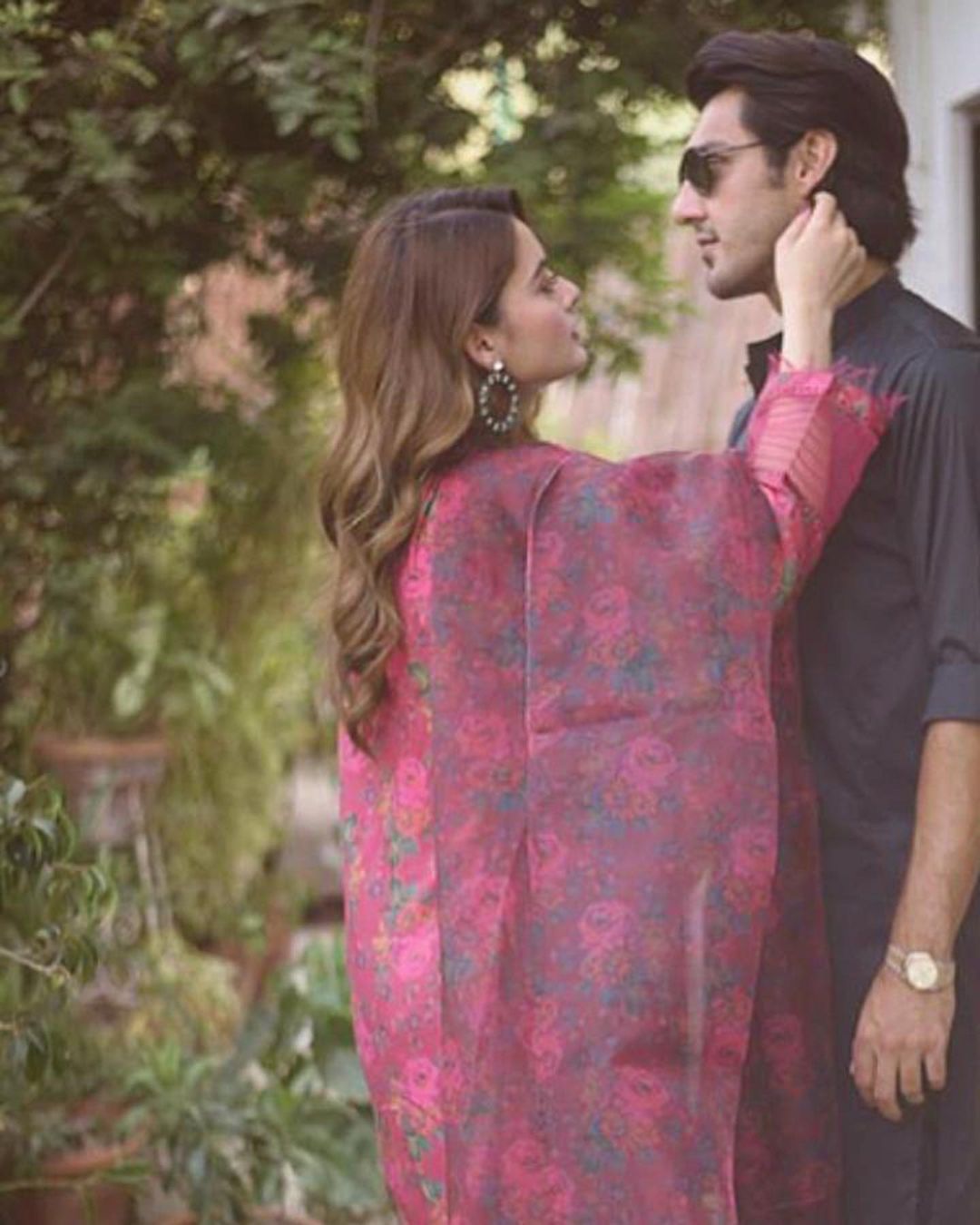 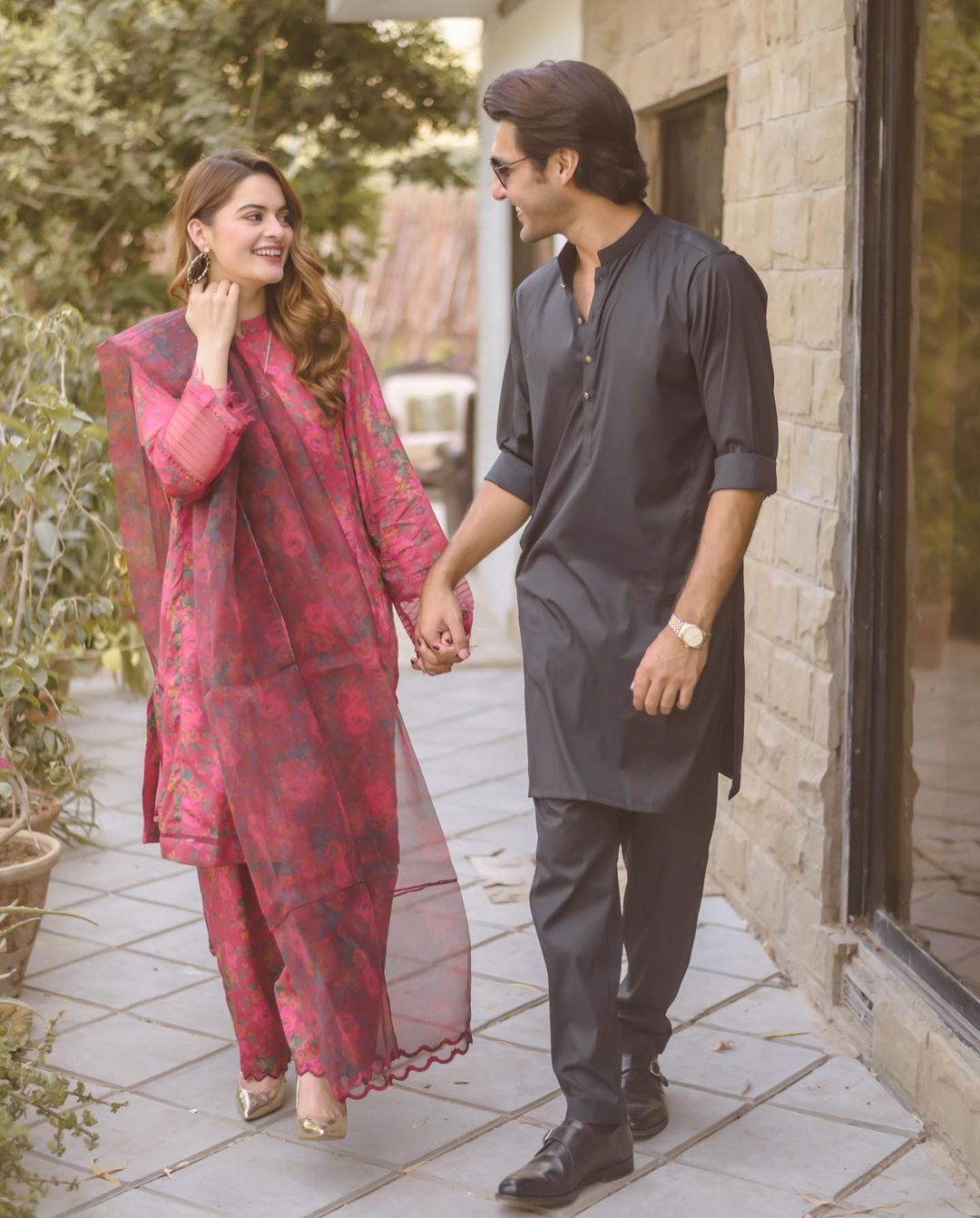 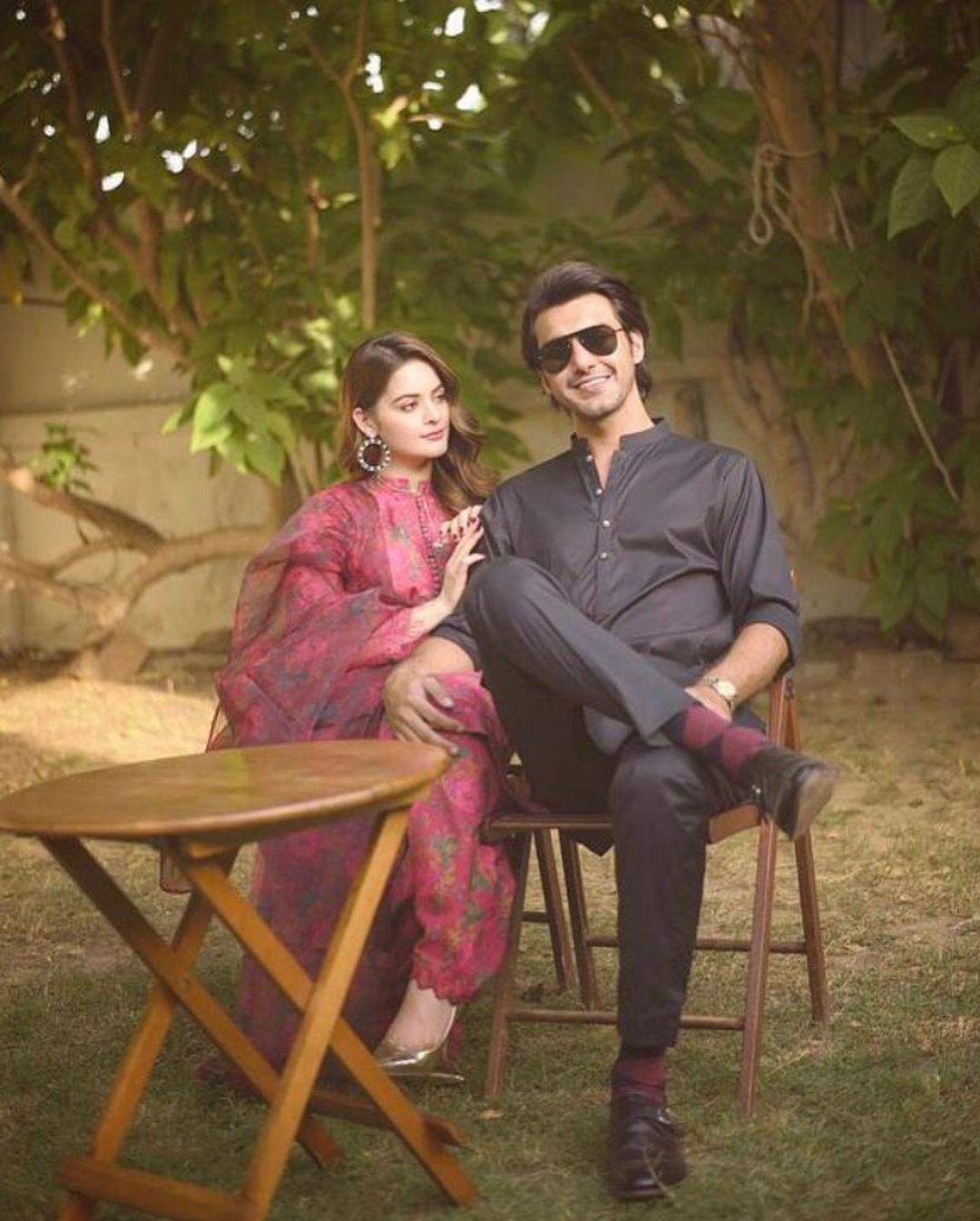 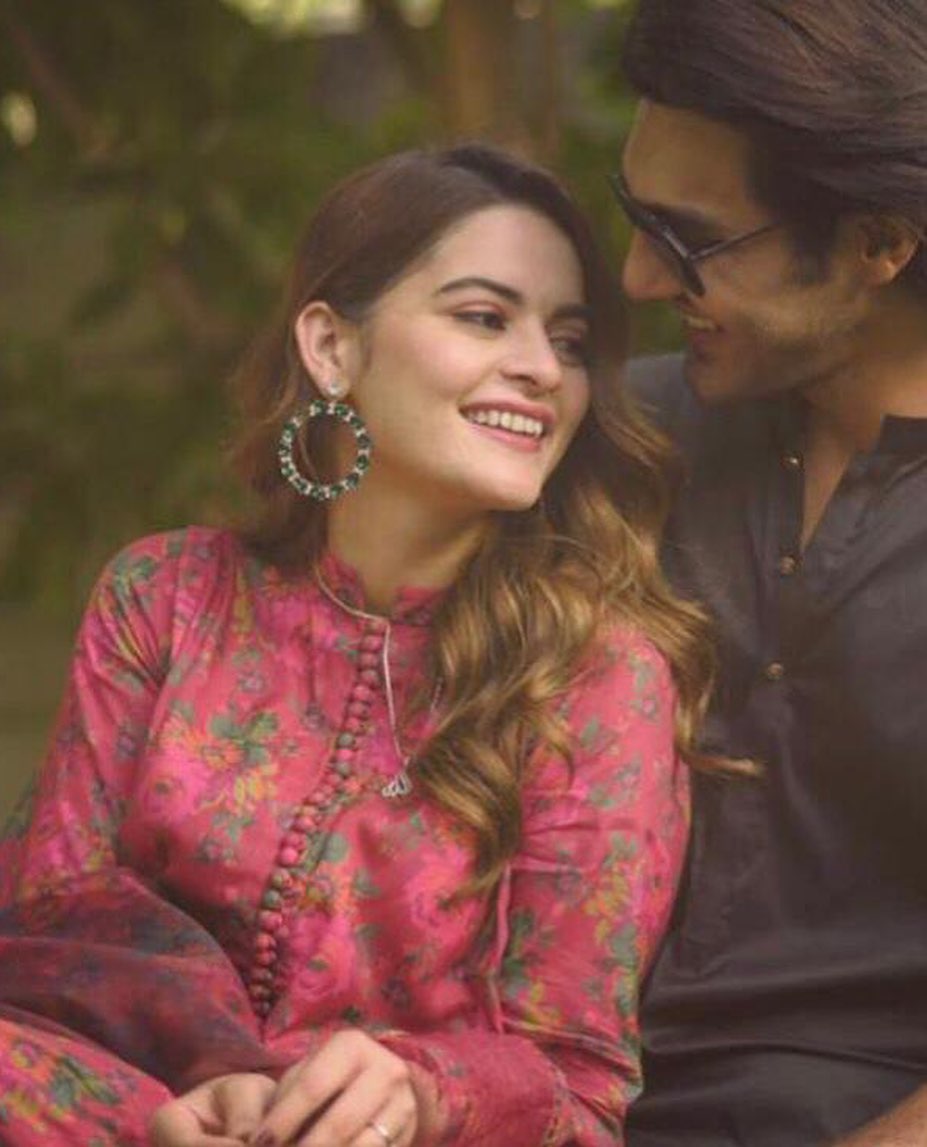 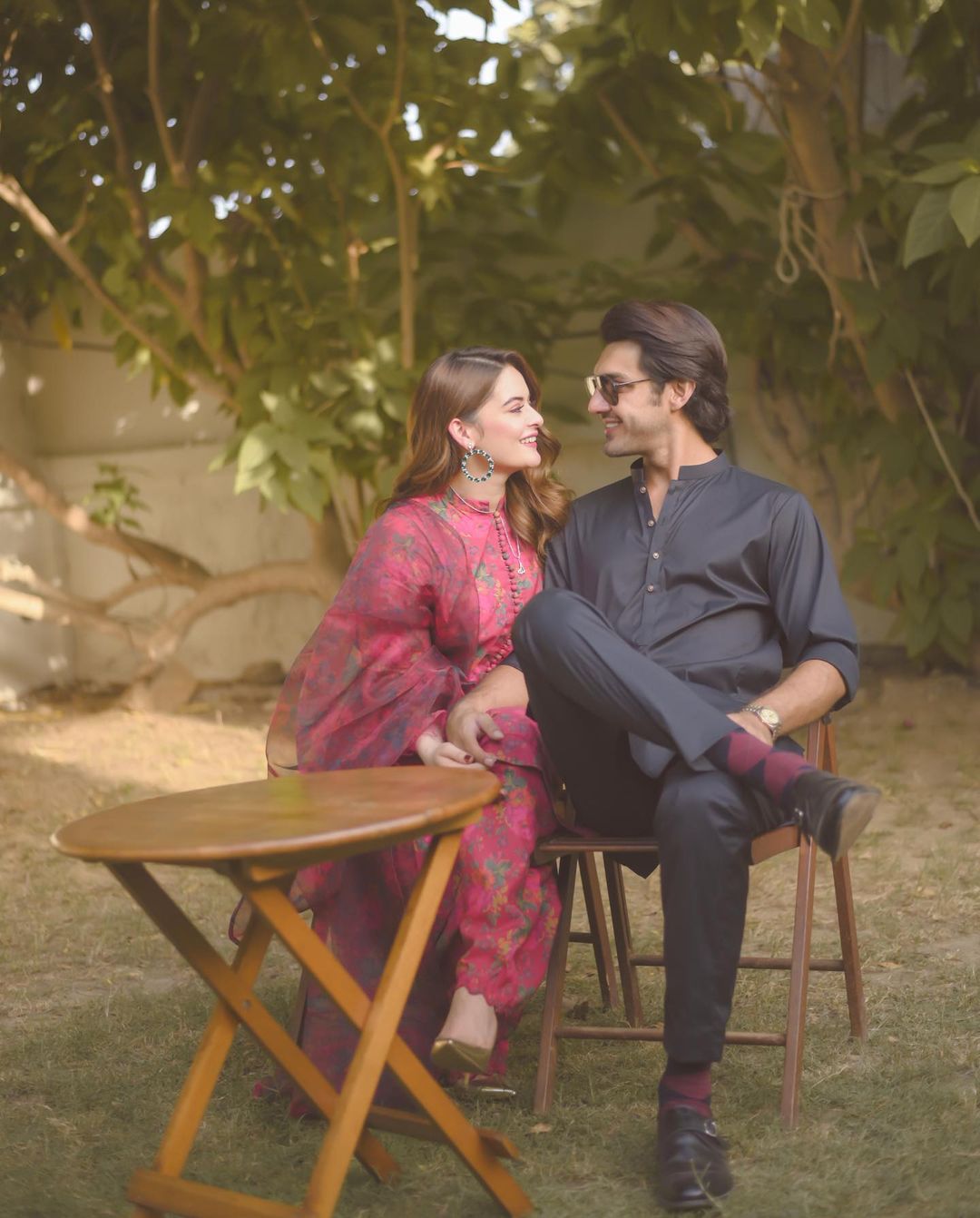 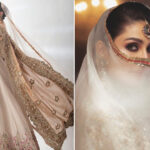 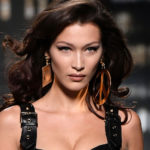