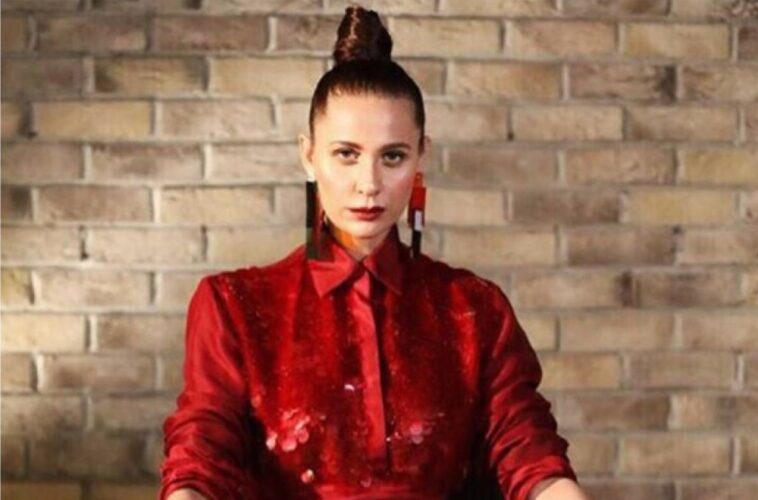 Actress and model Nausheen Shah is in ‘hot waters’ following her controversial comments about marriage. The 36-year-old received a barrage of angry comments and reactions from the public as well as fellow celebrities. 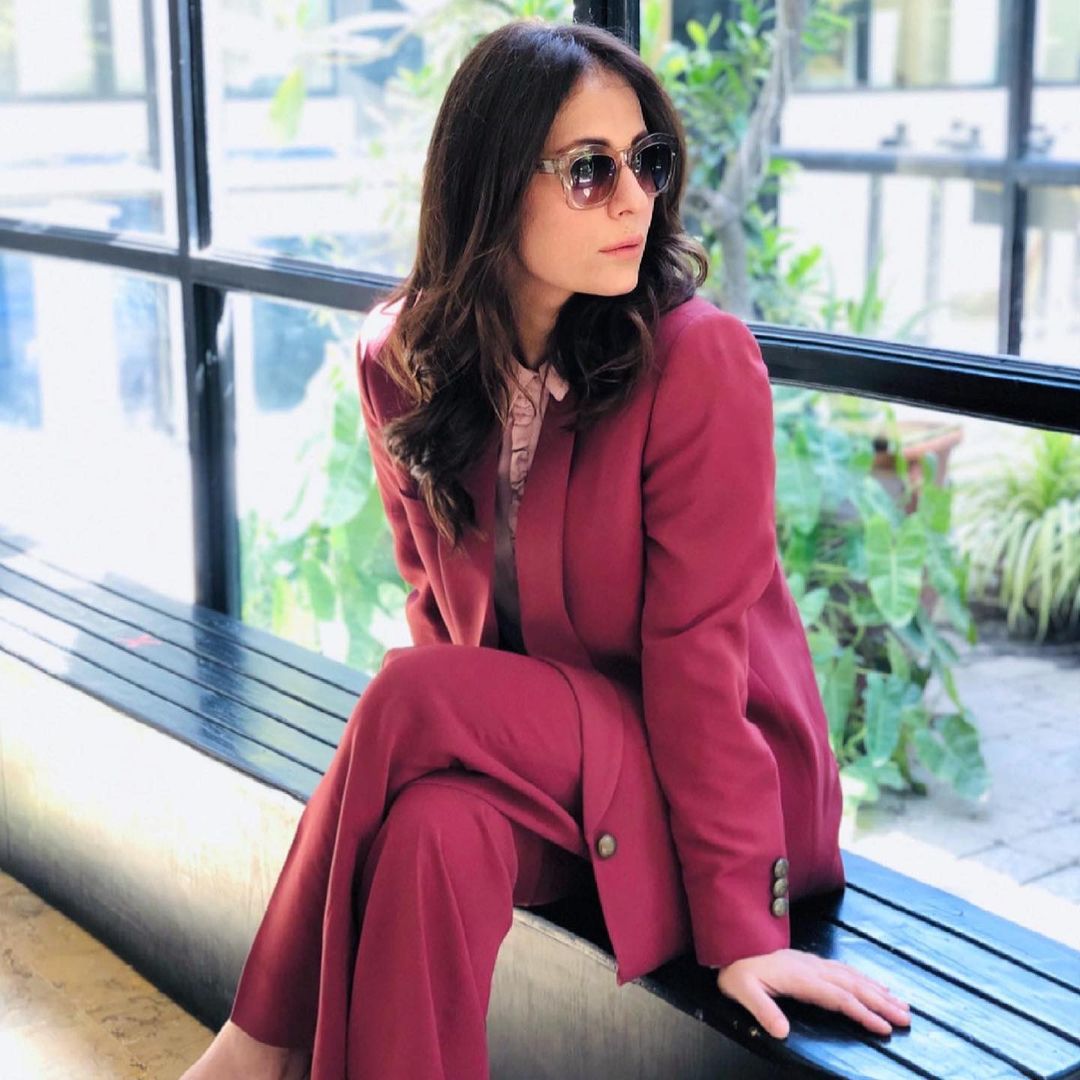 Nausheen Shah is a very popular and respected actress of the Pakistani entertainment industry. The talented actress has made a name for herself by portraying very interesting characters in acclaimed drama serials such as Pani Jesa Payar, Noor Jehan, Rehai, Khud Parast and Dewaar-e-Shab to name a few. 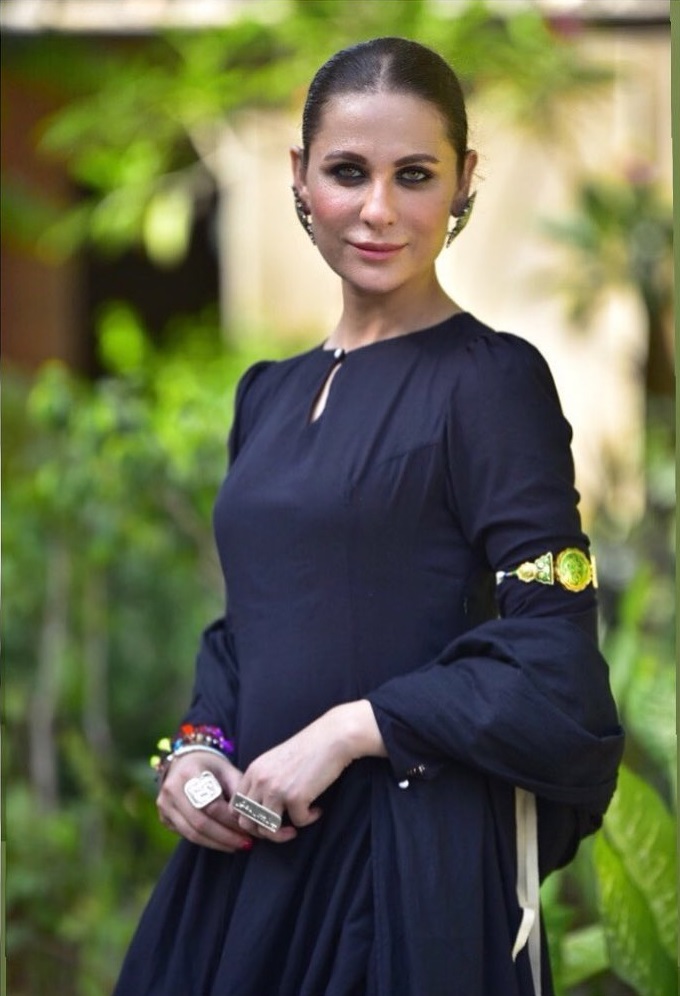 Recently, the actress expressed her frustrations about pressures of being married. She took to social media to talk about how her mother constantly nags her on the subject. However, Nausheen did not choose her words wisely. 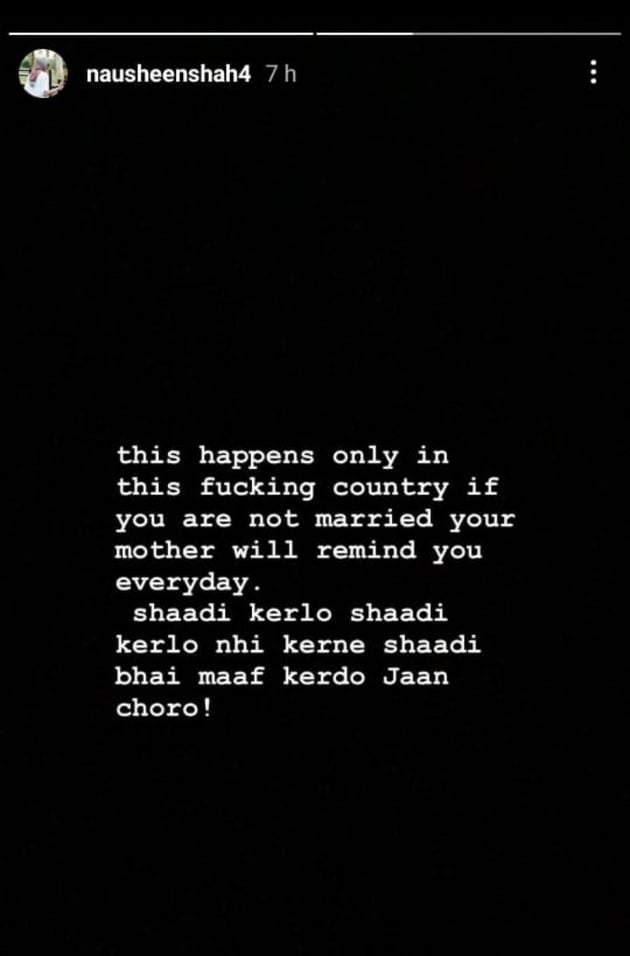 People did not appreciate the crude language used by Nausheen as a netizen put her on blast. Even celebrities like fashion designer Umer Sayeed made snark remarks against the actress. Nausheen did not hold back against Umer’s insensitive comment and taunt. The actress publicly lashed out at the designer, calling him out for being a homosexual.

“Now you will tell me what to say and when to stop, Nausheen responded. “You sleep with men, Allah maaf keray(May Allah forgive) you are a gay. Ap toh shaadi kerne kay qabal he nhi ho(You are not even allowed to marry). So please next time think before you speak. Hope I am loud and clear.”

Comedian  Adeel Ajmal (aka Aadi) is furious with Nausheen’s use of abusive language for  Pakistan. He took to the comments to school the 36-year-old. 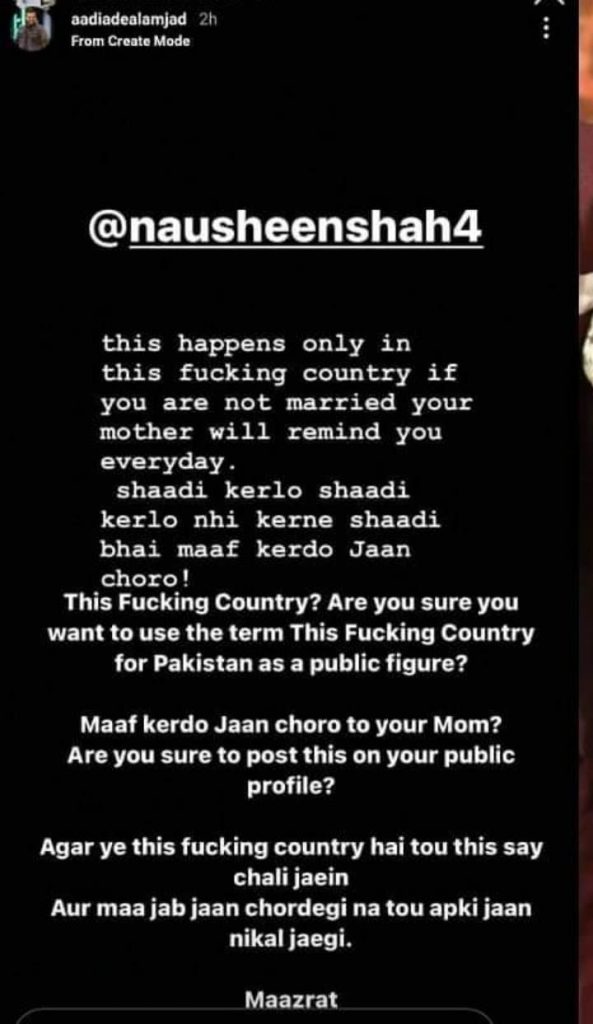 Netizens had a LOT to say to Nausheen’s harsh statement. Here are a few comments. 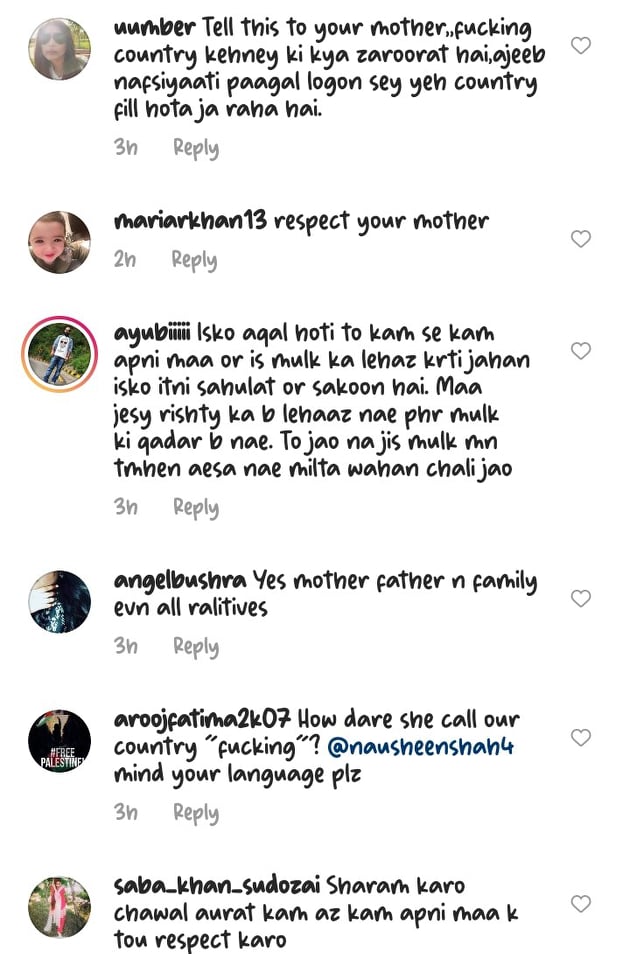 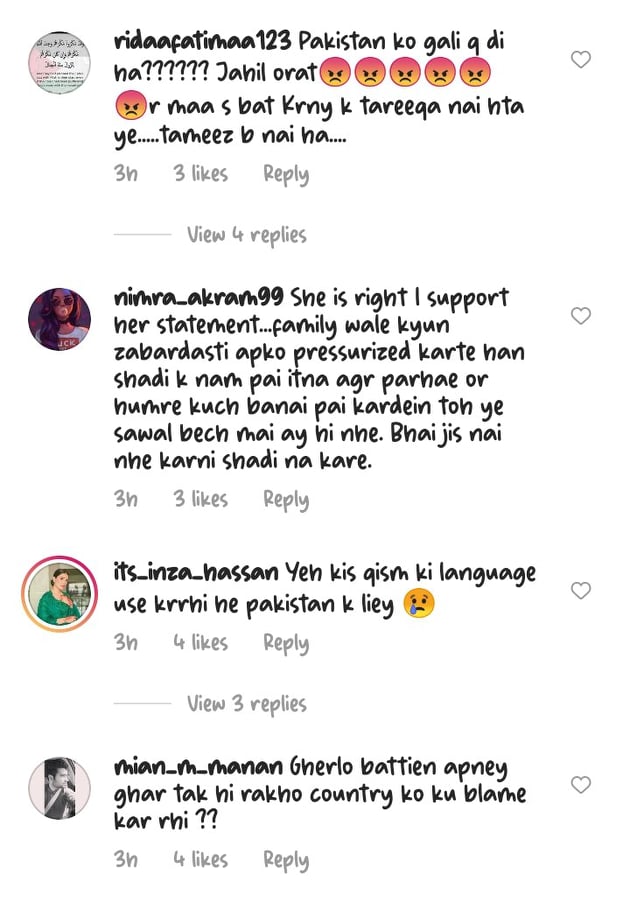 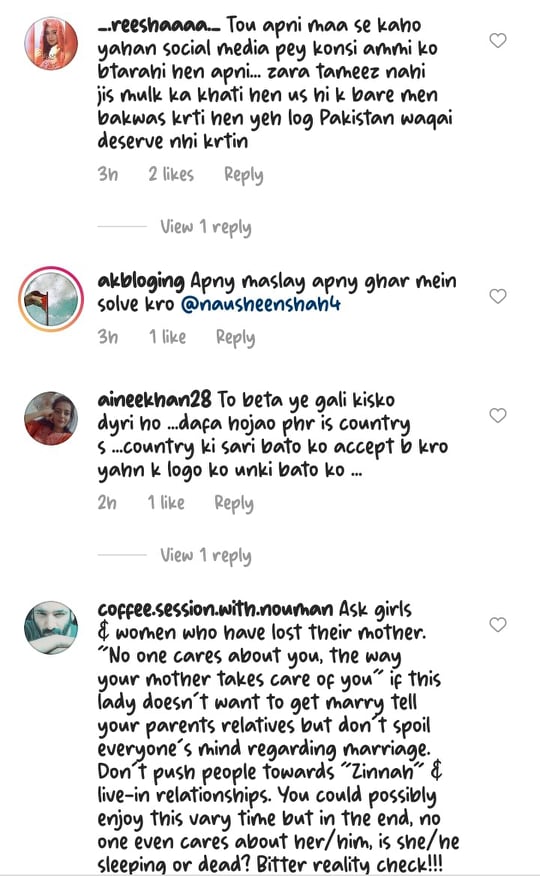 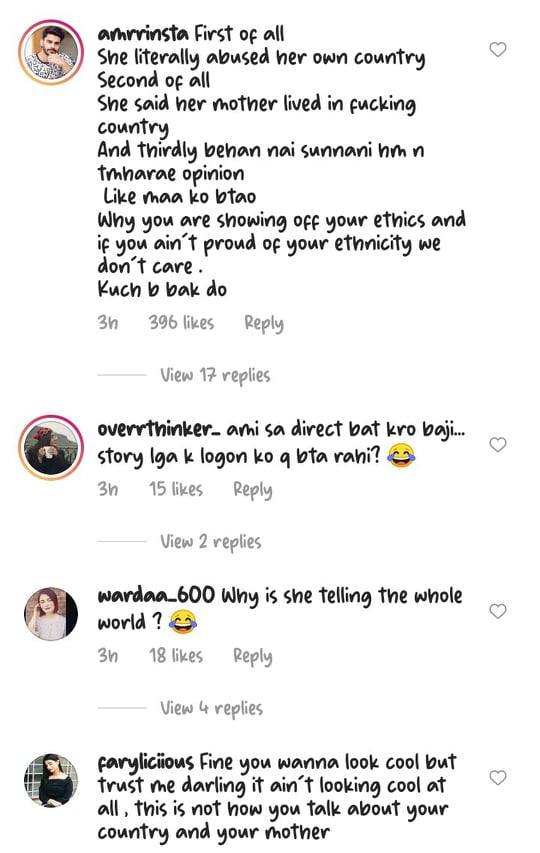 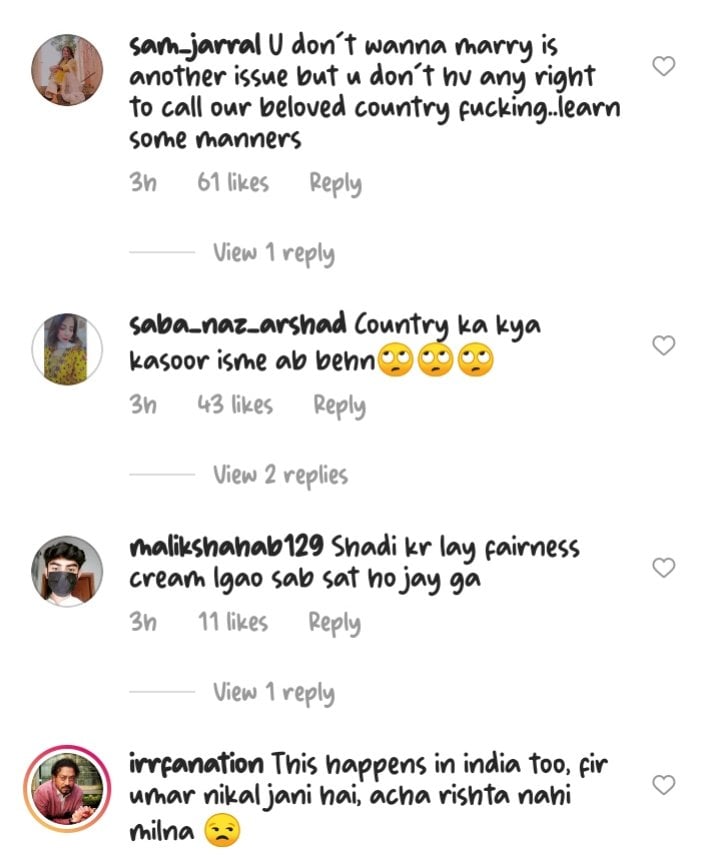 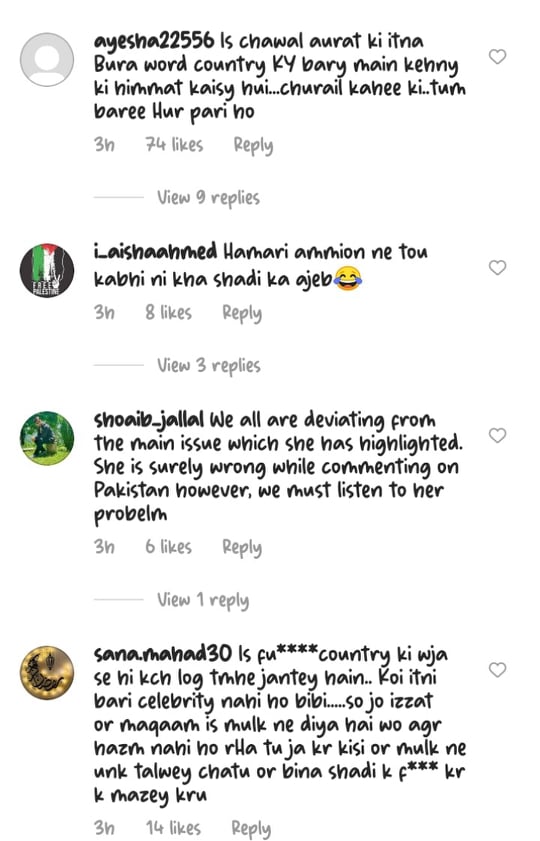 What do you think about Nausheen Shah’s statement? Let us know your thoughts in the comment section below. 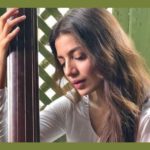 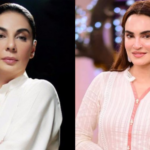