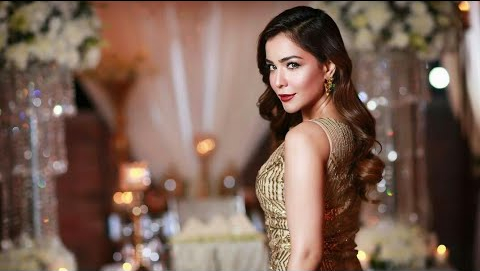 Actress Humaima Malick suffered quite a health scare after her appendix ruptured while she was traveling. The Bol star was in Turkey when she faced this health complication.

The Arth 2: The Final Destination actress shared the news on social media and asked fans to pray for her. Humaima Malick posted a picture of herself in a hospital bed explaining how her appendix ruptured.

Initially, she posted a series of Instagram stories which she later turned into a post. According to her post, she spent 22 hours in Istanbul with a ruptured appendix without knowing it.

“I have seen death.”

The Dekh Magar Pyaar Say star believes her health scare is due to the ‘evil eye’ or ‘nazar’.

She asked all her fans and followers to pray for her.

“Allah has given me a new life, thank you for all those who have stood by me, my family who prayed for me, I request all my fans to pray for me. I have been given a new life from Allah.”

Humaima Malick then asked everyone to be kind towards one another.

“My God gave me a new life. Please be kind with everyone around you, life is too short. We don’t even know if we’ll be alive one moment to the next.”

The Legend of Maula Jatt actress was in Istanbul for the International Pakistan Prestige Awards (IPPA) awards which were held on October 31. She had traveled there with her mother. Most Pakistani celebs were there.