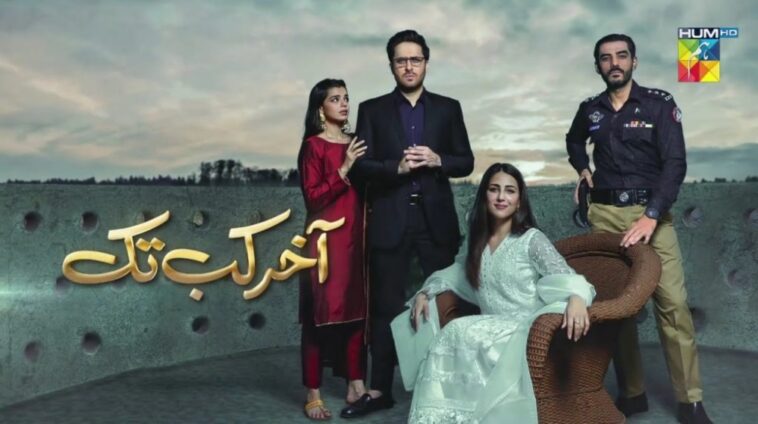 Drama serial Akhir Kab Tak garnered much praise for raising a number of social issues but most importantly how when parents don’t communicate with their children that leaves them more vulnerable to exploitation.

As we follow the story of Fajar (Srha Asghar), and her sister Noor (Ushna Shah), a strong woman forced into a parentification role for her mother (Javeria Abbasi), and sister as their father (Shahood Alvi) fails to provide the stability they need.

It’s this vulnerability that leads Fajar to become a rape victim that didn’t even report the crime and continues to be blackmailed by the culprit, her former teacher Zafar (Azfar Rehman). Despite a very supportive husband Saim (Haroon Shahid), and a good therapist in the latest episode of Akhir Kab Tak we see Fajar commit suicide.

Netizens are done with the drama serial as Fajar dies following the suicide attempt.

#AakhirKabTak Pakistani dramas will fail to give us Hope? We choose to show many unrealistic things but ending so called realistic hi rukhain gey aur awam ko rulaain gey kay bai who gave u the mushwara to watch this one. pic.twitter.com/4mlrkKeIjE

This better be a plan, a trick….cuz if my girl is dead, I’m DONE. Just today, I tweeted about rarely recommending shows until the end, cuz there’s room to screw it up. Hum & the team of #AakhirKabTak…you destroyed it. A positive show is now as grim as it gets. #PakistaniDramas pic.twitter.com/NBgnvFFTug

As we see the girls’ father come around and acknowledge his mistakes and grow from them, the drama serial kills hope. We seem to be getting the message that the only end for rape victims is to die. If not from shame then guilt.

Can't get over the fact that Hum is promoting such shit. Mehreen's zipped attitude in #hkkst and Fajar's suicide in #AakhirKabTak. Not speaking about the former, but Fajar deserved a better end. Saim did. Man was ready to support her in every way, then why? WHY?

The death of Fajr was so unnecessary, A rape victim has no right to live? They could've showed something different instead. A rape victim survived, lived a happy and normal life, saw the culprit getting punished…but NO, the girl had to die to prove her innocence!? #akhirkabtak

Watch #drama #akhirkabtak why #fajar has to die to prove its not her fault? I know in reality we often see such incidents but as you showed husband was understanding than you should tell girls, they can survive if one person stand firm with her.. #rapisthastodie

I normally follow #akhirkabtak through your reviews but watched todays episode to see if she finally gets a happy ending… alas… so disappointed. The rape victim who finally got an understanding family and hudband, usko jeenye nahi diya. Lifelong torture & trauma for everyone

At this point, it was really just the powerful cast holding the drama serial together as Netizens called out the writer and creator for the regressive move.

Absolutely brilliant performances. Hated everything about this episode of #AakhirKabTak. Hate that my fave show sends out a miserable message, as if recovery isn’t possible. My heart is broken. But I want to acknowledge these actors. They have given their all. #PakistaniDramas pic.twitter.com/FMe8ckWLng

both @ushnashah and @srhaasghar have acted so well in #AakhirKabTak. In fact the entire cast has been brilliant. Proper tearjerker.

To say Netizens are heartbroken is an understatement.

What the hell I thought this drama serial had a promise of happy ending.FAJAR DIED😭.She deserved happiness and a happy life with saim. I loved their sweet, adorable chemistry. Idk I just can't stop crying yallah💔 #akhirkabtak
I'm your new fan❤ @srhaasghar

#AkhirKabTak Disappointing and completely unnecessary twist that has destroyed the show for me.

With a story, characters and title like #akhirkabtak you'd think they'd have shown some progress, but no, it's the same old unfair sad crap.

ALSO READ
Did Zahid Ahmed Apologize For His Role in Main Na Janoo?

Aside from the central subject of sexual violence, we saw Akhir Kab Tak address other more subtle and overlooked issues like oppression and neglect that are often brushed under the carpet.

Saim's mother might have a point, but she's the perfect definition of women being against their own gender. She never accepted Fajar and now that she's gone, she's still not at peace. #AakhirKabTak

This includes forced marriages, consent, toxic relationships, joint family system, the vitality of female education, the importance of mental health. However, the latest development again sent the message of how women must sacrifice and lose in the face of injustice. 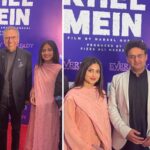 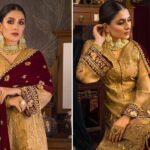