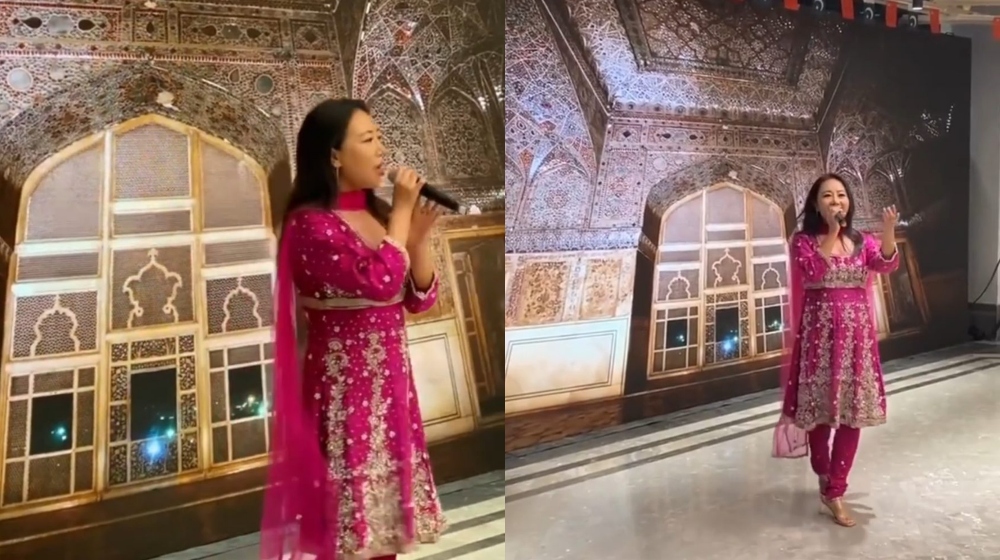 Pakistan and China have had a bromance going on for a while now. However, when a Chinese singer created a cover of Buhey Baariyan, desi Twitter melted into a puddle.

As usual, this year on Pakistan’s diamond jubilee, the Chinese embassy in Islamabad organized festivities of its own. This included a Beijing music teacher, Ms. Vicky singing a cover of Hadiqa Kiani’s Punjabi hit song Buhey Baariyan.

The performance was part of the Pakistan Food and Cultural Festival organized by Embassy to mark Pakistan’s 75th Independence Day. The event was held at Pakistan Embassy College.

Ms. Vicky even went the extra mile and wore a beautiful shalwar kameez as well.

The song cover is now viral as Netizens fawn over the well sang cover.

Oh my god, she sang close to our legend @Hadiqa_Kiani . She did justice to the song! Worth Laudable!

Everyone is impressed with the songstress singing the song so perfectly when she doesn’t know the language. They said that she’s embracing the language.

Vow she sings so well and her diction is very good

People even appreciated her wearing a beautiful Pakistani dress and embracing the culture so well.

This heartwarming gesture might have gone viral, but there have been several instances of Chinese singers singing covers of famed Pakistani songs.