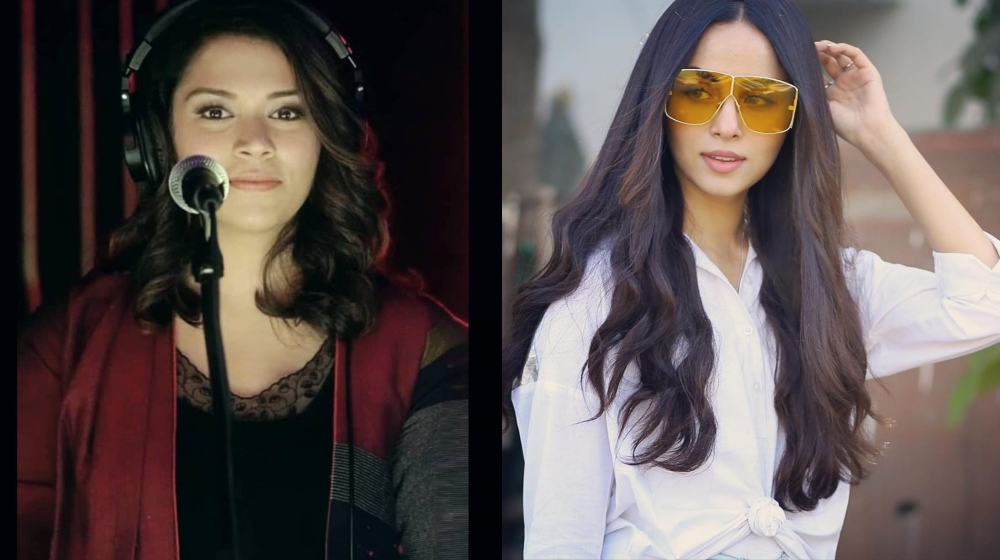 Pakistani actress Nimra Khan recently posted a TikTok video of herself reciting Nusrat Fateh Ali Khan’s ‘Wohi Khuda Hai‘, except there was something odd about it. If you listen closely, the audio was all out of place. Many listeners thought Nimra might have tampered with the audio. Its not unheard of after all.

The truth, however, is murkier. The Alif Allah Aur Insan actress actually lip-synced to another celebrity’s rendition of ‘Wohi Khuda Hai‘. Nimra Rafique’s version of the naat was pasted in the video.

As the video went viral, people went after Nimra Khan for using Nimra Rafique’s voice without giving due credit. While we can use commercial audio such as songs etc for non-commercial purposes, we have to give credit to the creator. This includes everything from covers and school projects, etc.

Vocalist Nimra Rafique told Express Tribune that the actress was actually trying to take credit for her cover of ‘Wohi Khuda Hai‘.

“Nimra Khan asked me to take my video down so she could make a TikTok of it and upload it from her Instagram, just to see how many people would like it. I agreed, simply with the condition that she credits me.”

However, when Nimra Khan failed to give the singer credit despite Nimra Rafique having reached out to her, she posted her cover on Instagram again.

Nimra Khan, on the other hand, still doesn’t see the problem, even after Rafique asked her to take down the original.

Indian YouTube Channel Called Out For Ripping Off Pakistani Songs

“I had no intentions of stealing her voice and making it my own. I make several TikToks and upload them without crediting whose voices I’m lip-syncing. I never thought this would be such a big issue. I honestly got busy because my father in law was unwell and credited her when I found out it had turned into an issue.”

Nimra Khan has since taken down the TikTok video and maintains Nimra Rafique is her friend.