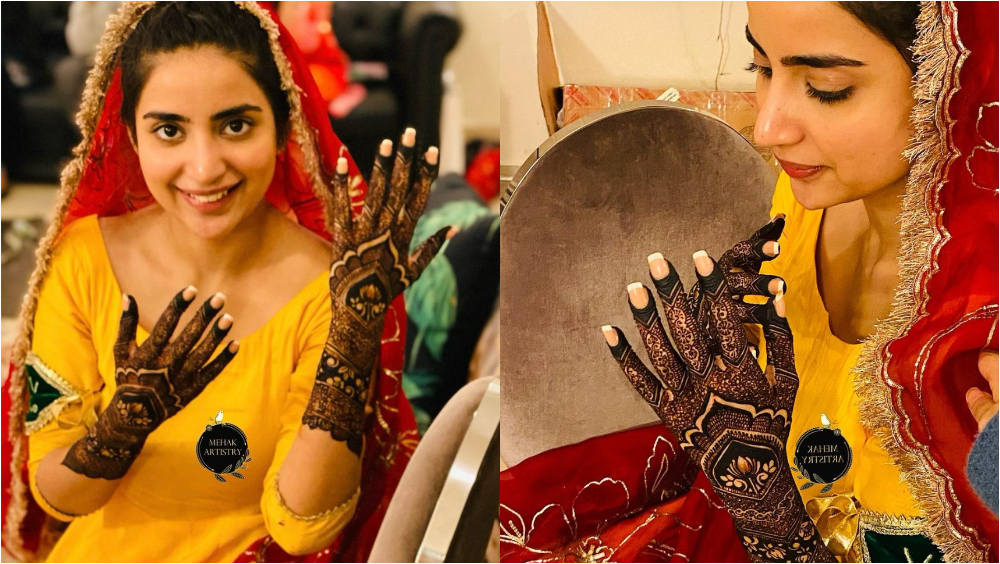 The star couple Saboor Aly and Ali Ansari tied the knot recently in a glamourous wedding. The festivities comprised of an intimate dholki, colorful Mayun, dreamy Nikkah, groovy Shendi, and classy reception. The festivities’ videos and pictures are making rounds on the internet praising the beautiful bride and loving the modern yet traditional events. 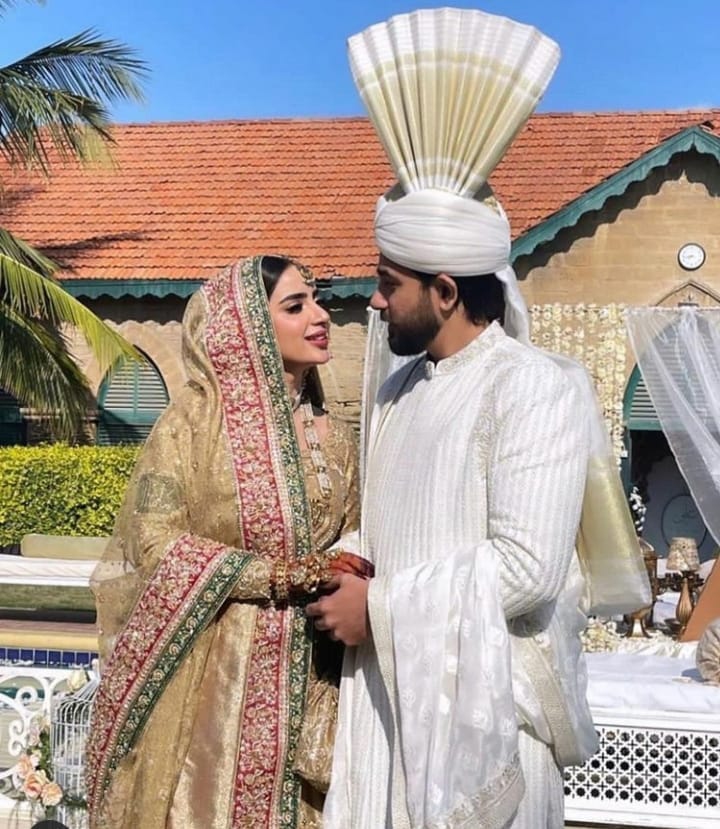 Saboor Aly is a very popular actress in the Pakistani showbiz industry. Even though many people know her as the young sister of superstar Sajal Aly, Saboor is making a name for herself in the entertainment business. Saboor has gone on to star in various hit drama serials such as Ishq Mein Kaafir, Naqab Zan, Gul-o-Gulzaar, and Tum Ho Wajah. Her recent drama Parizaad is garnering praises from all around. 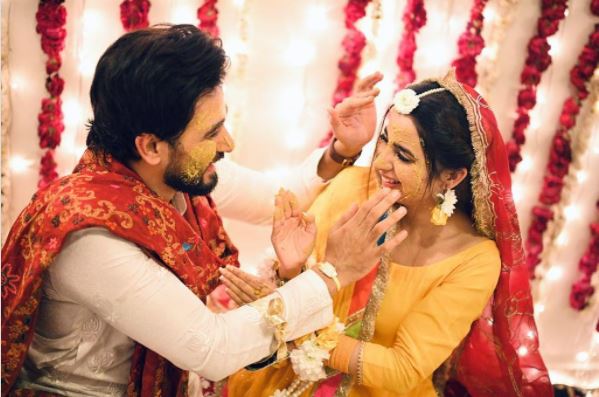 The Gul-o-Gulzaar star got engaged to model, actor, and VJ Ali Ansari last year and surprised their fans. The diva once revealed that the engagement was a surprise even for both Ali and the actress, as they had not planned on tying the knot. The two had an intimate ceremony among the family. 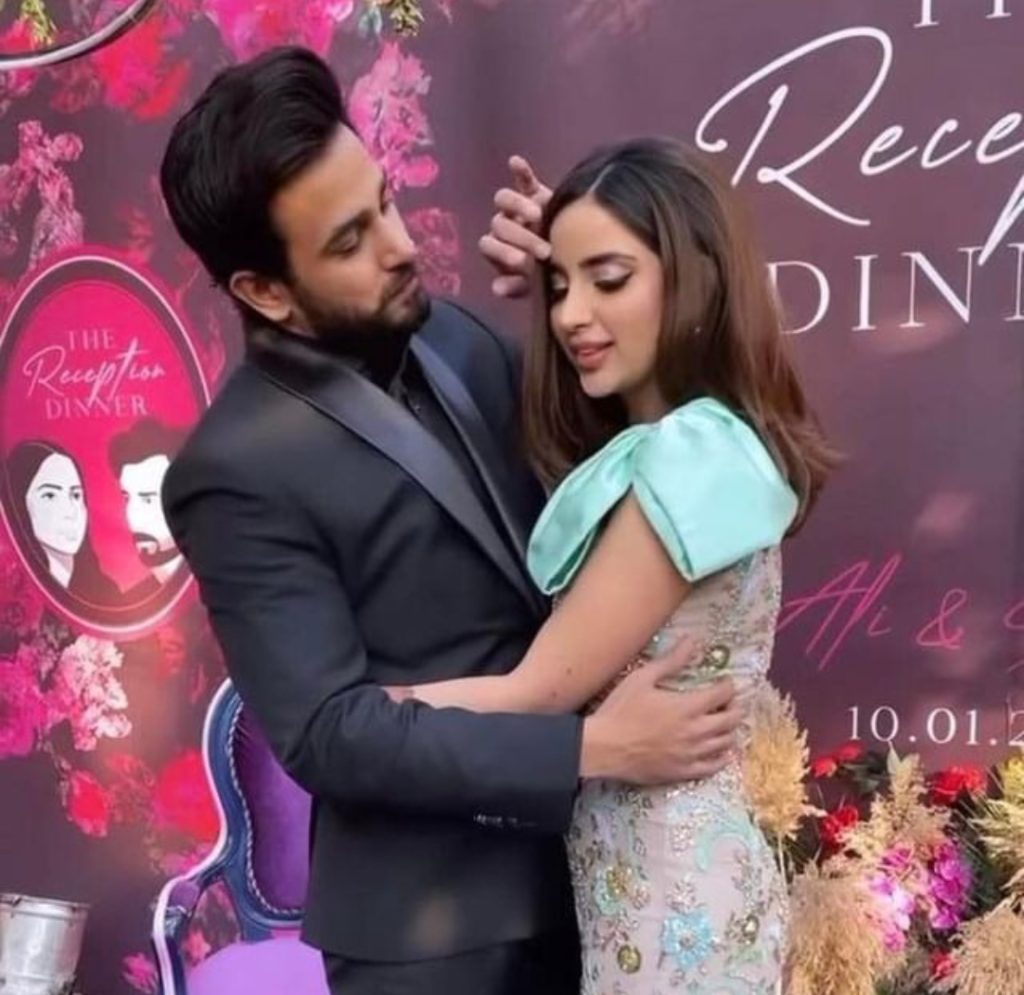 Recently the clicks of the bride’s mehndi are creating a buzz on the internet. Saboor Aly looks radiant as a Mayon bride, without any makeup on or filters as she flaunts her gorgeous mehndi by Henna by Mehak. Have a look at some of the pictures of this beautiful mehndi. 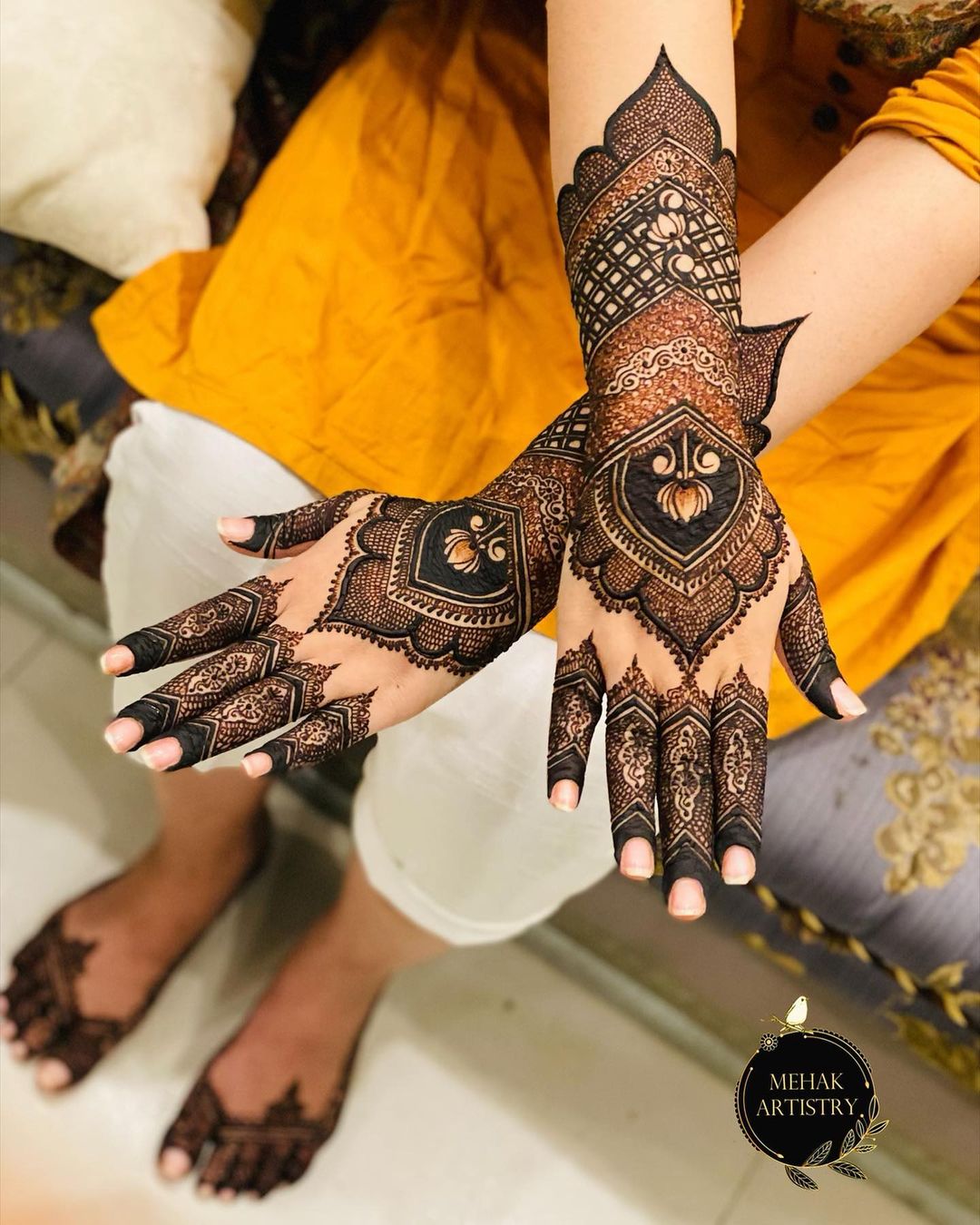 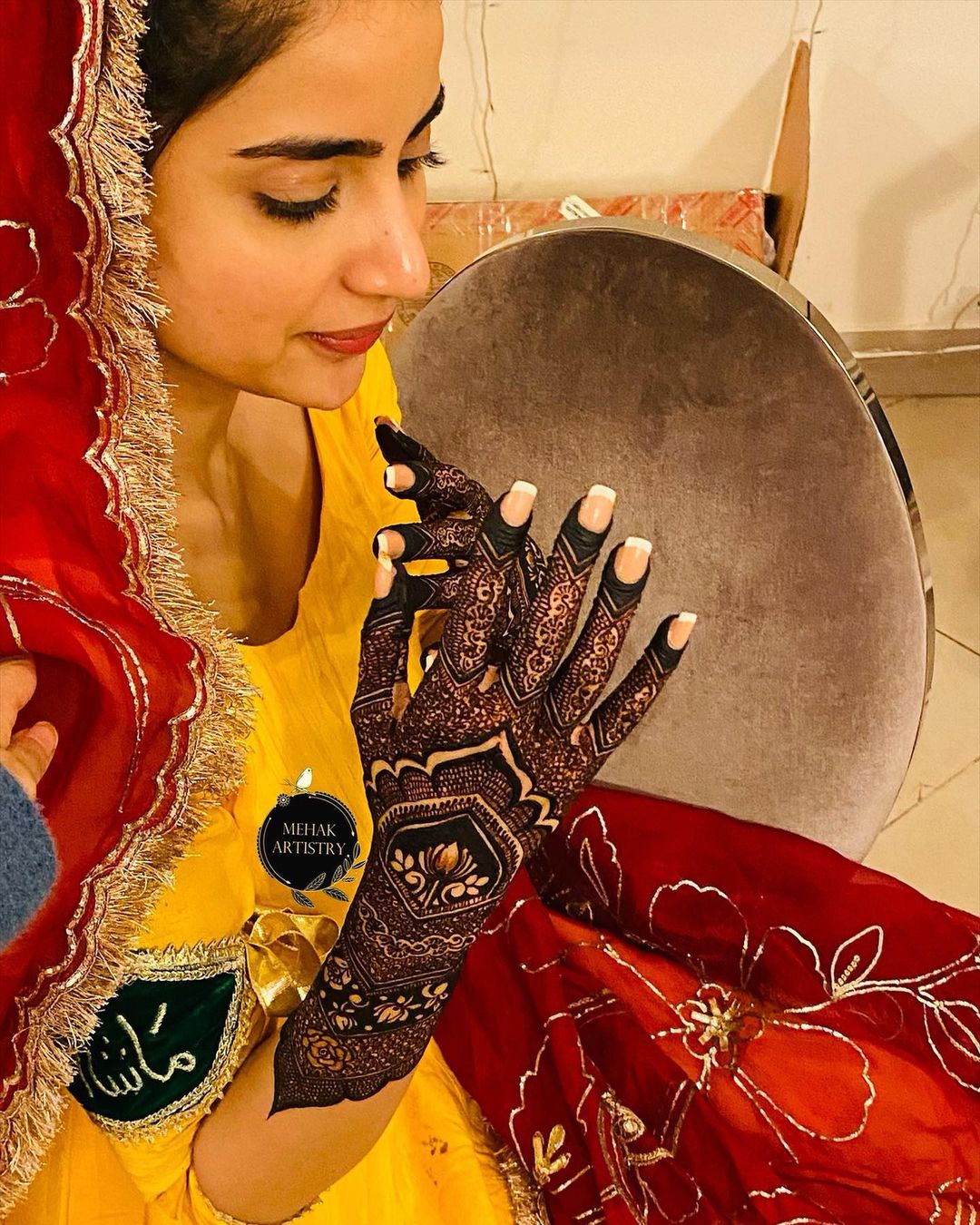 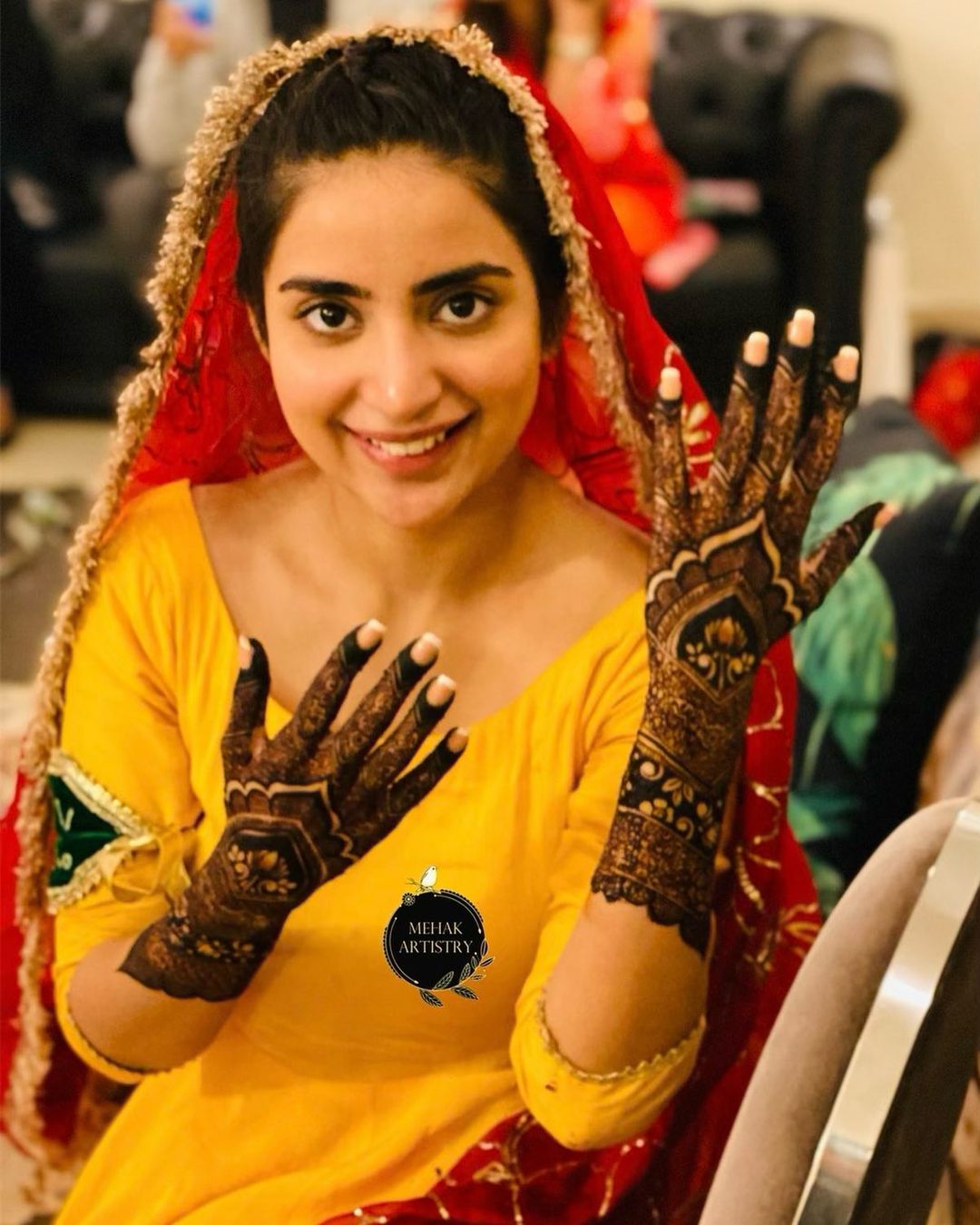 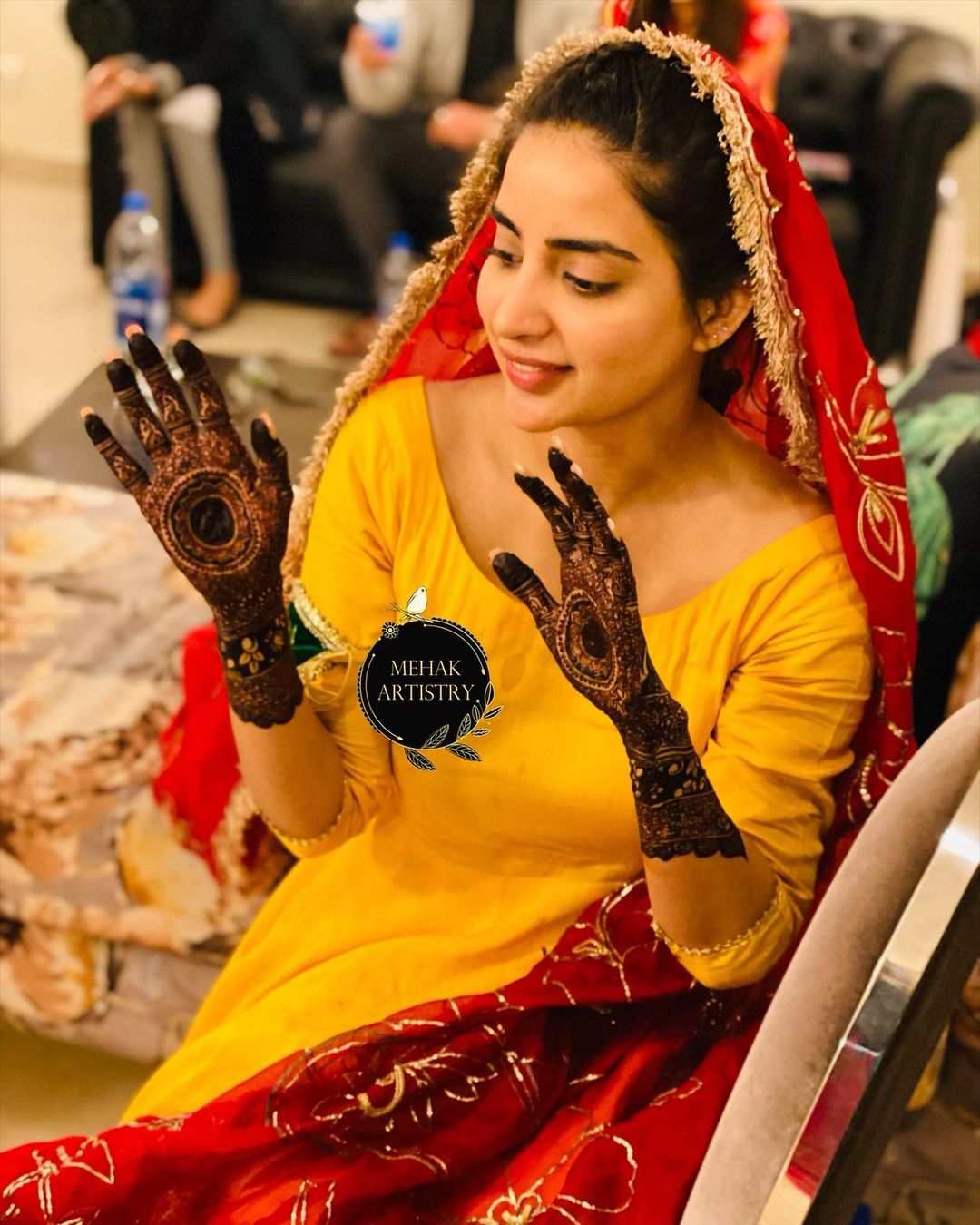 What do you think about this amazing mehndi? Let us know in the comment section below.