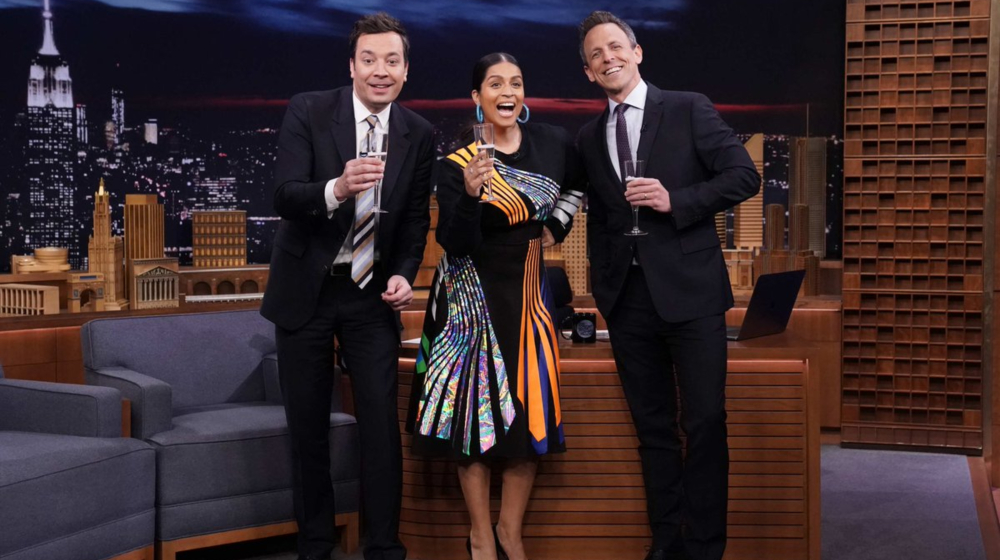 Indo-Canadian YouTuber Lily Singh is getting her own late night show on NBC. The YouTuber-cum-comedian broke the news on NBC’s The Tonight Show with Jimmy Fallon.

Lily Singh AKA IISuperWomanII announced that she would be replacing Carson Daly’s ‘Last Call’ on NBC with her own late-night show titled ‘A Little Late with Lilly Singh‘.

Lily was really excited about creating a show from scratch. She mentioned how she looked forward to making it inclusive.

Jimmy Fallon welcomed her to NBC’s late night family along with Seth Meyers who has the late night slot before her.

When Jimmy Fallon asked her what the show would be like, she mentioned that it would be similar to what she does on YouTube.

It’s official. Ya girl is getting her own @nbc late night show… A Little Late with Lilly Singh. Thank you so much for being here. I am truly so grateful. ❤️

Lily will have a 30 minutes slot where she does what a host normally does – invite guests and interview them. She will also create comedy sketches and segments for the show.

Lily Singh is an Indo-Canadian YouTuber that goes by the name of IISuperWomanII which is her YouTube alter ego (that’s what her YouTube channel is called).

She was titled one of the biggest YouTubers of her generation in 2016 when she was in Forbes 30 under 30 list. She is also one of the richest YouTubers making money on tours, merch and the works.

Lily is part of a new generation of stars that have used YouTube to gain a following. She had 7.5 million subscribers in 2016, a full five years after her first video.