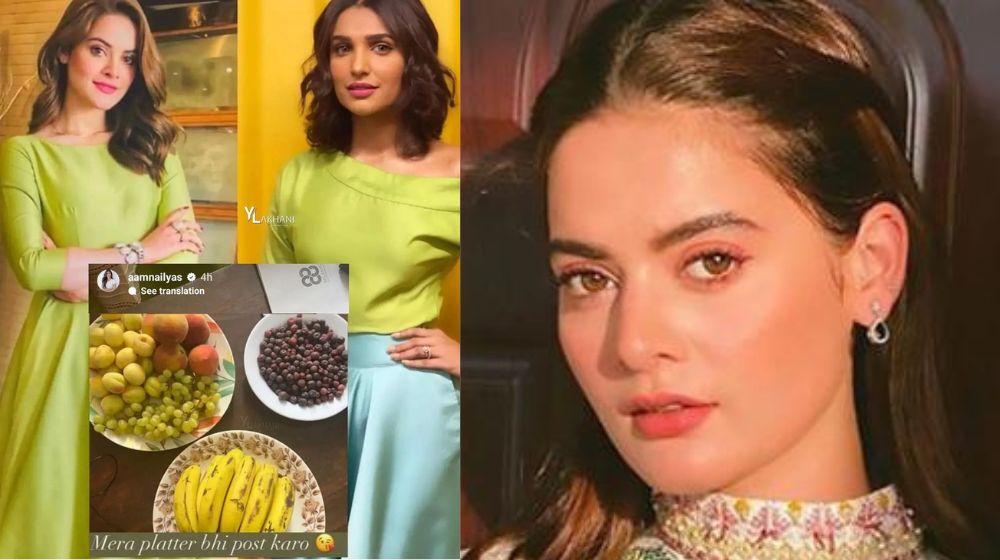 Lately, a lot of people are trolling Minal Khan for stealing the American star Kylie Jenner’s story. Earlier, Kylie took it to her gram and shared a story of a fruit platter which was reposted by Minal Khan later as her own. Due to this, the actress got brutally trolled.

Recently, Amna Ilyas too jumped the bandwagon of trolls and urged the Jalan actress to post her fruit platter too. 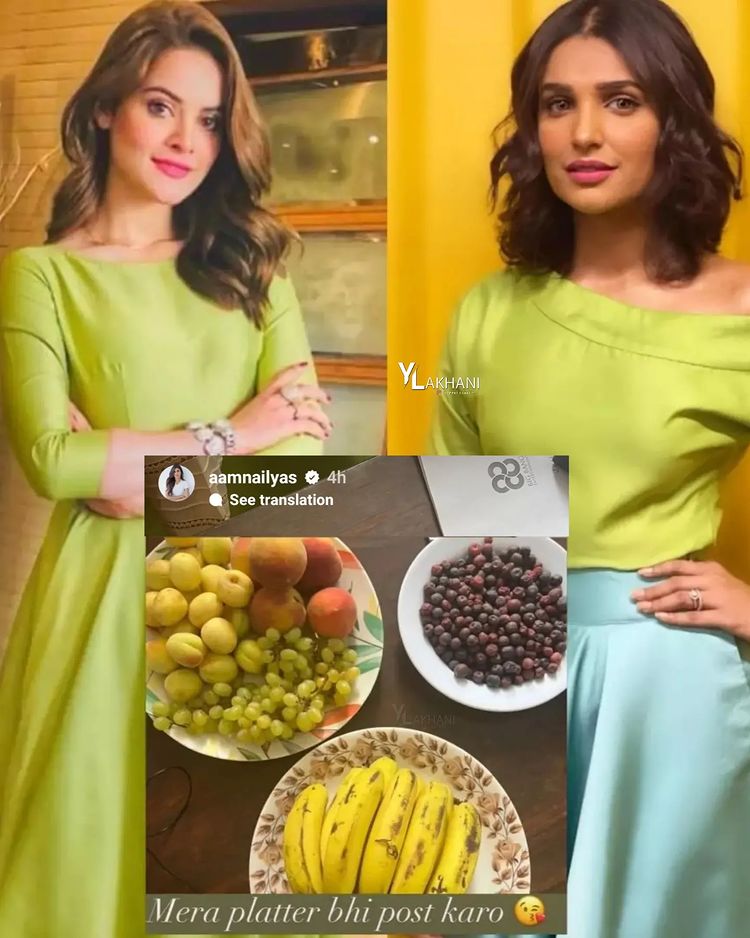 She captioned the photo

Khan unknowingly shared a story that she thought nobody would spot. But social media warriors were super quick to figure it out.

Embarrassed Minal, shared another story with a meme trolling her of copying to portray that she is not quite affected by it. 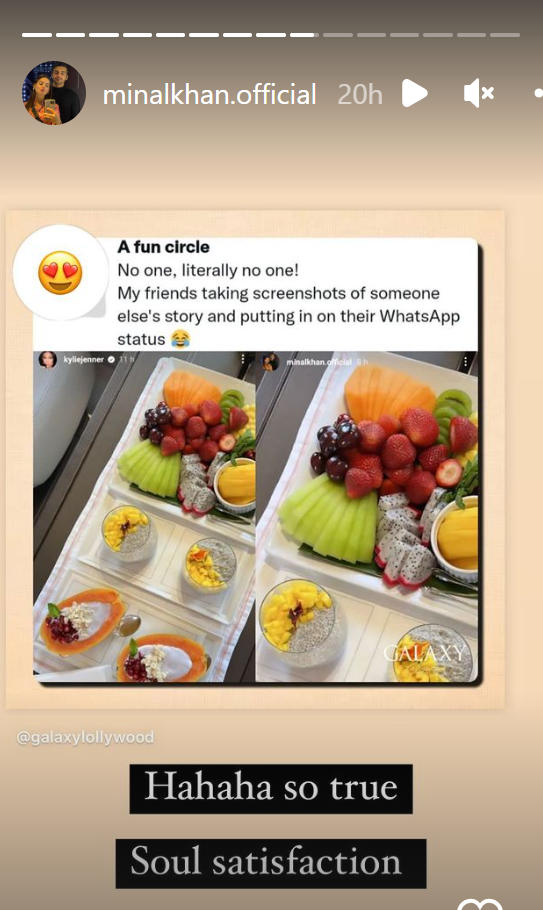 She wrote, “So true. soul satisfaction,” while laughing.

A few netizens poured out their opinions that Minal has a “fetish to look elite.” While another genuinely addressed on the off chance that she figured individuals in Pakistan don’t follow Jenner. Anyway, Twitter had its fair share of meme fodder and many have since been re-posting a similar fruit platter picture on their Insta handles trolling her.

While it’s okay to draw inspiration from others, straight-up stealing their content is not okay! That’s how Minal Khan ended up being brutally slammed.

The Jalan actress took an Instagram story shared by a global sensation and tried to pass it off as her own. The global celebrity in question is the world’s youngest self-made billionaire Kylie Jenner.

Netizens are asking, what made the Hassad actress think people would not notice, or that they do not follow the cosmetic tycoon, Kylie Jenner?