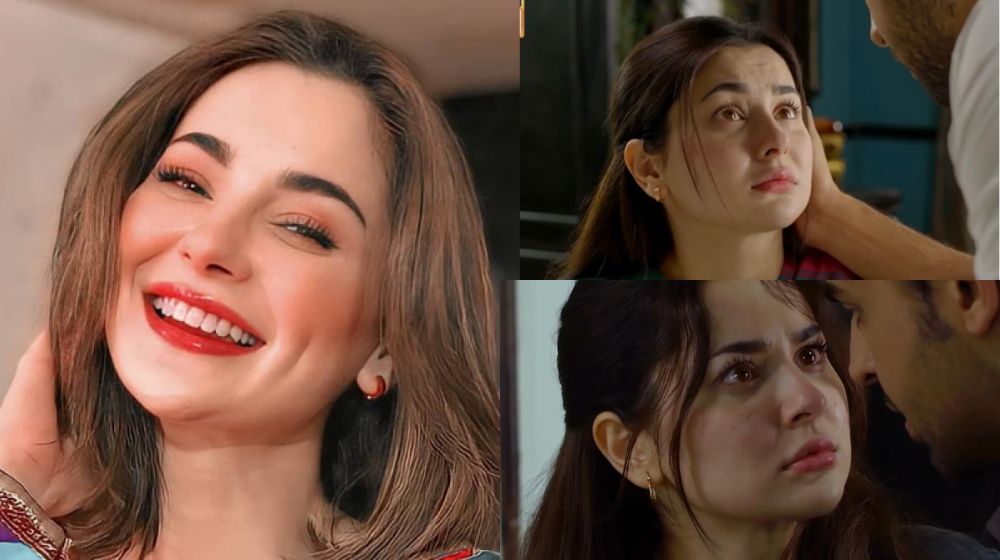 The television sensation Hania Aamir has been acing her acting game and growing her fan following by the day. There is no doubt that the diva is a brilliant actress and she pours energy into every character she plays.

Her characters and their punch lines become famous and quite viral. Be it Rumaisa in Ishqiya, Sanam in Dilruba or Hala in Mere Humsafar. All of these characters were completely discrete, and Hania played them with quite a mastery. 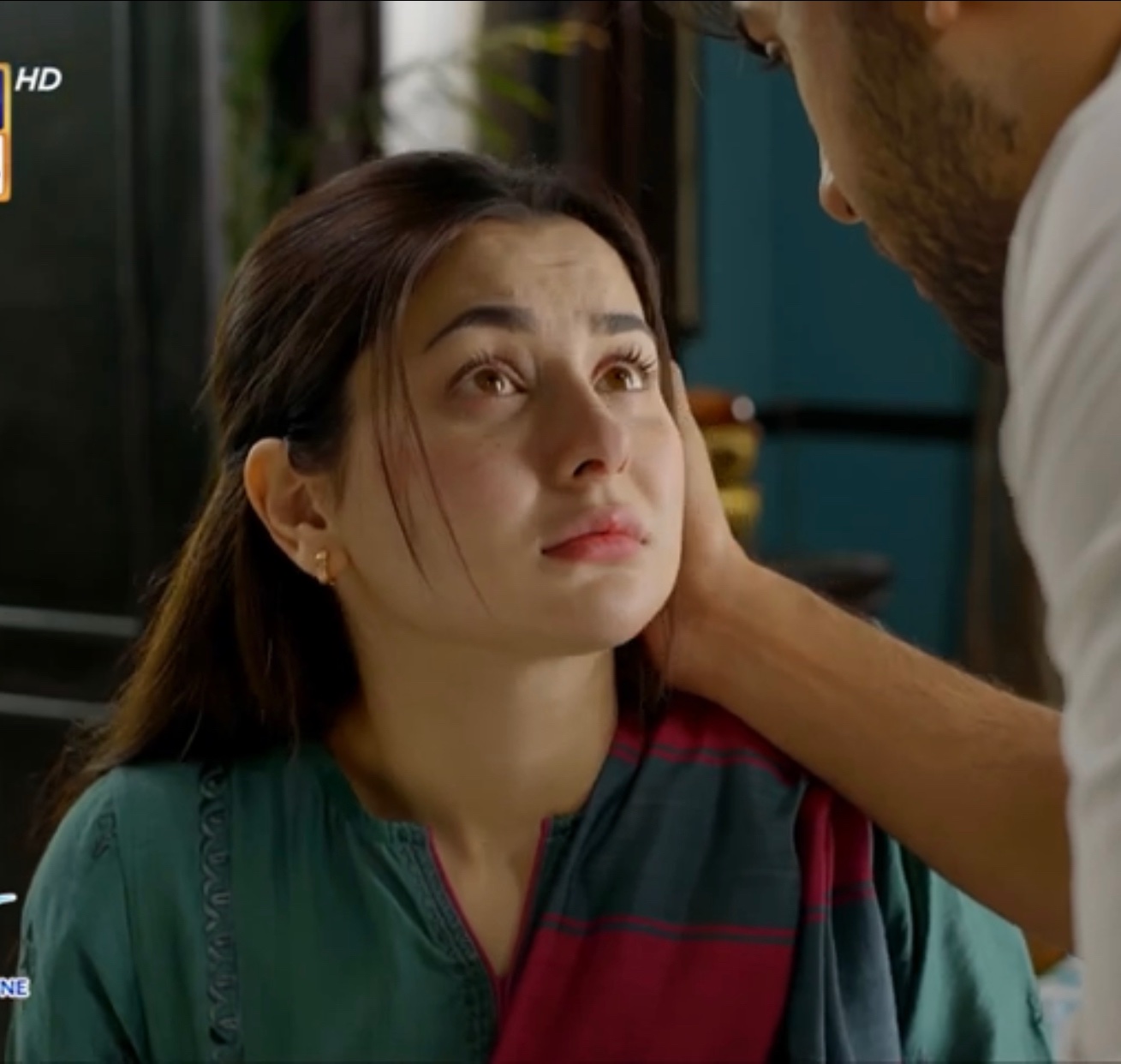 Aamir is on top of her game these days and winning hearts with her performance in Mere Humsafar. Deprived of love, compassion and care, poor Hala was a victim of her mother-in-law’s sheer hatred, she tries hard to save her relationship with Hamza. Her bitter past and wrong choice about Khurram stand in the way of her happiness. Will she be able to escape this challenge? Well! we will see as the story will unroll. 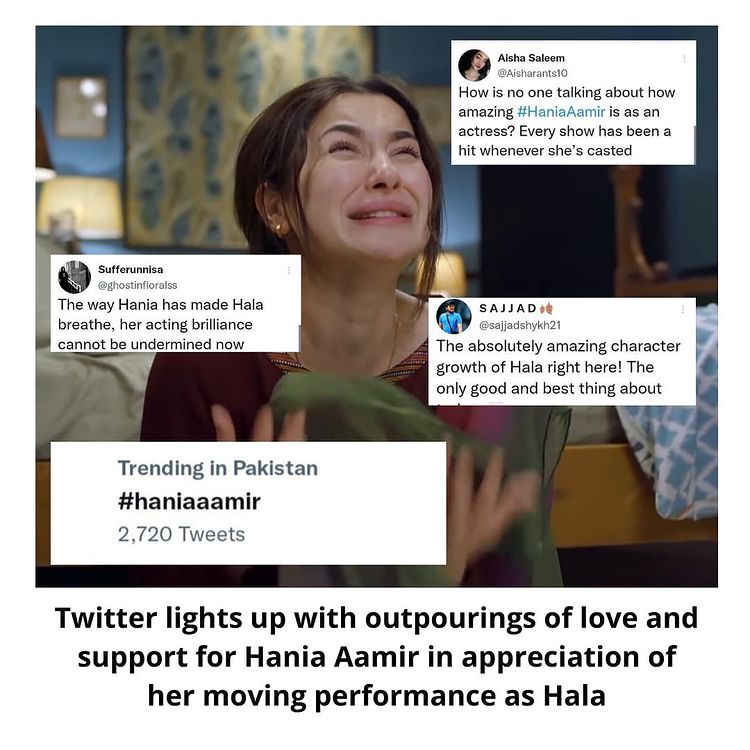 Meanwhile, Hala has become the talk of the town and is being highly appreciated and loved by fans!

The Ishqiya star is trending on Twitter, and winning the hearts through her innocent character fighting the world alone. The story, the OST, the characters and the romance between Hala and Hamza are stirring their magic on screen.

People are loving the crackling chemistry between Hala and Hamza and the way Hamza defends and protects her. The cruelty of Saba Hameed and the innocence of Hala has fans hooked.

Hania deserves a lot more recognition than she gets, as an actor, for her performances. I said what I said.#MereHumsafar #HaniaAamir pic.twitter.com/HNF82jAsgl

If i was hala I would’ve just started praying until they all were calm lol#HaniaAamir pic.twitter.com/5I70BcCCHG

The absolutely amazing character growth of Hala right here! The only good and best thing about today 🤍#MereHumsafar #HaniaAamir pic.twitter.com/hHRKFEF3df

Why problem are not finished in Hala life 🥺😭#HaniaAamir pic.twitter.com/vcBLWQJwOC

The dialog of Hamza & Dadi about the oath of the holy "Quran" and v well written. Everything they said touched my heart ❤️ And the way #Halza becoming strong day by day is too good & her belief on "ALLAH" is up to the mark 👍😌 #MereHumsafar #FarhanSaeed #HaniaAamir pic.twitter.com/MtmXNS4uOD

She really Can Play Any Role !

They both are SIMPLY phenomenal Actors. I don't think anyone could've Played "Hamza & Hala" better than them. They Portrayed their characters so Realistically. They should definitely win all the Awards this year for chemistry & Acting. #FarhanSaeed #HaniaAamir #MereHumsafar pic.twitter.com/Lhuiau4LIc

— cutie was trending yesterday 🥺💗
deserves every bit of appreciation for her performance ❤️#HaniaAamir pic.twitter.com/qw5PmNwHXX

Appreciation tweet for Hania because I'm still not over how incredible she was in last night's episode. Hala's disbelief and heartbreak looked insanely real in this scene. WHAT AN ACTOR! 💯💕#HaniaAamir #MereHumsafar pic.twitter.com/NRxlSYqYBf

The duo previously had shared the screen for Asim Jofa’s Piyaar Sufiyana and there was no denying the fact that the two had unbelievable chemistry.

Hania Aamir is one of the biggest names in the Pakistani showbiz industry. The young diva is a household name due to her charming personality and beautiful looks. The 25-year-old gave stellar performances in hit drama serials such as Ishqiya and Dil Ruba. The actress made quite a name for herself in the blockbuster feature film Parwaz Hai Junoon.