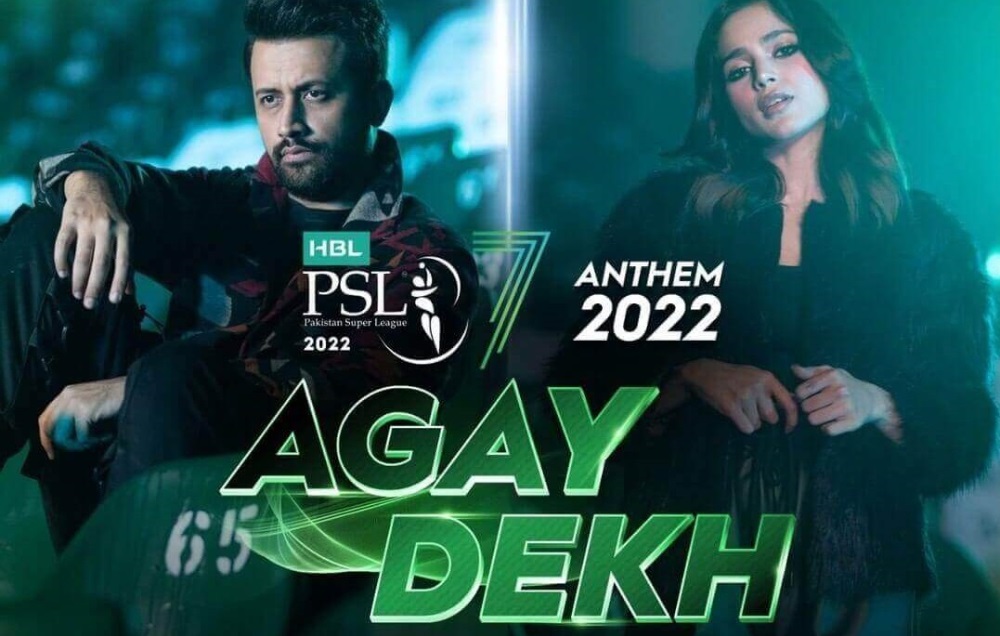 We finally got the much-anticipated anthem for PSL 2022. The song “Agay Dekh” by Atif Aslam and Aima Baig was released on Monday to much fanfare. The song already has over a million views on YouTube! Check it out!

While everyone is in love with Atif Aslam and Aima Baig’s cool performance, the internet has “mixed” feelings for the new anthem. Here are a few reactions to “Agay Dekh” by Aima and Atif Aslam.

Apparently, fans now “love” the PSL anthem from last year. The same anthem that got trolled on social media for as “the worst PSL anthem of all time”. Time has changed.

While others love the new anthem for Atif Aslam’s star power.

ATIF ASLAM! Is there anything you can't do? 🔥🔥🔥
LIT #PSLAnthem #PSL7 pic.twitter.com/UO3DvhHKrP

Then there are those rigged fans who still cannot get over Ali Zafar’s 2018 PSL anthem. The internet is in divide, who they like best, Atif Aslam or Ali Zafar.

You can appreciate one without degrading another – If you don't know something exactly then don't talk shit please.

I am fan of both , both are best and also this anthem is so good 🤩❤️.#AtifAslam • #AliZafar pic.twitter.com/sqMff9WGaD

However, this guy is stuck in the early 2000s. Though we have to admit, this was indeed a banger!

The only Anthem I love❤️! Bring them back 😭#PSLAnthem pic.twitter.com/ToheoDMGMo

Some people love “Agay Dekh”, saying that music is “uplifting and energetic”. Fans are even praising the chemistry between Aima Baig and Atif Aslam. However, most of the diehard fans are not fully impressed by the new anthem, expecting “a little more” from PSL 7. While many enjoy “Agay Dekh“, fans believe the song has an experimental feel to its composition that majority of the audience may not enjoy.

What do you think about PSL season 7’s new anthem “Agay Dekh” featuring Aima Baig and Atif Aslam? Share your thoughts in the comment section below.