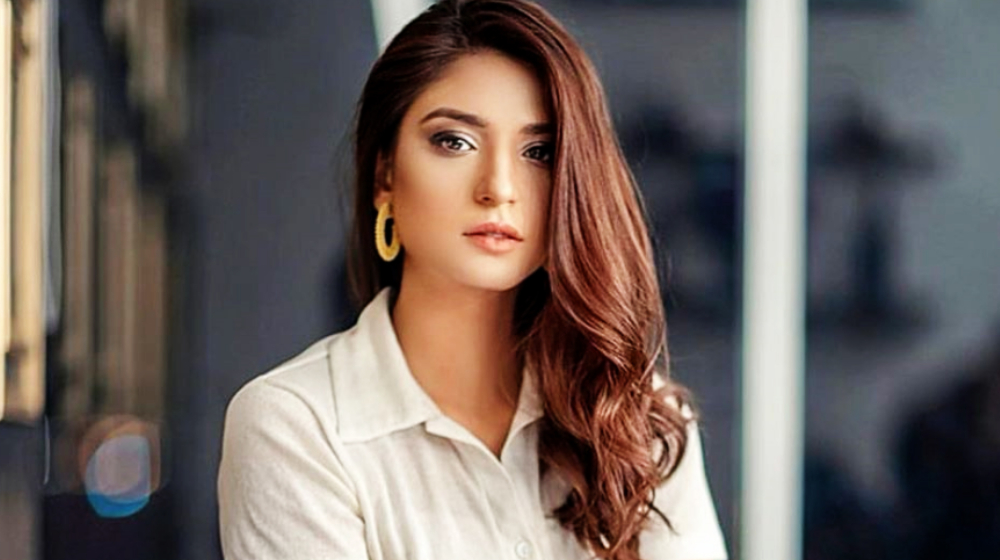 Actress Ramsha Khan left the jaws on the floor with her recent pictures in a gorgeous blue saree. She looked breathtakingly stunning in a ruffled blue saree by Namah with a heavily embellished blouse. 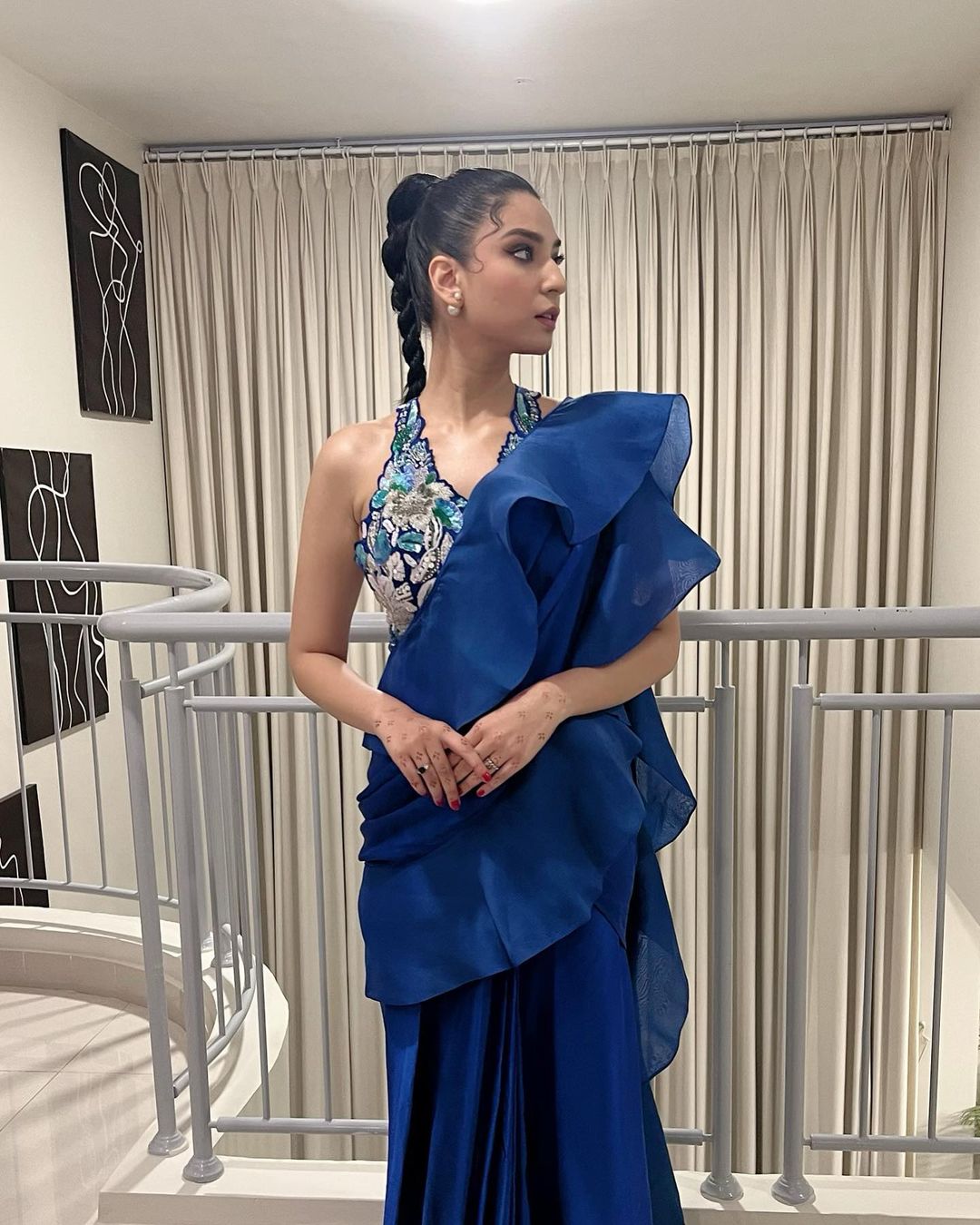 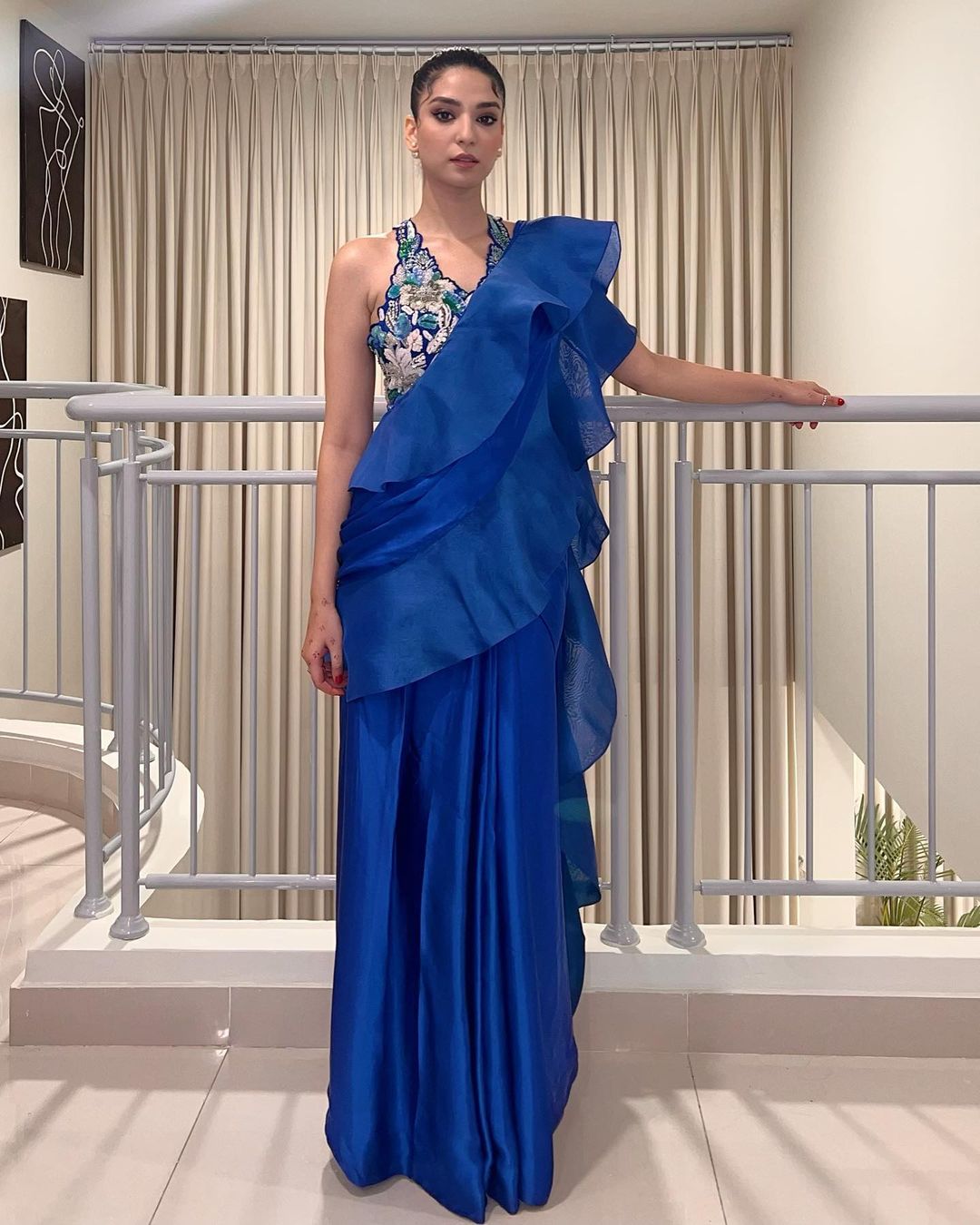 Ramsha opted for a sleek high braid with kohl-laden eyes and nude lips. She went for minimal jewelry to make her look perfect for the evening out. 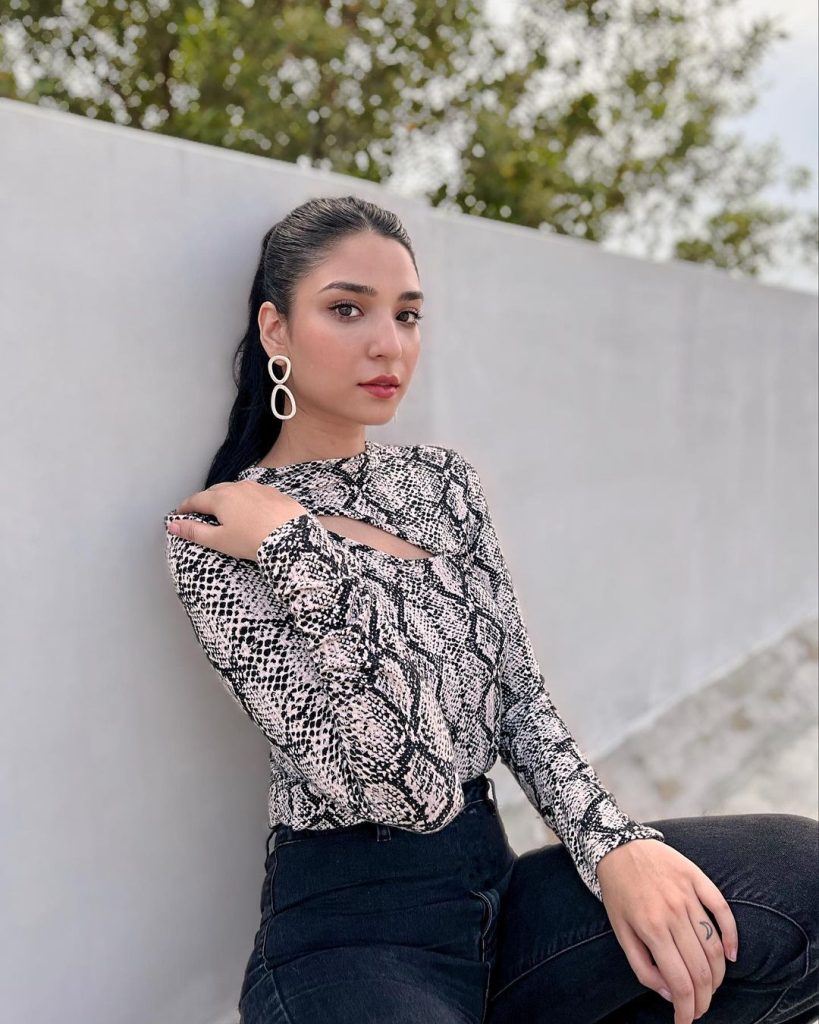 Ramsha Khan is an up-and-coming Pakistani TV actress who is quickly gaining a large fan following on social media. The talented actress has grown in popularity within a very short span of time in the showbiz industry. 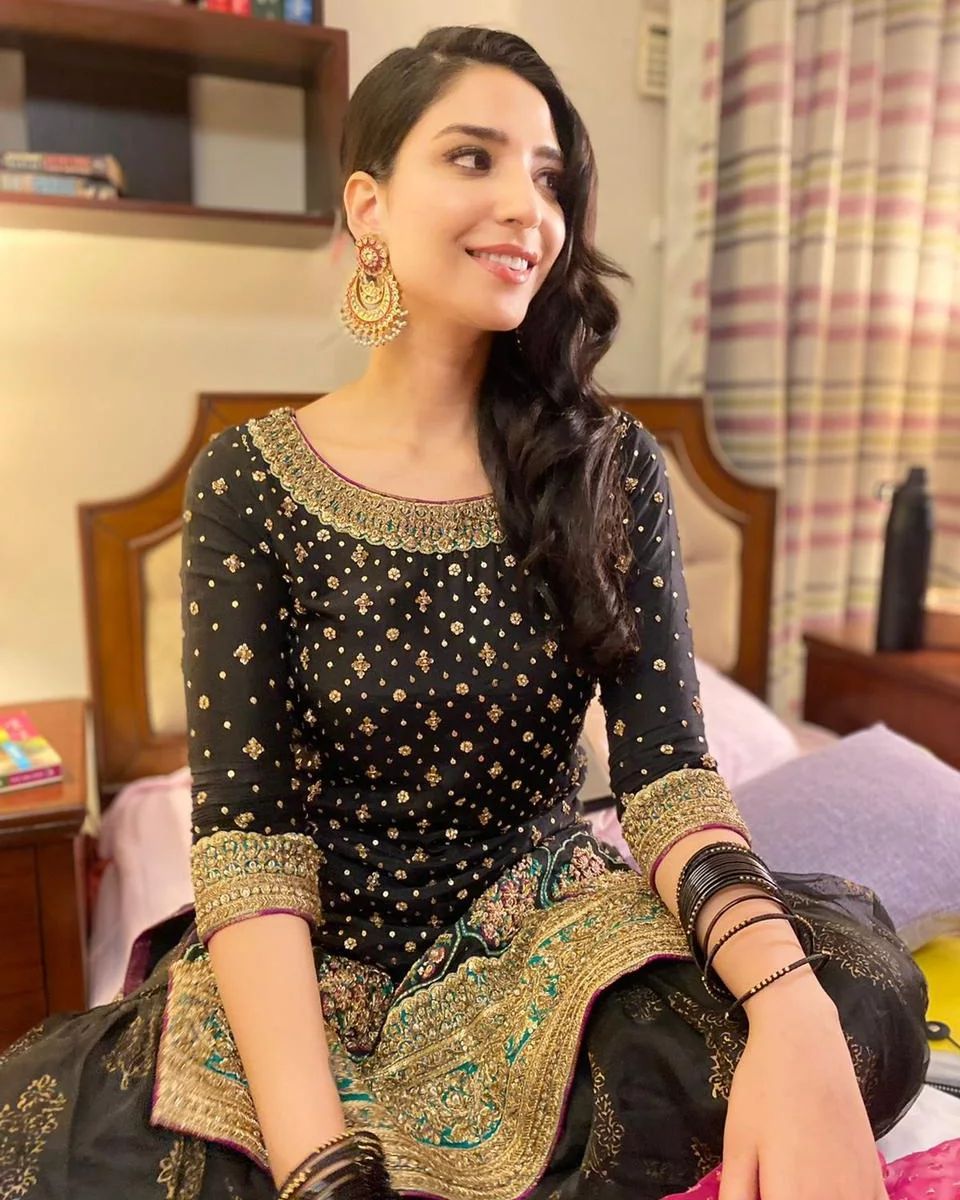 She made her debut in the coming-of-age film Thora Jee Le. And later went on to work in several successful drama serials. Such as Mah-e-Tamaam, Khud Parast, Kaisa Hai Naseeban, Hum Tum, and Ishqiya. 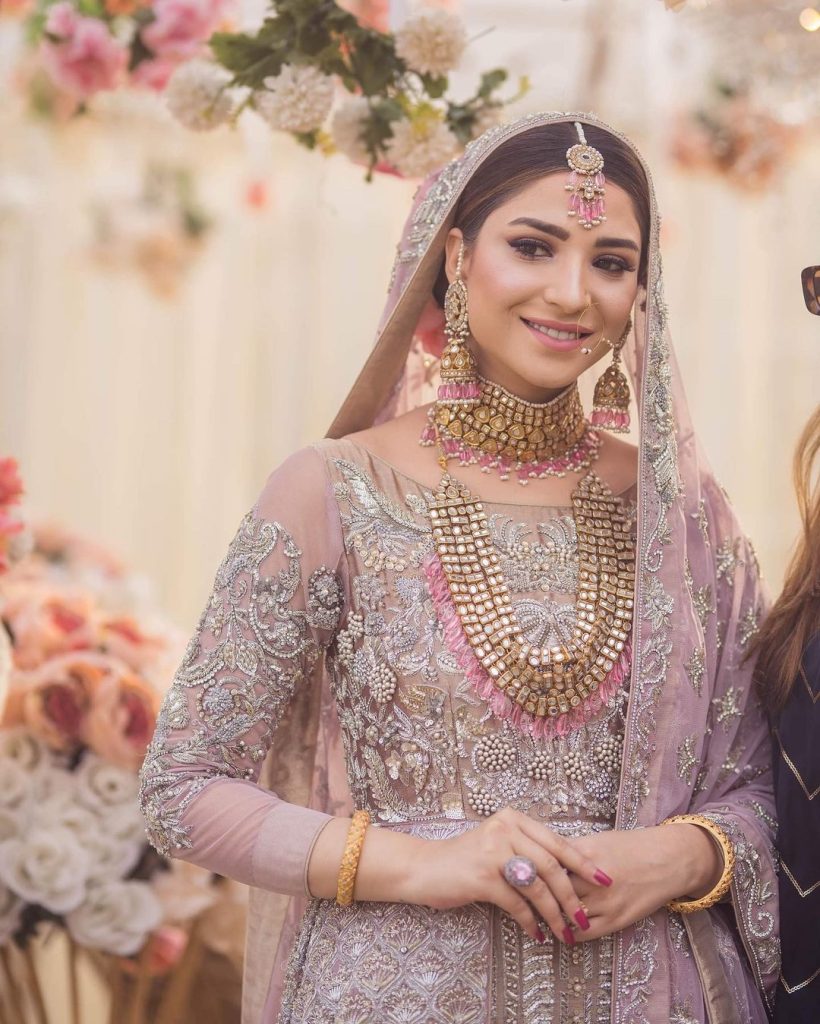 She was last seen in the drama serial Hum Tum and Sinf-e-Ahan along with some big names in the industry and garnered praise from all around.

The starlet along with being an amazing actress is also a fashionista and time and again made the fans swoon over her sartorial choices.

Last year, the rumor mill had been a buzz that Bilal Abbas and Hum Tum starlet had been dating since their debut film and later broke up. Amid these breakup speculations, a fake chat of Ramsha was also released deeming Dobara star as a ‘disgraceful ex’.