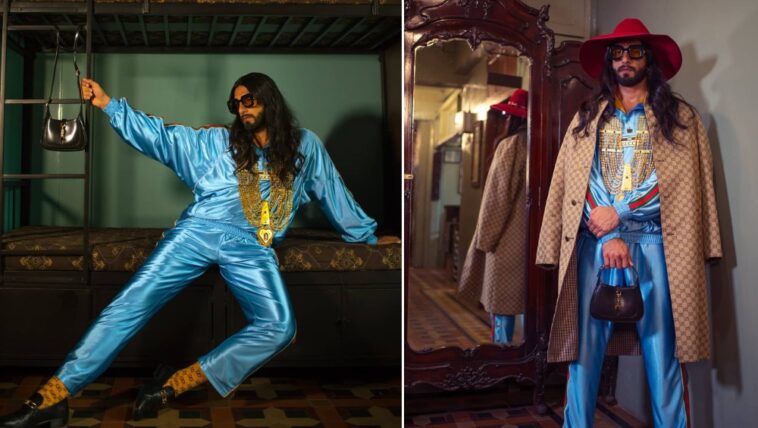 Bollywood actor Ranveer Singh makes headline across social media, but for all the wrong reasons. The flamboyant Indian actor has a knack for pulling off unusual looks and styles. The Gully Boy‘s latest Gucci-inspired look has spawned a whole variety of hilarious memes on Twitter. 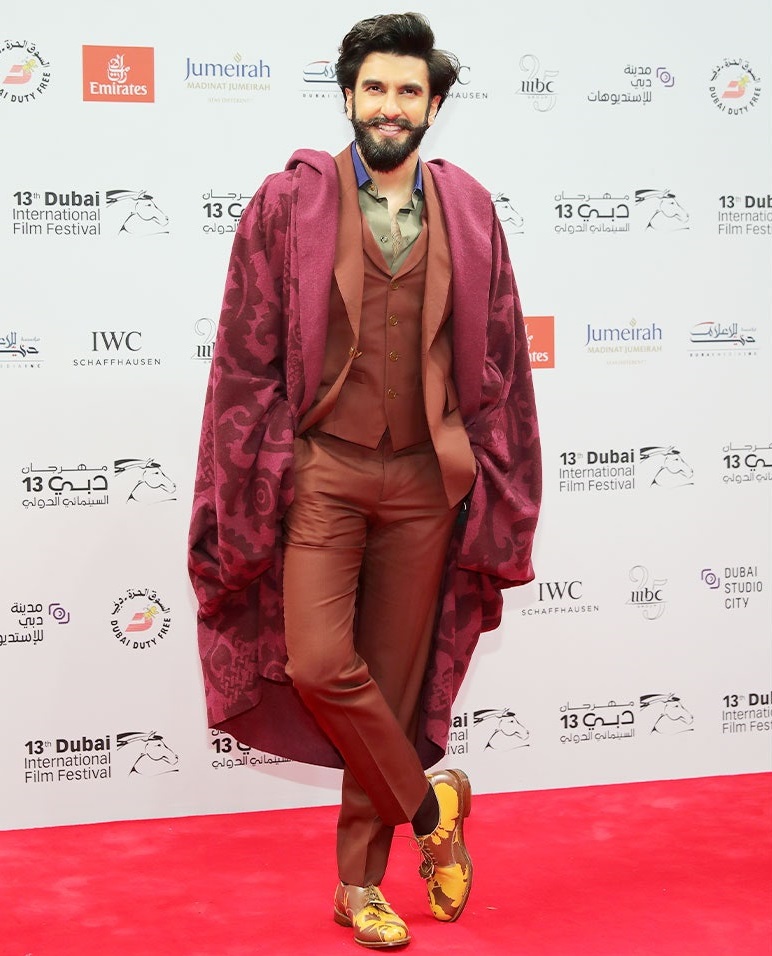 Ranveer Singh is one of the most popular stars in the Bollywood industry. Known for his charisma and quirky looks, the 35-year-old is a phenomenal actor but his sense of style is all over the place. Determined to be the next fashion trendsetter in India, the Padmaavat star is always trying out new looks. 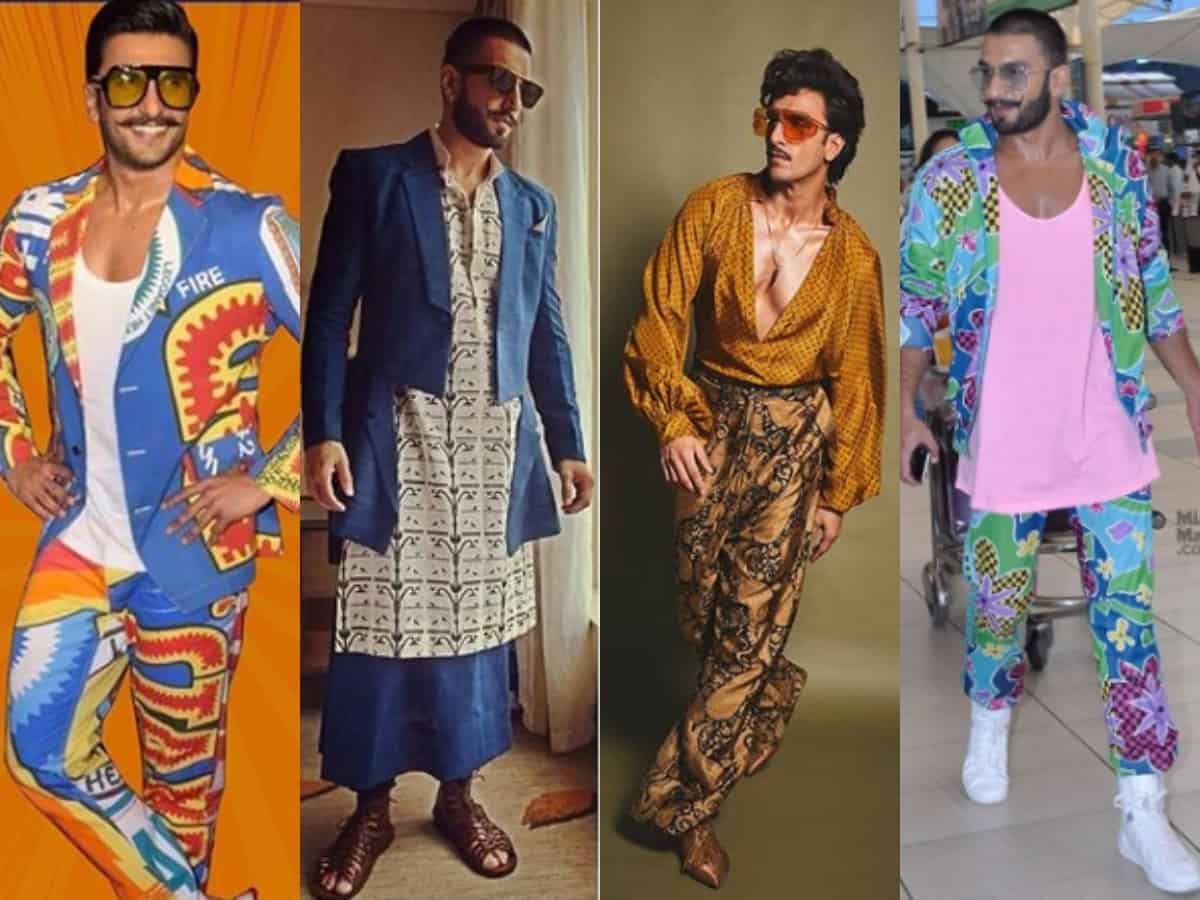 This time around, Gully Boy is back with some “Italian flamboyance” that, even by Ranveer’s usually unusual standards, is a bit wack! Recently, Ranveer took to his social media account on Instagram to share a series of back-to-back clicks in a shiny sky-blue Gucci designer tracksuit (We’re just getting started). The look is “completed” with a huge gold necklace, some oversized tinted shades, and long flowy locks that would put Deepika’s to shame. Check it out! 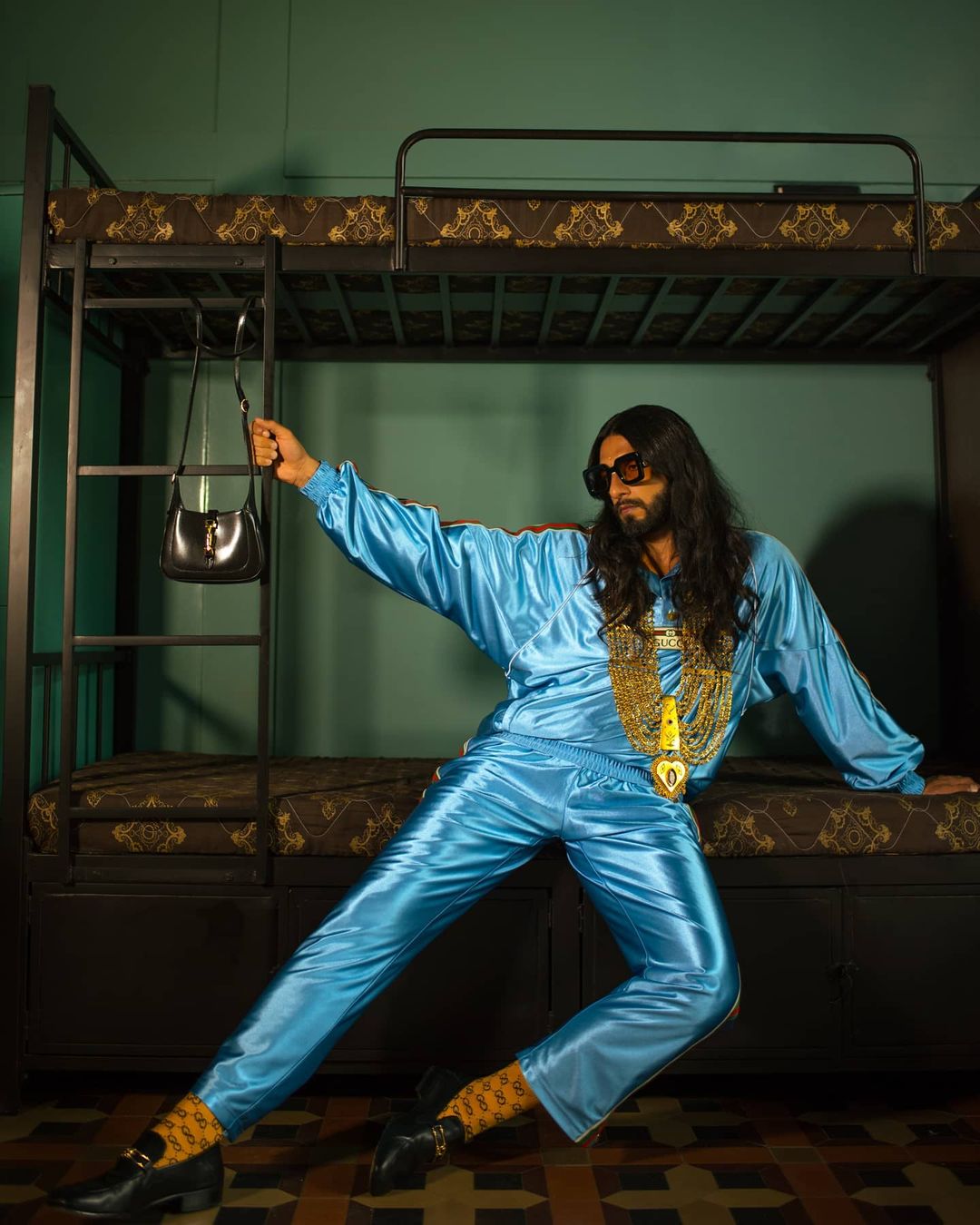 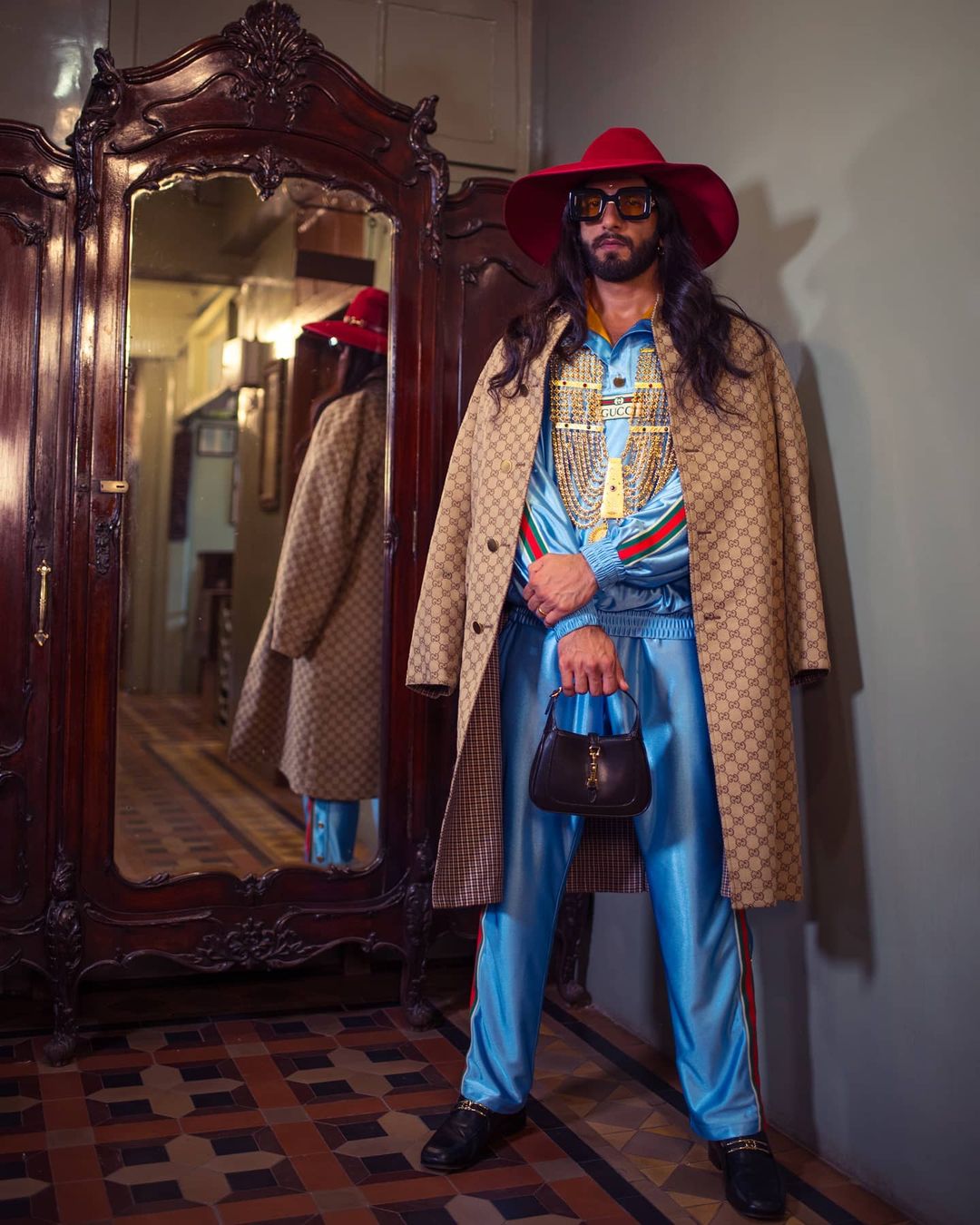 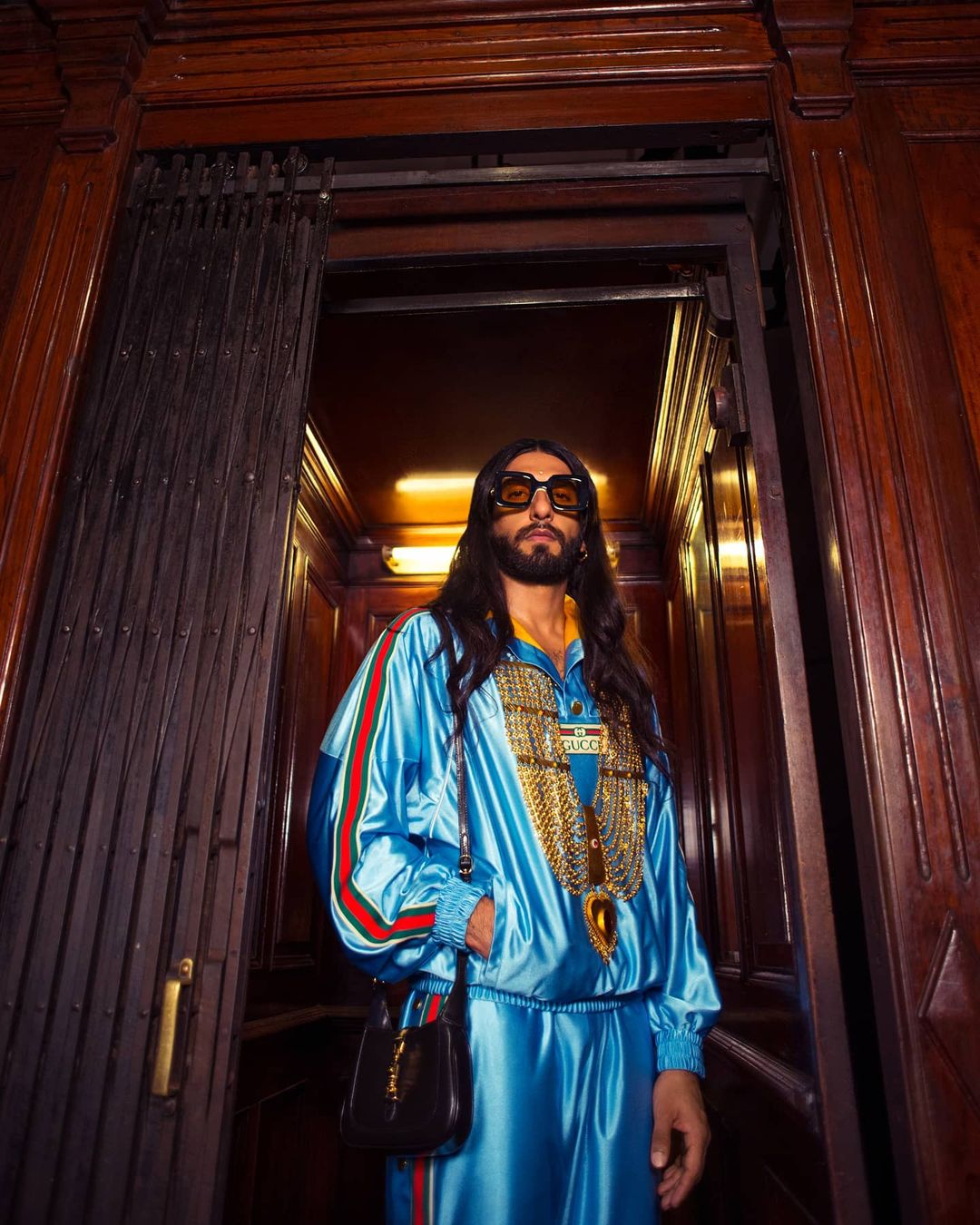 The first click is near a bunker bed, the second has Ranveer in a monogram trench coat (also Gucci!) over his shoulder and red hat as he holds a Black Jackie bag with a vintage mirror to his side. And finally, the third one appears to be near an old elevator.

Needless to say, the internet had a field day with Ranveer’s “stylish” clicks. Here are a few hilarious memes on Twitter.

#RanveerSingh
"Deepika buys jewelleries and clothes for her"

*Me reserving seat for my Frnds in General compartment*🚂#RanveerSingh pic.twitter.com/Q5jeNxy7JL

Conductor of every bus at entrance of the bus…..
#RanveerSingh pic.twitter.com/qba6snV4Mx

When your girl went to change and you are waiting outside trial room holding her stuff. #RanveerSingh pic.twitter.com/Kdoscx7tmp

Deepika looking for her handbag & necklace 🧐👀

What do you think about Ranveer Singh’s unique new style, more importantly, what must be going through Deepika’s mind right now? Share your thoughts in the comments below. 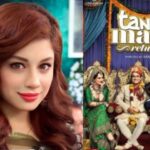 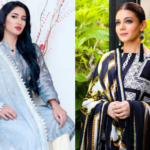