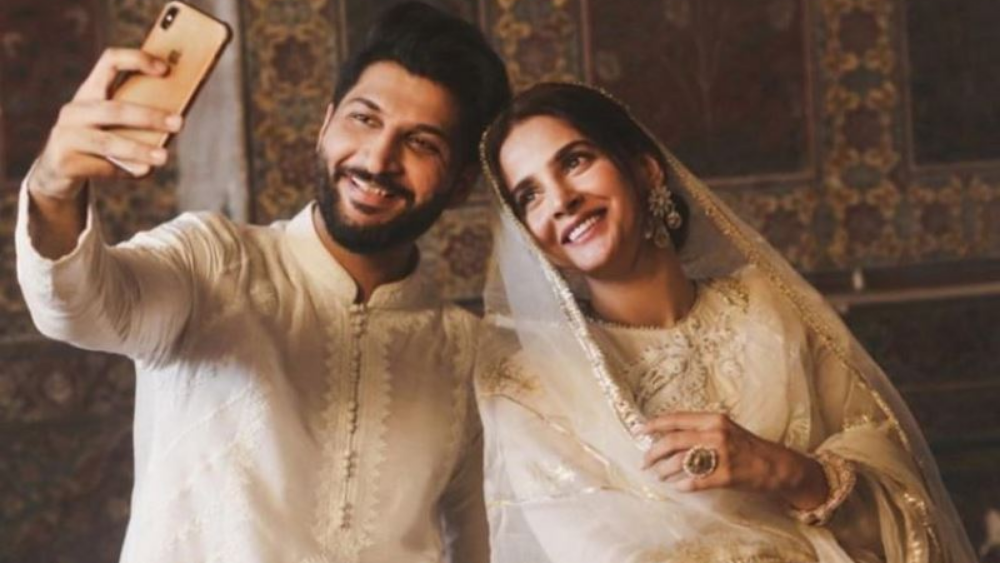 We all remember when Saba Qamar and Bilal Saeed landed in legal trouble over the Qubool Hai music video. Turns out now they’re looking at indictment in that case.

A Lahore court has fixed a date to indict actor Saba Qamar and singer Bilal Saeed for shooting and filming videos at Wazir Khan Mosque. The case was heard by a Judicial Magistrate. Singer Bilal Saeed appeared in the court along with his lawyer Barrister Hamid Leghari. A burqa-clad Saba Qamar was also present in court, reported Express Tribune.

The challan was submitted to the court by the prosecutor. For now, the court has adjourned the hearing of the case till October 14. The court directed for copies of the challan to be provided to the accused at the next hearing.

Charges against the artists include violation of the sanctity of the mosque during the shooting of the music video. The court had earlier issued arrest warrants for the Baaghi star and the Baari singer in the case.

At the last hearing, the court had cancelled the arrest warrants and ordered the collection of security bonds of Rs 30,000 from the accused. The court also ordered both the accused to appear in person.

The Qubool Hai music video scandal dates back to August last year. The music video went viral on social media causing an uproar. People alleged Saba Qamar and Bilal Saeed violated the sanctity of the historic Wazir Khan Mosque in Lahore by shooting sequences of the music video in the mosque.

Bilal Saeed clarified that only the nikkah scenes were filmed in the mosque, but the outrage didn’t let down. The video was widely condemned on social media by religious circles.

A case was registered against the artists at Akbari police station in Lahore on the complaint of Farhat Manzoor Khan for violating the sanctity of the Wazir Khan Mosque.