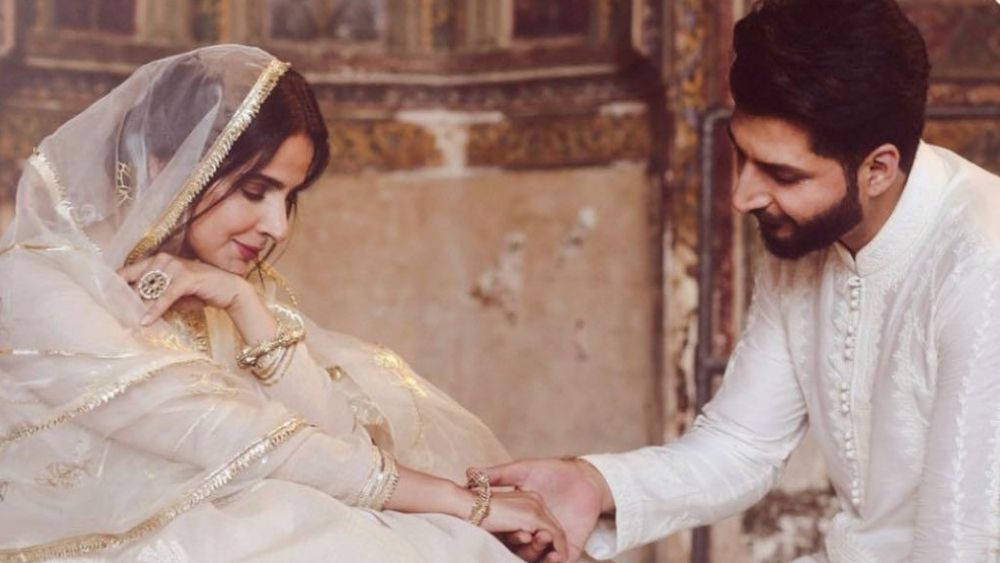 It was earlier reported that a judicial magistrate in Lahore issued arrest warrants against Saba Qamar and Bilal Saeed regarding the filming of a music video inside the Wazir Khan mosque. As the news spread like wildfire on social media, their legal advisors clarified that no arrest warrants were ever issued. Instead, the artists had applied for the withdrawal and cancellation of bailable warrants, which the court has accepted.

On behalf of their clients, the legal firm released a press release, explaining that Saba Qamar and Bilal Saeed had applied for the withdrawal and cancellation of bailable warrants on September 8, 2021, and the application was accepted by the Court on September 9, 2021. 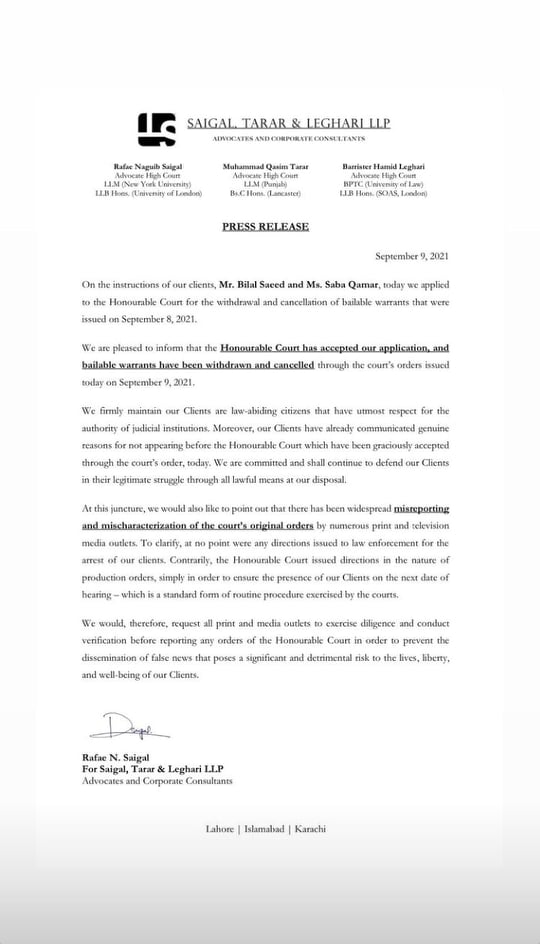 A lot of people, confused the bailable warrants with arrest warrants, which resulted in the ‘widespread misreporting’. The press release states,

“We would also like to point out that there has been widespread misreporting and mischaracterization of the court’s original orders by numerous print and television media outlets.”

“To clarify, at no point were any directions issued to law enforcement for the arrest of our clients. We would, therefore, request all media outlets to exercise diligence and conduct verification before reporting any orders of the Honourable Court in order to prevent the dissemination of false news that poses a significant and detrimental risk to the lives, liberty and well-being of our clients.”

The Lens team would also like to apologize to the artists and to our readers for unintentionally taking part in spreading misinformation. We take responsibility for our actions and promise to conduct thorough research in the future.