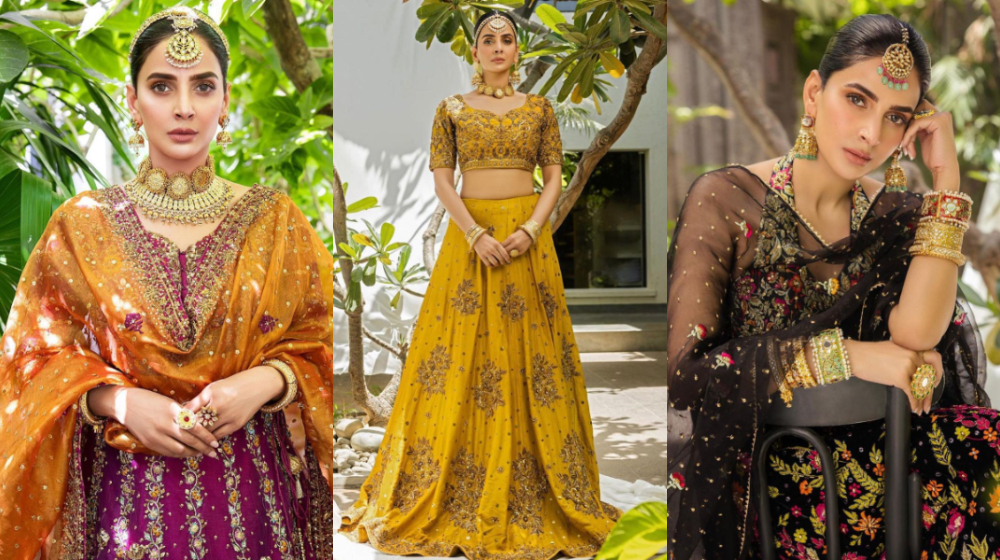 The gorgeous and talented diva Saba Qamar along with being a phenomenal actress is also a style icon. Her every outfit becomes a fashion wish-list item on social media. The star’s recent shoot in bridal attires is truly breathtaking. She proved that she can ace any style with sheer grace. 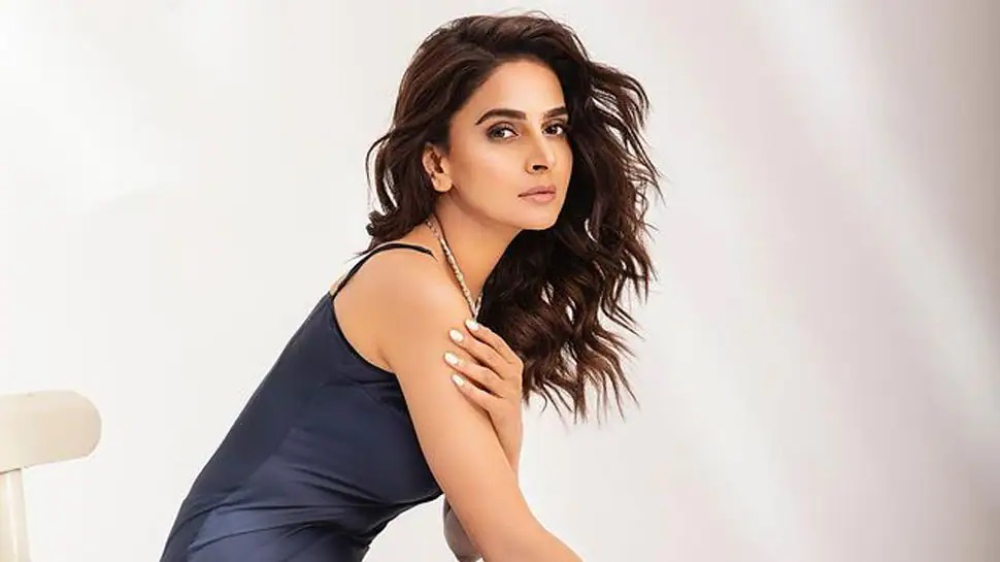 Saba Qamar is one of the biggest stars in the Pakistani entertainment industry. The beautiful starlet is a household name nationwide as well as across the border. Fans loved her performances in popular drama series like Cheekh, Digest Writer, Baaghi, and Besharam to name a few. 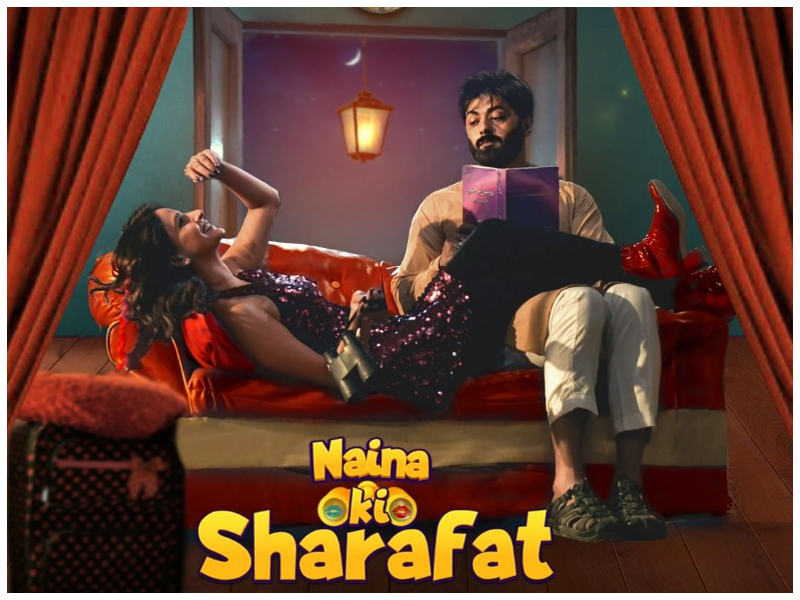 On the work front, we are going to see this talented diva in a number of projects. After a long hiatus, the star will pair up with handsome Ahsan Khan on our television screens in the drama serial Fraud. She is also made her debut on Urduflix in the web series Naina Ki Sharafat. The Baaghi star is also starring in web series by Indian streaming platform ZEE5 along with the handsome Nauman Ijaz in Mrs & Mr. Shameem. 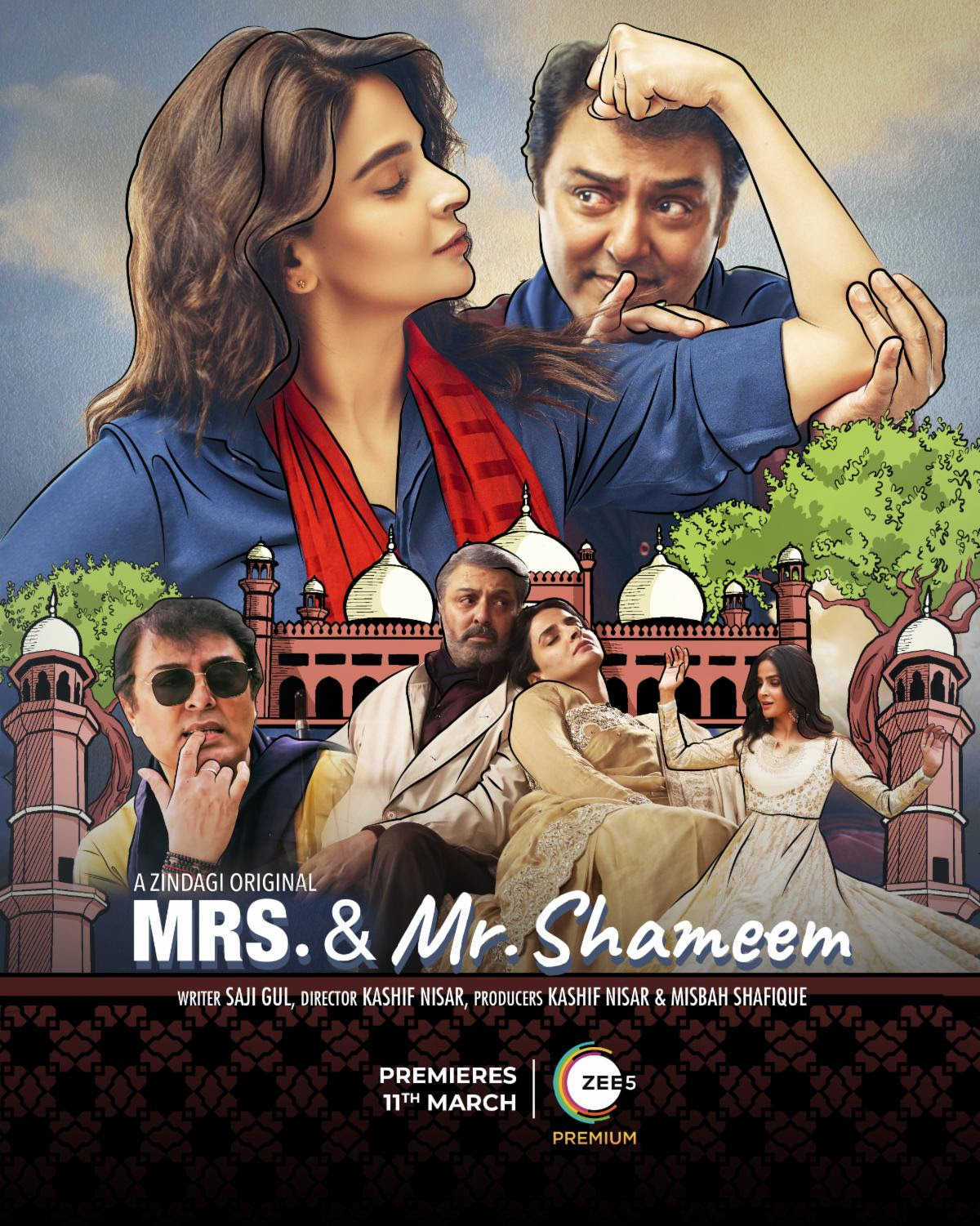 The diva’s new film Ghabrana Nahi Hai hit the top charts as soon as its release this Eid. Her other film Kamli is already bagging praises before its release because of its exciting content. 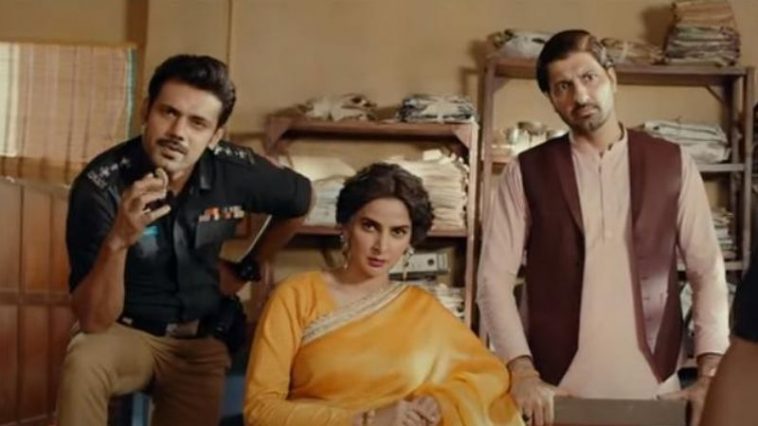 The Hindi Medium starlet is not only an amazing actress but also a fashion diva. She surely knows how to rock any look be it chic western attires or glamorous eastern outfits. Her recent shoot for Hello magazine came up on the internet and captured the hearts of millions. She is looking utterly stunning in bridal attires by Ansab Jahangir. We can’t stop drooling over these vibrant dresses perfect for summer weddings. 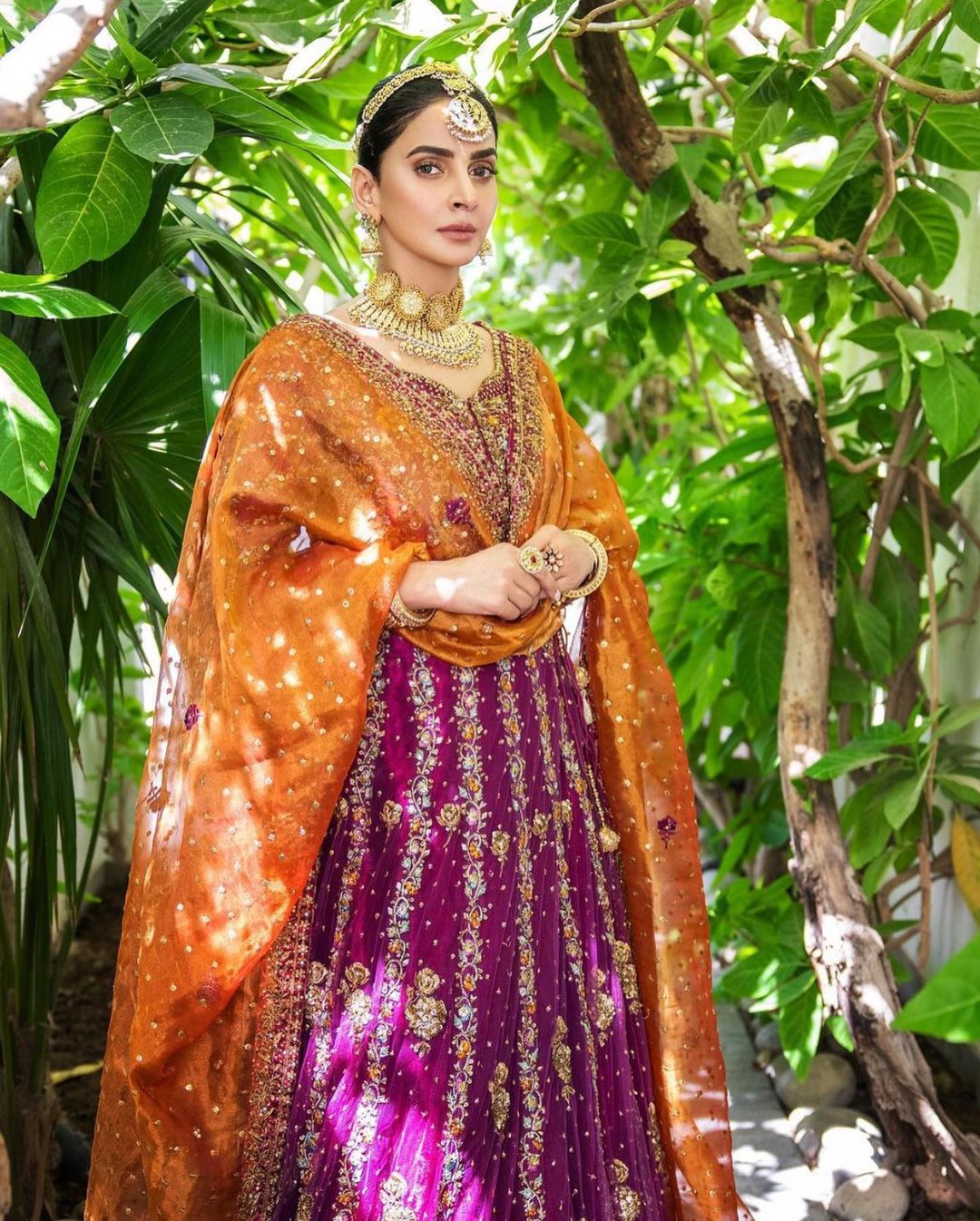 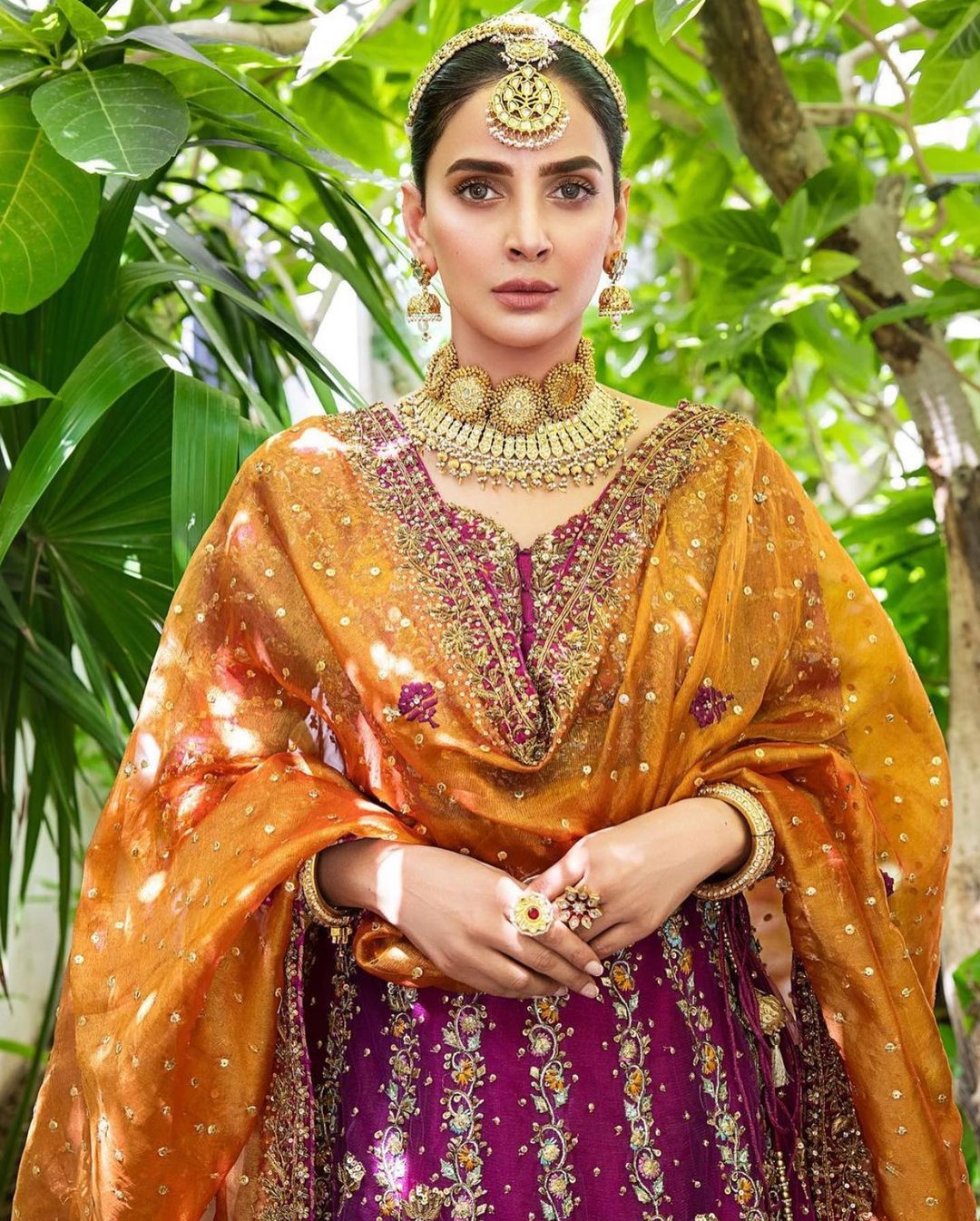 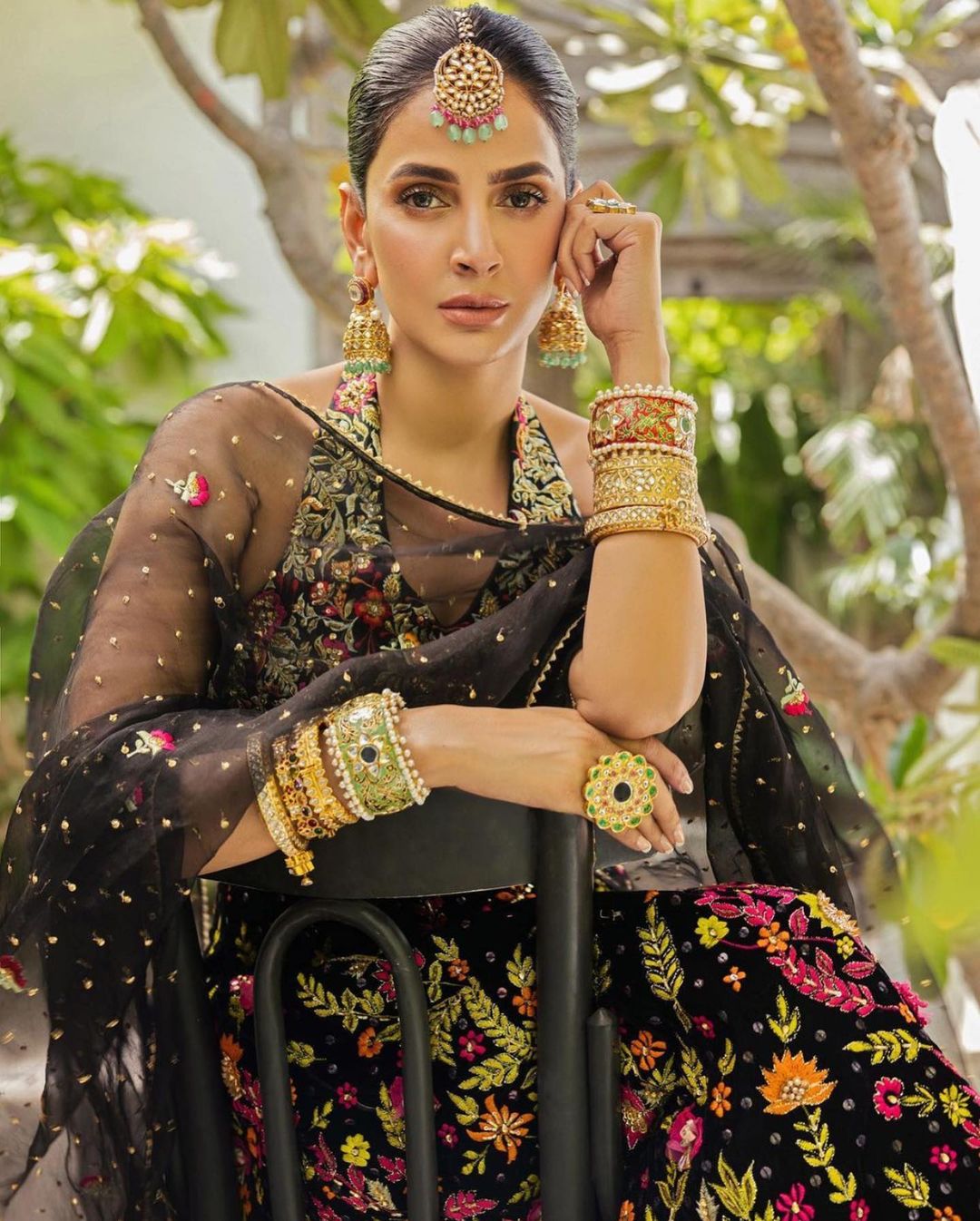 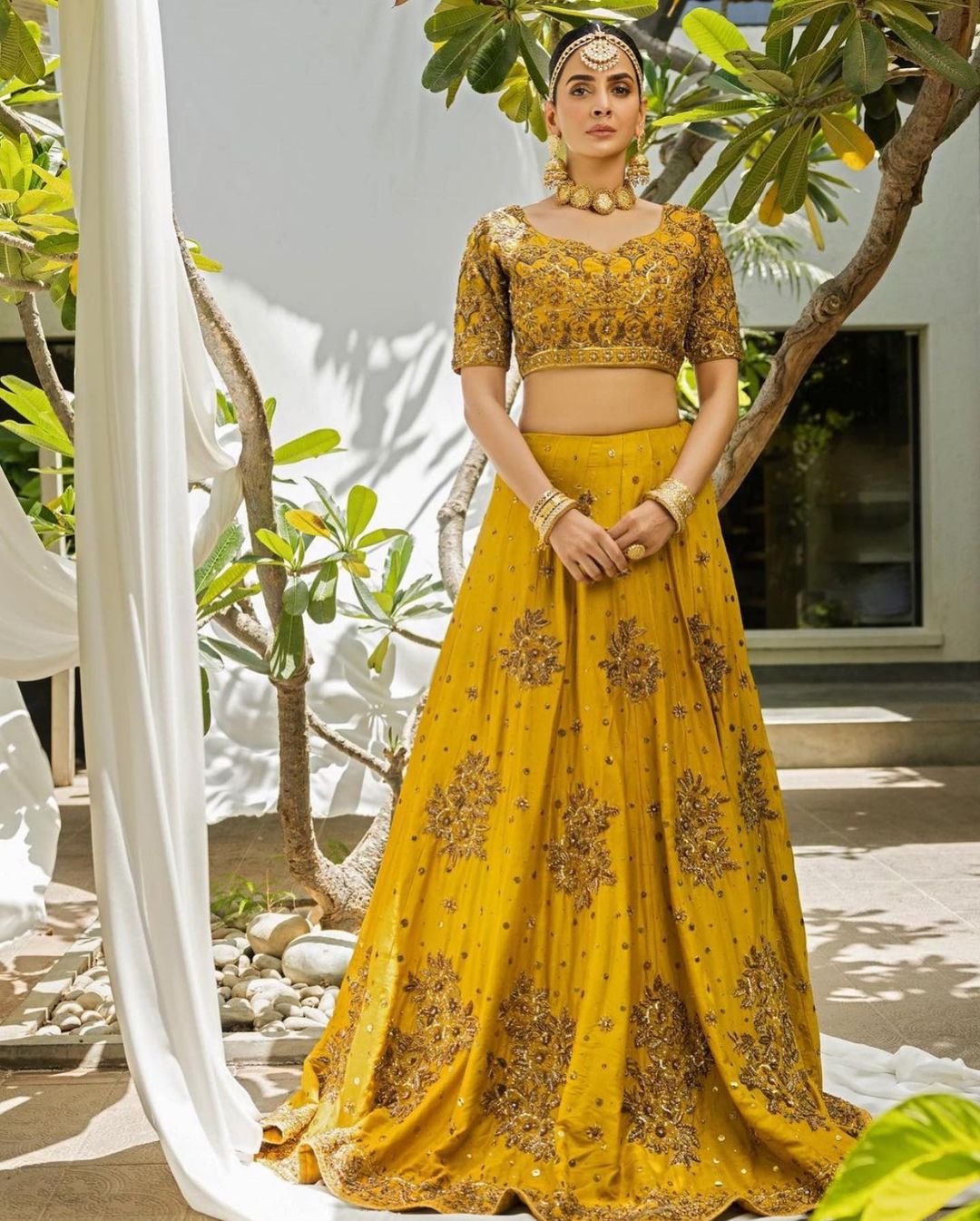 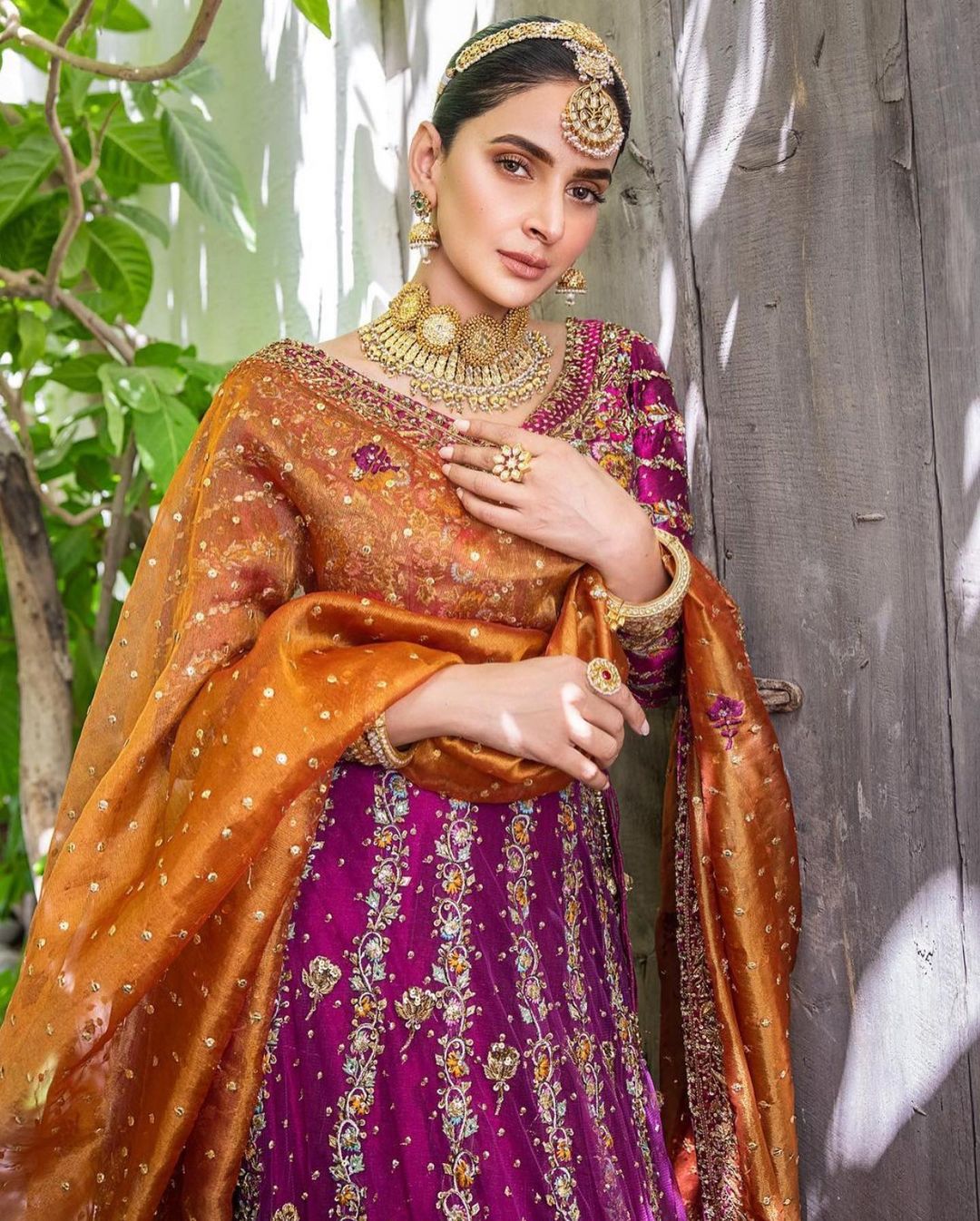 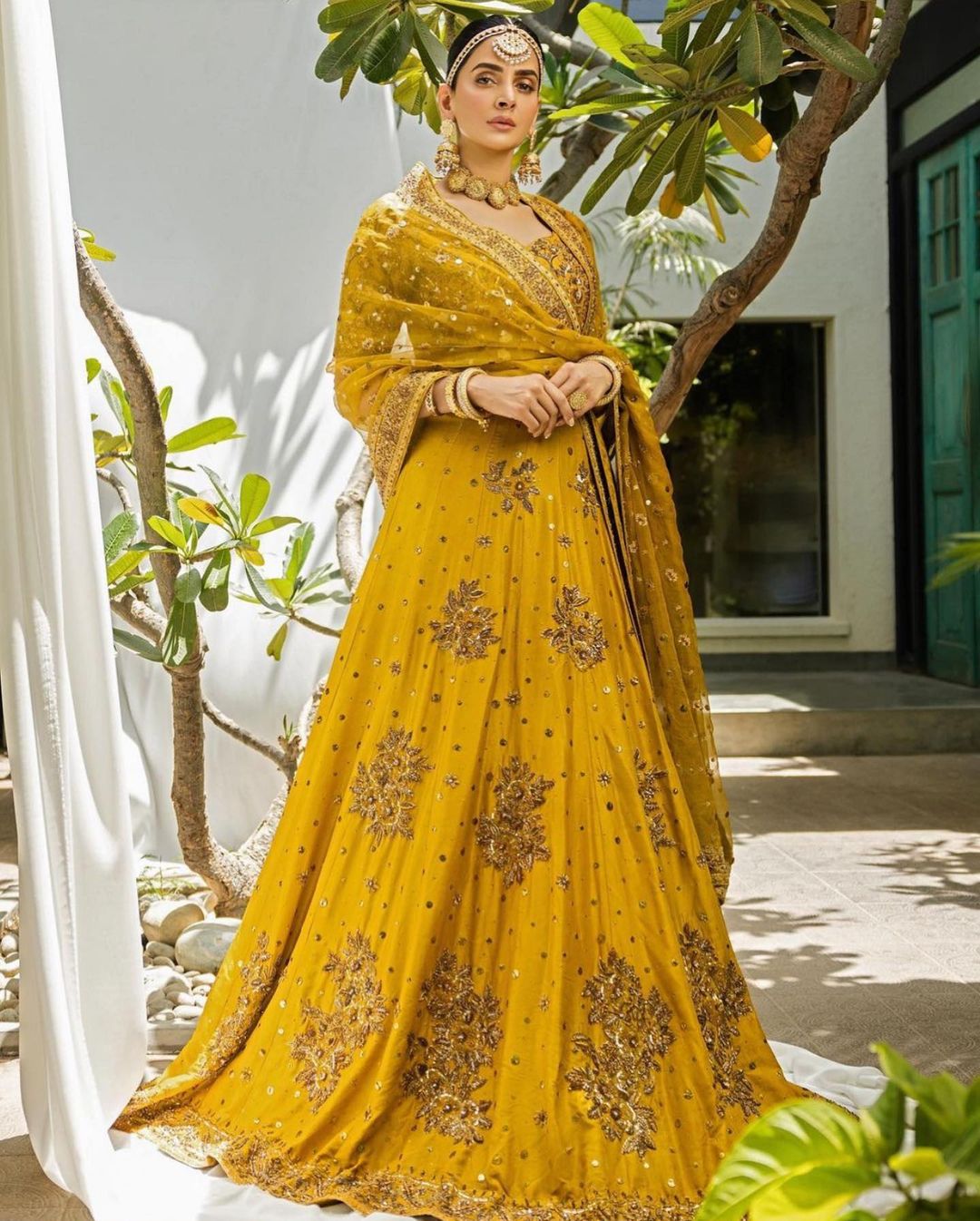 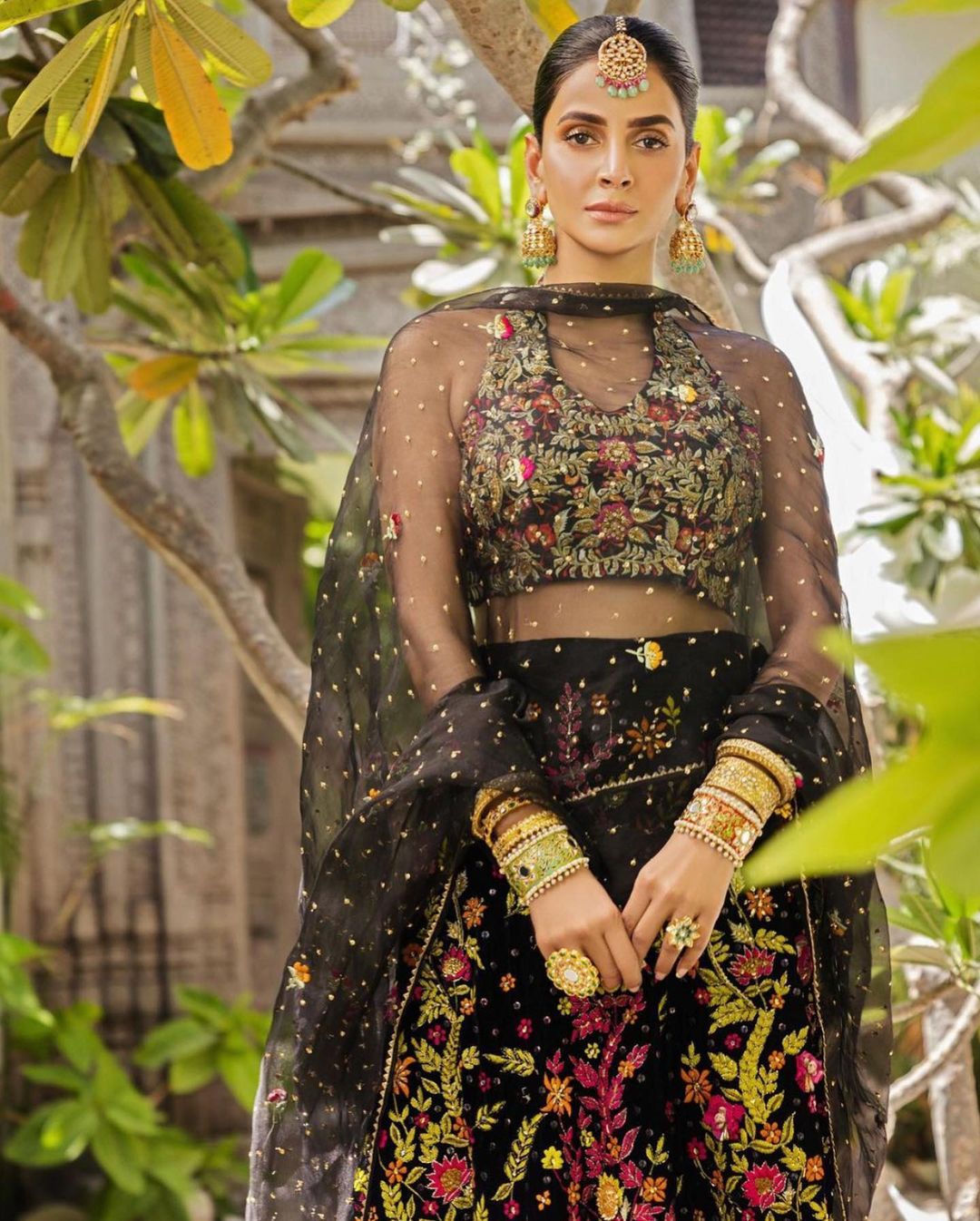 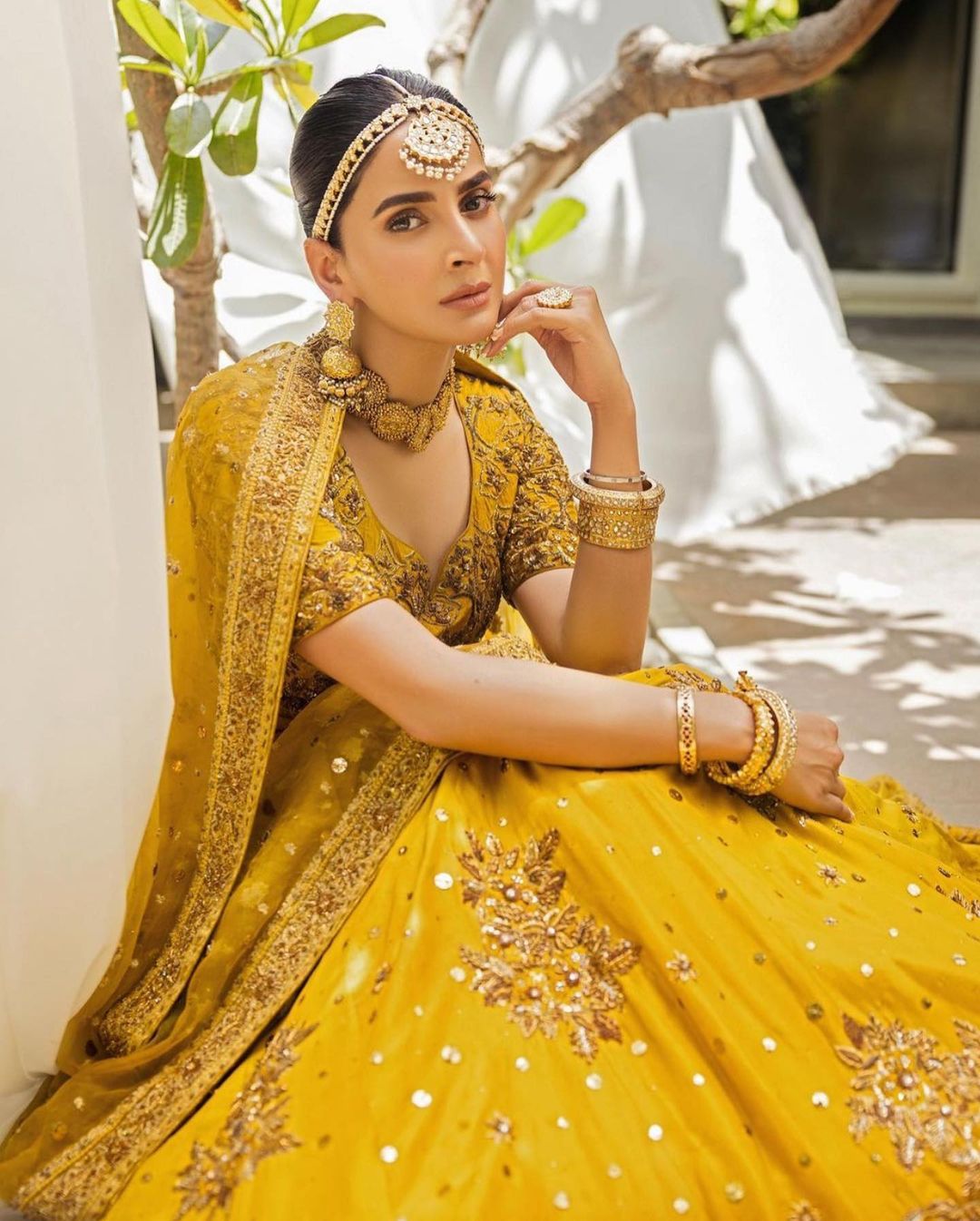 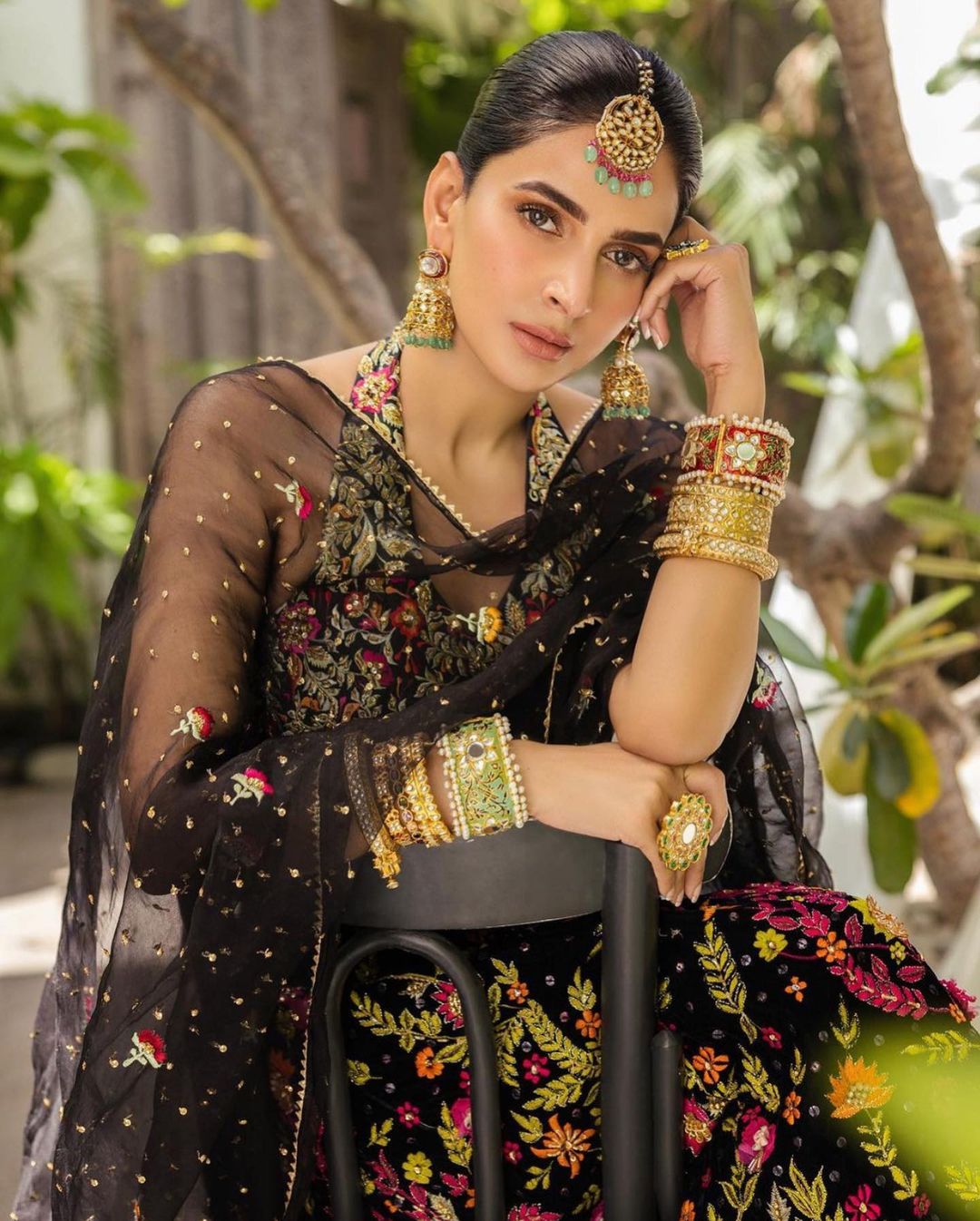 What do you think about these alluring clicks of Saba Qamar? Share your thoughts below.