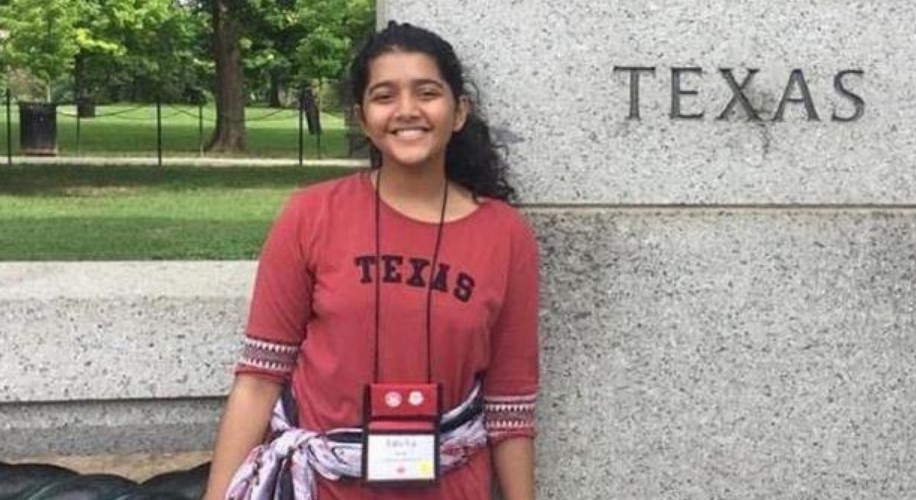 The May 18, 2018 shooting at the Santa Fe High School Texas claimed the lives of 10 innocent people including 8 students and 2 teachers. A 17 year old Pakistani girl Sabika Sheikh, who was on foreign exchange programme in the United States, also lost her life to the act of a deranged individual that day.

Documentary on KPK Bomb Disposal Squad is Up for an Emmy!

Shaheera Jalil Albasit , the 27 year old cousin of Sabika Sheikh, also accompanied her to the US on fulbright Scholarship program at the George Washington University. When Shaheera Jalil told her mother in April about Sabika’s plan of returning to Pakistan, they both had no idea about how cruel fate can be.

“I remember (in) April, I was telling my mother, ‘Thank God she (Sabika) is about to be done.’ This was something in the back of my head… It was surreal,” she told Arab News.

Shaheera Jalil Albasit narrated the traumatizing event following the shooting to Arab News during a short telephonic interview. She had no idea about the school’s identity until her mother told her that it was Sabika’s school.

“When I came across the news of the shooting in Texas, I obviously had no idea that it was her school. My mother in Pakistan, who I was on the phone with, told me that it was (Sabika’s) school. I immediately looked it up and it was right there: 10 people confirmed dead,” She said.

Sabika Sheikh was staying with a Muslim family in Texas. The news of her cousin’s death was confirmed by one of the members of the family —who also happened to be a student at Santa Fe High School— she was staying with on his Facebook.

Following Sabika Sheikh funeral in Karachi, her cousin Shaheera Jalil Albasit returned to the US with the aim to improve the existing gun laws in America. Her journey of introducing a bill in the name of Sabika began with an in depth study of American gun laws, making phone-calls and attending hearings.

With a short period of time left in US, she began working with Kristina Woods who had also lost her sibling in the same shooting. After intense efforts the two got Congresswoman Sheila Jackson Lee, who represents Texas in the US House of Representatives, on board.

A Revolutionary Law for Gun Control in USA

A day before Shaheera Jalil was about to return home her struggle finally yielded a positive result as ‘The Sabika Sheikh Firearm Licensing & Registration Act’ was introduced in the US Congress. If the bill gets approval from the US Congress it will follow a complete procedure for licensing and registration of guns.

The reforms ‘The Sabika Sheikh Firearm Licensing & Registration Act’ introduced to the current gun laws include increasing the buying age for guns from 18 to 21, detailed psychological screening and create a public database. This will allow the local police to know about every single person who owns a gun.

This is indeed a huge achievement and the credit goes to Shaheera Jalil Albasit for spearheading the initiative. It is believed that this will prove to be a game changer in America’s struggle against illegal firearms.