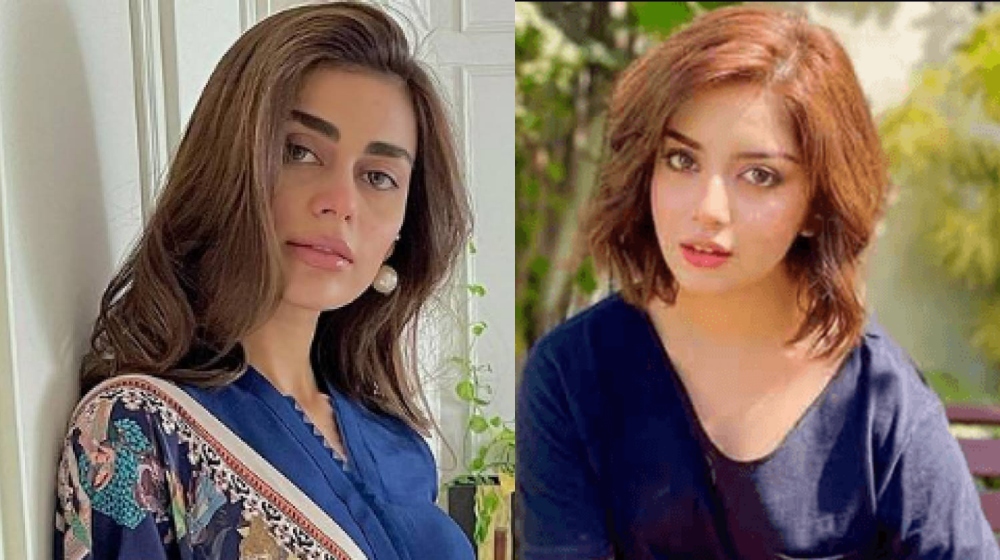 In her appearance on Timeout with Ahsan Khan, Sadaf Kanwal opened up about her alleged beef with TikToker-cum-actress Alizeh Shah.

Previously in an appearance on Hina Altaf and Aagha Ali’s ‘The Couple Show‘ when asked to name an actress she doesn’t want her husband to work with Sadaf Kanwal named Alizeh Shah.

That Time Alizeh Shah Openly Admitted: ‘I Am Not A Fawad Khan Fan’ [Video]

“Which actress in Pakistan’s showbiz industry you would forbid Shahroz Sabzwari to work with?”

She was then given three options including Ramsha Khan, Hiba Bukhari, Alizeh Shah.

The model opened up about her alleged beef with Alizeh Shah and shared details of a private call with the Ehd-e-Wafa star.

The Lockdown actress shared that after the hype surrounding her alleged beef with the Superstar actress on social media, she called Alizeh Shah to sort things out between themselves. To make amends she apologized to the young starlet.

“I called Alizeh and apologized”.

Her husband, Shahroz Sabzwari further elaborated that Sadaf also made it clear that if Alizeh works with him in the future she will not have any issue with that.