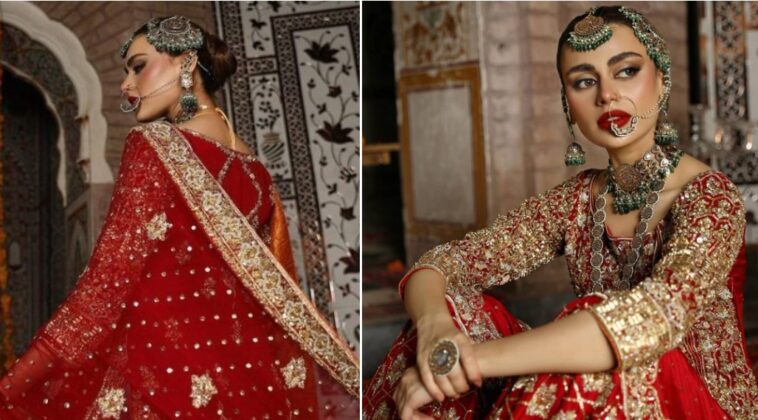 Popular super-model and actress Sadaf Kanwal exudes regal elegance and beauty in her latest bridal photoshoot for designer Arooj Aziz. Fans are gushing over the gorgeous clicks of the young model as Sadaf proves why she is a fashion icon. 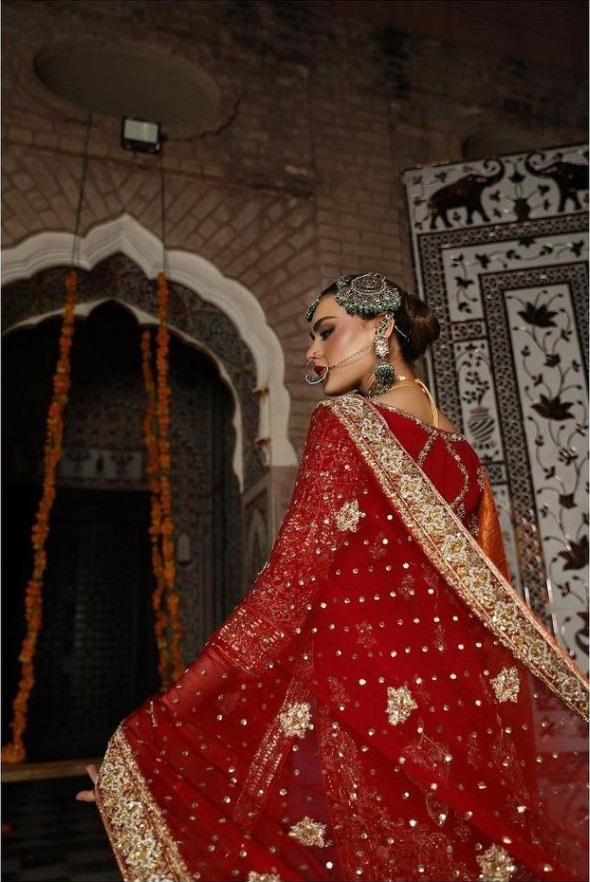 Model and actress Sadaf Kanwal is one of the most popular divas in the business. She is also one of the most controversial celebrities in the showbiz industry in recent times. Sadaf is stealing the spotlight with her beauty and bold personality. She captured everyone’s attention, including the haters, with a gorgeous bridal fashion photoshoot for Arooj Aziz. 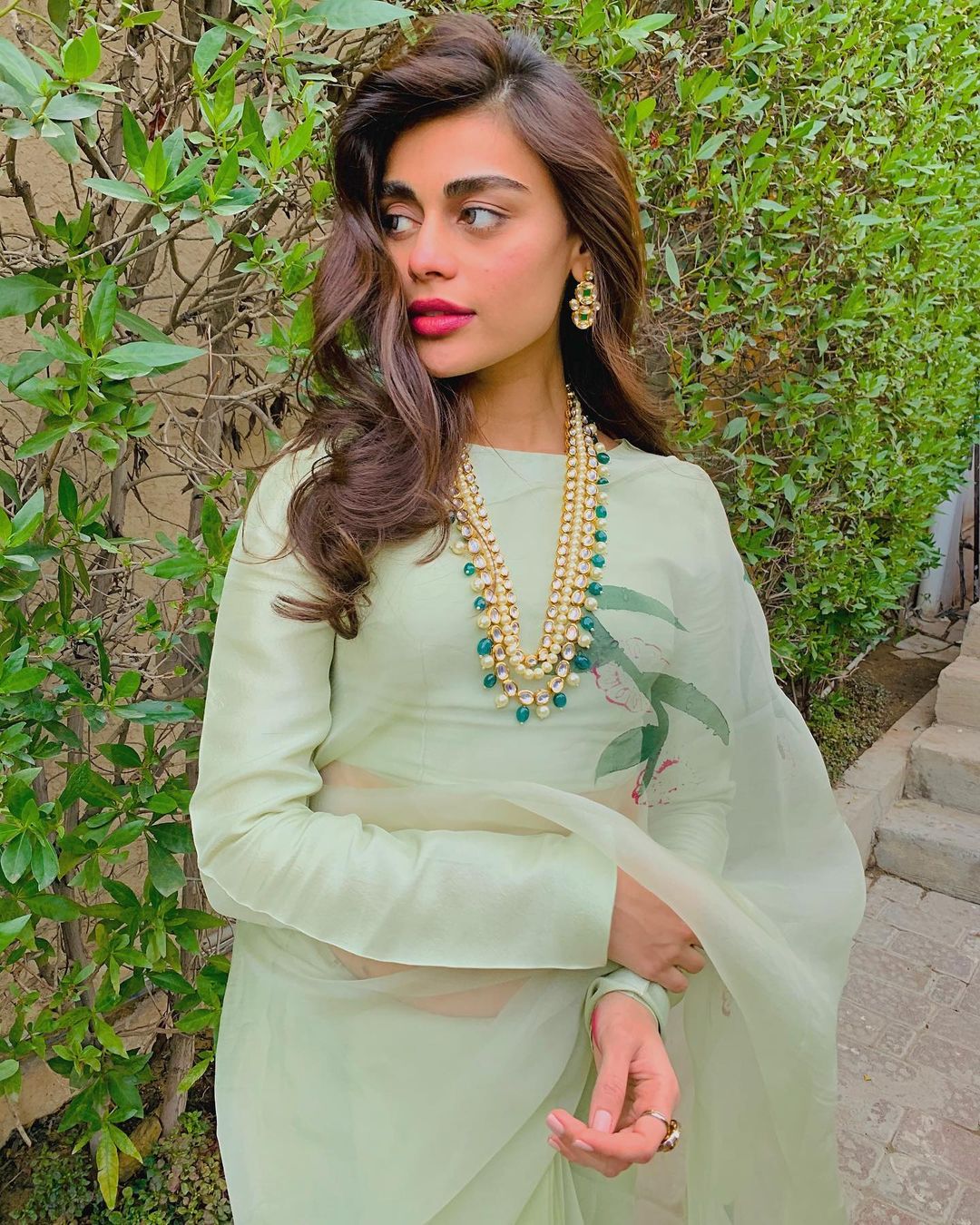 Sadaf Kanwal, or now known as Sadaf Sabzwari, is a prominent figure in the world of showbiz. Though currently, everyone might know her as a controversial figure for her involvement in ending the marriage between Syra Yousuf and Shahroz Sabzwari. Yet, Sadaf is still renowned as a pretty talented model. The fashionista knows how to pull off any look and can even captivate her staunchest of haters with her mesmerizing clicks.

Recently, the stylish diva did a collaboration with renowned fashion designer Arooj Aziz. Sadaf is the perfect muse for Arooj Aziz’s regal designs. The duo’s collaboration set social media abuzz. Sadaf looks something out of Mughal folklore in this latest bridal shoot. Check it out! 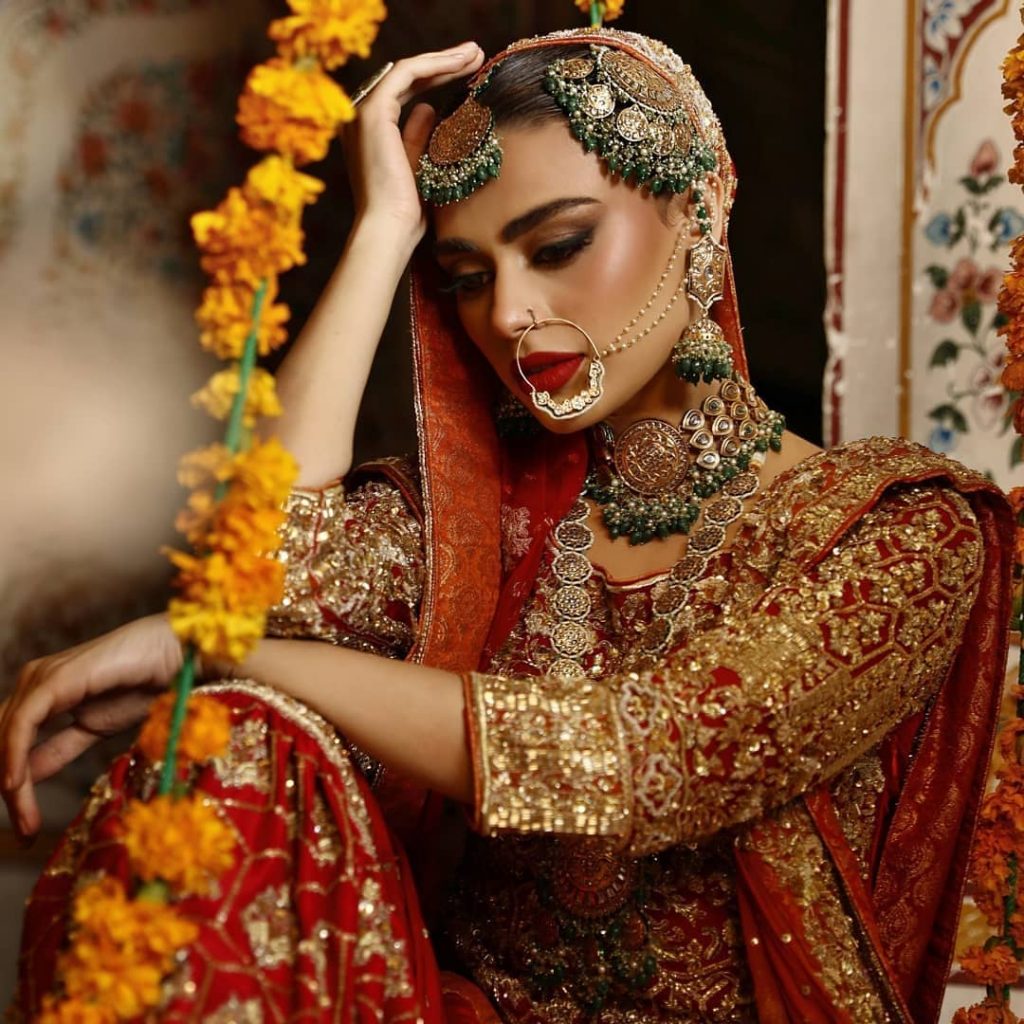 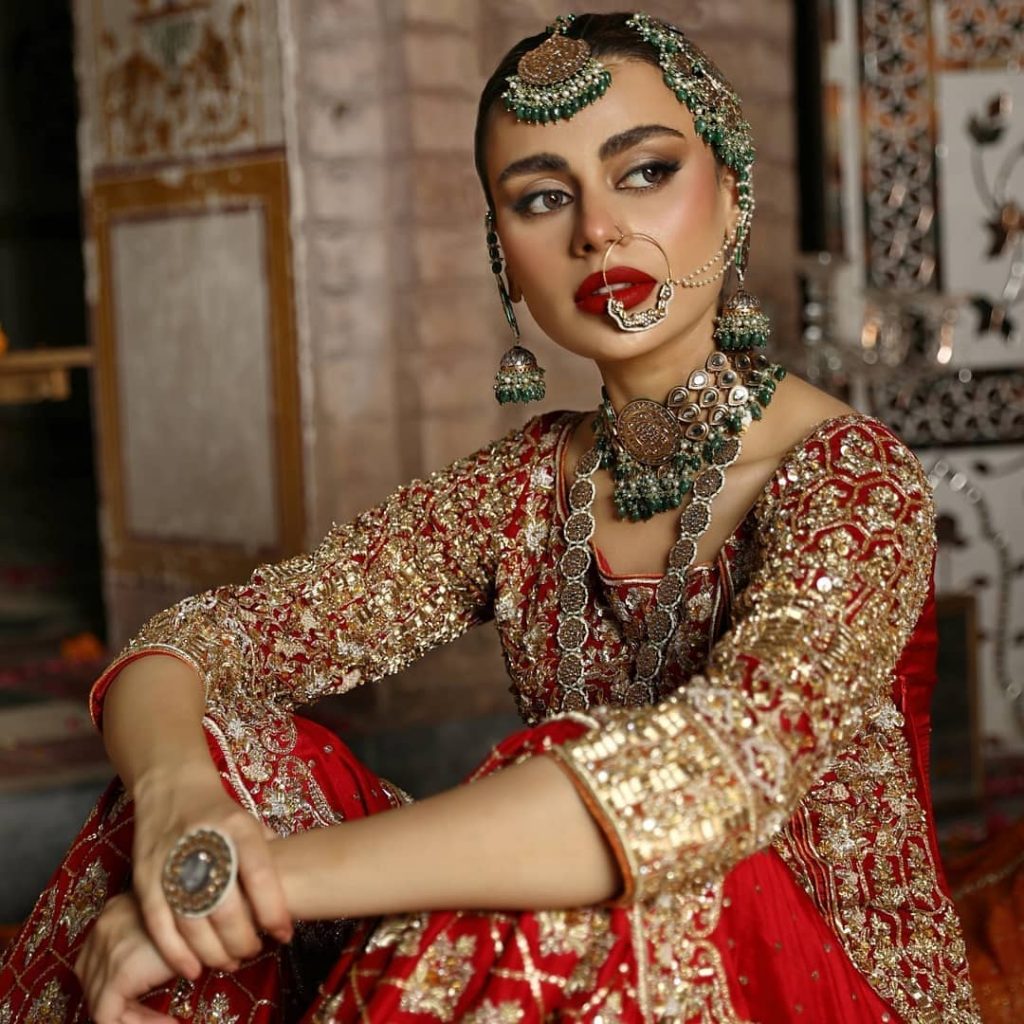 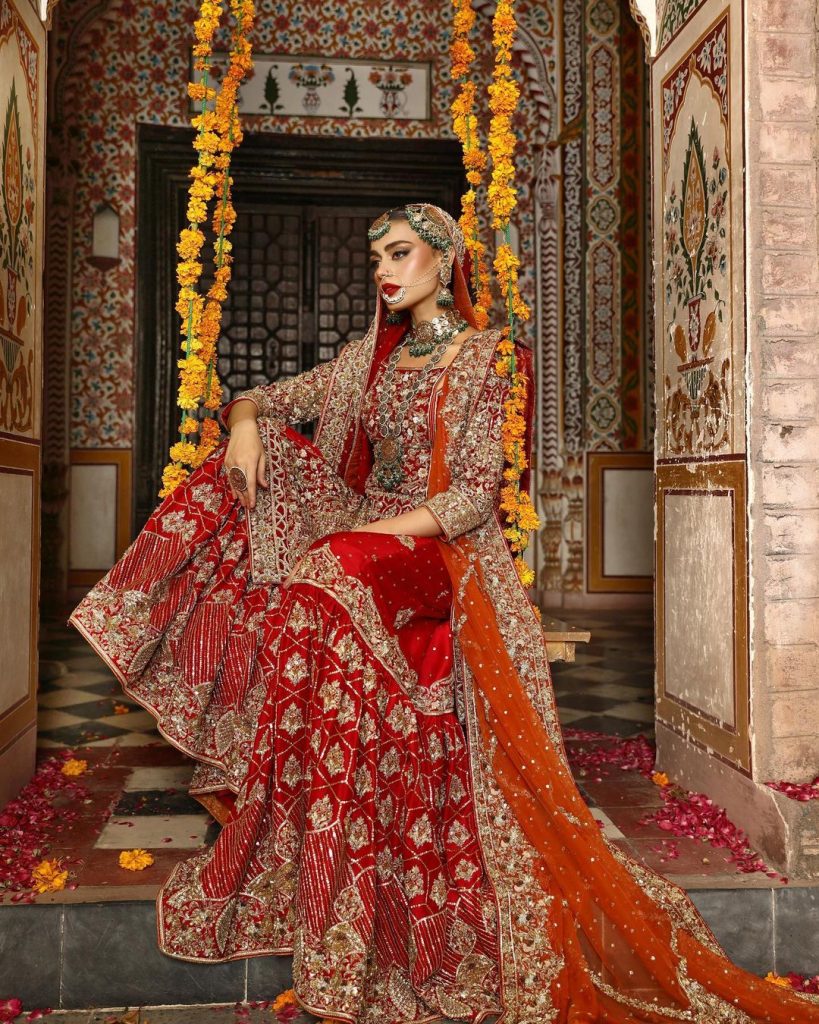 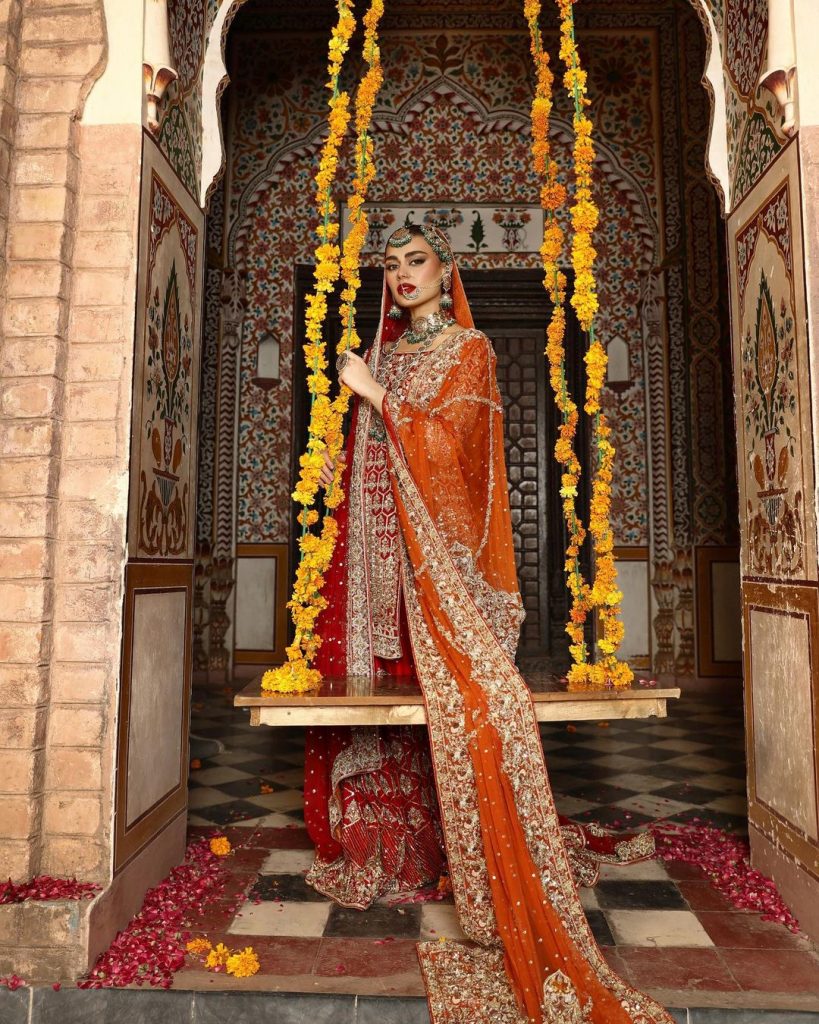 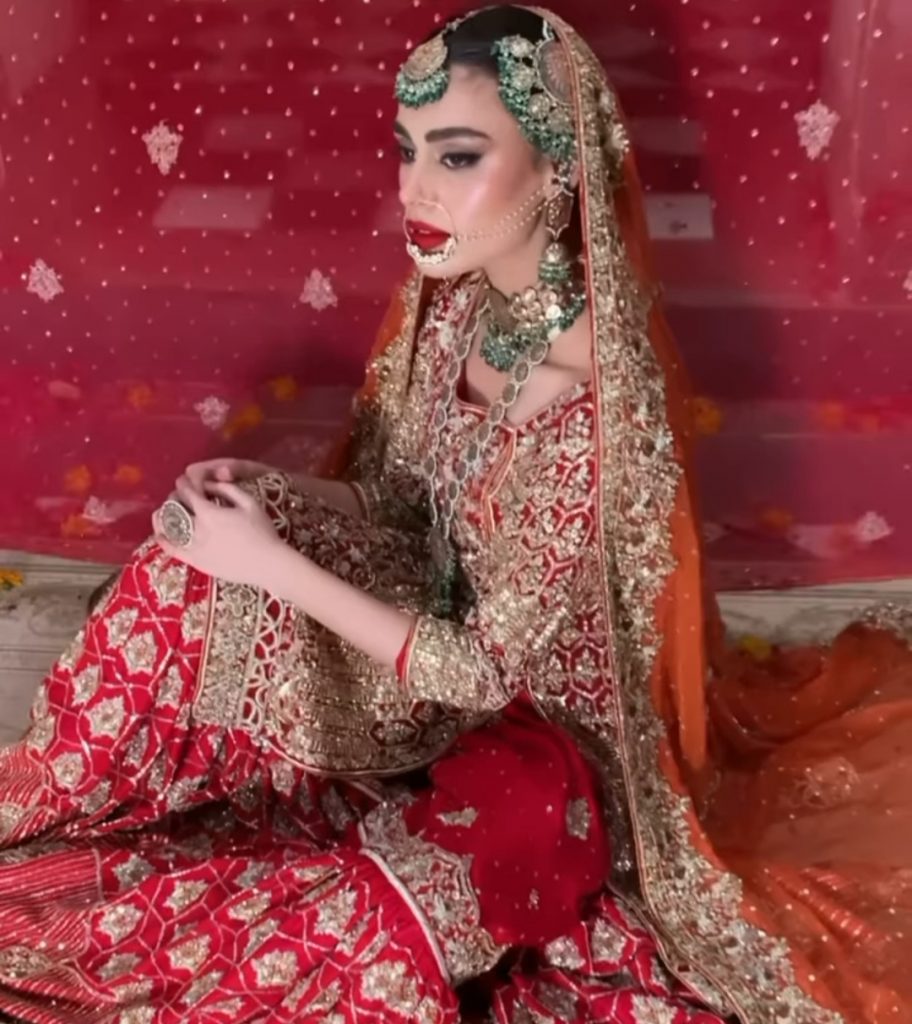 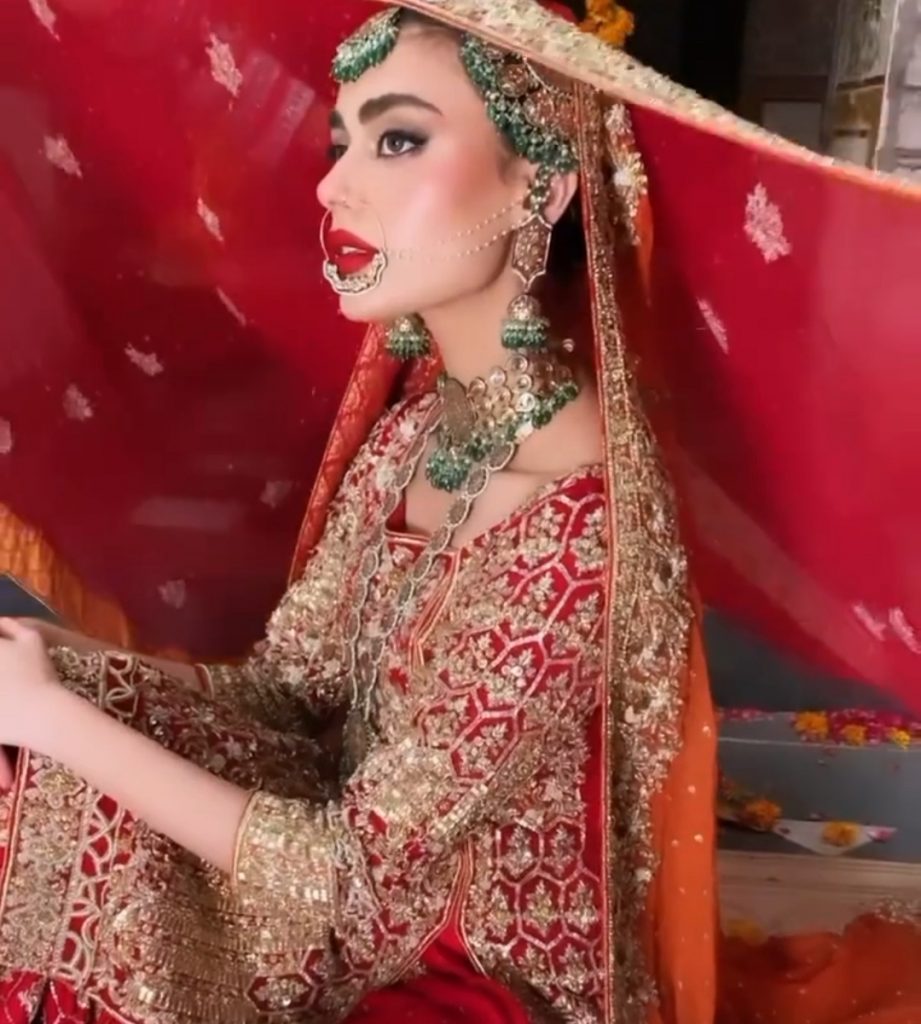 What do you think about Sadaf Kanwal’s bridal shoot for designer Arooj Aziz? Let us know your thoughts in the comment section below. 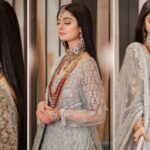 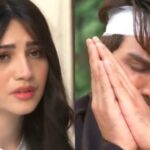