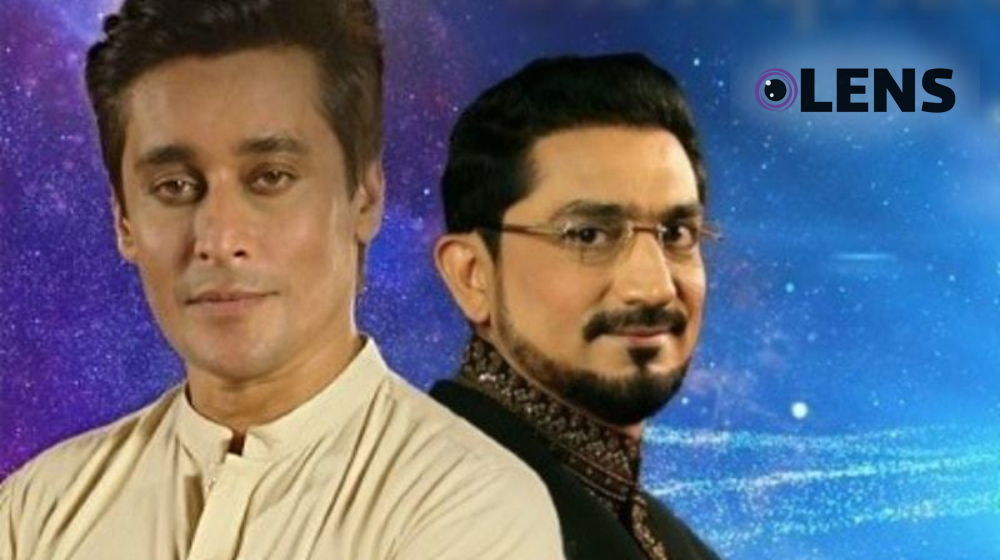 Shabbir Abu Talib is reprising his role as the Ramazan transmission host for News One, but this time he has Sahir Lodhi back on board.

“It will have a sehri transmission and an iftar transmission, which will be followed by a game show,……….After iftari, it’s like a ‘Sahir Lodhi Show’ where he starts the games and hands out prizes.”

While Shabbir Abu Talib is the Ramzan transmission host, Sahir Lodhi will be hosting the Iftar transmission (in its entirety!). He mentioned a number of segments that will make-up Sahir’s transmission. Most of which looks to be part of the game show.

“Our iftar transmission will be hosted by Sahir Lodhi. It will have a variety of events such as qawwali, mehfil-e-naat and a mehfil-e-ulema along with quizzes and competitions. The audience can win many prizes including Umrah tickets. It will also feature all sorts of guests, from famous personalities to NGOs.”

Shabbir Abu Talib had a lot of nice things to say about Sahir Lodhi. He called the former Morning With Sahir host energetic, with the ability to carry positive energy. He also said Lodhi is a hit with families.

“His specialty is that he is very energetic. He carries on the show with such positive energy and loves to spread smiles and joy. He’s a big name and is loved by many, especially families. When he comes on set, the audience lights up. He also does his homework for the show before Ramazan and handles it very well.”