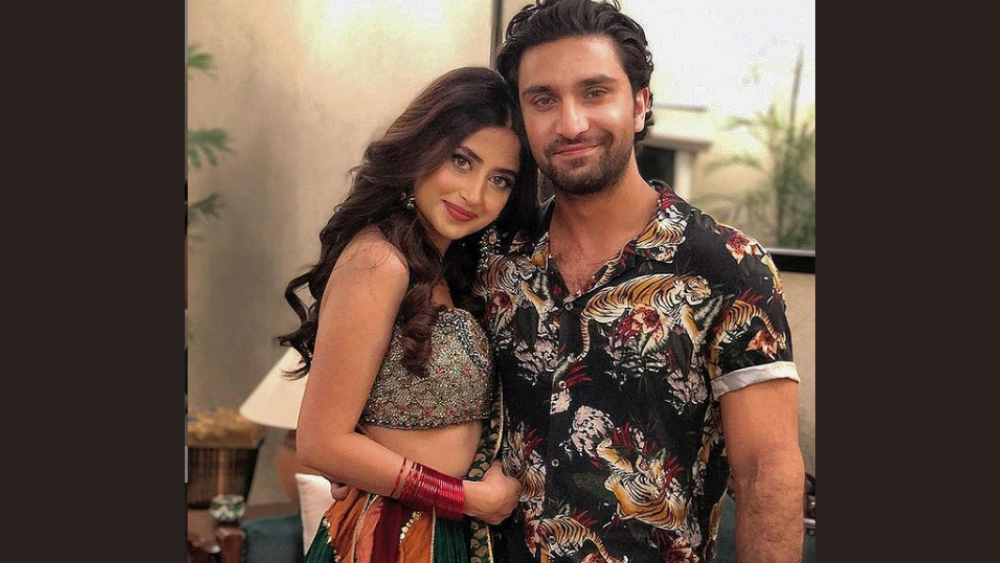 Netizens are pointing fingers at Pakistani superstar Sajal Aly over her choice of clothes. The actress is being criticized for wearing ‘revealing’ clothes and dancing at her friend’s wedding.

The latest wedding to have become the gossip on everyone’s lips is Umair Qazi’s. All the celebrities from Yasir Hussain and Iqra Aziz to Sajal Aly and Ahad Raza Mir were spotted at the grand wedding festivities.

The Mehendi event was all glitz and glam and a couple of videos from the event went viral on social media. In one of the videos, the Mom actress is seen sporting her killer dance moves with the groom.

However, people are not happy to see her on the dance floor. Moreover, the actress is receiving severe criticism for wearing a revealing outfit.

Many have left comments under the video, saying that they are disappointed to see her like that. Netizens did not approve of her outfit and started comparing her with Momina Sultan (her character in the hit drama Alif).

Netizens lectured her over “modesty” and it seems that the concept of “fiction vs reality” is foreign to them.

Let’s take a look at some comments. 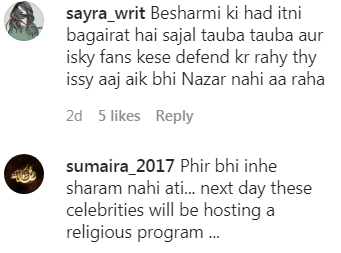 Earlier, hubby Ahad Raza Mir shared a photo with Sajal and penned a note on the occasion of their first wedding anniversary. Thanking his fans for their support and endless love, he wrote,

“I know its a little late, but thank you to everyone, especially our fans who made our first anniversary so special. We really felt like you celebrated with us…”