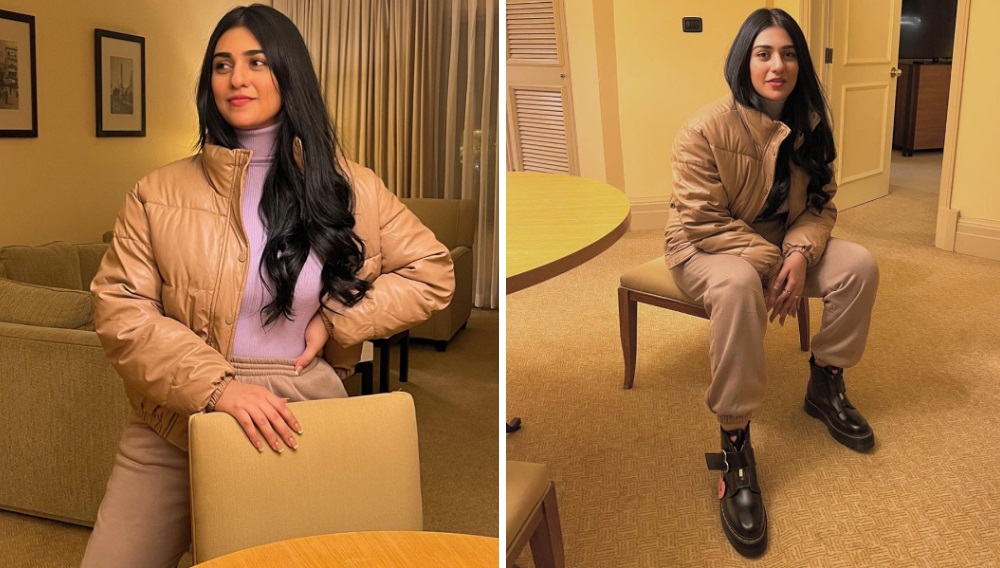 As everyone was busy celebrating Independence day in Pakistan, some celebs are representing Pakistan abroad. Like actress Sarah Khan!

While representing Pakistan, the Raqs-e-Bismil actress had the honor of winning a prestigious award from overseas.

She posted a picture of herself proudly holding the award captioned;

“I feel very grateful & proud. It’s an honour to represent Pakistan overseas. Thank you #Norway14AugustCommittee for awarding me “PRIDE OF PERFORMANCE””

So how did that happen? An overseas Pakistanis events was held in Olso, Norway, and Sarah Khan was in attendance along with her husband. At this event the Band Khirkiyan actress was honored with ‘Pride of Performance’ Award by the ‘Norway 14 August Committee’.

While giving a thank-you note on stage, the Nazr-e-Bad actress shared her immense happiness to have been conferred the award.

“It’s an honor for me that I am here along with so many big names who are the reason behind the success of not only Pakistan but the whole world. It’s a splendid feeling when your work is being appreciated at the international platforms which gives us boost to work more and harder in our field. I feel proud to be present at the platform which is spreading peace globally and pray for the long and prosperous friendship between the two countries, Norway & Pakistan.”

Shortly after the ceremony, her husband, famous Pakistani singer Falak Shabbir took it to social media and shared a snippet of his wife’s thank you speech on his YouTube Channel. As usual, being the supportive husband he is, he congratulated her on the big achievement.

Sarah Khan has made waves with her recent roles in Raqs-e-Bismil and Laapata. She was then seen in Ramzan drama serial Hum Tum, We haven’t seen her onscreen since, but we can look forward to seeing her in the upcoming drama serial Wabaal.