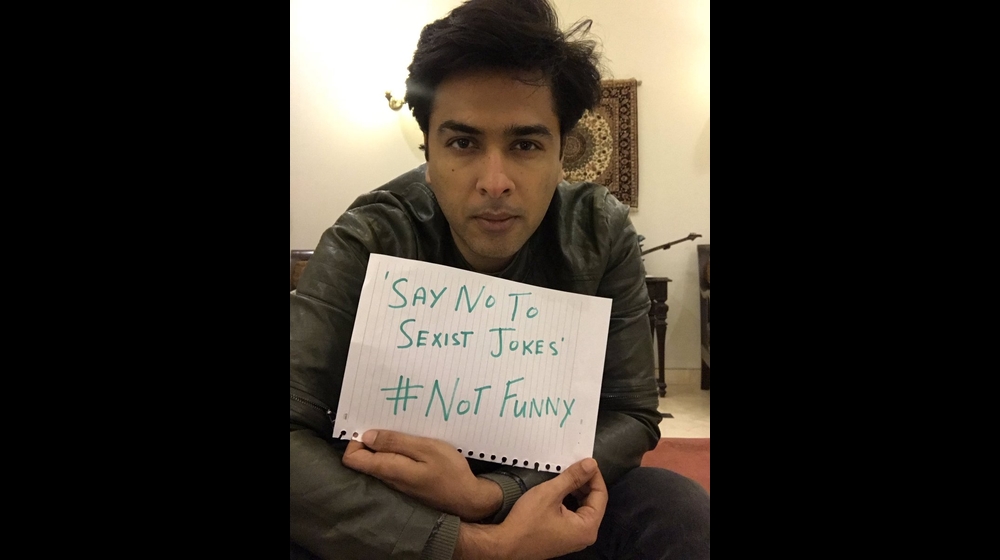 Musician and philanthropist Shehzad Roy has a new cause, and this time he has launched a crackdown on sexist jokes. The Karachi Kings anthem singer has thrown his support for UK Research Center’s campaign against sexist jokes.

Singer Shehzad Roy is quite the philanthropist. In fact, the United Nations Office of Drugs & Crime (UNODC) have made him their Goodwill Ambassador in Pakistan (and he’s doing a pretty great job of it unlike some people).

The musician is behind a range of social causes. Be it the provision of education to poverty alleviation, Roy has got all these initiatives lined up as part of his own NGO Zindagi Trust.

Say No to Sexist Jokes

Studies have proven that prejudicial humor normalizes discrimination. Sexist jokes normalize the oppression of women and there’s nothing funny about it.

That’s exactly what the British Research Centre’s nationwide campaign is called. The  #NOTFUNNY campaign was launched on National Women’s Day.

The campaign’s main aim to curb sexist humor that normalizes discrimination against women.

Other Pakistani celebrities that pitched in for this campaign are Sarwat Gillani, Ainy Jaffri, Sherry Rehman, and Yumna Zaidi to name a few.

Mandescencion:my coinage for when empowered,often toxically macho men condescend by suggesting women’s politics r not “real” if we are not born into a political family;or when sexist jokes r made about being token or advantaged by how 1 looks. #NOTFUNNY @uksresearch @unwomen_pak

Many countries are curbing attitudes that allow sexist jokes to thrive. In 2015, CARE Norway launched a similar campaign.