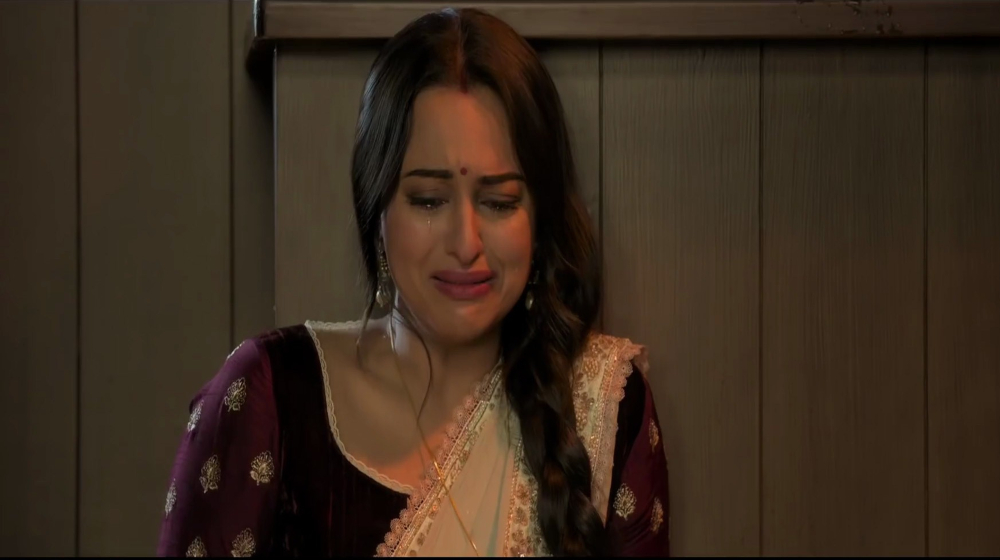 Sonakshi Sinha finally had to apologize after her ‘casteist remarks’. The Dabangg actress made the same mistake as her Dabangg co-star Salman khan.

This isn’t the first time a Bollywood celeb came under fire for propagating caste-based prejudice. Previously  Salman Khan and Shilpa Shetty were grilled for their casteist remarks.

Too bad Rajjo didn’t learn from her Dabangg co-star’s mistake.

What Did Sonakshi Sinha Say?

In an interview with radio and TV host Siddharth Kannan, Sonakshi Sinha used the B-word (bhangi) to describe her dressing while going to the airport.

Bhangi, Balmiki, or Chura are a caste in the Hindu caste system that is often referred to as ‘the untouchables‘.

In India, people belonging to these castes are cast out from society and treated as sub-human. Even after ‘modern caste scheduling’ under Indian administration, these people still face prejudice.

“Main thoda purposely ghar jaake bhangi banke chali jaungi airport, (I deliberatley dress like a ‘bhangi’ when I go home before leaving for the airport”

Sonakshi Sinha then explained that she does so to avoid being noticed.

“You don’t want to have your camera face on all the time.”

This triggered immense backlash from the Indian community. While India asserts that the caste system is no longer implemented, derogatory words used to refer to lower casts are politically charged.

The backlash left Sonakshi Sinha with no choice but to apologize.

“I have tremendous regard and respect for the Valmiki Samaj and their valuable contributions to the society and the country. If any person or community has been hurt by the usage of any word by me, despite it being unintentional and un-derogatory to anyone, I humbly apologise for the same (sic)!”

Sonakshi Sinha Opens Up About Her Relationship Status

It all started with Salman Khan when he made a disparaging remark against the Valmiki Samaj. Salman called himself a ‘bhangi’ when it came to his dancing style.

Salman made the comments on a television show back in December 2017. Shilpa Shetty was present as a judge on the show.

When Salman made the comment rather than chastise him Shilpa used a similar simile and spoke about her choice of dressing.

Both of them were subsequently booked for their casteist comments.