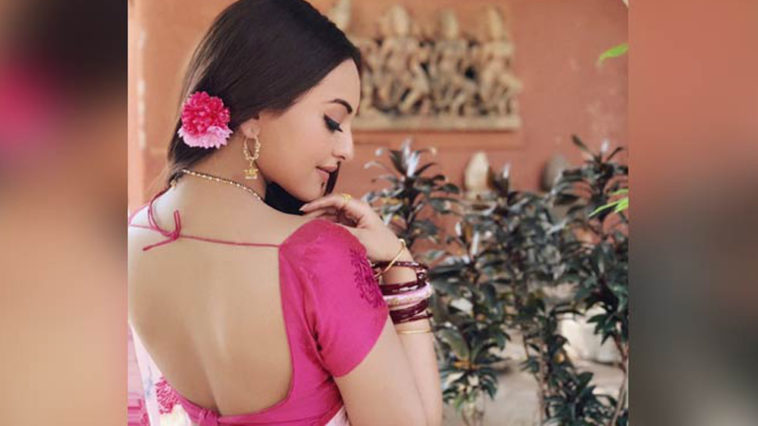 You must have heard this famous dialogue from Sonakshi Sinha’s debut film Dabangg, right? This line is very dear to Sonakshi as it catapulted her to new heights in Bollywood.

And now, nine years from the release of the movie in 2010 – the Arbaaz Khan Production is ready to roll out the third installment of Dabangg franchise, and Sonakshi Sinha is going gaga about it.

She has released her first look from the much-awaited action-comedy film. Sonakshi took to social media to share her first picture from the set of Dabangg 3, and she looks gorgeous in the pink Sari with a flower in her hair.

RAJJO is back!!! From Dabangg, to Dabangg 3…Its homecoming. Day 1 of shoot for me today, wish me luck ❤️ @BeingSalmanKhan @arbaazSkhan @PDdancing pic.twitter.com/6KXuSvBFIr

She announced her homecoming as Rajjo Panday – the beautiful wife of ‘Robin Hood’ Chulbul Panday. She captioned the photo as:

“RAJJO is back!!! From Dabangg to Dabangg 3…It’s a homecoming. Day 1 of the shoot for me today; wish me luck #DabanggGirl.”

While there’s not much information as to when the movie will hit cinemas, we know from Salman Khan’s Instagram post that the shooting has just started.

Back in our birthplace for #Dabangg3 shoot @arbaazkhanofficial

During an interview with a local daily, the dimple queen said:

“It feels like I am back home because that’s where I started my career. My life changed completely after that film; it’s how I found my calling. ‘Dabangg’ will always be the most special to me.”

Besides this, Sonakshi is also busy with the promotion of her next multi-starrer movie Kalank – which also stars Alia Bhatt, Varun Dhawan, Aditya Roy Kapur, Madhuri Dixit and Sanjay Dutt in pivotal roles. 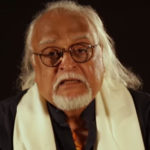 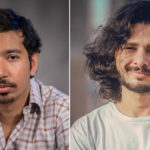