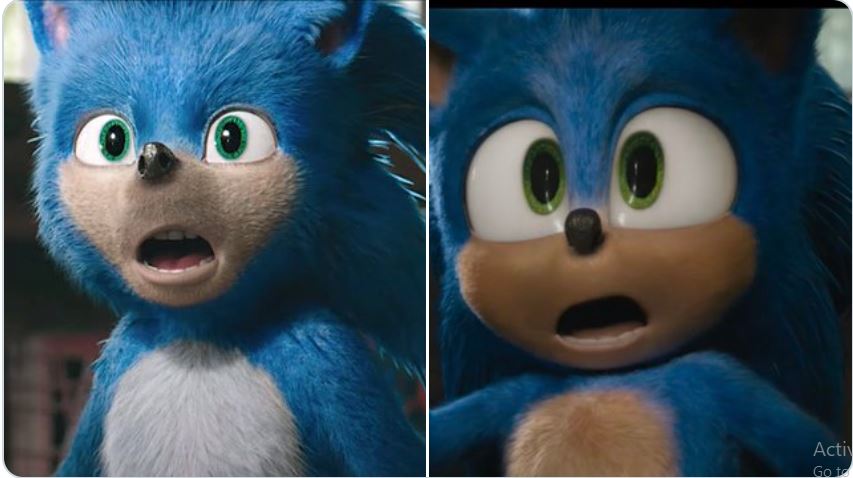 Remember the public outcry around the original character design for Sonic the Hedgehog, the movie? Well, now they finally redesigned Sonic, and he looks way cooler. But the internet never forgets, and now we got some more memes out of this whole thing.

Last time around, fans were left fuming at how you can design a character that’s been around for decades. Really though, we have films like Avatar but Sonic the Hedgehog can’t get a decent design?

And then things changed for the better. Behold Sonic 2.0:

After a massive public outcry, Warner Bros took down the initial trailer and got back to the drawing board. Now they’ve put out a new trailer and it’s a meme fest.

Basically the ‘new and improved’ Sonic has fewer teeth and bigger eyes.

because of the new sonic trailer pic.twitter.com/U21GosE2zZ

Hey, you guys caught that blink and you miss it moment in the Sonic trailer, right? pic.twitter.com/lZ77qT6LCU

Now the comparisons have started to pour in.

The REAL Sonic glow up is Tyson Hesse making Sonic fan comics with Nipples the Enchilada to leading the design of Sonic the Hedgehog in a Hollywood movie.

Some fans now want the previous design back (LOL).

Amazing references and Easter Eggs in the Sonic Trailer 💙💙💙😍😍😍 pic.twitter.com/QMdVH0cXTR

I like how Sonic's a bad shot in the movie, just like he was in AoStH. pic.twitter.com/lQWpKvSxMl

Some fans went ahead and accused Paramount Productions of further treachery.

Sonic the Hedgehog is the official mascot of Sega Games Co. Ltd, the Japanese multinational video game developer. The character has been dubbed the ‘fastest thing alive’ thanks to his supersonic speed.

After the success of some games and cartoons featuring the mascot, Sonic was all set to star in his own ‘real-life adaptation feature film’.

The film Sonic The Hedgehog is being produced under the Paramount Pictures banner. Initially, the film was supposed to hit theaters in November 2019, but the release date was delayed to February, 2020 to work on the character design.