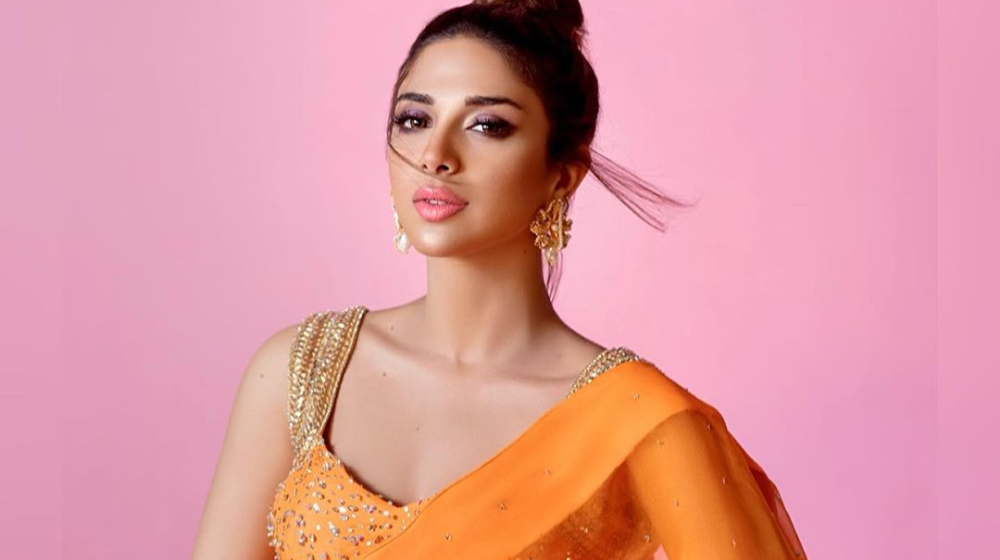 The stunning actress Sonya Hussyn sizzles in a seductive tangerine sari for the premiere of her recently released film Tich Button. We can’t stop staring at her in this stunning number by Ayesha Shoaib Malik. 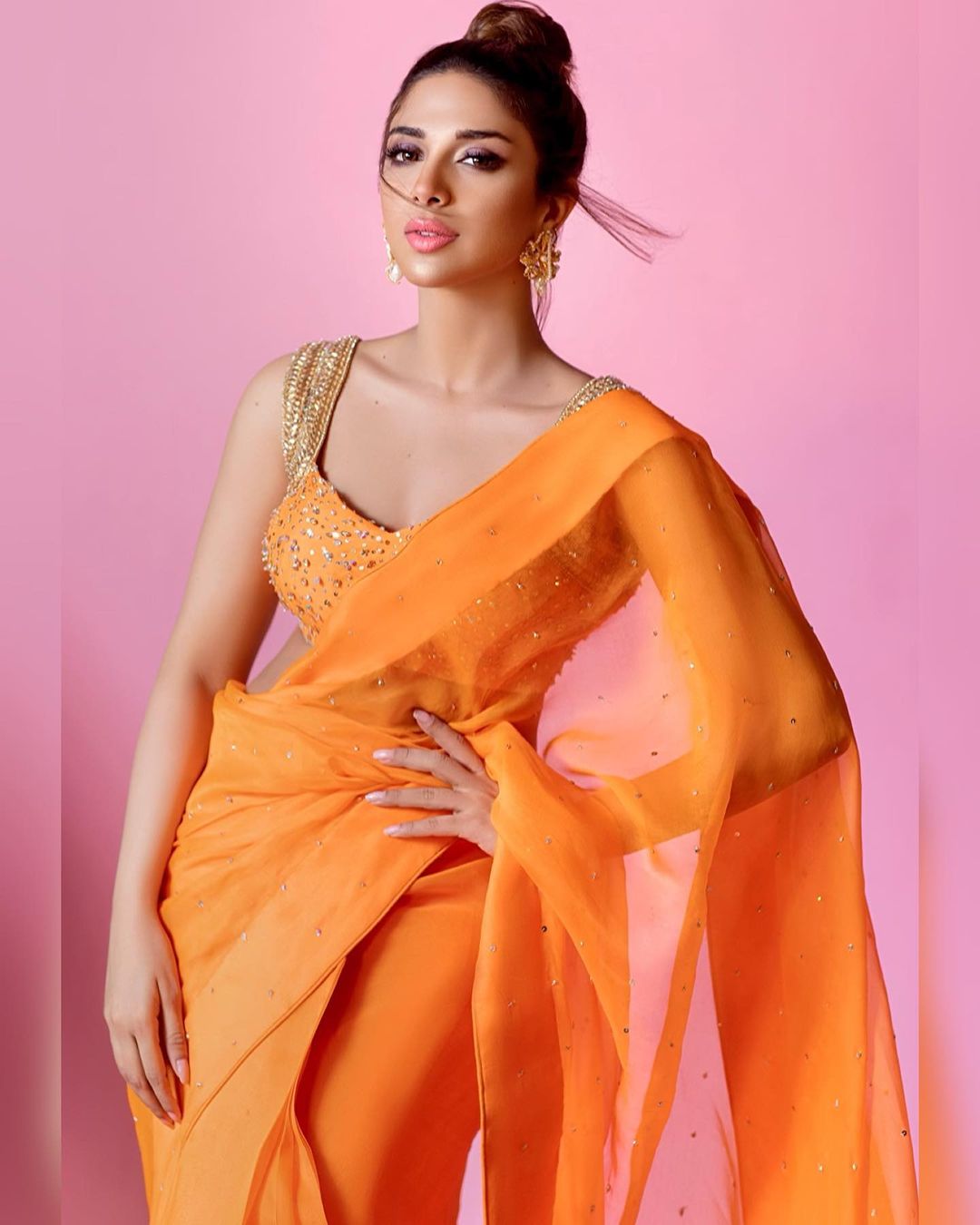 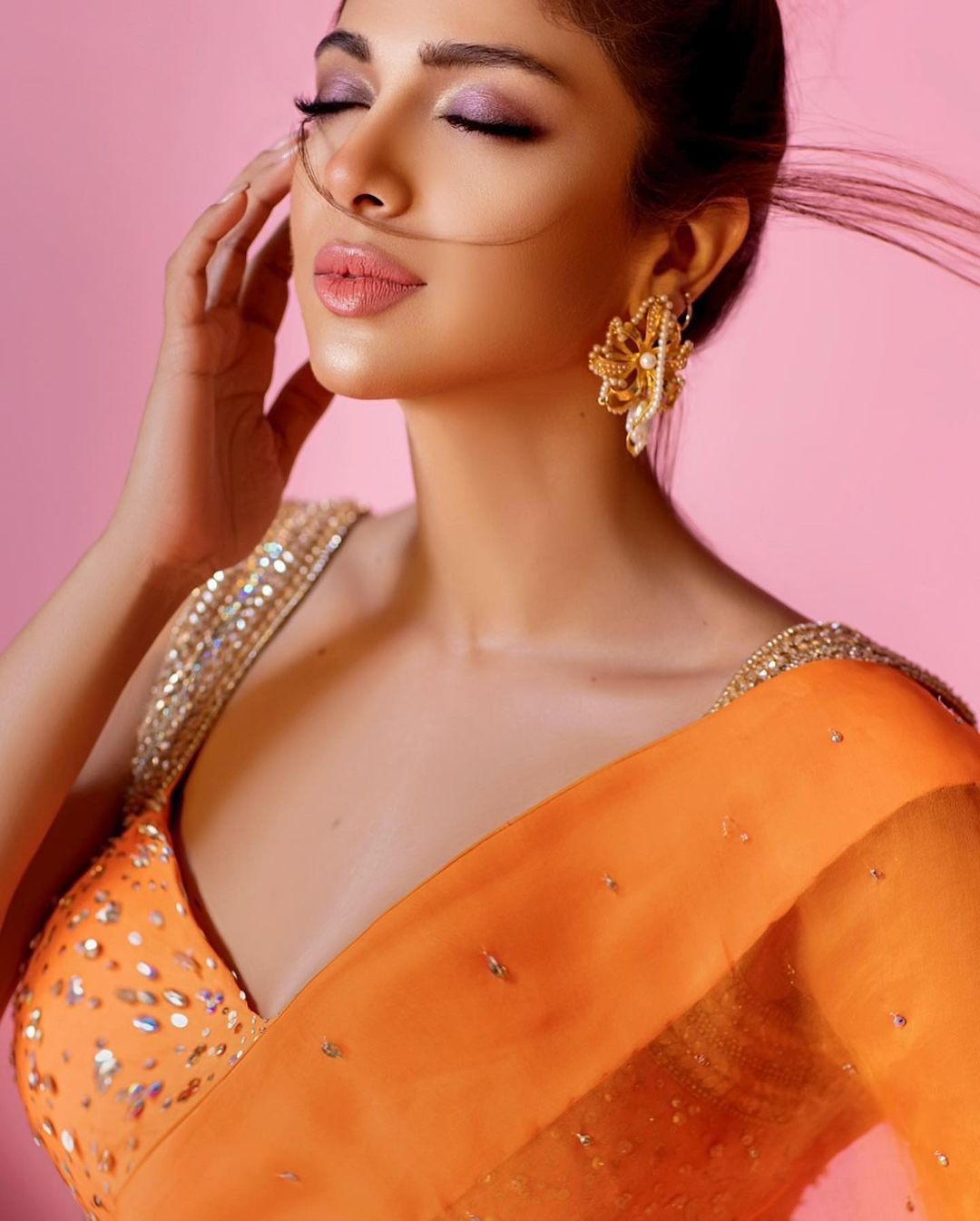 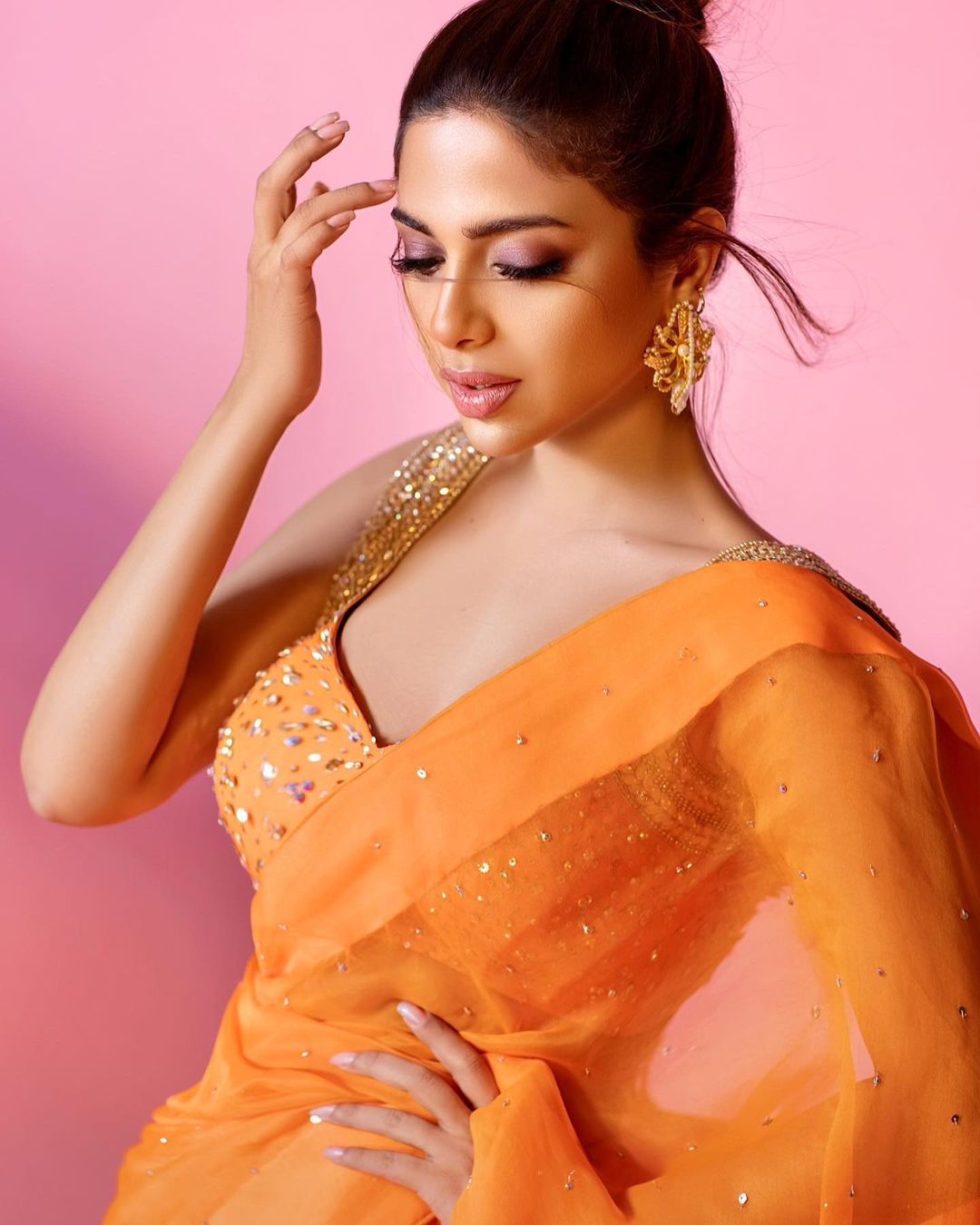 With wedding season upon, this funky number is inspiration for ladies who want to stand out in a statement color and unique attire.

Sonya Hussyn Bukharee is a popular Pakistani actress and model. She made her acting debut in a supporting role for the 2011 drama serial Dareecha. 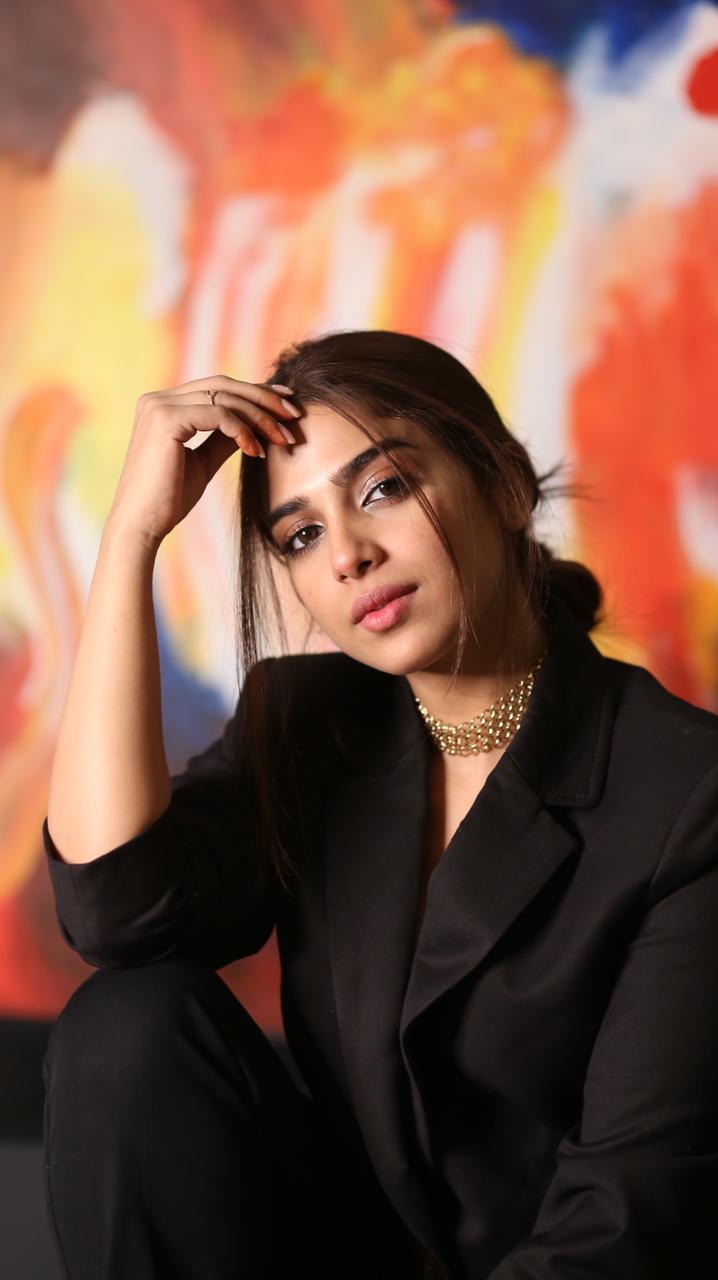 She has been in the limelight for quite some time and has a large fan following after playing the leading role in several hits on television, including Mere Hamrahi, Shikwa, Marasim, Nikah, and Haasil.

Sonya Hussyn is currently garnering praise for her latest film, Tich Button, co-starring Farhan Saeed, Feroze Khan, and Iman Aly. Despite all the controversy surrounding its release, the film was a massive success in its first week.