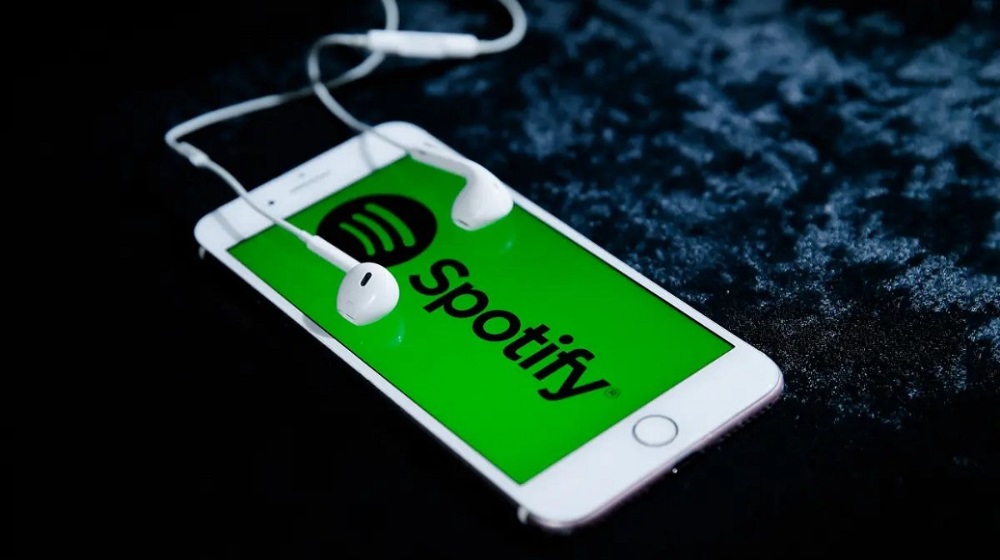 Marking its first anniversary in Pakistan, Spotify – the world’s most popular audio streaming subscription service unveiled how its Pakistani listeners relished the platform and discovered artists from the country and beyond. 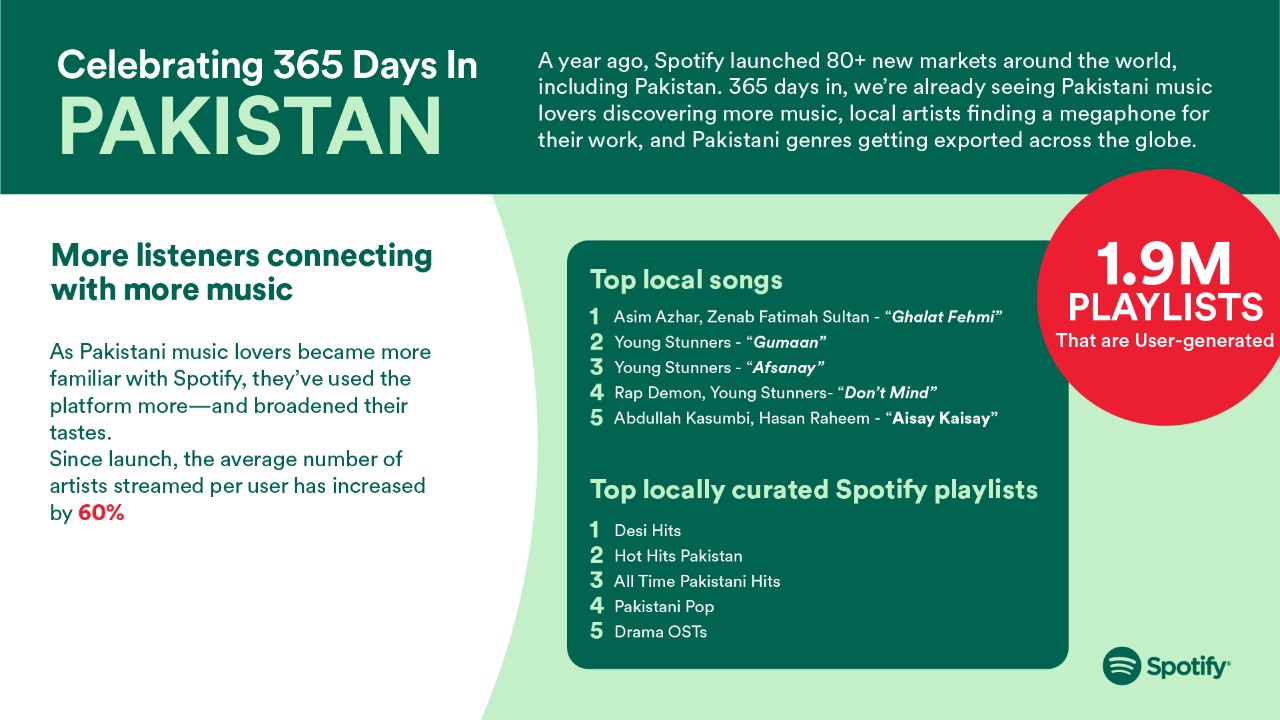 As Pakistani music lovers became more familiar with Spotify, they used the platform more – and broadened their tastes. Since launch, the average number of artists streamed per user has increased by 60%. Spotify users’ appetite for diverse content was also apparent from how they searched for playlists with the most searched playlist words, including “English”, “Urdu”, “Desi“, “Bollywood”, “Coke Studio” and “Punjabi”.

Pakistan’s listeners enjoyed listening to homegrown and international artists. They streamed local superstars Atif Aslam, Talha Anjum, and Talhah Yunus along with household names from overseas such as Arijit Singh, BTS, and The Weeknd the most over the past 365 days. These artists all made the top 10 most-streamed artists in Pakistan list. 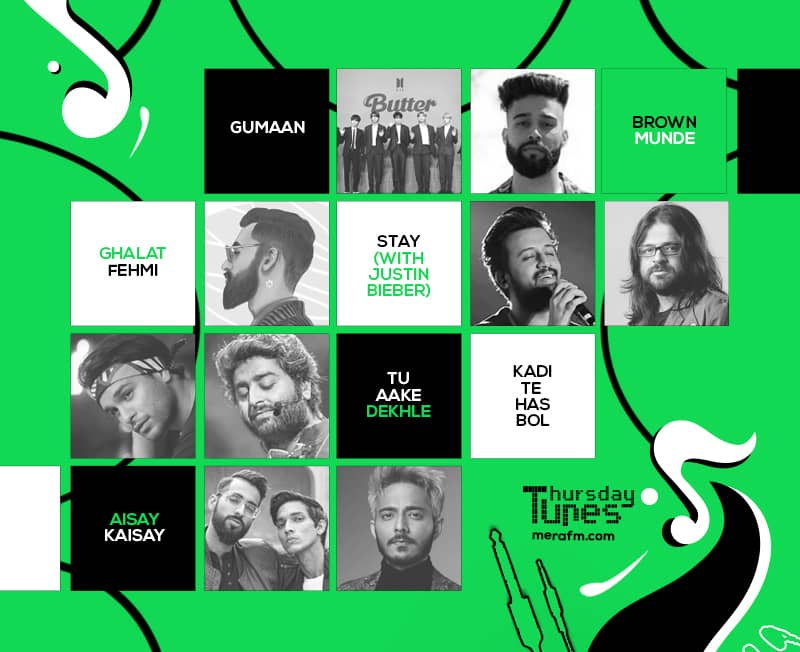 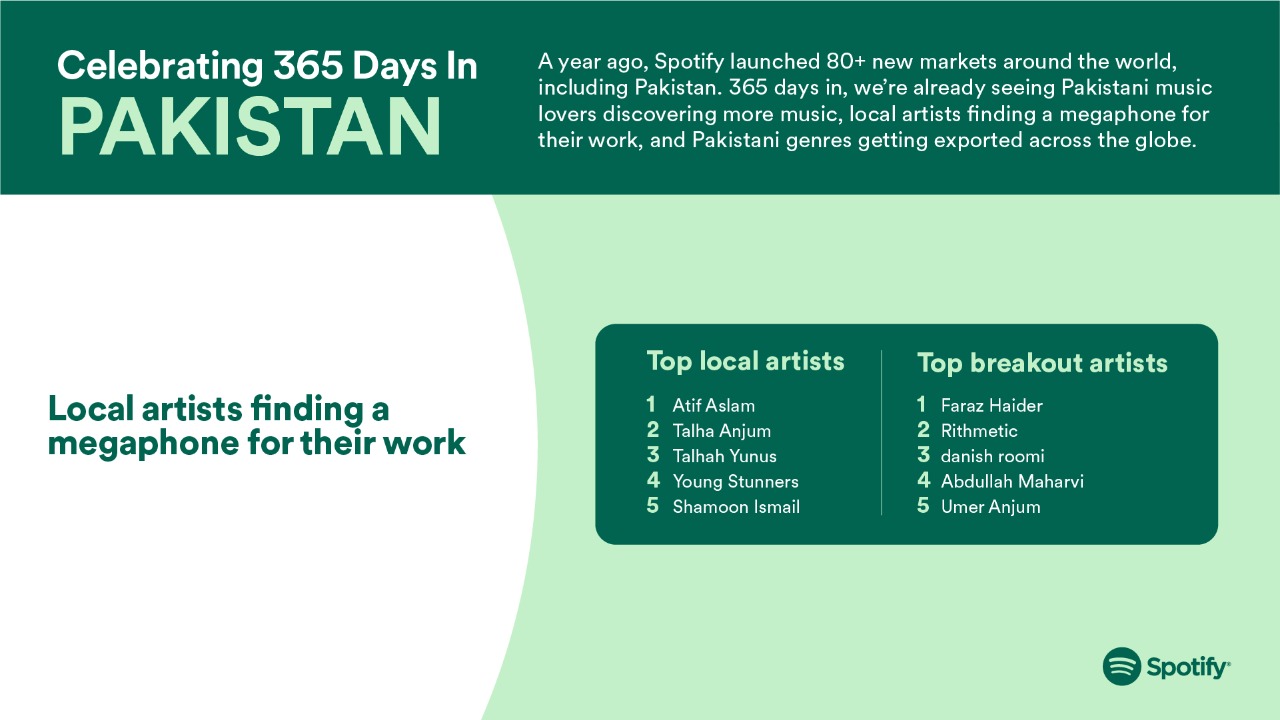 Young Stunners made a great impression on Pakistani fans over the past year, landing two spots in the top 10 most-streamed songs list. “Gumaan” came fifth, and “Afsanay” took the ninth spot.

When it came to how Pakistani fans connected with local stars, Atif Aslam was the most-streamed Pakistani artist on the platform, followed by the Young Stunners rap duo, Talha Anjum and Talhah Yunus. The top streamed local song spot went to ‘Ghalat Fehmi’ co-sung by Asim Azhar and Zenab Fatima Sultan from the movie Superstar.

Local Hip-Hop and Indie are striking a chord

With eight out of ten of the most-streamed Pakistani songs falling under local hip-hop and Indie, it is clear from the data that Spotify listeners in the country are connecting with these genres the most. Hassan Raheem made a prominent appearance in the top 10 local list with “Aisay Kaisay”, “Aarzu”, and “Joona“. At the same time, Young Stunners had five tracks in the same category, including “Don’t Mind” with Rap Demon and “Yaad” with Asim Azhar.

Music is personal for Pakistani listeners

Pakistani listeners love music and they are all about creating their own playlists to share with their friends and loved ones. According to Spotify, local listeners created 1.9 million user-generated playlists on Spotify. The most musical day in Pakistan was February 5, 2022, in anticipation of Coke Studio‘s certified hit “Pasoori” by Ali Sethi and Shae Gill.

There’s something about nostalgia 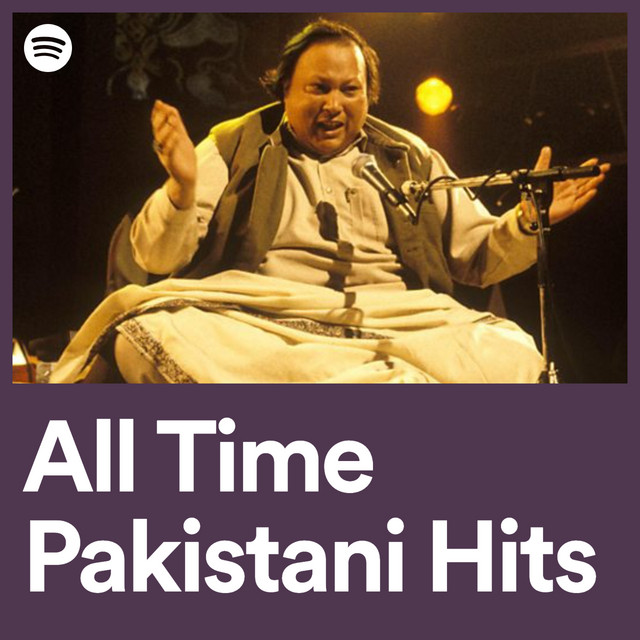