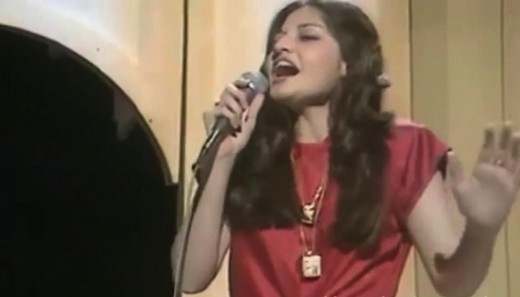 As the death anniversary of Nazia Hassan approaches, Times Square will be lit up with an image of the South Asian Queen of Pop.

A picture of the late pop star will be displayed later this month in New York’s Time Square as part of Spotify’s global EQUAL initiative.

The EQUAL program was launched earlier this year to provide space for women artists’ voices and recognize their impact on the music industry. For August the Disco Deewane singer is the brand ambassador for the streaming app’s EQUAL playlist. With her iconic song Boom Boom being highlighted.

She’s the first EQUAL ambassador to be honored posthumously.

“Nazia Hassan is a name synonymous with finesse and soulful rhymes. Her influence on the subcontinent continues to be emulated and admired until this day, even after her passing. Making her debut with the song Aap Jaisa Koi in 1980, she and her brother Zoheb Hassan have sold more than 65 million records worldwide. Having won the Filmfare Award for Best Female Playback Singer at 15 in 1981, she remains the first Pakistani and the youngest recipient of the accolade to date,” said the platform’s press release.

The 80s and 90s superstar was the poster girl of playback singing back in the day. However, people forget that she worked at the United Nations and other philanthropic efforts.

Even the music streaming platform acknowledged that;

“As the world celebrates the 22nd anniversary of her passing on Aug 13, EQUAL Pakistan remembers her profound impact on Pakistan’s music ecosystem. With her brother Zoheb Hassan, Nazia holds enormous respect and affection for her music and her contributions to social causes.”