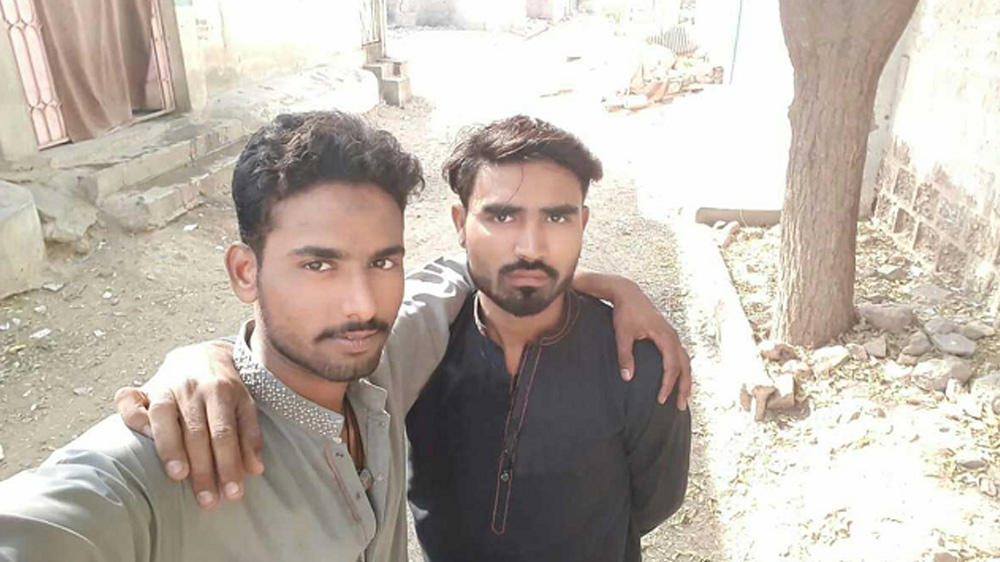 Well. On one hand we got teens who can’t get enough of their Snapchats and Tik-Toks. And then on the other hand, we have these two rank amateurs of a thief.

Just yesterday, these two ‘enterprising’ borrowers of a smartphone that surely didn’t belong to them, decided to do what teens usually do – snap a selfie and announce their bromance to the whole world (that last part being unintentional on their part, but lets stick with that version of things).

These two dudes AKA street criminals decided that snapping that selfie on a stolen phone was a great idea. The duo got the phone after holding up a lady at gunpoint in Karachi’s DHA Phase VI locality.

This incident was unfortunate for the lady. But as it turns out later, it proved to be more ‘unfortunate’ for our selfie-obsessed ragamuffins.

Caught by the Cloud

The two thieves were eventually caught, thanks to something called the cloud. No we are not talking about Karachi’s weather patterns here, but a piece of technology that helps you back up everything on your phone, such as your photos.

Erum Altaf. the woman whose phone was stolen at Badar Commercial area on December 27, decided to log on to her Google Photos account less than a week after the incident.  And what she found there led to the arrest of our selfie-obsessed thieves.

It should be mentioned that Ms. Altaf had filed a first information report (FIR) two days later against the criminals 2 days after her phone was stolen.

Turns out our unscrupulous thieves did not know their photos were being uploaded to Erum’s account. The police easily identified the accused – Nadeem and Majid – with the help of NADRA, and apprehended them.

A team from Darakhshan Police immediately arrested them at their place. Apart from the stolen phone, they recovered two illegal weapons from the thieves.

All’s well that ends well, as the phone has been returned to Ms Erum and the thieves will have to face the long arm of the law.