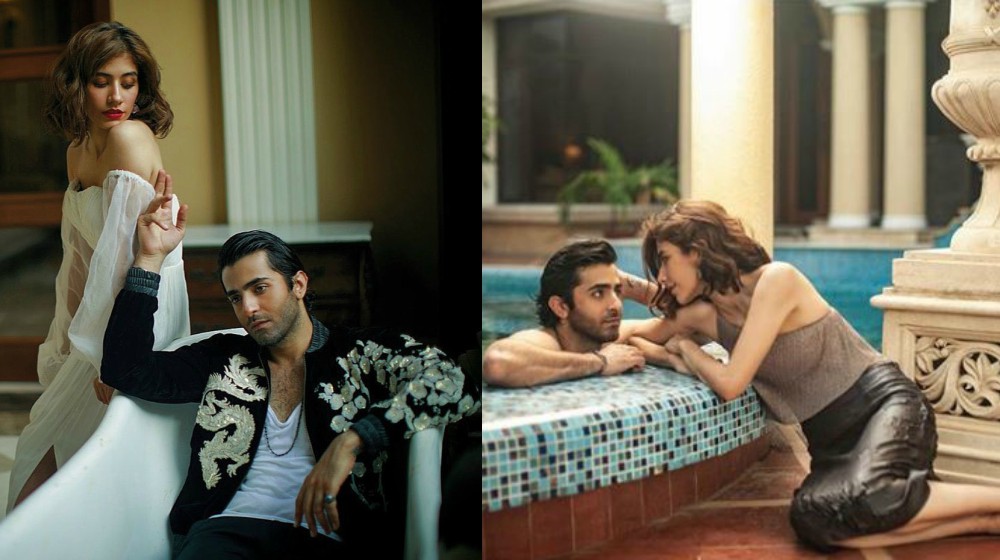 Syra Yousaf and Shehryar Munawar teamed up again, for a fairytale photoshoot. The Project Ghazi co-stars really look like characters out of a storybook.

After her film Chalay Thay Sath, Syra Yousaf had been pretty much disappeared from the limelight until she bounced back as the new Chocolatto girl. Fans really want to see her act again, but for now, they’ll settle for a photoshoot.

Syra Yousuf Lets Her Hair Do The Talking [Pictures]

The theme they were going for was ‘fall romance’, no wonder stylist Rao Ali Khan tried to create a glimpse of ‘happily ever after’ for the photoshoot.

Both Shehryar Munawar and Syra Yousaf really do bring to life the idea of a warm fall love story. Especially the more inter-personal glimpses at relationships.

Despite those fairytale vibes, some people criticized the Tanhaiyan: Naye Silsilay so-stars for the photoshoot being ‘too bold’.

Both the cos-stars said that they’re actually friends off-screen. They told the magazine that they look forward to working together onscreen again. Shehryar Munawar was last seen in the 2019 film Parey Hut Love opposite Maya Ali. Since then there have been dating rumors between the two and their fans have been shipping the two together, whether there’s any truth to the rumors or not.