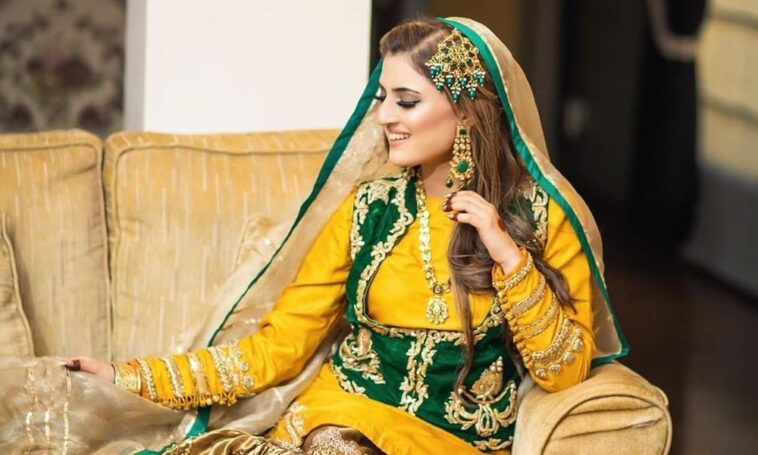 Talented young star Tania Hussain took to her social media account on Instagram to share some breathtaking clicks with her fans and followers. The Kashf star shared some exclusive pictures from her photo-shoot for “Souchaj”. 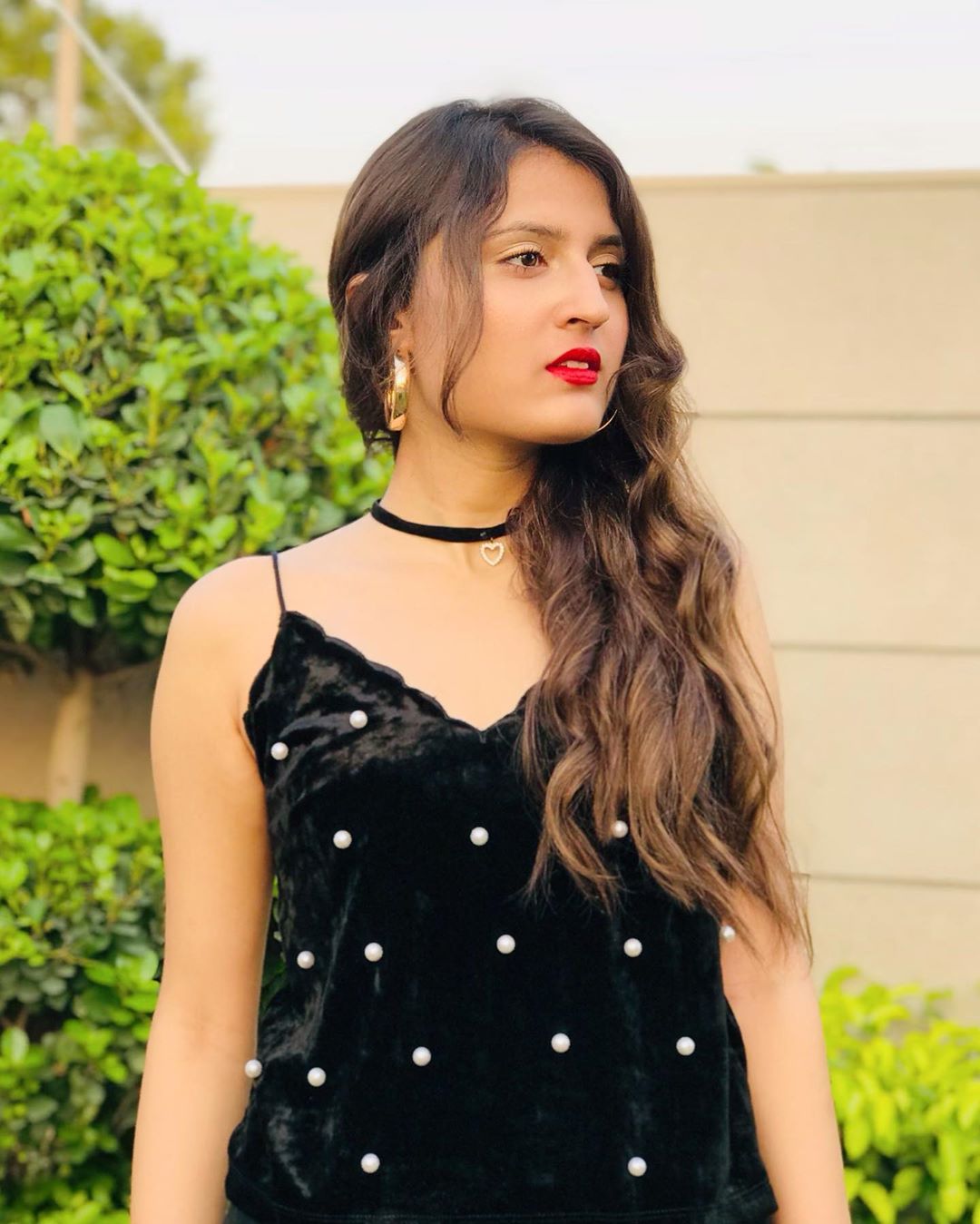 Tania Hussain is an up and coming model and actress of the Pakistani entertainment industry. The talented youngster is no stranger to the glitz and glamour of the showbiz industry as she is the daughter of renowned supermodel and media personality Natasha Hussain. 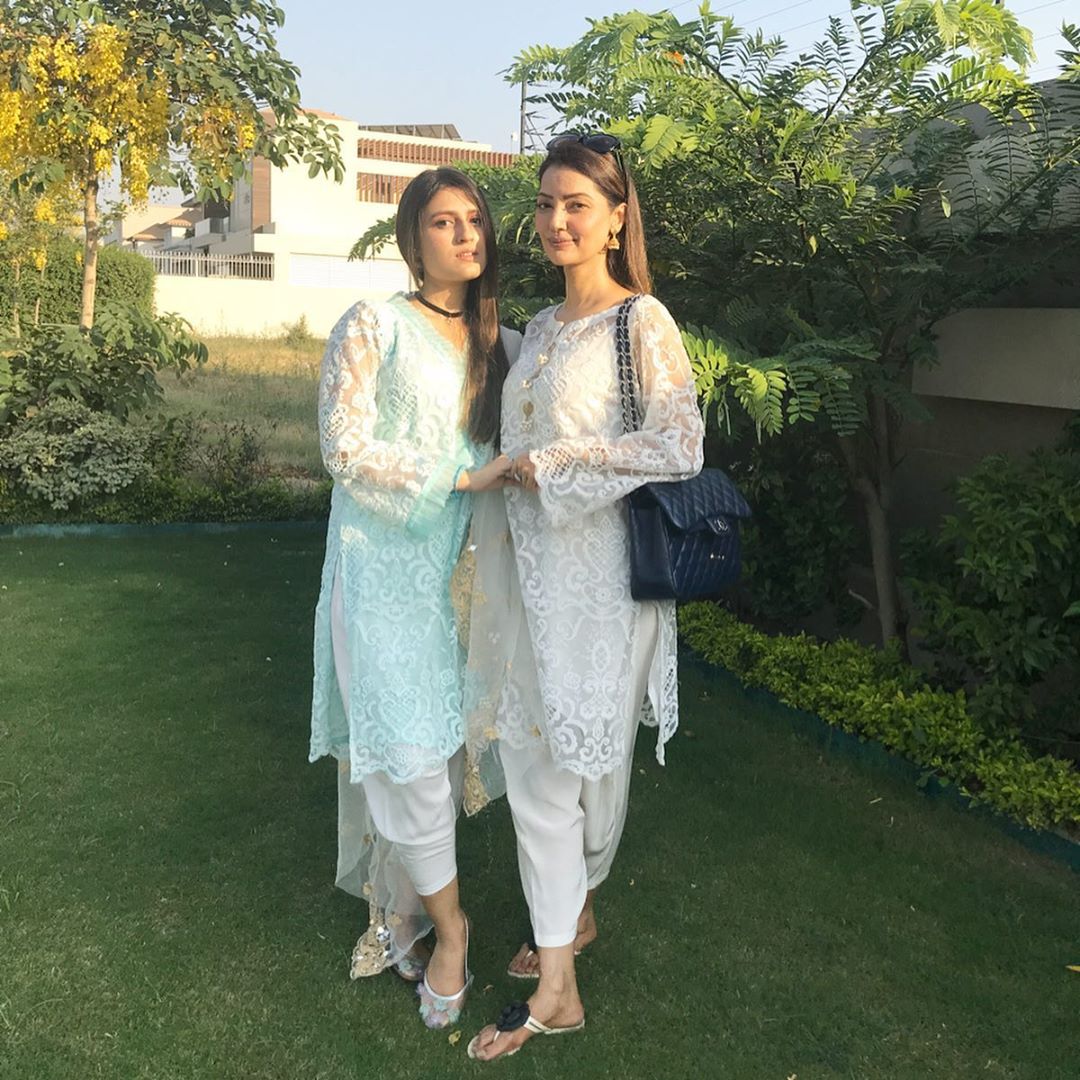 Just like her mother, Tania is well on her way to becoming a household name with brilliant performances in hit drama serials. Despite being cast as a supporting character, she has made the most of the limited screen time. Tania is currently starring in the hit drama serial Kashf.

Tania is also well known for modeling as she has done so for many popular designers and makeup artists. She got a chance to shine in the spotlight once again as she looked breathtaking in the beautiful outfit by “Souchaj”. Check it out: 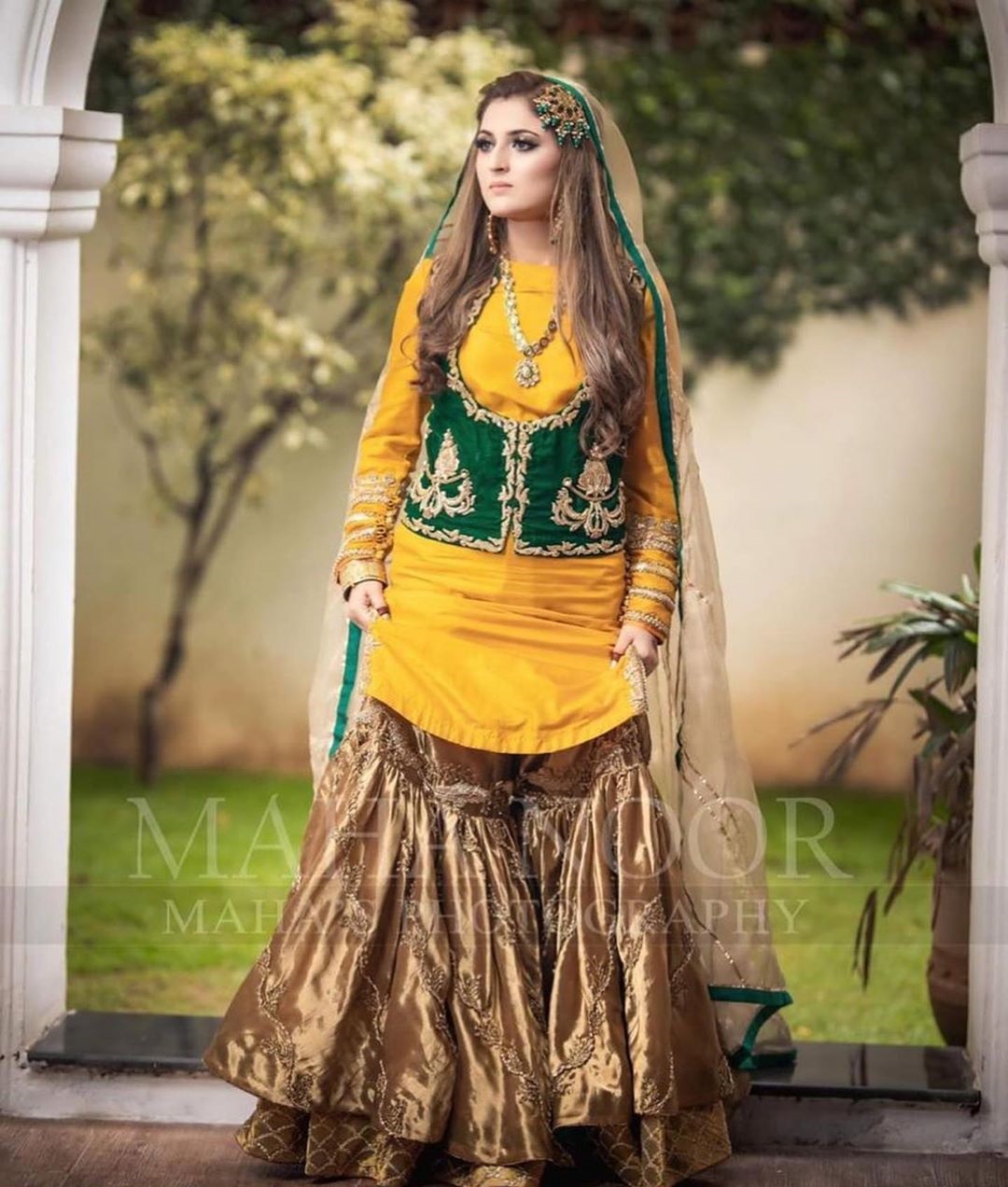 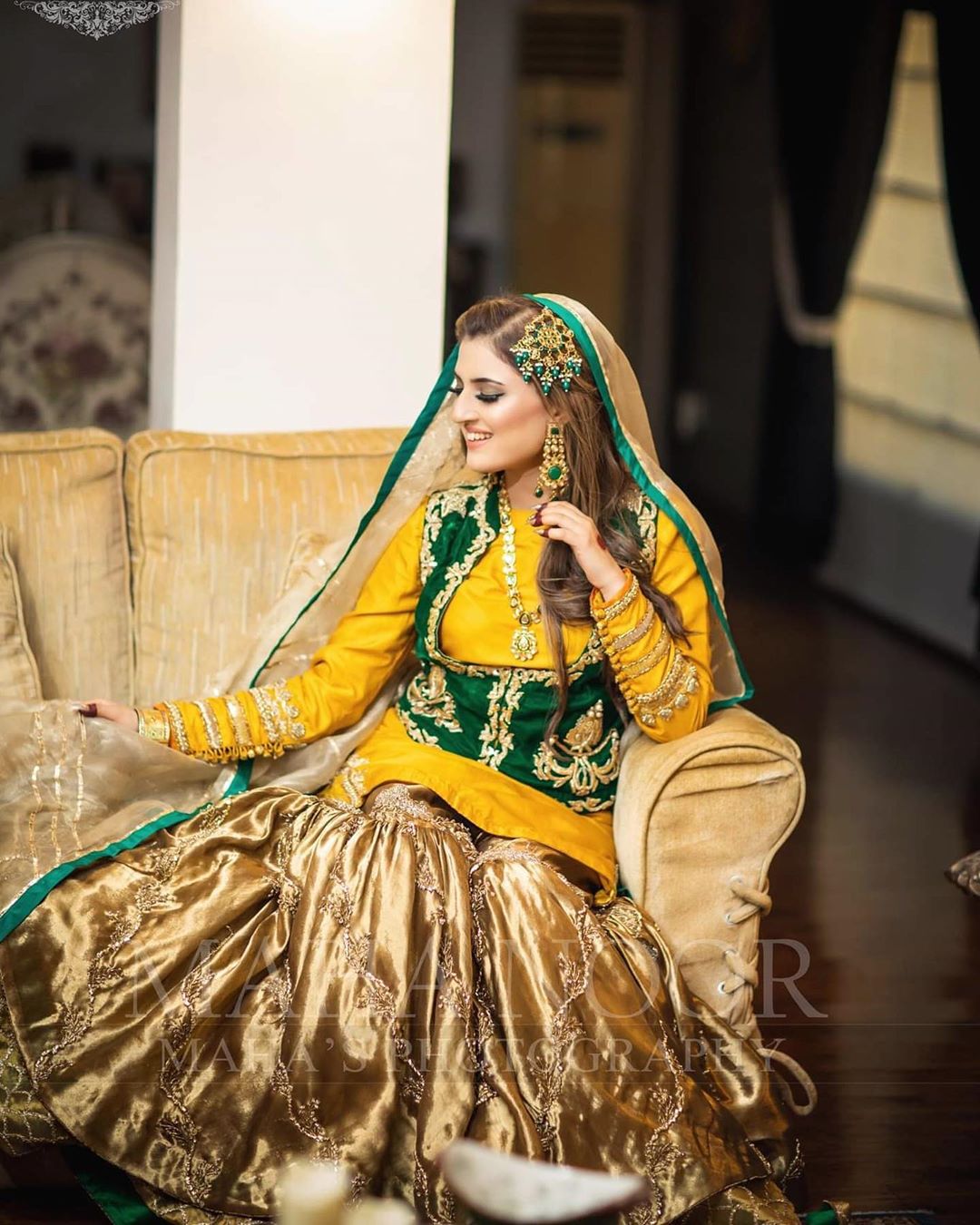 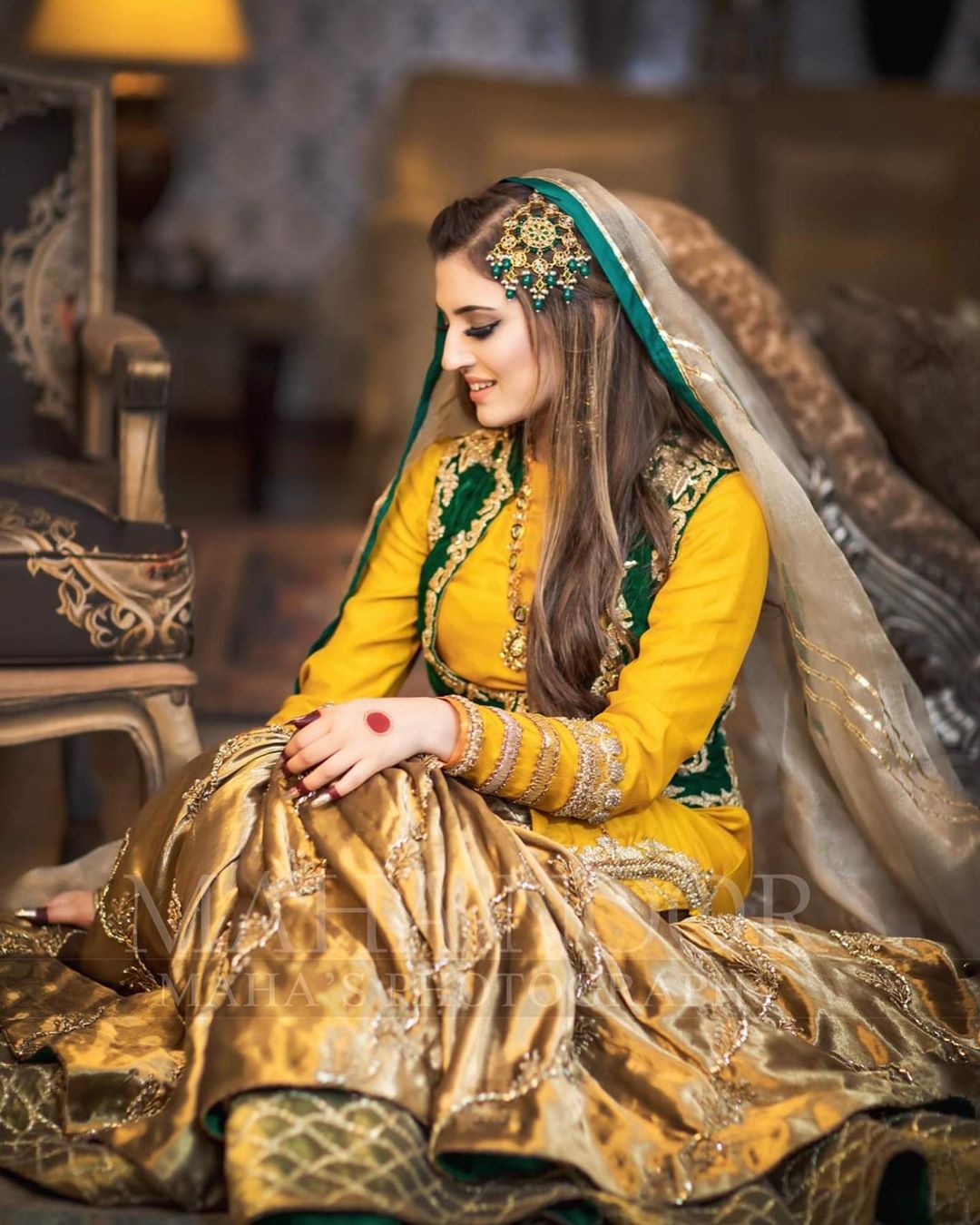 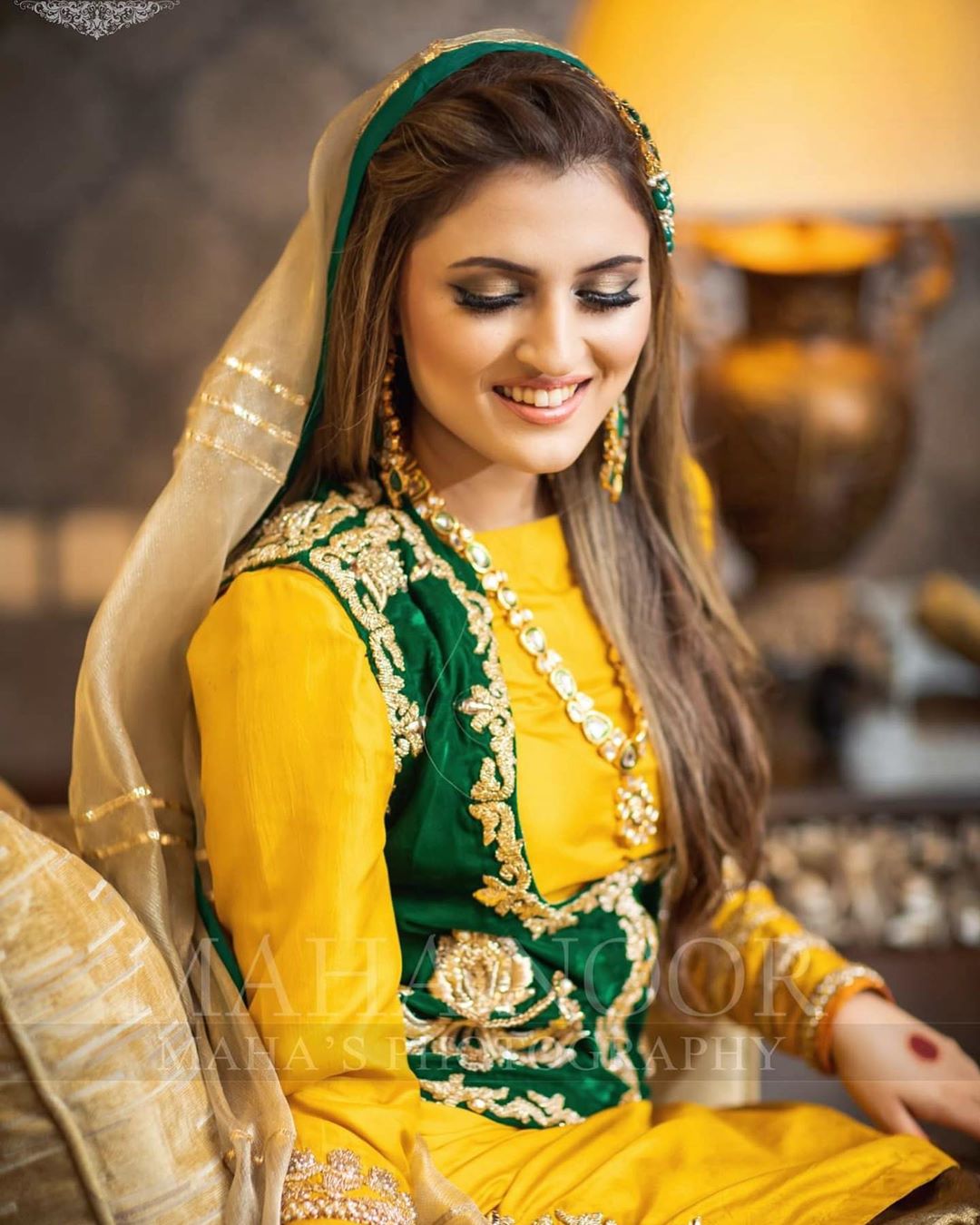 She is wearing a yellow shirt with a green jacket and a gold gharara that has heavy golden embroidery, all of it paired with a lovely golden net dupatta.

The combination of green and golden jewelry by Zaheen Kamran nicely compliments the outfit and the soft gold makeup by Faiza’s Saloon only enhances Tania’s beauty.

What do you think about Tania’s photo-shoot? Share your thoughts in the comments below. 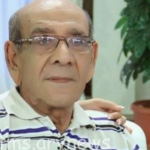 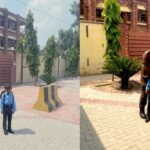