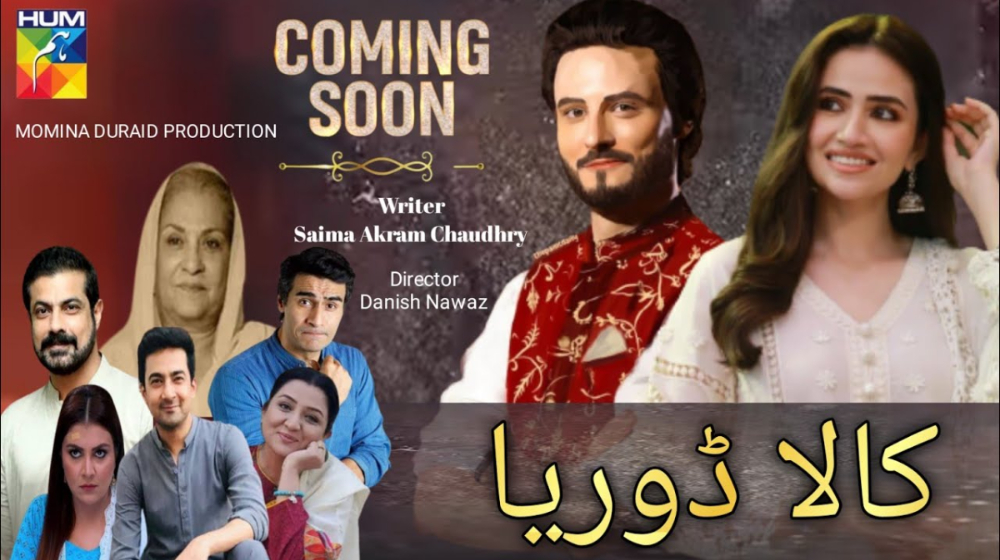 HUM TV’s drama serial Kaala Doriya has been marred with delays for quite some time. And finally, we get the first look at this most anticipated serial starring Sana Javed and Osman Khalid Butt as main leads. 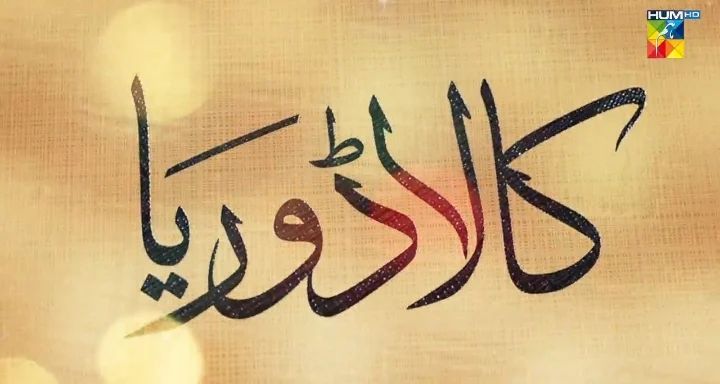 The reason behind its long delay was that the screenwriter Saima Akram Chaudhry’s show just cannot seem to decide upon its male lead. Fans knew actress Sana Javed is onboard since day one, but her male costar was undecided until last month. 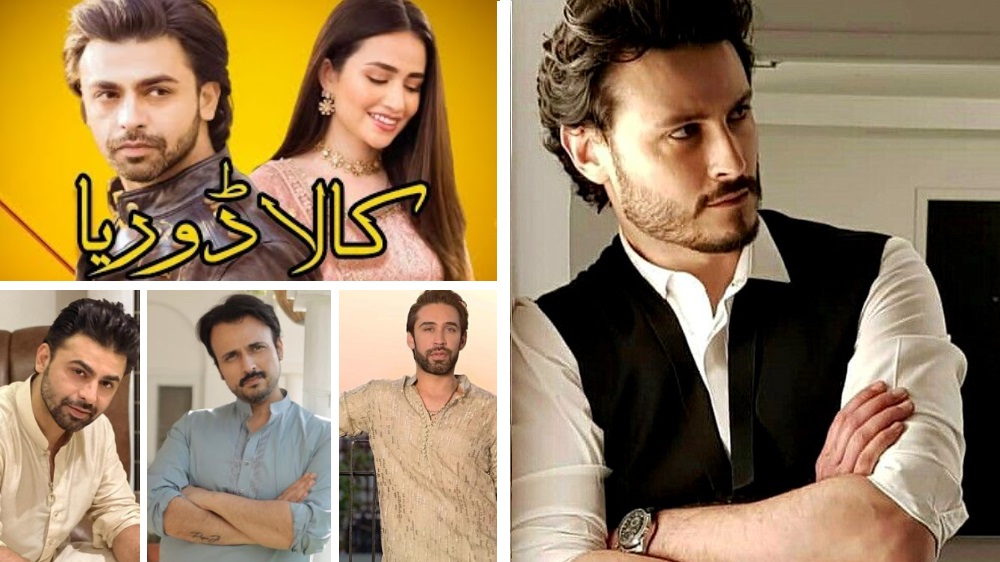 Originally, Farhan Saeed was the first choice but he left. His replacement was Usman Mukhtar who also left. It was later shared that Farhan came back onboard. However, he left again and this time Ali Rehman Khan landed the role. But due to “reasons”, he was replaced with Ehd-e-Wafa star Osman Khalid Butt. 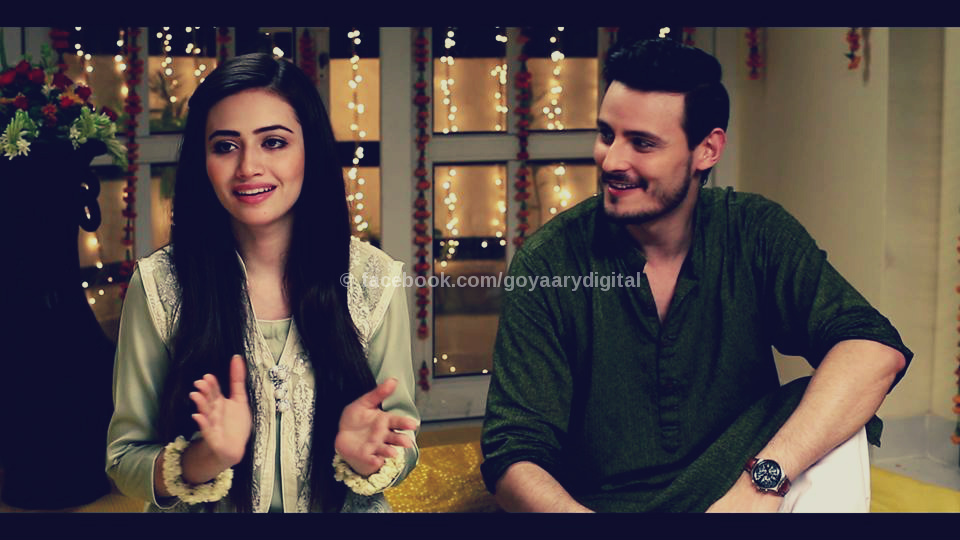 We haven’t seen Osman Khalid Butt on TV since Chupke Chupke. The audience was excited at the prospect of seeing the Goya stars (Sana and Osman) together again. People felt the two will have better chemistry together. And now after taking a look at the first teaser they are super excited as they click together perfectly.

Here is the teaser below. 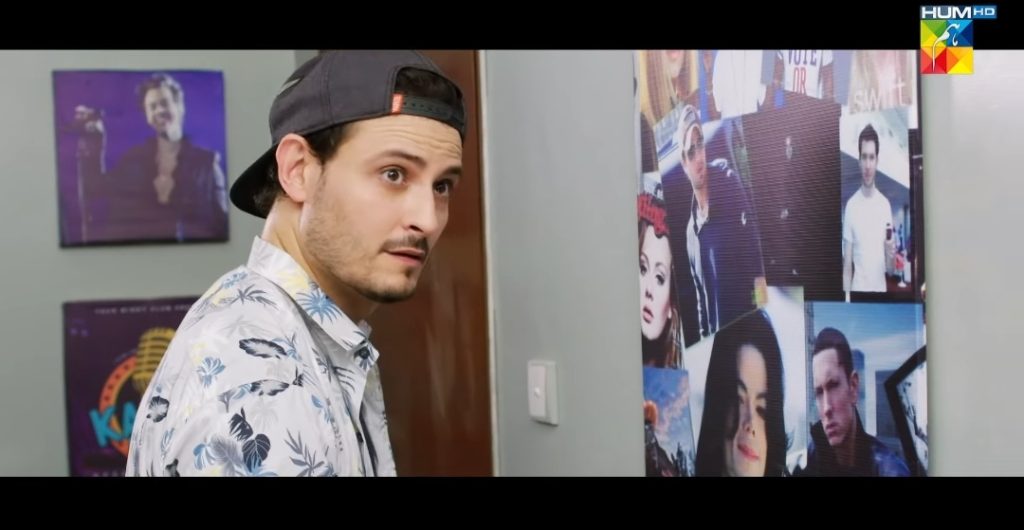 The story seems to revolve around two families who just despise each other and the youngsters from that very family fall in love. The cast of the show includes Shehzad Noor, Adila Khan, Farhan Aly Agha, Nadia Afgan, Zainab Qayyum, Tamkinat Mansoor, Khaled Anum, Ali Safina, Samina Ahmed, and others.

As soon as the teaser went viral the audience came up with mixed reactions. Some say Sana Javed is copying Ayeza Khan’s acting from Chupke Chupke. Some say that all Saima Akram stories are the same. And some even pointed out that the same houses from Suno Chanda and Chupke Chupke are used for this serial as well. But fans are really excited and eagerly waiting for it. Here are the comments below 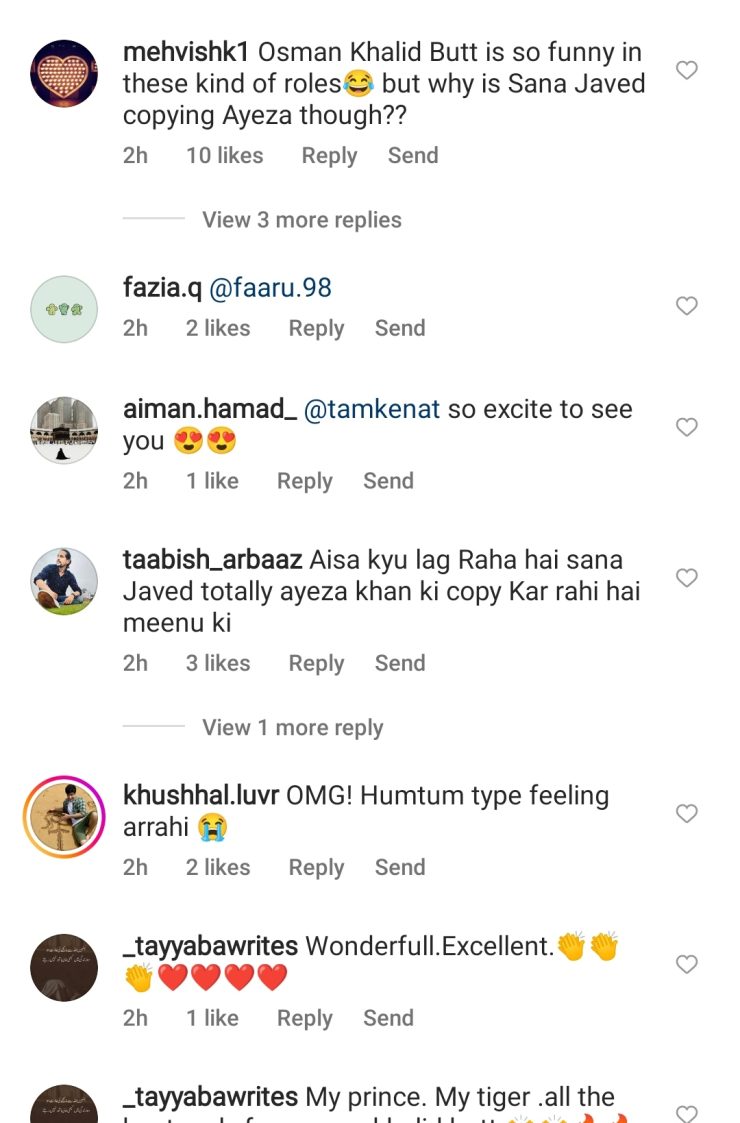 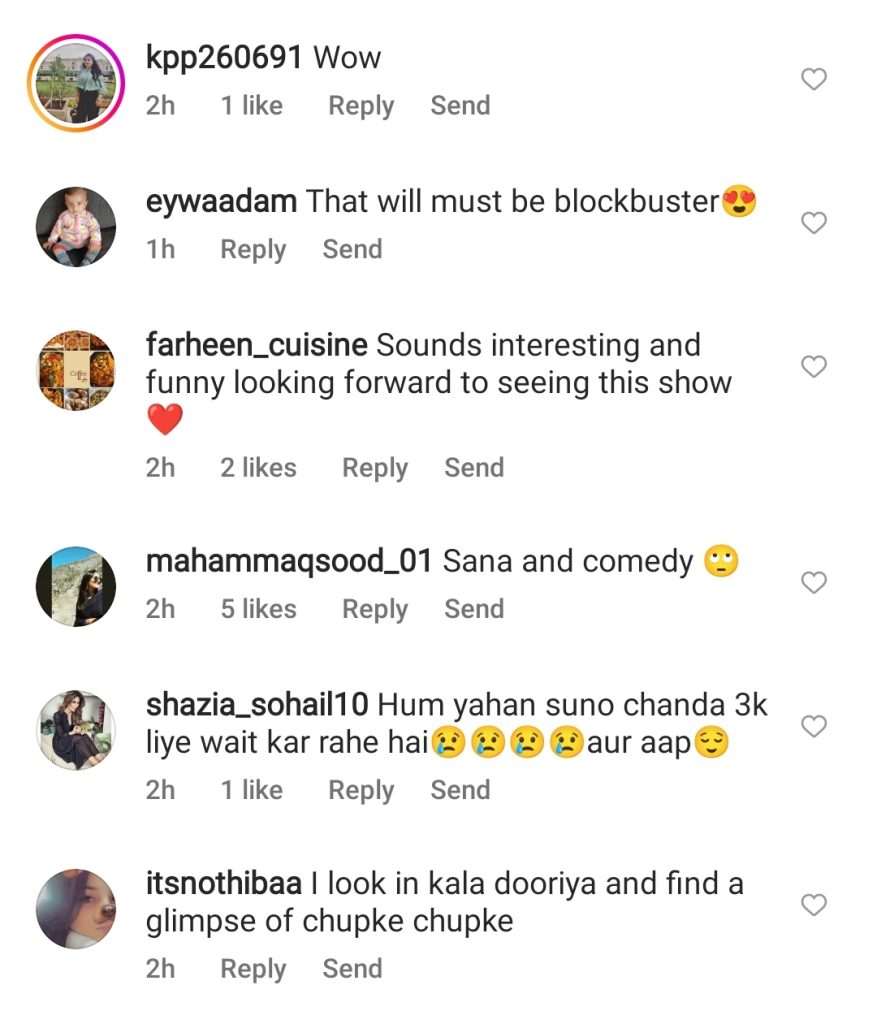 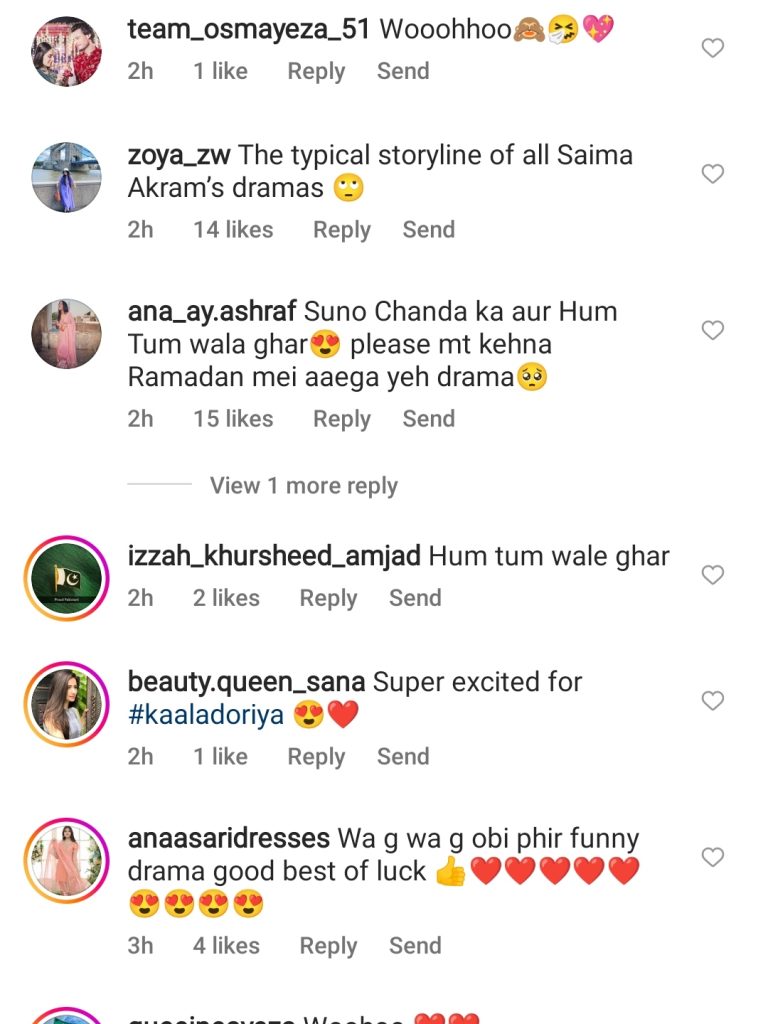 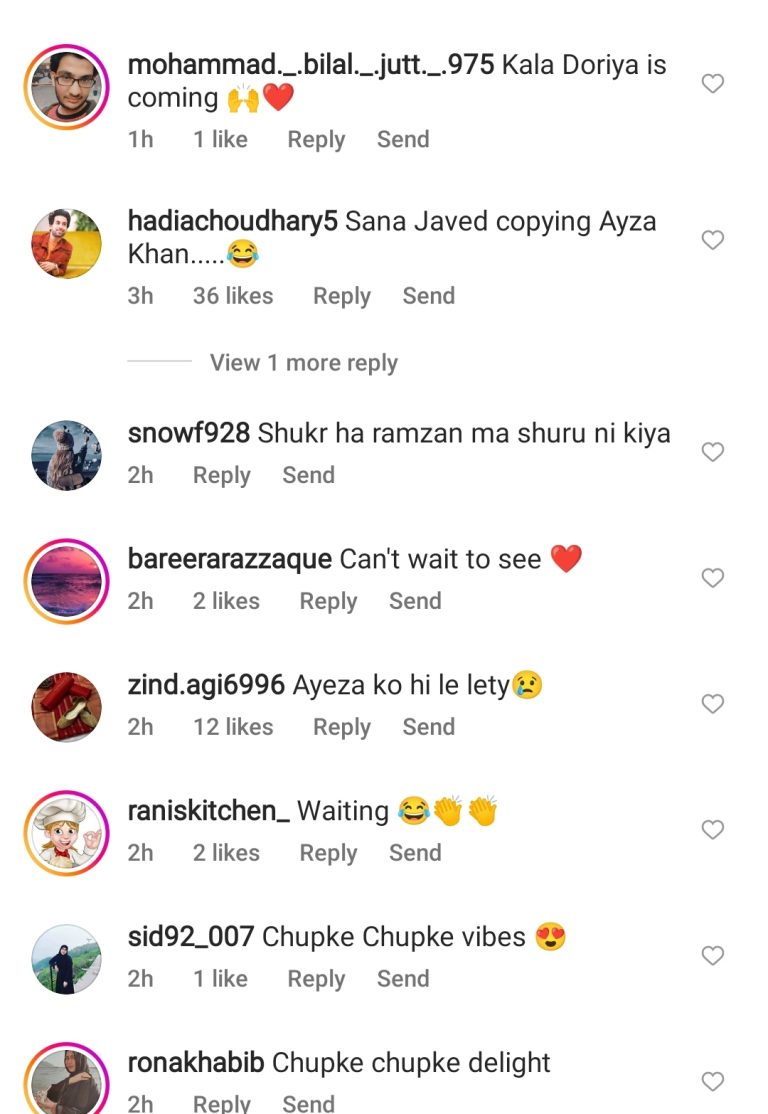 ALSO READ
Dubai Calling: Hassan Ali Jets Off For Another Vacation With Family