The rich and famous Hollywood celebrities tend to go all out when it comes to vacationing, wearing designer outfits or spoiling themselves in luxuries. Thus, it shouldn’t come as a surprise that these stars shell out some big bucks for their fiances. Engagement rings are a make or break for these celebrities and everyone of them tries to outdo each other with the most flashy and expensive ring they could find.

Let’s take a look at some of these super expensive engagement rings: 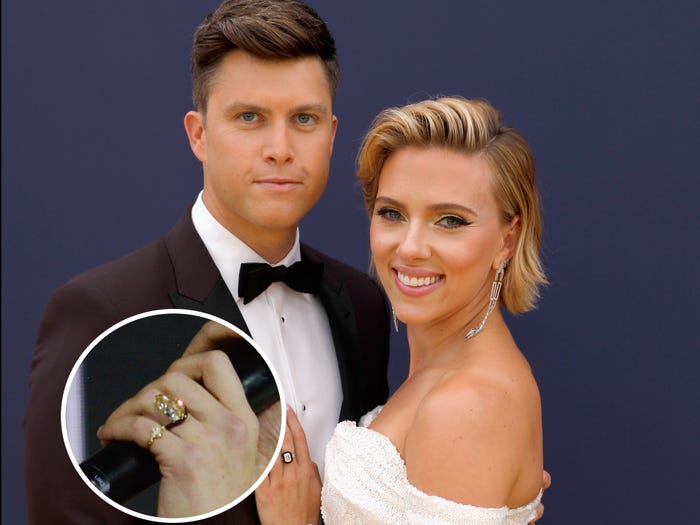 The Hollywood couple got engaged in May of 2019. The SNL star bought an engagement ring worth $450,000 for the ‘Black Widow’. 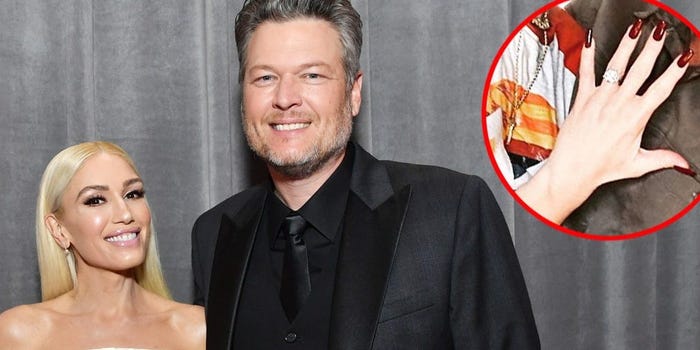 Popular musicians Gwen Stefani and Blake Shelton got engaged recently in October. The country singer gave a gorgeous eight-carat, diamond with trapezoid sides ring that is worth $500,000. 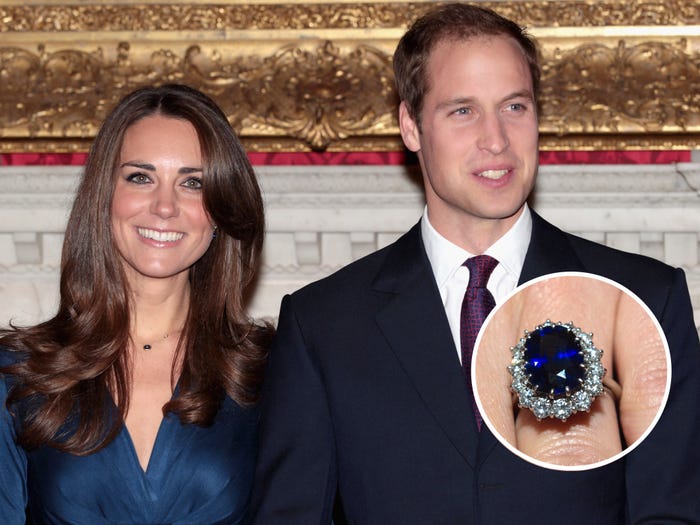 The $500,000 heirloom may not be the most expensive ring on the list, but its sentimental value and royal history is certainly worth so much more.

The previous owner of this royal heirloom was none other than Princess Diana, who wore it when she was engaged to Prince Charles. 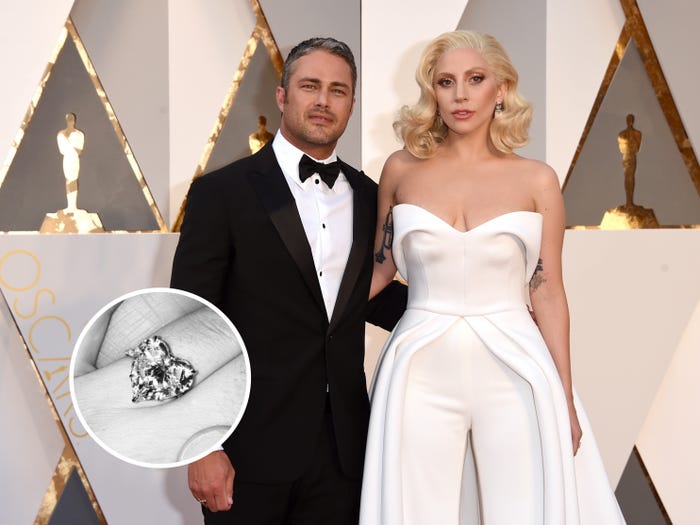 Another $500,000 ring, this one has a micro-pavé platinum band with an engraving that says: “T ♡ S,” the ‘S’ stands for Gaga’s first initial name, Stefani. 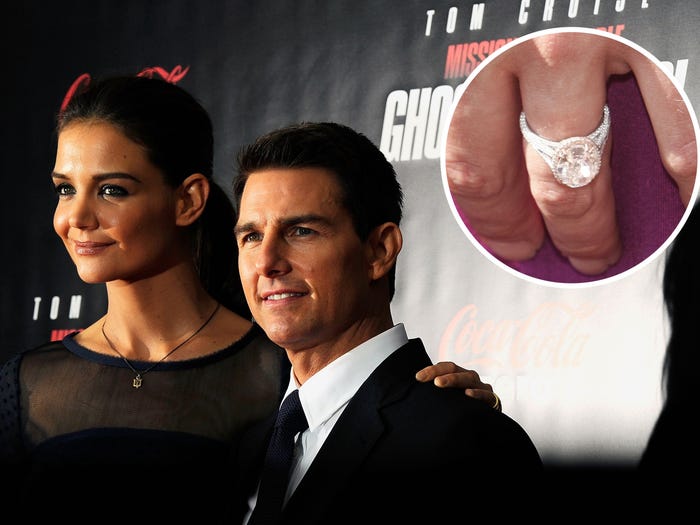 Although their marriage didn’t last long, the 6-carat diamond ring is certainly pricey! The ring has been estimated to cost somewhere around $275,000 and $1.5 million. 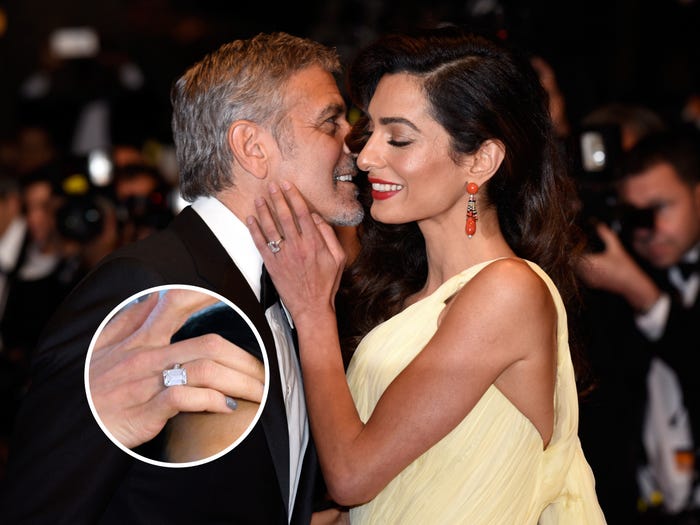 The playboy actor of Hollywood got his fiancé a 7 carat emerald cut diamond ring that is valued at $750,000. 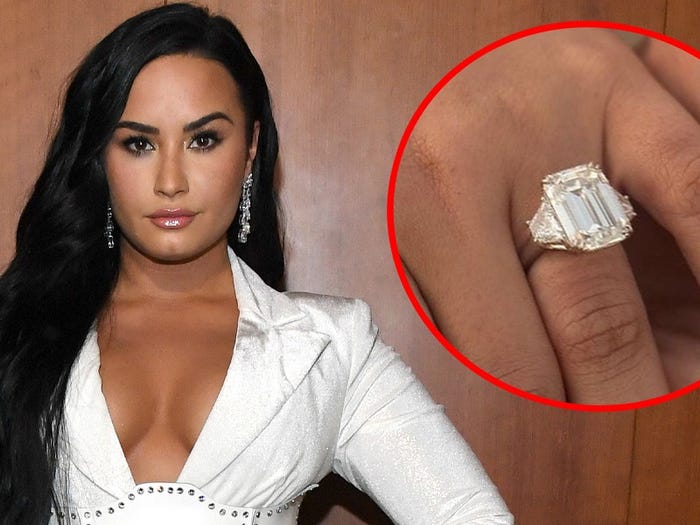 The popular singer got engaged to to Max Ehrich this year as she made the announcement on 23rd July. Unfortunately, things didn’t work out as the two called it quits in September.

The singer however get a nice ring out of it, which appears to be a 10-carat emerald-cut stone worth $1 million. So, yay? 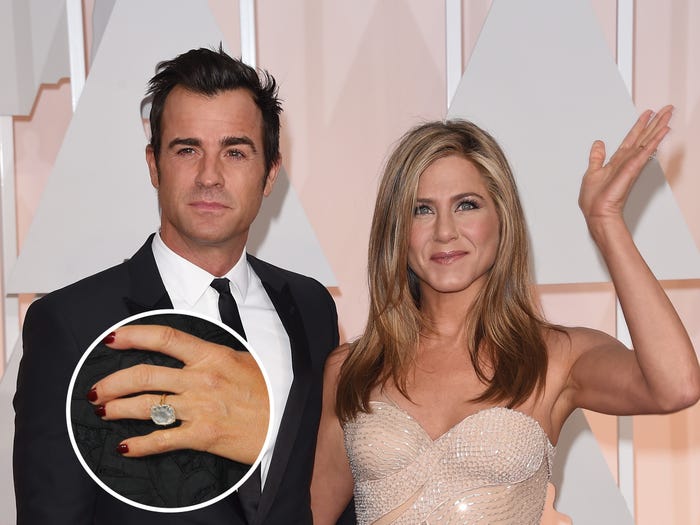 The Friends star got a stunning 10 carat ring, which is worth approximately $1 million! But then again, it is ‘Rachel’ after all.

Pakistani Celebrities Who Got The Most Expensive Wedding Gifts 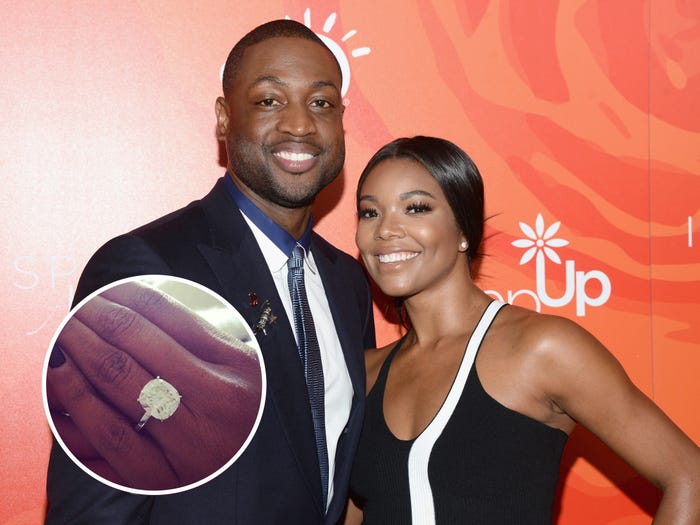 NBA superstar got a 8.5 carat cushion-cut diamond ring for his fiancé, which is valued at $1 million. 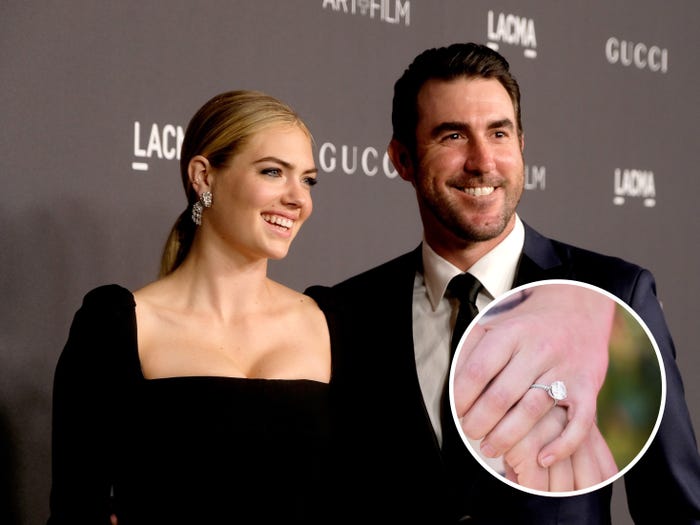 The 8-carat, round-cut diamond shaped in a unique six-prong setting is estimated to be worth $1.5 million. 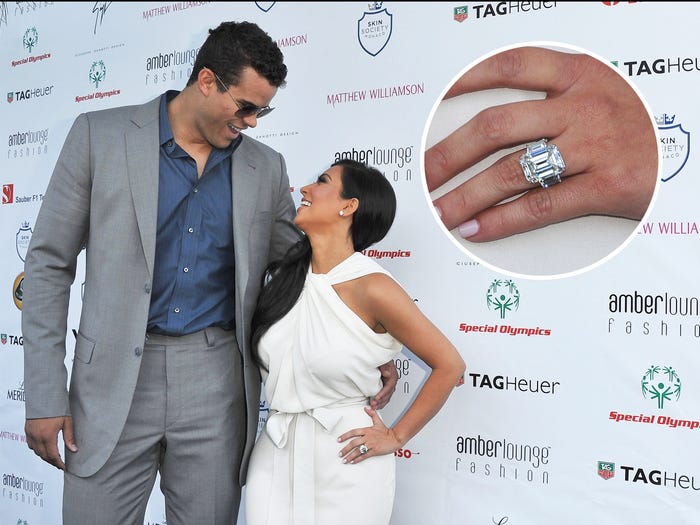 This is a marriage that only lasted 72 days. However, the ring Kris got for Kim was worth nearly $2 million!

Things didn’t get better Humphries as he auctioned the ring off at a charity event for a throwaway price of just $749,000. 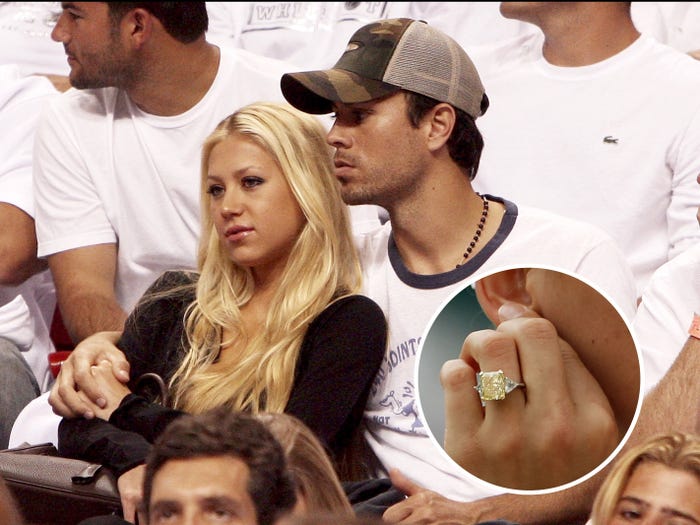 This unique yellow diamond is set in platinum and has two more diamonds on either side.

The Latin singer got his tennis pro fiancé a 11-carat, pear-shaped pink diamond ring. The was worth up to $2.5 million dollars back in 2001. 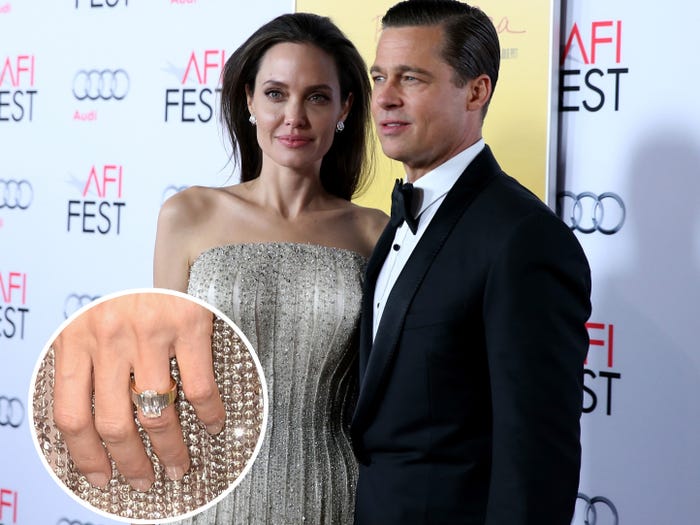 Another failed marriage that didn’t last long. The ‘Brangelina’ engagement jewelry is a 6 carat diamond ring that is estimated to be around $1 million. 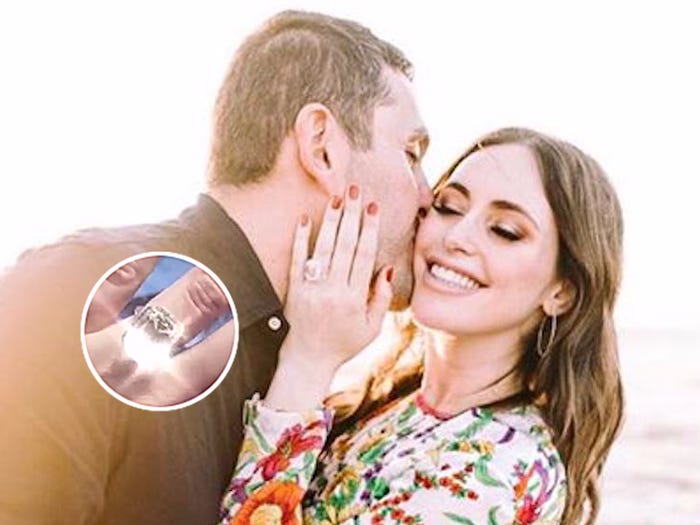 Experts estimate that this impressive jewelry piece is worth around $2-3 million. 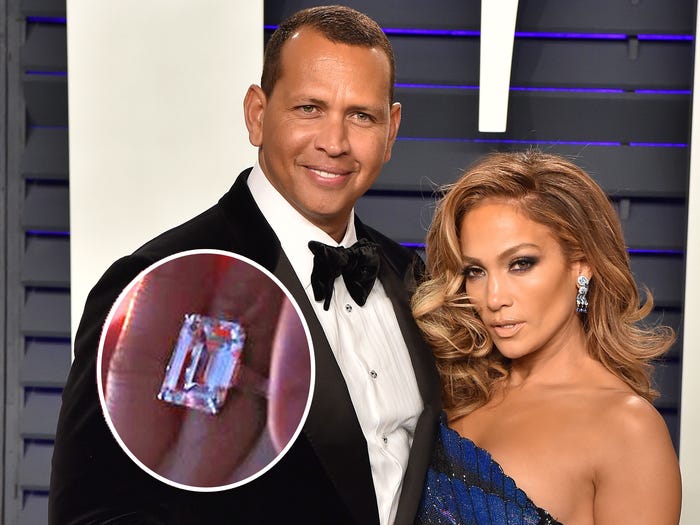 The two Hollywood celebrities have been together since 2017. The 20 carat ring Alex gave to J-Lo is estimated to be worth $4.5 million. 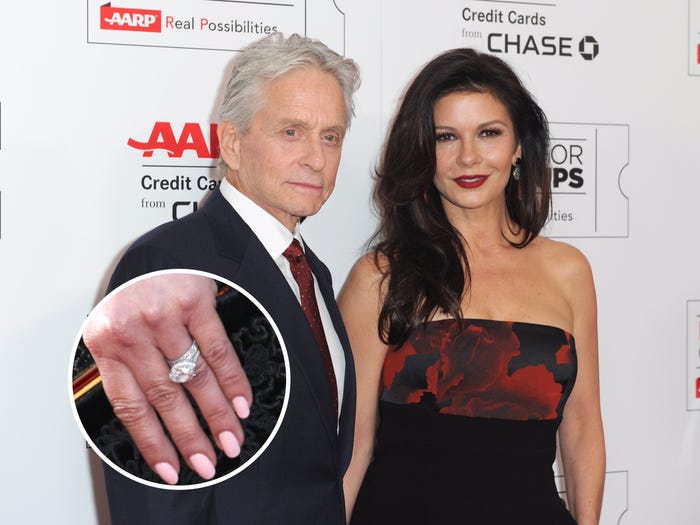 The legendary actor got a 10 carat stone which is worth about $1 million for the beautiful Catherine Zeta-Jones.

What do you think about these celebrity engagement rings? Share your thoughts in the comments below.

This Coronavirus Mask Can Be Yours For Only $1.5 Million 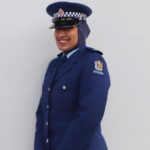 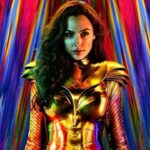