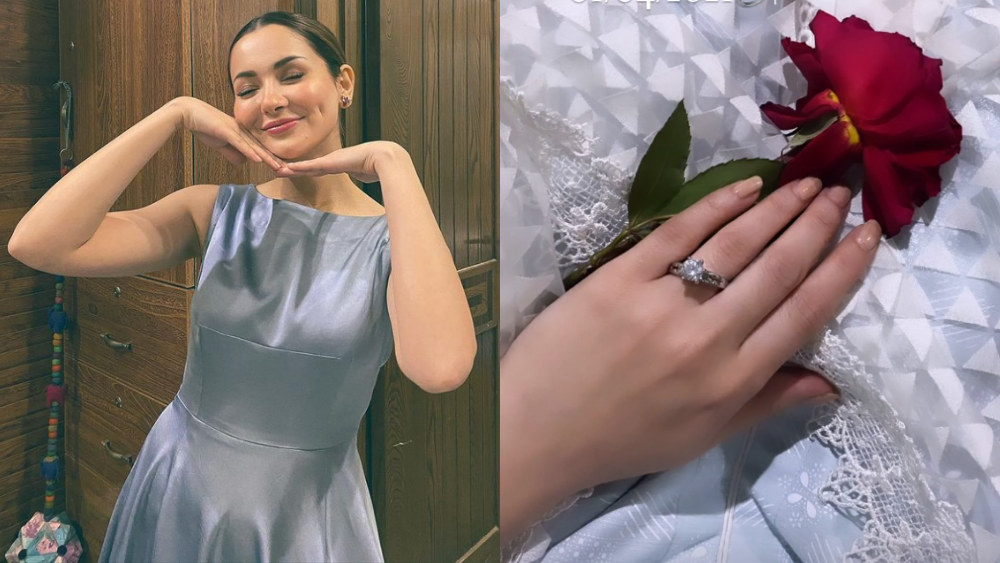 Hania Aamir has once again come under the spotlight after the news regarding her engagement emerged on social media yesterday evening. But turns out, it was all a prank.

The buzz was created by the Ishqiya actress herself. Taking to her Instagram stories, Hania Aamir posted a picture of her hand wearing a beautiful engagement ring and captioned it: 01/04/2021 with a ring emoji, confirming that she has indeed gotten engaged. 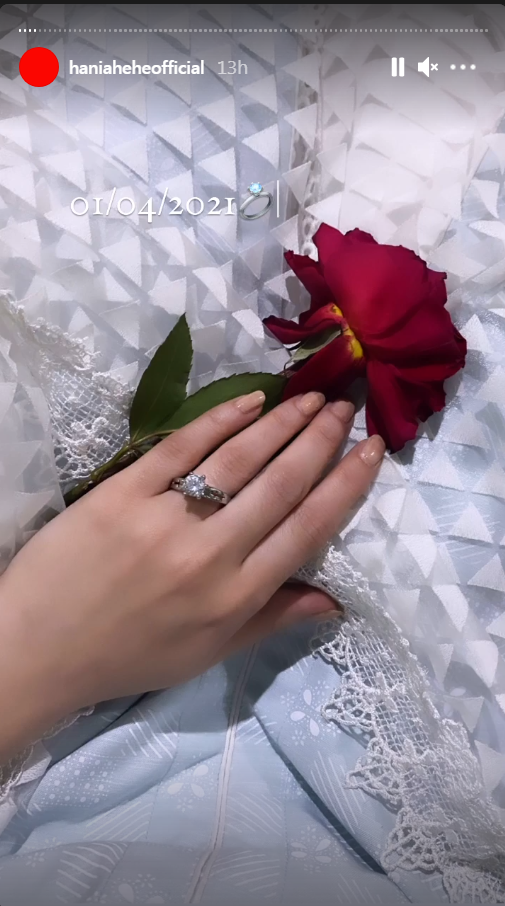 Soon, all of her friends started congratulating her on turning a new leaf. But, the surprise doesn’t end there. Her friends also revealed that the Anaa star is engaged to be married with singer Shamoon Ismail.

“Congratulations to my two very good friends on getting engaged,” one of her friends wrote. 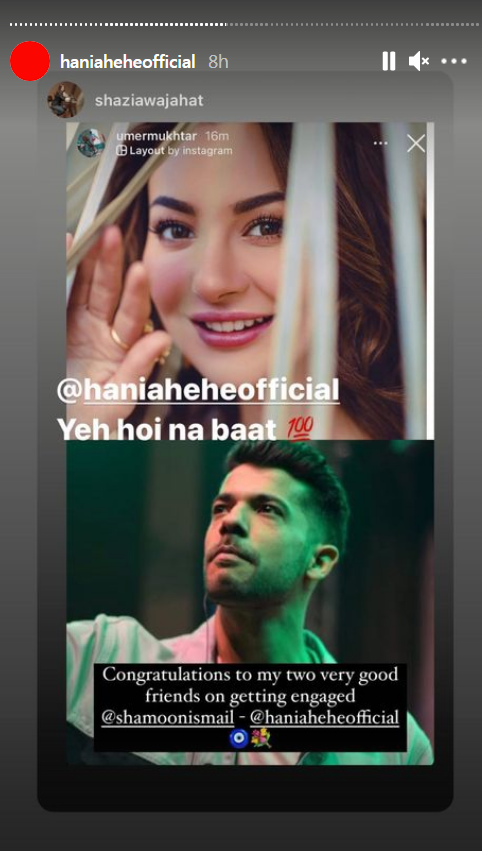 Fans were left in a shock and they couldn’t get hold of the situation. #HaniaAmir once again started trending on Twitter as netizens were partly happy partly surprised by the sudden announcement. 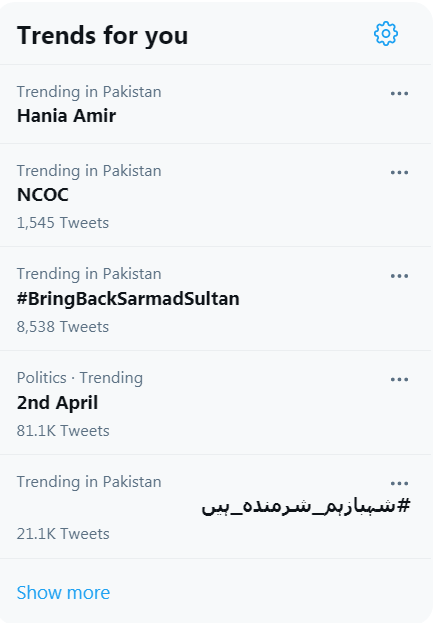 Hania Aamir clears the air about her engagement

After a few years of playing with the hearts of her dear friends, Hania Aamir announced that the engagement post she made was an April Fool’s post. Her friends were in on the joke, hence the well-wishes and of course, Shamoon Ismail also had fun teasing his fans.

The actress then shared a video where she can be seen dancing at her triumph of pranking her fans and followers. She tagged all of her friends who were part of the joke and wrote:

Thanks guys. I’ll definitely have a better quality photo when it’s real. I love you guys. #aprilfools Thanks @shamoonismail for being such a sport. And my crazy friends for just being themselves.

After realizing that they were indeed pranked at April Fool’s, Hania’s fans took social media by storm and started sharing new memes. But they were somewhat relieved to find out the engagement never really happened.

The Dil Ruba actress reshared the memes and also shared some BTS clips in which she can be seen panicking after making the false announcement. But all’s well that ends well. It was a harmless joke and netizens also had a good laugh. 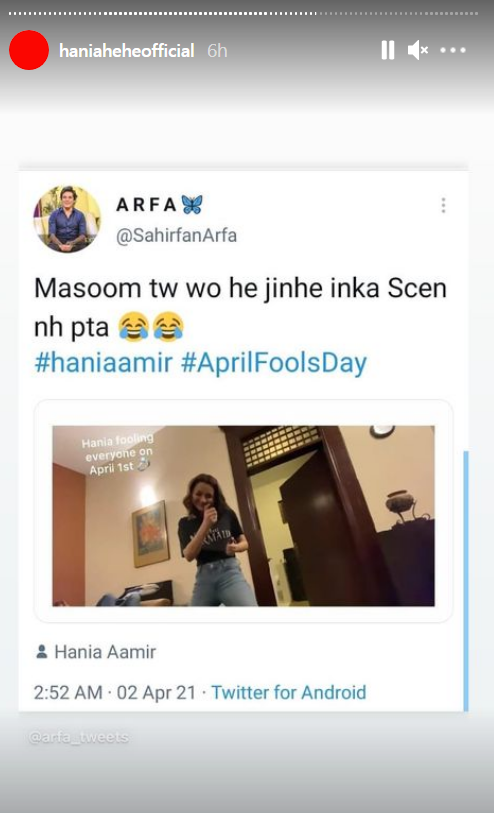 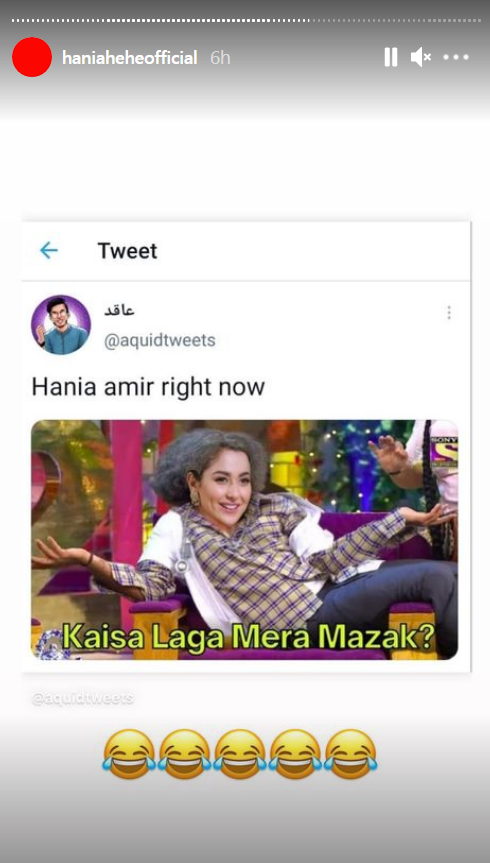 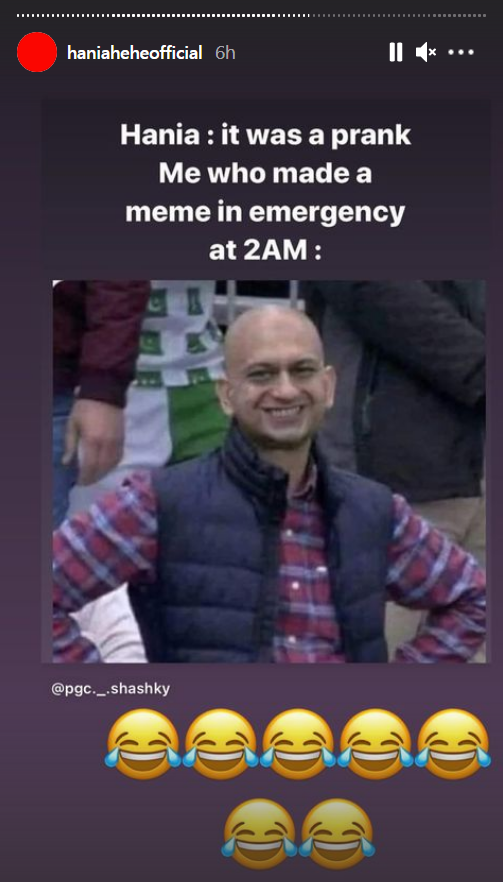 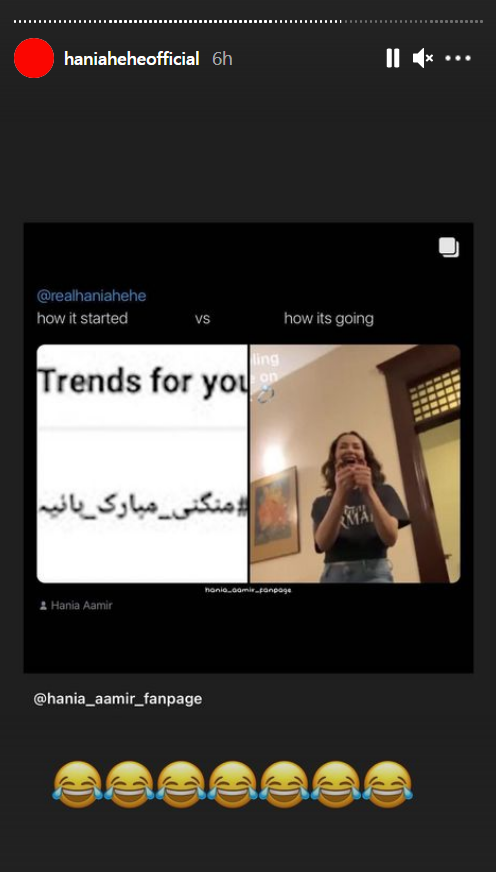