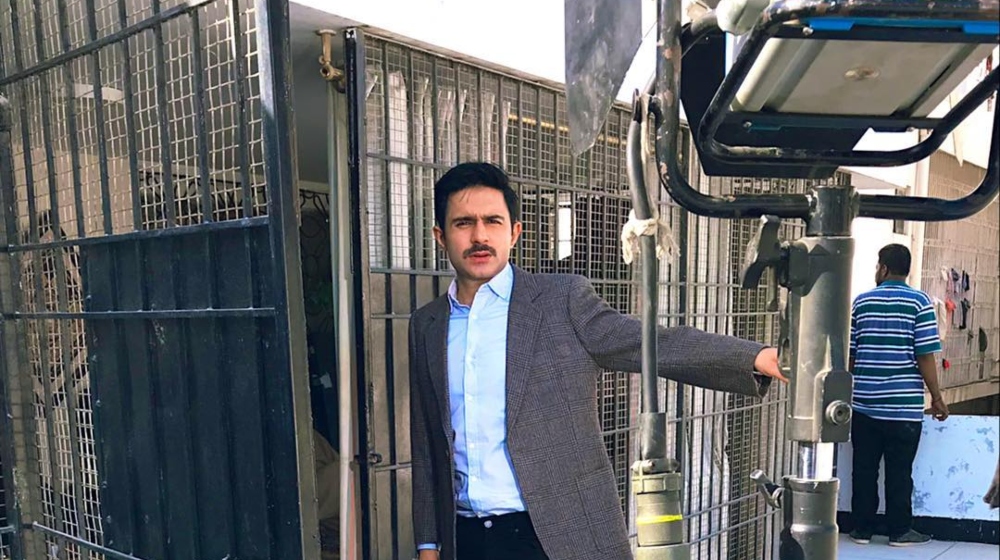 Recently Hamza Firdous announced that he’s leaving the Pakistani drama scene. This led people to assume that he was quititng acting.

Now Hamza Firdous has revealed that he just won’t be acting in Pakistani television dramas, but he’s still acting. The ‘Abby school’ graduate revealed that he’s he has an Irish film lined up titled ‘Osten sq Plc‘

“I am not leaving acting, … in fact I have signed an Irish film titled ‘Osten sq Plc’. I won’t be acting here but in Ireland, UK, Europe and other international platforms.“

Hamza Firdous and his new venture

Days ago, Hamza announced on social media that his upcoming drama Janbaaz will be his last gig for television.

”Malal e yaar”, ”Bin Badal Barsat” and an outing in ”Janbaaz” will be my last in Pakistan.
I am thankful to each and every one of their love and support throughout.

The reason behind the Malal-e-Yaar actor going international, is because he’s obviously courting better opportunities. Pakistani cinema lacks the international audience that foreign cinema (even Iranian cinema) has. That’s what Farhan Tahir did after all.

“I’ll be working internationally, but not here,”

Yet there are rumors that Hamza Firdous’ decision is based on his father and veteran actor Firdous Jamal’s recent comment about the lack of true performers in the biz.

Hamza Firdous told Images that he would release a video with the details of his decision. On the other hand Entertainment.pk reports that he’ll talk about the matter in detail but currently he’s busy finishing up his current commitments.