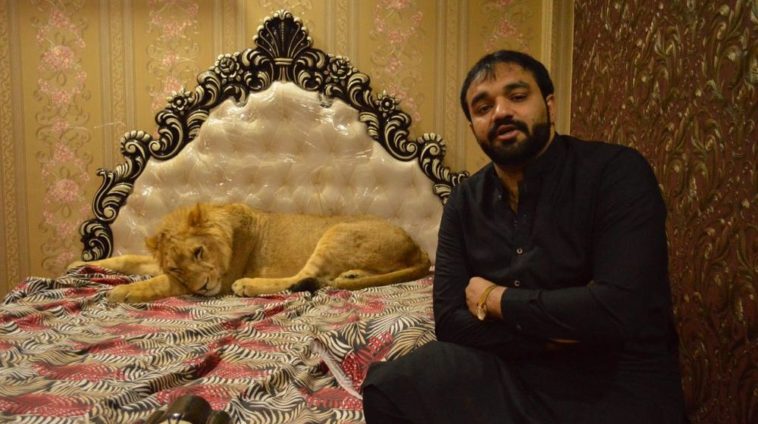 I am sure that you must have heard about pet dogs, parrots, and cats but have you ever heard about someone keeping not one, but two pet lions? And what’s more, these giant cats live like royalty in an air-conditioned room, eating meat on their bed and plays with little children?

What’s is even more interesting to hear is that these exotic animals have been tamed by a Pakistani man Zulkaif Chaudry, who lives in Multan.

The 33-year-old pet lover runs a restaurant. Due to reasons only known to him, he has taken a liking to the “King of the Jungle.”

Zulkaif bought the cubs when they were only two months old, he named one of them Babar and has taken good care of the lions for six months now.

Surprisingly enough, he keeps those lions unchained in a bedroom where he has provided proper air conditioning for them to tackle the summer heat. But thats not all as he also provides them with a heater during winter season.

I have made a separate room for them and they have their own bed to rest and an air conditioner to keep cool. I also provide them with a heater in the winter season.

When asked if he is afraid of the wild animals, Zulkaif said that:

I am definitely afraid of them because they are wild animals but It is my own desire to sit by their side as I have raised them from a very young age.

As to what they like to eat, here’s what he said:

They eat almost everything that is available but their favorite meal is rabbit’s meat.

Zulkaif has a two-year-old son in the same house. He is confident about how he has raised those lions, and he says that the giant cats won’t not harm his child. In fact, his child also plays with the two lions and is very fond of them.

‘I m not worried that he will attack us. Even my son comes to play with it. I have never chained Babar nor will I ever because I love him like my own child,’ he added.

Zulkaif even takes those lions for a morning walk, training them like how you could a pet dog.
While talking about Babar, he said

‘He is very friendly and is fond of me. He plays with me and I take him on walk in the morning 5 to 6 am. I’m teaching him commands to sit, go and eat just like a pet dog.’ 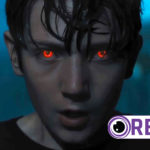 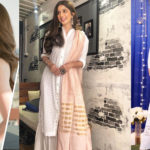