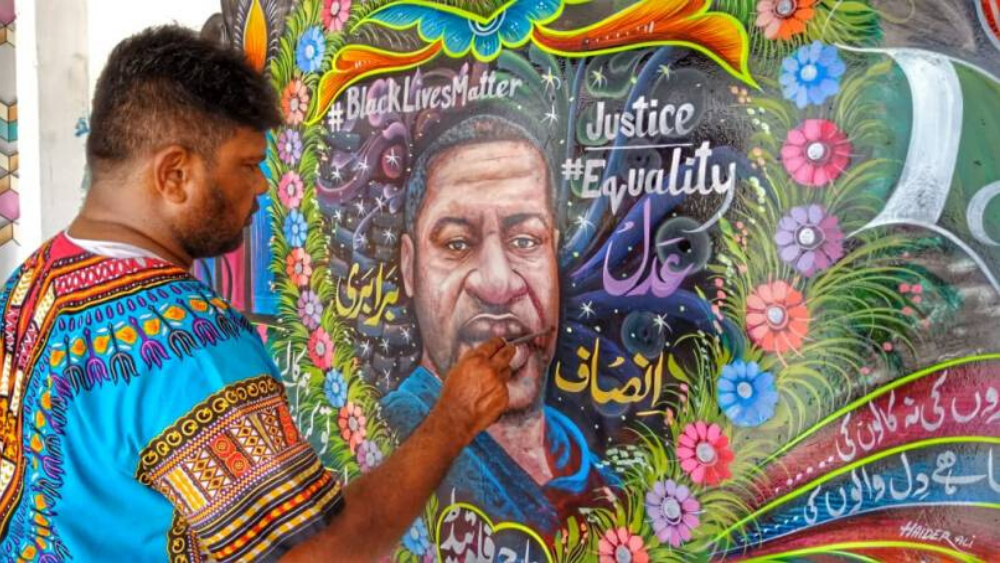 The murder of George Floyd at the hands of the Minneapolis Police has led a movement for change across the whole globe. People all around the world are taking a stand against inequality and racial injustice. Pakistanis aren’t any different, and a truck artist paid homage to the deceased with his brilliant artistic skills.

On the wall of his house in Karachi, where Haider Ali lives, he drew a mural of George in a traditional truck art style.

The words alongside the mural are written in a typical truck poetry manner, these include ‘Goron ki na kaalon ki, Dunya dil walon ki’ (This world belongs neither to whites or blacks, only for those with big hearts) and the lines of a popular song ‘Hum kalay hain tou kya huwa dil walay hain’ (what if we’re black, we are still pure of heart).

Haider Ali says that along with George Floyd, he also kept any and everyone facing inequality and injustice in mind:

This artwork not only pays reverence to George Floyd but it pays a tribute to everyone fighting inequality and injustice. 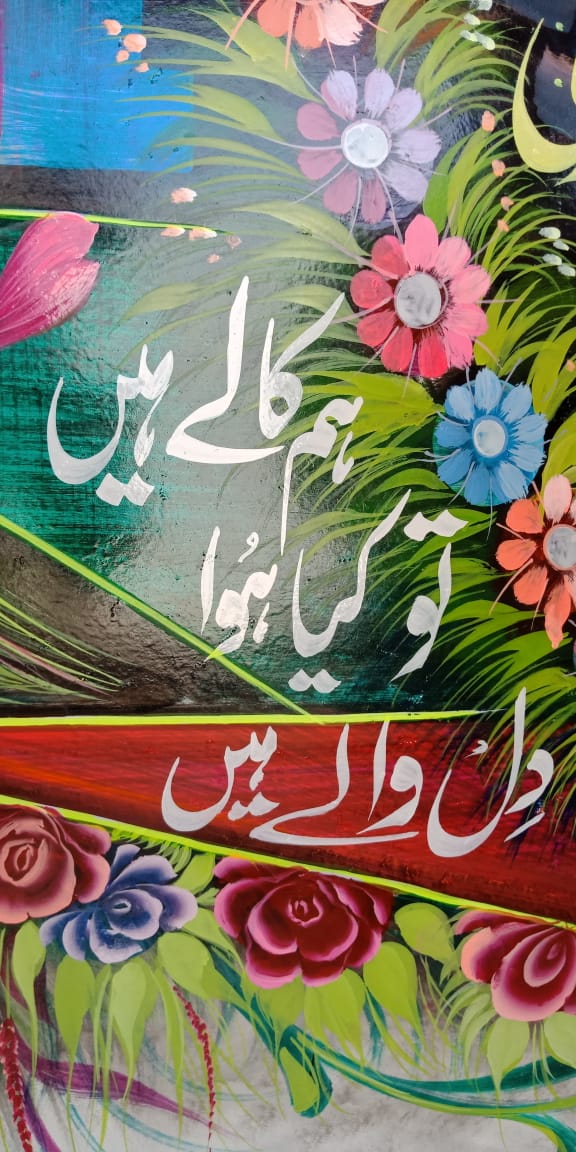 As far as the starry night background goes, the artist says it depicts the importance of the color itself:

Allah Almighty has made every human equal. The religion Islam too discourages all kinds of racism. 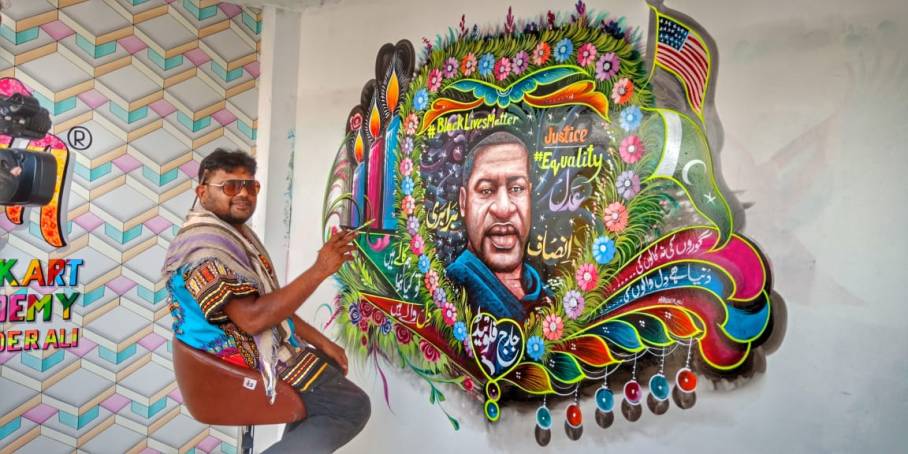 As the white policeman kneeled down on Floyd’s neck and he uttered the words ‘I can’t breathe’, everyone knew this was it and that this sort of racial discrimination has no place in society. It created outrage amongst people not just in America, but all around the world. Which is why many believe this will go down in the history books as an important revolutionary event. 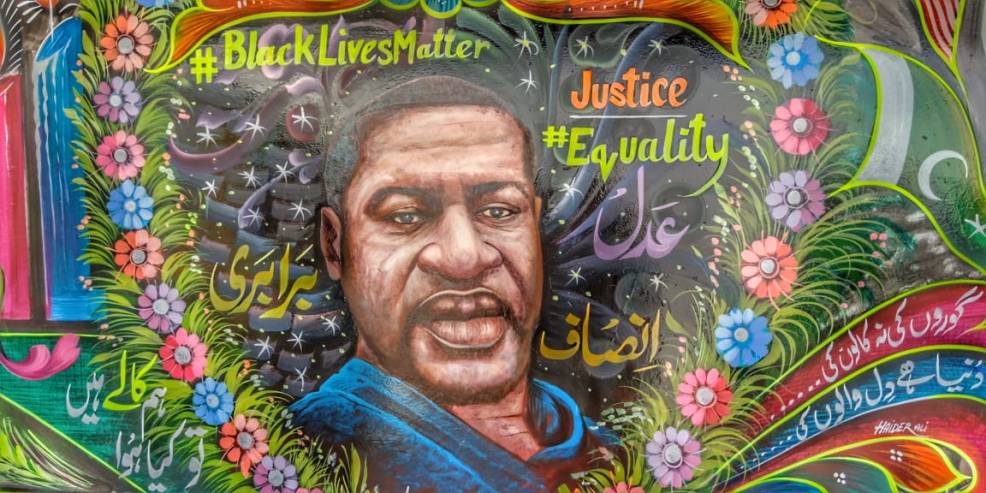 Haider Ali also stated that he did not forget his Muslim brothers suffering in Indian occupied Kashmir and in other flashpoints either. Making this art piece reminded him of the struggles that the Indian Muslims are going through in current times.

This act of barbarism makes me think of also the Muslims living in Indian Occupied Kashmir, Palestine and Myanmar and elsewhere, what they have to go through every day? They are subjected to injustice and cruelty on the basis of religious bias, tortured and killed. They are living their lives in fear every minute. I plead that the world must raise voice for them too.