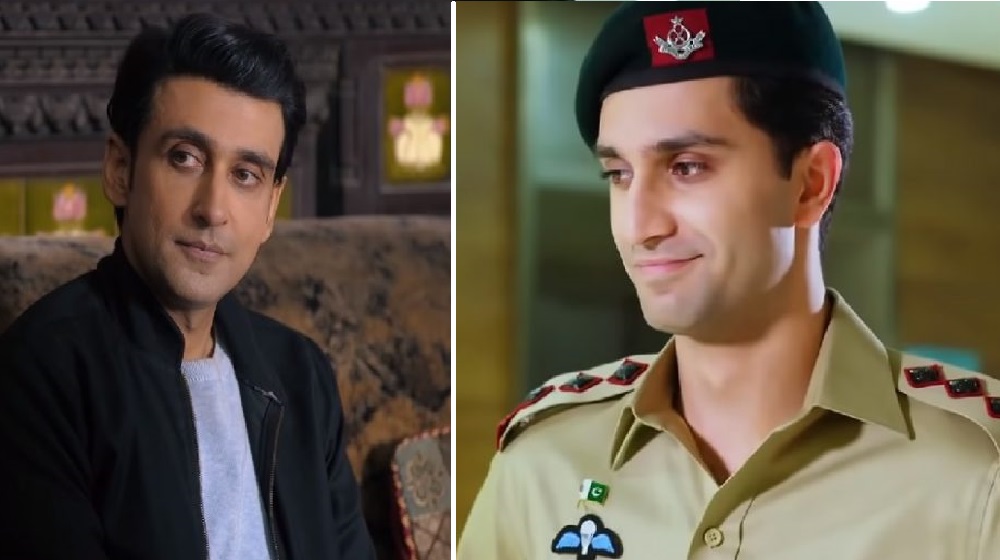 Most of the time, these male characters are not given much thought let alone character development. However, there are a few male characters in dramas that have not only won the hearts of the audience but have inspired us as well. This is a list of male characters who broke the stereotype and inspired everyone. 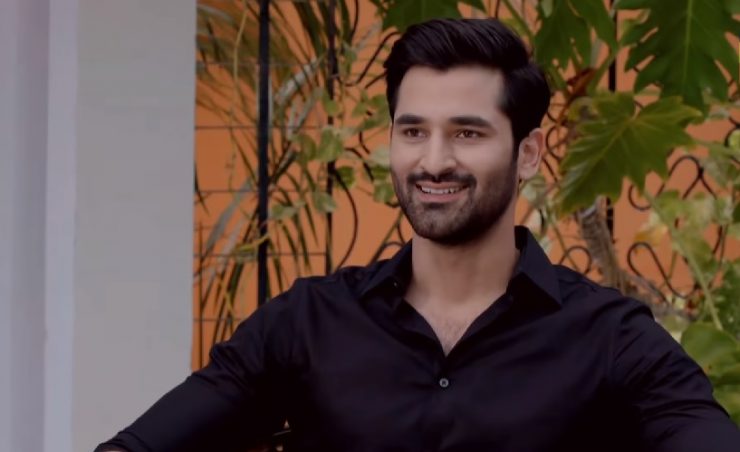 Actor Mirza Zain Baig excels in the role of Ali, a solid character, involved in a love triangle. He is on this list because of his courage and integrity to stand by his woman.

Despite Mahi being a ‘reluctant’ partner, Ali is never conflicted about his feelings for her. Ali’s character showcases how a man can make things easier for his wife by putting her first. But that’s not all, the character does it in a dignified manner which makes him more likable. 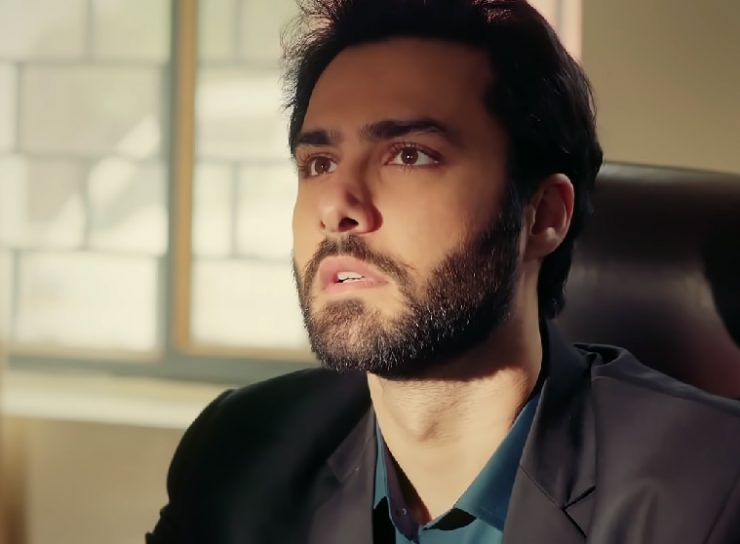 Ahmed Ali Akbar was simply brilliant as Shehryar. Viewers not only loved his acting but admired his character the most in hit Pakistani drama serial Ehd-e-Wafa. An inspiring character for all the youngsters, Shehryar comes from a poor family. He proves that hard work and dedication, will always make a difference.

Apart from being in control of his future, Shehryar is always there to support and help his family in every way he can. Among his friends, he was the only one who never let his emotions cloud his judgment. Though he did make one mistake, the character made sure that he wouldn’t do anything to let his loved ones down. 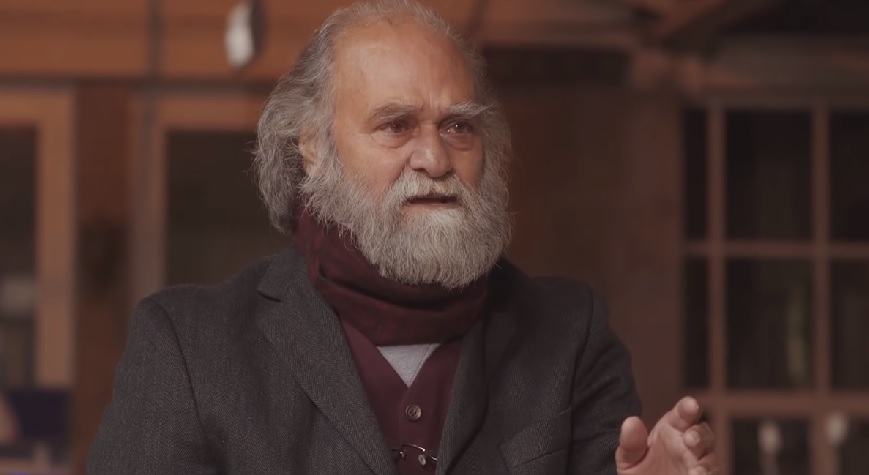 This list of inspiring male characters would be incomplete without Abdul Ala, one of the most layered and intriguing characters from the drama serial Alif. Veteran actor Manzar Sehbai’s outstanding performance made this one of the most powerful characters on this list.

The story of this dignified old man who uses the lessons he’s learned to change someone’s life makes him a remarkable character. His conversations with Momin were game-changing moments in the show.

He was not just talking to Momin but to all viewers as well, giving us time to self-reflect. Abdul Ala’s connection with Allah and his conversations with Momin are the highlights of Alif. 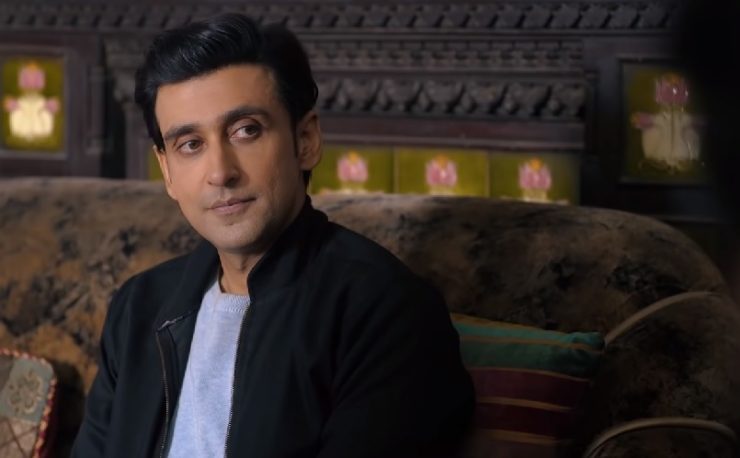 Sami Khan knows how to flesh out every character he portrays. In the case of Shayan, he brings out the best in him, and gave one of his best performances.

Right from the start, Shayan is shown as a man who questioned everything that was wrong with the system. Even after being rejected by Hajra (so many times!), Shayan stood by her side like a rock.

It wouldn’t be wrong to say that he did not get the credit he deserves at the end for all the courage and support he showed. The character was shown as a tough but sensitive man who always respected women in general and would do anything for the one he loved. 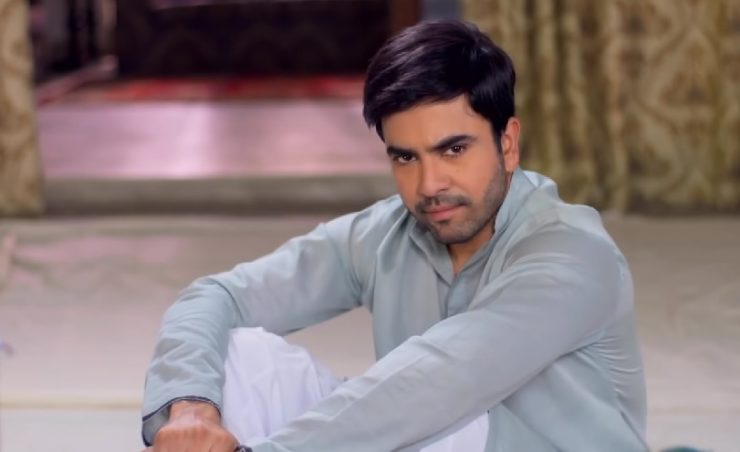 Credit goes to Junaid Khan for breathing life into this rather simple character. Wajdaan may be a simple character but he has some qualities that set him apart from other leading men in Pakistani dramas.

For one, he is level-headed and intelligent. After falling in love with the titular character, Kashf, Wajdaan stood against all the odds and was never indecisive for a single second. From taking a stand for Kashf when she was called ‘manhoos’ to working in the ‘astana’ only to be with the woman he loves, Wajdaan proves to be a real hero.

His love and dedication for Kashf, while his approach is the perfect mix of balanced and passionate makes him the kind of male character fans would like to see more in dramas. 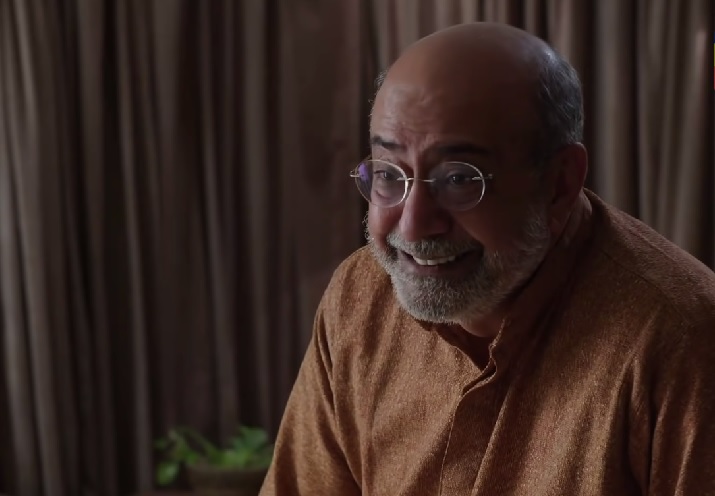 Muhammad Ahmed deserves credit for making Aziz such an admirable character. He shares such incredible onscreen chemistry with all of his co-stars that the relationships seem genuine.

Playing the role of Anaya’s father in Sabaat, Muhammad Ahmed’s character is a breath of fresh air. The character is kind, gentle, and insightful. Usually, the fathers are shown as either too soft, non-existent, or too rigid in dramas.

However, Aziz is does not fall victim to such stereotypes. The character knows his responsibilities, and what’s pleasing is that fans get to see how impactful the character is on people around him. 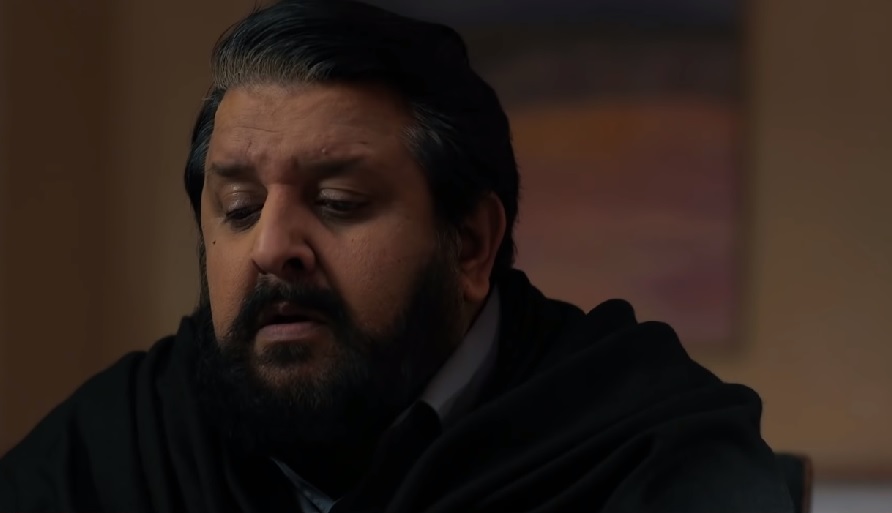 Actor Rehan Sheikh added the emotional depth to the character of Haji Ilyas that made the viewers fall in love with him.

Haji Illyas is a kind of a character that we rarely see in Pakistani dramas. A father who stood against all odds to be by his daughter’s side, Haji Ilyas’s internal struggles made the audiences admire him even more.

Not wanting to let her daughter down, we witness how he chose to walk the hard path. The character was both gentle and fierce. He always made thought-out decisions, not caring what people would think. 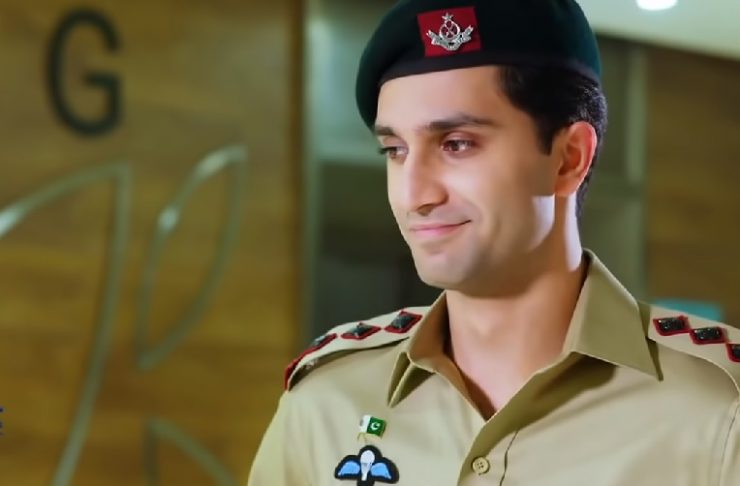 Saad’s character had different stages to his journey throughout this beloved Pakistani drama and actor Ahad Raza Mir nailed this character by doing justice to the character’s development.

Ehd-e-Wafa was all about breaking the stereotypes. It had many inspiring characters. However, Saad’s character was unique as his journey had both ups and downs. At first, the viewers found it hard to like him as a teenager.

It was when the character came onto his own person that made him such a likable and admirable character. Fans appreciated his forward-thinking and his support for Dua. Unlike most characters, Saad let go of his past to salvage his relationships. 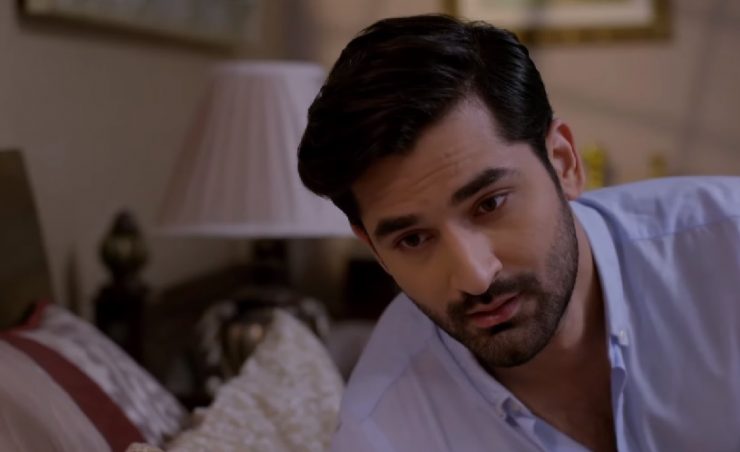 Mirza Zain Baig once again delivers a memorable performance. This time it is Saim from Meer Abru. He plays the character of a balanced and gentle male. A loving and caring husband to Abru, who was constantly scared that she might lose him since she was stuck in a strange love triangle.

Saim changed Abru’s perspective of men and relationships – especially after all she had been through. It was great watching more such sane and strong male lead in Pakistani dramas. A character who can stay loyal to his wife and stand by them through difficult times. 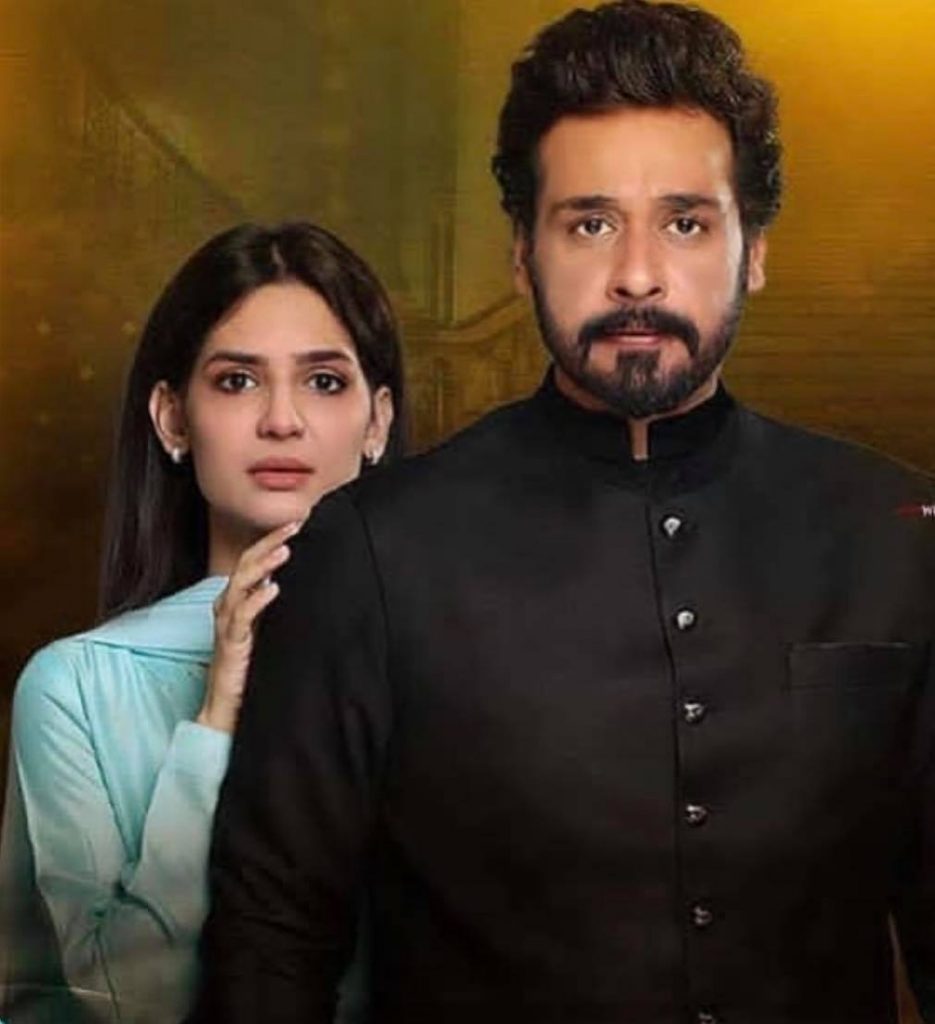 Actor Faysal Qureshi not only starred but also produced Baba Jani. In order to give depth and meaning to the character of Asfand, Faysal Qureshi made sure to deliver a strong performance, which he did.

His character represented men in a totally different manner. The way the character manages to juggle all his relationships, especially with his daughter made fans love Asfand.

11 Pakistani Actors Who Wore the Same Outfit as Their Kids