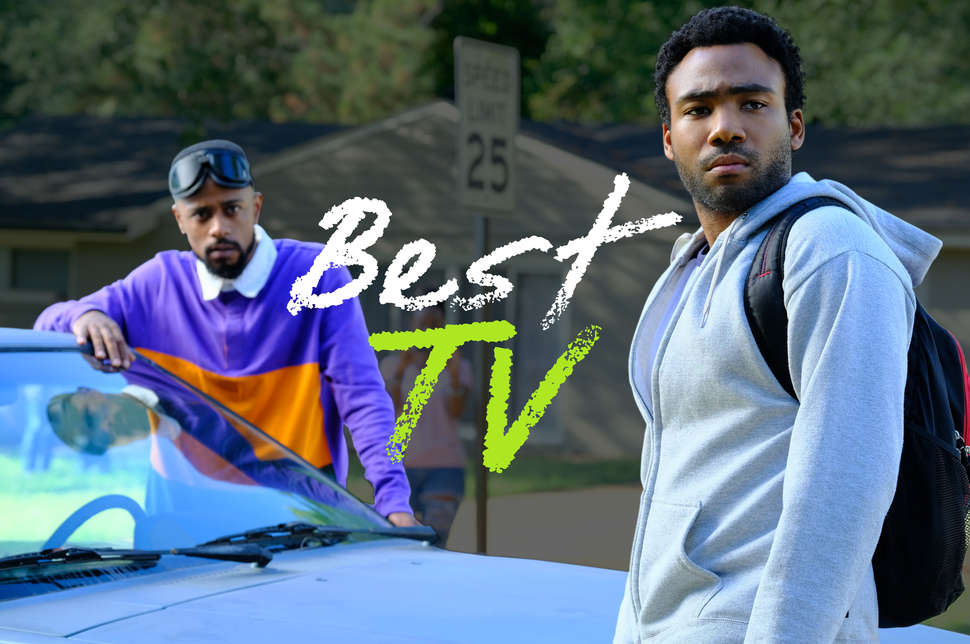 This year we were greeted by some bad news, as we lost many popular TV series to budget cuts such as Iron Fist, Like Cage and the latest being Daredevil. But on the plus side, this may have been the best year for TV series yet, with Handmaid’s Tale, The Crown, Stranger Things, and more continuing to tell stellar stories.

Apart from these old favorites, many new series debuted that just deserve to be binge watched. We take a look at top 10 TV series that left us glued and entertained this year.

This year’s best scoring new season is Homecoming. It is a psychological thriller starring none other than Julia Roberts. Roberts’ character is that of a caseworker at ‘Homecoming‘ a Geist Group facility that helps soldiers transition to civilian life.

A Department of Defense auditor later approaches Roberts to help investigate what was actually going down at the facility when Roberts realizes she doesn’t remember the truth herself. You can’t tell what’s happening and where the story is headed, keeping your toes curled till the end.

Everyone knows and loves Narcos. Even after Season 3, we can’t wait for another run. Meanwhile Narcos: Mexico is also basking in this limelight with its inaugural season. The television show is probably the only thing that can cure our drug war fever after Narcos.

The tale of Mexico’s cartel’s and how they came to compete with the Colombians is the best period drama right now. Plus remember the Colombian cartel are gentlemen compared to the Mexicans. If Narcos wasn’t hardcore enough, watching Micheal Pena put himself on the line is enough to keep you watching till the end.

3. The Haunting of Hill House

If you’re into horror thriller seasons, The Haunting of Hill House is perfect for you. The acting, story line, mind boggling tidbits are all that make this season great. That, paired with a story of heartbreak and sacrifice is why its hard waiting for season two.

The series follows the story of a family that lost their mother to a haunted house and then come up with ‘rational reasons’ to explain the events. The family are then forced to go back to the house where they are forced to relive their childhood horrors.

Technically this isn’t a new season but The Sinner Season 2 is a whole new story. This is a whole new level of twisted here, following the story of 13 years old Julian.

Season 2 will make your mind scream and your stomach lurch while the anxiety builds up with you trying to figure out what is going on here.

For all Teen Titan lovers out there we can relive our childhood and let our inner fanboys and fangirls out. Dick Grayson as Robin is reason enough why you should be watching this. And if that wasn’t enough, a shy Raven and the bond she and Starfire end up forginf was also worth watching.

To see a black woman as Starfire was just wow. Beastboy also looks good with a hint of green instead of the traditional look. But make no mistake, this is one dark take on DC’s most famous team of teenage superheroes.

6. She-Ra and the Princess of Power

If Rick and Morty counts as a real TV series then so does She-Ra and the Princess of Power. Season 1 is a completely new take on the She Ra we know and we’re loving it.

The series, when it was first introduced, was supposed to be an inspiration to women the idea that they would compete with men in the pre-feminist and post industrial age. The new version of the tale is a modern take on that. Its all very dystopian and it tells women they can be emotional, soft, feminine and still kick ass.

Micheal Douglas having trouble with women in the Kominsky Method is all the reason we need to watch this season. On a serious note, the realistic approach of how we’re all really alone and still have people at the same time is a real struggle.

This series covers that struggle – the dilemma of wanting to be alone when you have someone because people are crazy and at the same time they fear of being lonely. The serial beautifully covers how when nothing else fulfills you, friendship is enough.

8. The Chilling Adventures of Sabrina

We’ve all wanted to live in a fairy-tale that’s completely unreasonable from Harry Potter to That’s So Raven. But if we wanted something that strikes a good balance between those two disparate worlds, we end up getting something like The Chilling Adventures of Sabrina.

Sabrina tells us that there’s a real probability of witches out there and they can be evil but the chances of them having magic powers is mild. The chances of us having powers like standing up to what’s wrong and courage are real though.

If you loved Big Little Lies then you’ll definitely love Sharp Objects. It deals with questioning what’s wrong and trying to correct things. And when you can’t you run away. Then you return because we’re human and we keep trying.

We all know that feeling and Sharp Objects won’t let us run away from it. This thriller will make you want to know the end even if it means a spoiler. This series is based on a book but the TV version has something else to offer.

Killing Eve is the story of a woman living the tame life, with a desk job. Other than that, she works with law enforcement. Things are pretty tame until an very skilled assassin takes her up on a challenge.

Then its’ either eat or be eaten when she has to catch the killer before she eliminates everyone she cares about. Sounds so good it should be a movie.

What was your favorite TV series from this year? Let us know in the comments below.