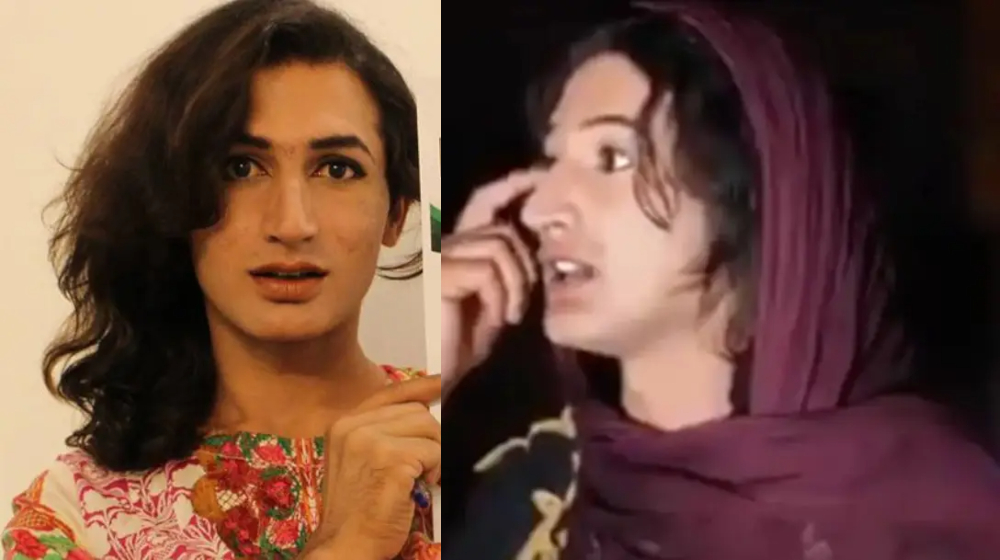 We’ve all watched the incredible Facebook series titled ‘The Naked Truth‘ with trans-activist Julie by now, or at least seen it in our social media feeds. Over the past few days, Julie is being silenced for speaking out against violence towards transpeople.

The Centrum Media brought Julie’s story to light as the transwoman highlighted not just the struggles of transpeople in Pakistan but also a range of other issues that are swept under the rug.

Julie touched on a range of issues from parenting to cognitive dissonance in a mini-series.

Transgender Woman Who Holds Degree is Still Looking for a Job

Now the trans-activist is being charged for allegedly fabricating a story.

Julie is being charged for allegedly fabricating a story.

One of her associates’, Rozy was attacked by five other transpeople. The attack took place at Rozy’s residence and after her complaint, the accused were arrested and kept in judicial custody

“Sec 337 Fi PPC was added to the report of MLO. All accused were arrested on the same day & sent to judicial custody later on. Final Challan submitted before the court against all accused.”

Just days after a complaint was filed by Julie about the attack on Rozy, a transwoman named Lubna filed an FIR against Julie and three of her associates. Lubna alleges that Julie and three other transwomen attacked her at her home and took her valuables.

Sec. 337 Fi & 337 Fii PPC were added on the report of MLO. Accused Farah and Sumaira were arrested on the same night and were sent to judicial custody.”

While two of the accused in the FIR were arrested and kept in judicial custody, Julie was not caught. She and another transwoman Shilpa were listed as ‘absconding‘ until Julie was arrested.

Julie’s Side of the Story

As per her, apparently some unknown people attacked Rozy. When Julie, Farah, and Sumaira intervened they bore the brunt of the violence too. They filed an FIR and wanted to do things by the book.

According to The Centrum Media, the other side then filed a ‘cross-FIR‘ against Julie and three others. As for the story of Julie being an ‘absconder‘, turns out she wasn’t even aware she was listed in the FIR until police forced their way into her home and arrested her on August 10th.

Social media star Julie Has been sent to adiyala jail in case with fabricated facts. @ICT_Police in meeting with Julie confirmed that it’s FIR to just pressurise her to close her mouth and submit to the Guru Najma (who pretends to be trans,currently being protected by the police) pic.twitter.com/htEG3H7toj

Trans-activist Nadeem Kashish told TCM that these are tactics to silence his fellow trans activist, Julie. He even accused the other side of being murderers.

She is currently being represented by Barrister Hassan Niazi.

Shocked and speechless. Julie arrested by @ICT_Police although she was given assurance that FIR against her was a fabricated one. This FIR was registered Bcz of the video msges Julie made. @ShireenMazari1 I’ve looked in the case aswell. This mafia has pressurised the police pic.twitter.com/UV287ofkR6