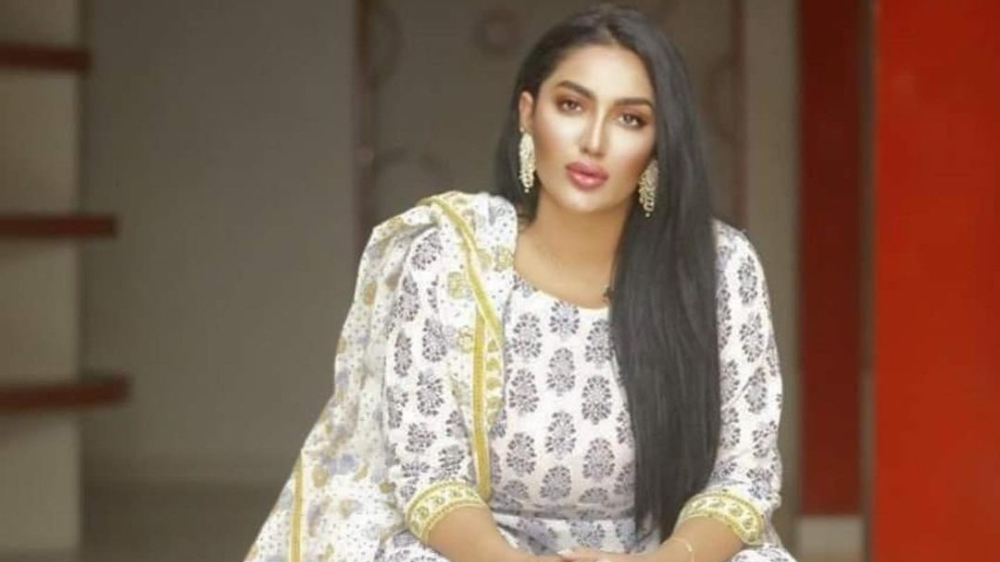 The Pakistani-Zimbabwean model expressed her dislike over the Bharaas actress’s recent statement about going through a “similar time” as Muqaddam, saying, “Darling Tuba, Aamir bhai gave you a career and whatnot. He didn’t murder you. Stop comparing your pain with someone who is no more in this world. Noor went through hell that no girl deserves and may Allah protect every girl. Don’t try to compare yourself to Noor and paint Aamir bhai bad because he is no more!”

The Blind Love diva also pointed out that Tuba was never there for her late ex-husband, Dr. Aamir Liaquat Hussain, during his hard times.

Stop this attention seeking bullshit and also understand your ex-husband is no more! You never stood up for him even in his worse times. One should learn to respect and forgive the dead.

However, Tuba responded to Mathira’s harsh comment, explaining that she had wanted to talk to her in private about the matter and exposed that the latter had deliberately ignored her phone call. 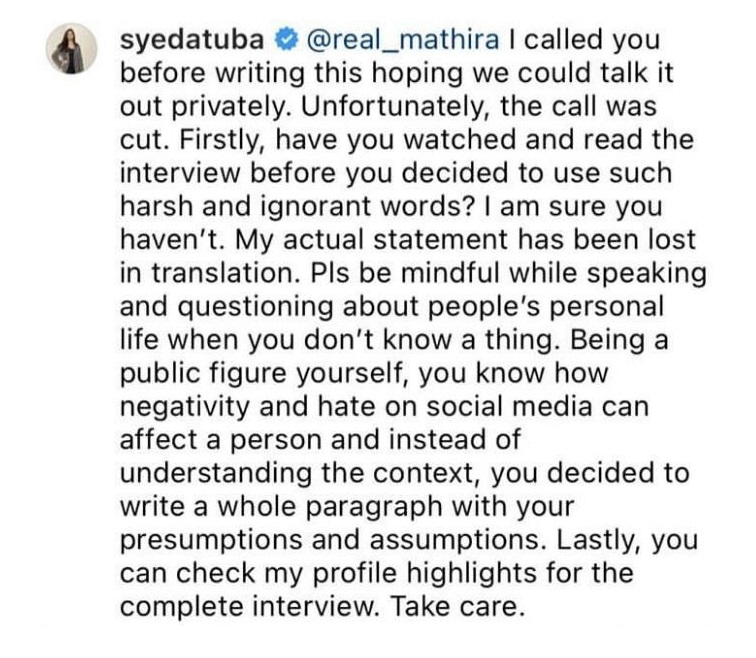 Tuba questioned whether Mathira had seen her interview or not and clarified that her actual statement had been lost in translation.

She added, “Be mindful while speaking and questioning about people’s personal life when you don’t know a thing. You can check my highlights for the complete interview”.

Tuba recently told BBC Urdu how the news of Noor Muqaddam’s brutal murder had taken place when she was struggling, and that it resonates with her personal experiences.

The former wife of the late Dr. Aamir Liaquat Hussain has always been vocal about violence against women in Pakistan. She has also been campaigning for awareness about Noor Muqaddam’s case.

What do you think about Mathira’s remarks and Tuba Anwar’s response? Let us know in the comment section below.