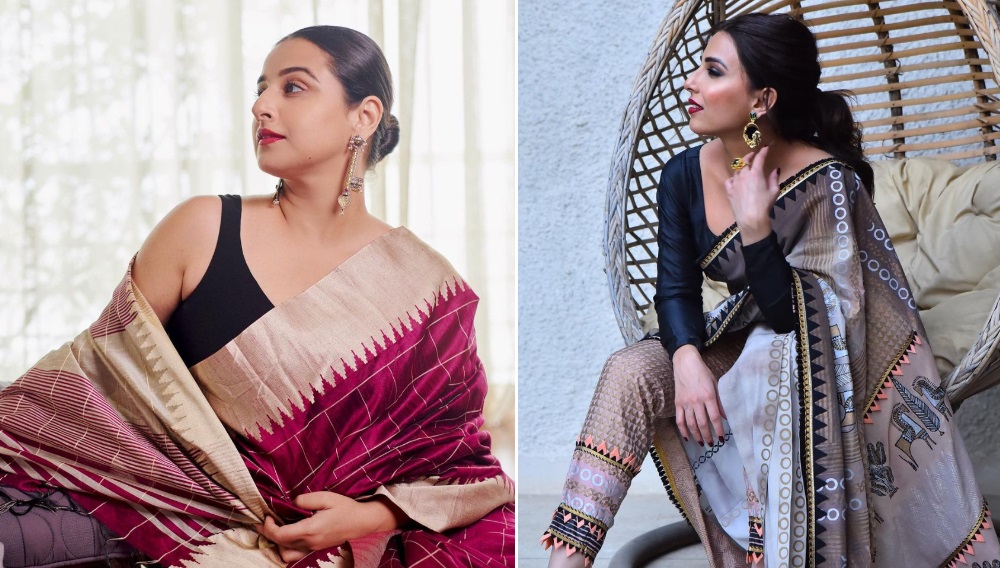 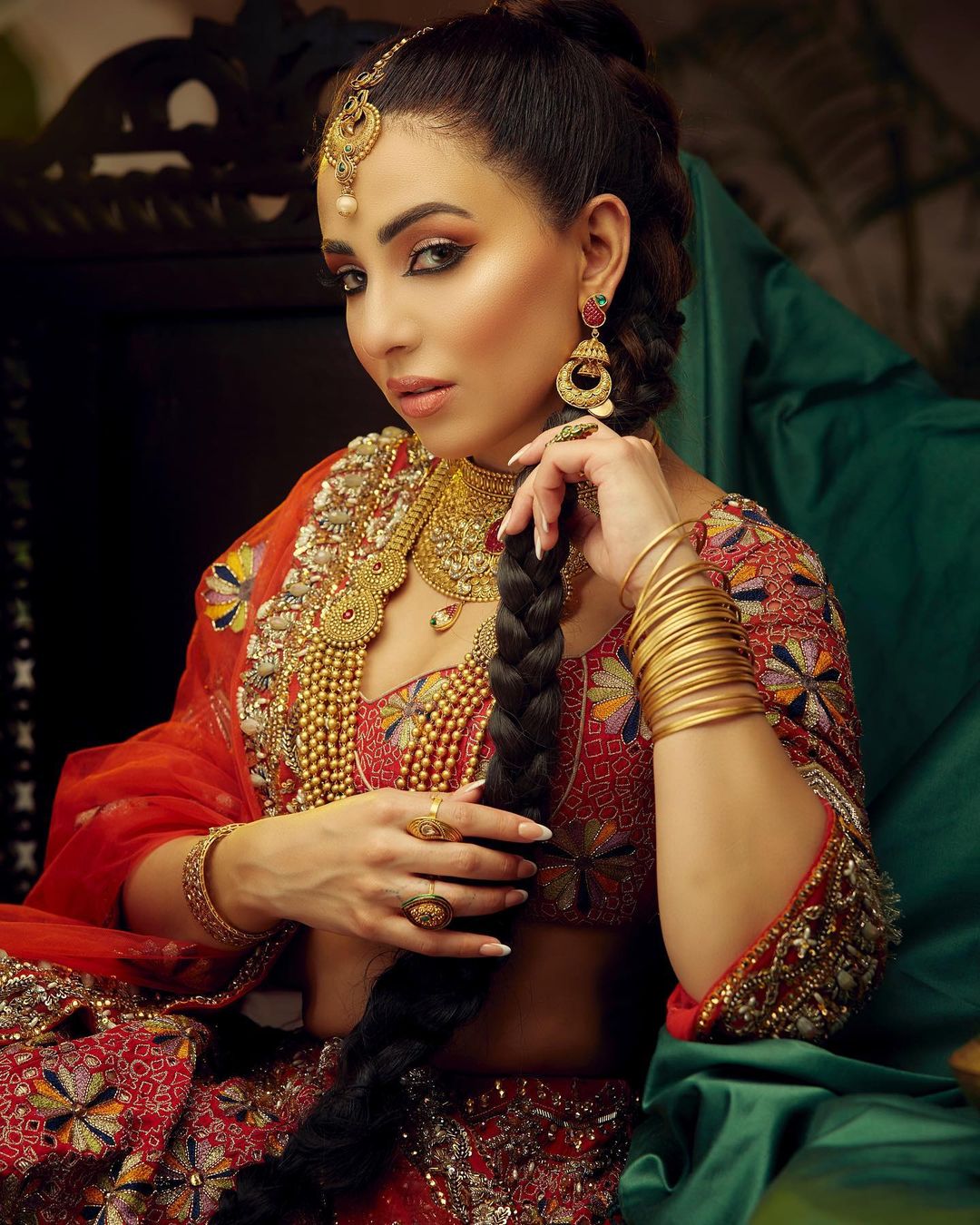 Ushna Shah is a talented young actress. She comes from a family of well-known stars; as the 31-year-old is the daughter of actress Ismat Tahira and sister to Isra Ghazal. She has proven to be seasoned actress, starring in popular drama serials such as Bashar Momin, Bala, Cheekh and Alif Allah Aur Insaan. Currently, the 31-year-old diva is making her mark in the hit Hum TV drama serial Akhir Kab Tak. 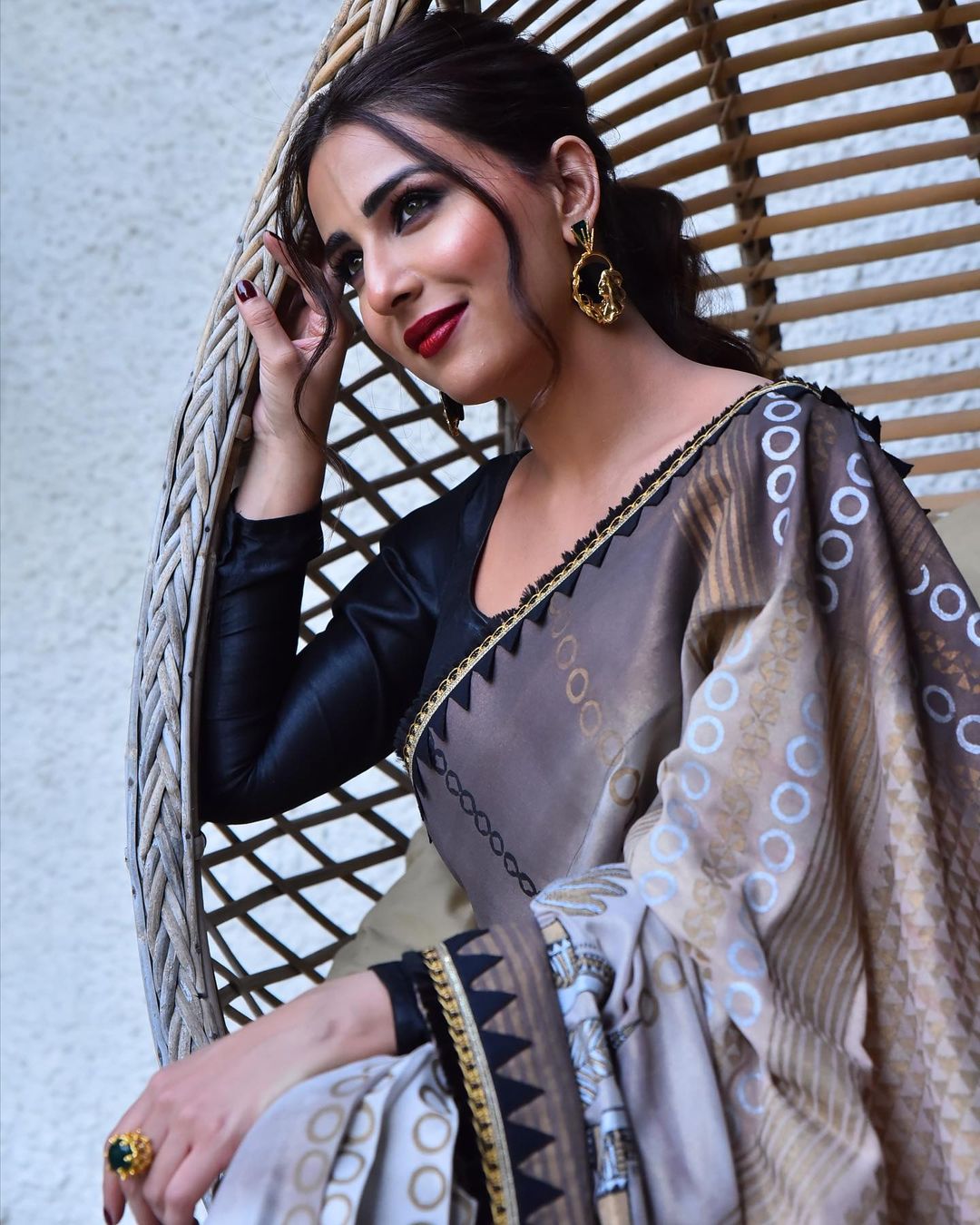 The popular starlet is a bit of a fashionista. Ushna has a knack for making fashion statements on social media. From chic Western wear to traditional joras, Ushna Shah’s style is always on point. Recently, the actress dazzled fans in a gorgeous saree and pantsuit by designer Wardha Saleem. 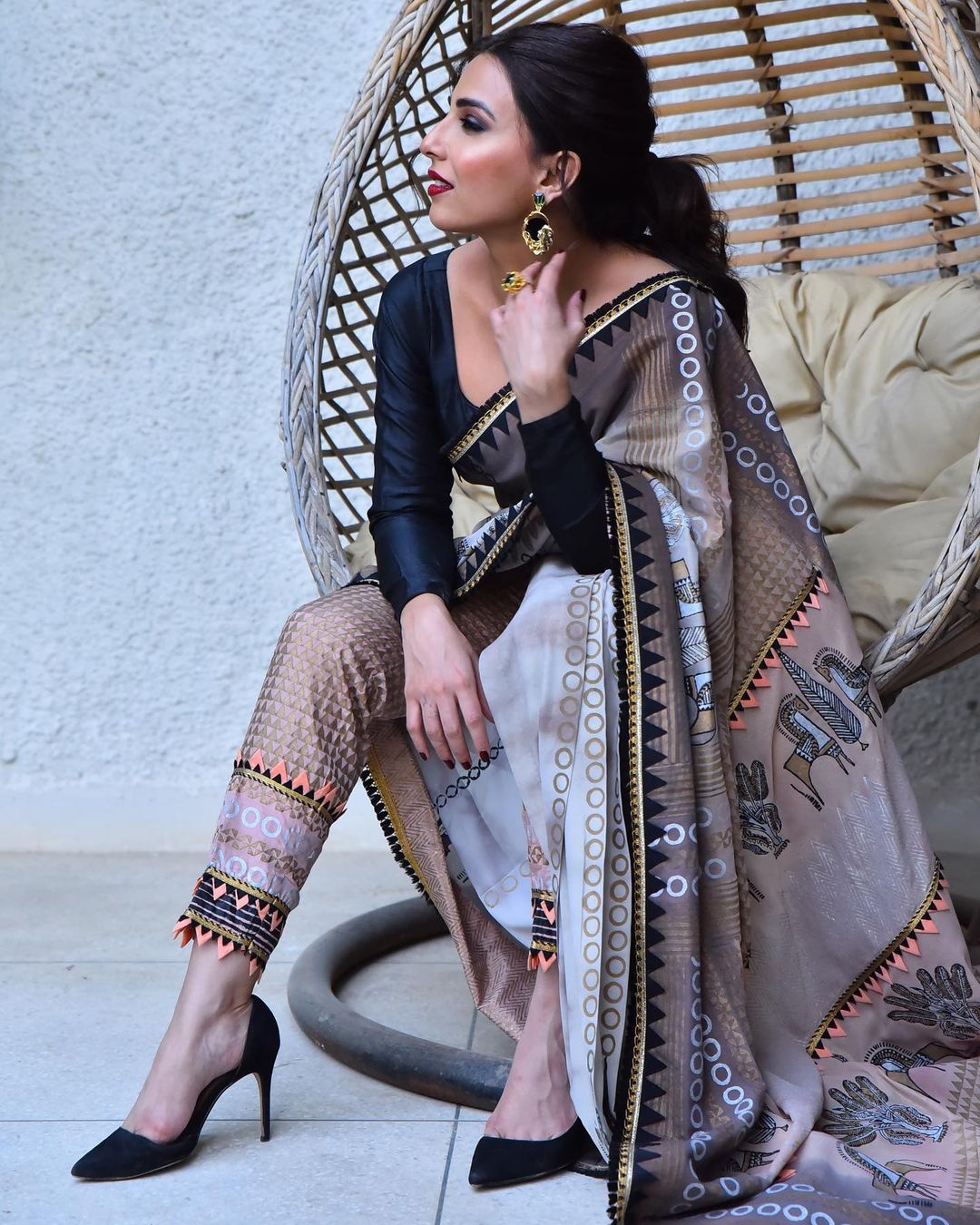 Not only does the Cheekh star looks elegant, but fans are drawing comparisons between her and Bollywood actress Vidya Balan! 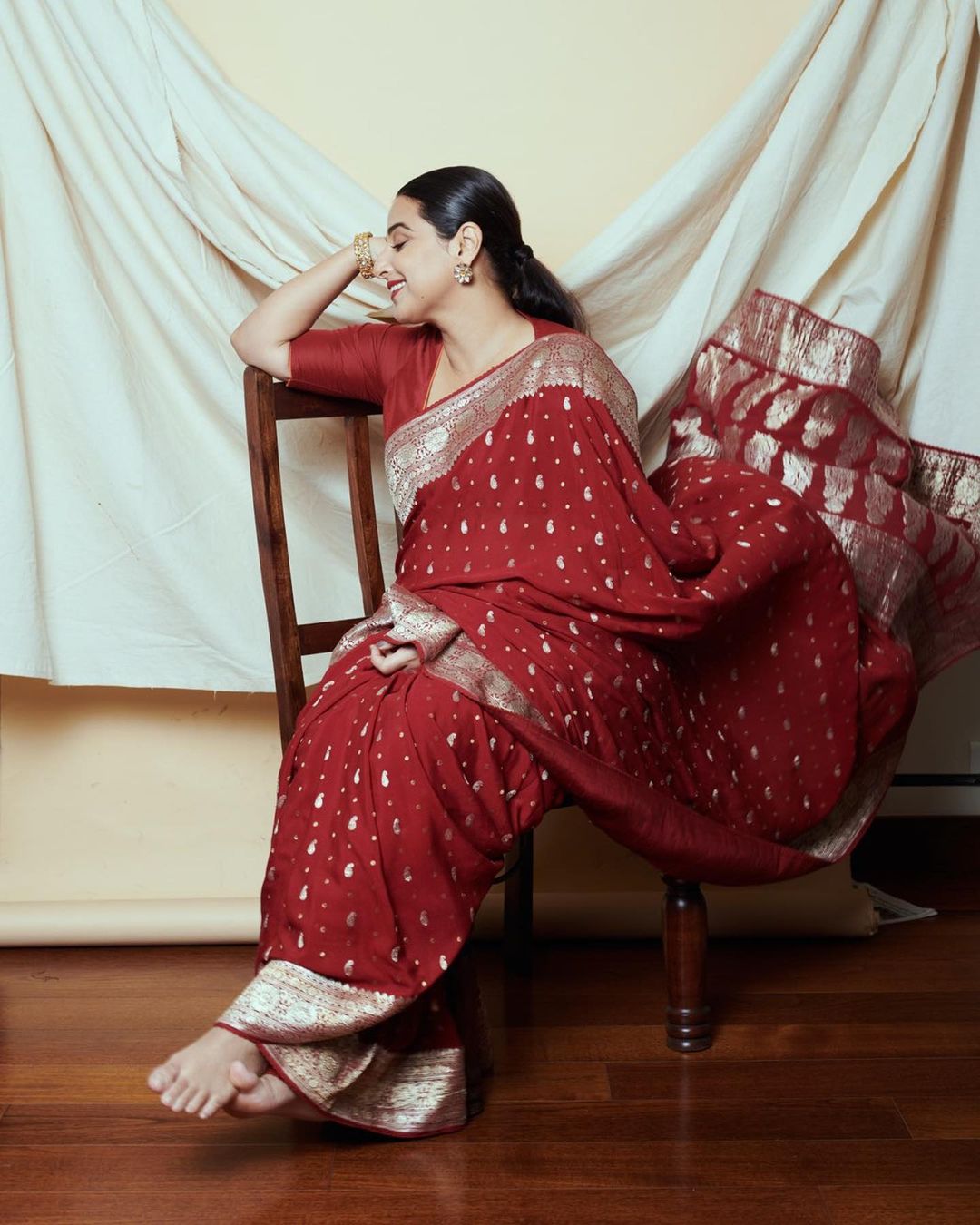 The two starlets are giving us some major doppelgänger vibes. We can’t decide who looks best in a saree. Check it out! 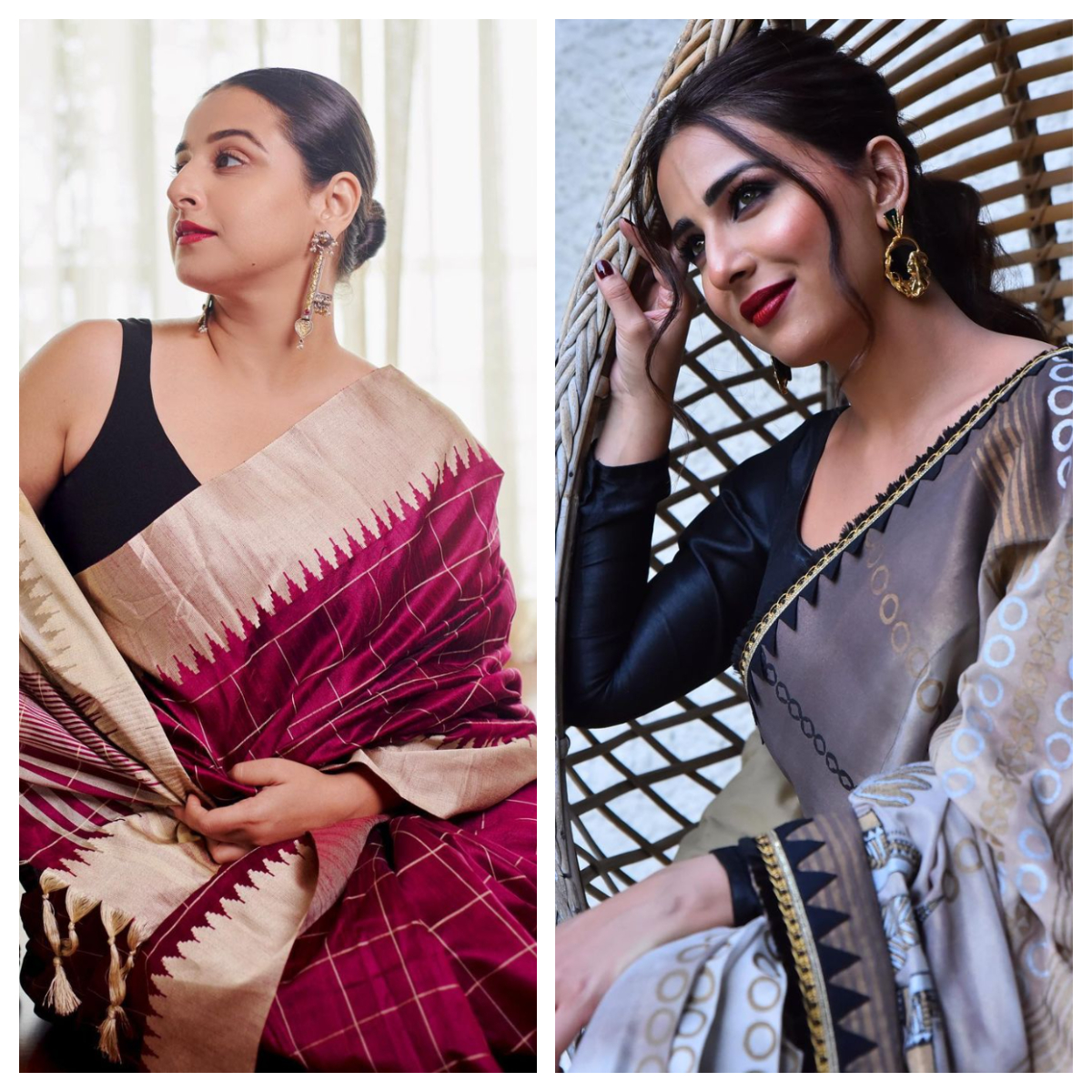 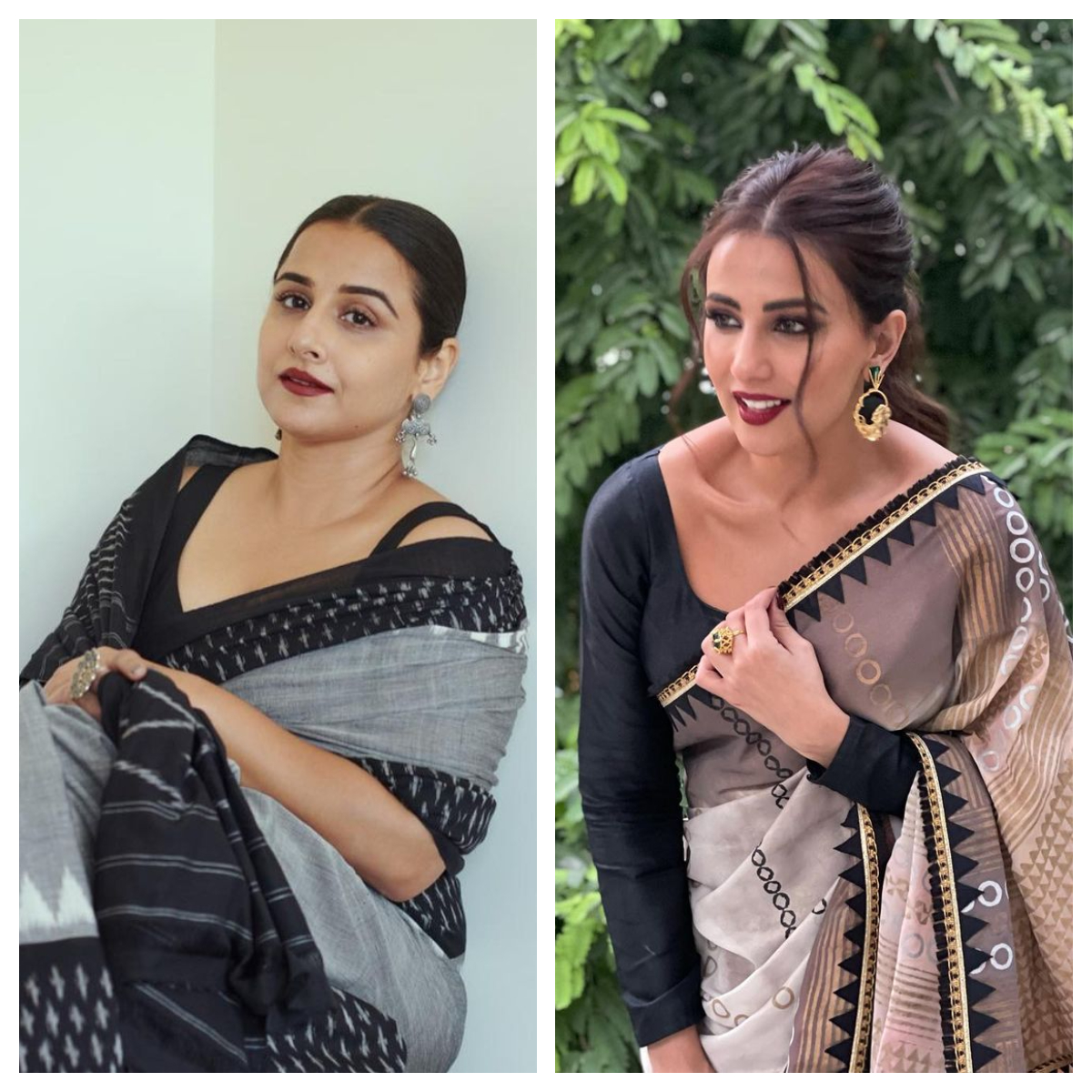 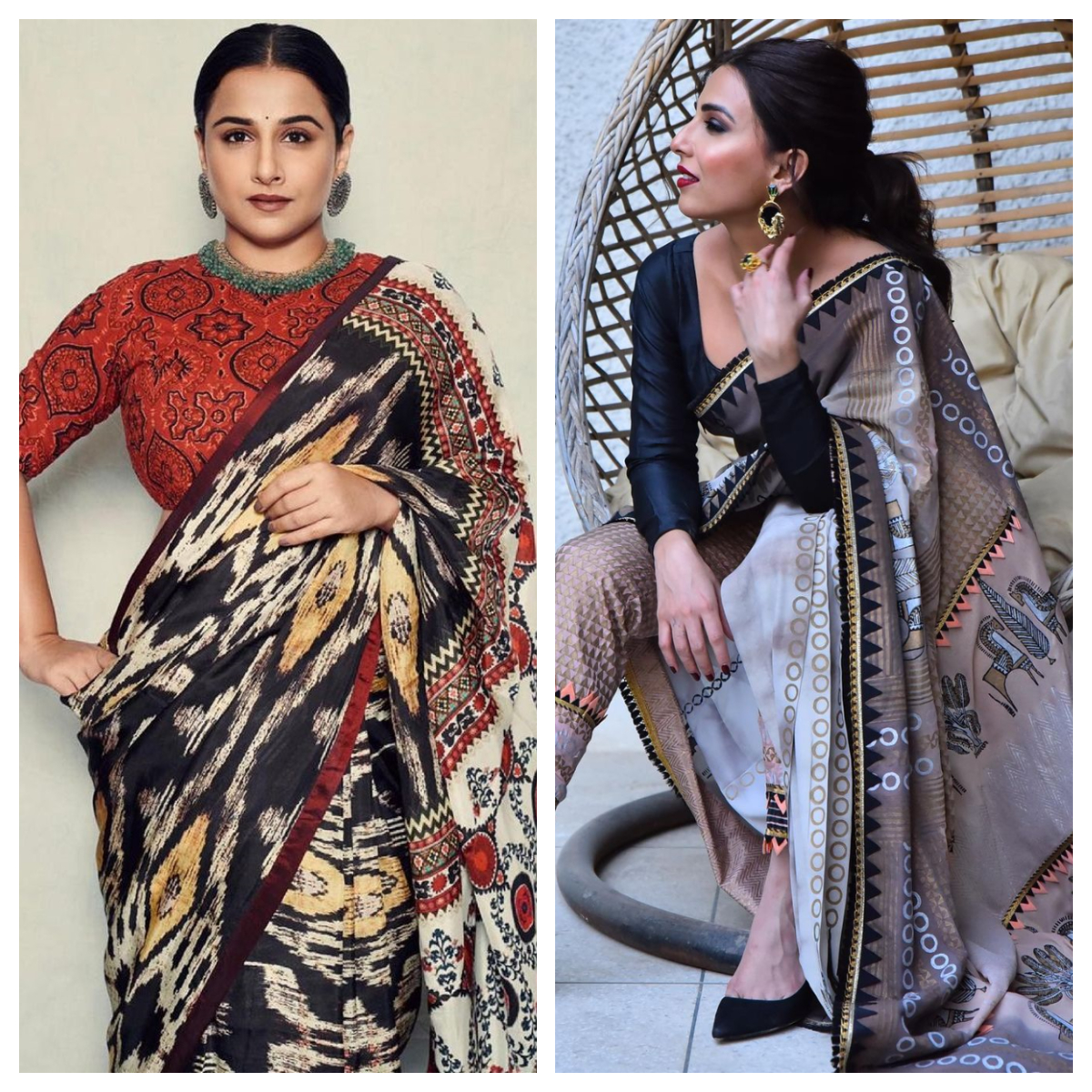 One of the most famous female actresses in Bollywood, Vidya Balan is often regarded as a pioneer for female-led films. The actress is famous for her beauty and elegance. She is one of the few starlets who can rock a sari with effortlessly grace and poise.

The question remains, who looks good in a saree, Vidya Balan or our very own Ushna Shah? Share your thoughts in the comment section below.