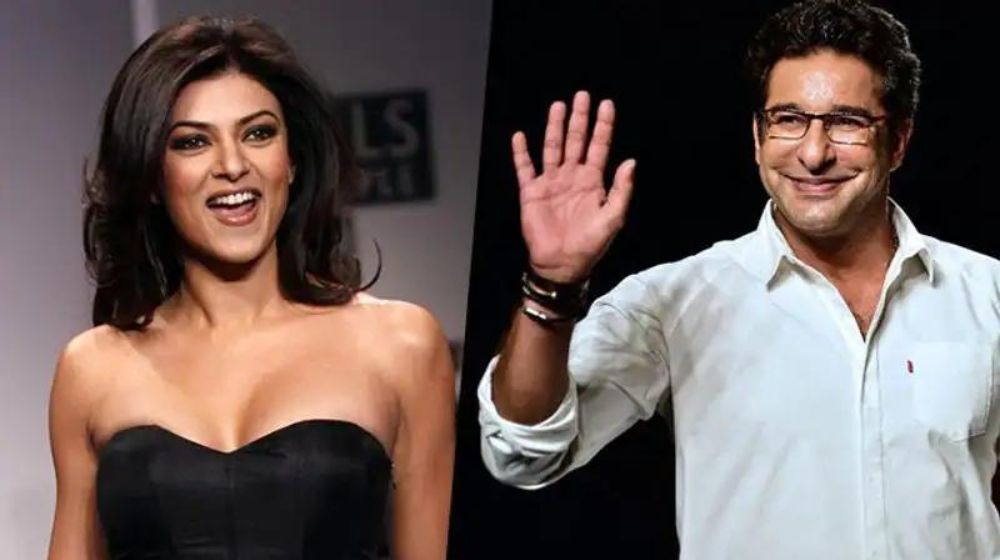 The all-rounder Wasim Akram recently appeared on an online show and opened up about his personal life. He then spilt the tea on his affair with Sushmita Sen.

This is not the first time an Indian-Pakistani celebrity scandal has created hype. There have been a lot of controversies amongst which Wasim-Sushmita’s cozy relationship has created hullabaloo.

Back in 2009, right after the death of the cricketer’s first wife Huma, he was accused of having an alleged affair with Bollywood diva Sushmita Sen. According to reports, the duo were spotted together several times but never talked about or commented on their relationship status. There were also rumors about Sushmita and Wasim were considering a live-in relationship too. But both put an end to the speculations by moving on with their lives.

Recently, in an interview, the host shed light on Wasim’s skeleton in the closet and asked him about his alleged affair with Sushmita Sen.

To which the former cricketer replied;

“Why do you all Pakistanis get excited when you talk about Bollywood?”

To which the host replied

“We all used to think that Sushmita Sen will become our Bhabhi, but it didn’t happen, why?”

“There was no plan man! There was no plan to marry and that’s why it didn’t happen, we were very good friends, however, we are not friends now, also it is really difficult to go to India, see all the barriers, etc.”

What are your thoughts about this? Let us know in the comments below!

ALSO READ
Wasim Akram On Missing His First Wife Huma: ‘She taught me a lot in life’