Entertainment is one of the most coveted and covered genres when it comes to the media industry in Pakistan. Among the other things people love to read or watch more about, entertainment takes the lead. People want to know what their favorite celebrity is up to or which star is doing what project. Hence, for media houses, it is always the competition of who takes the lead to break that breaking news! In the quest to provide its readers with the ultimate and timely news, DND – Dispatch News Desk Agency, has outdone all the other information providers.

What exactly is DND Pakistan and how does it ensure the provision of quality and updated entertainment content. Let’s talk about it further:

What Is Dispatch News Desk or DND Pakistan?

DND or Dispatch News Desk started as a news agency in the country committed to producing news in English and Urdu language for its readers. It took a leap further and became the only tri-lingual publication from South Asia by introducing the Russian Language as well. Currently, DND focuses on providing news, opinions, articles, and features on various infotainment topics from around the world.

So, what content does DND produce and how is it beneficial for the readers? Right now, DND is working on all the major topics people want to know about. From sports to entertainment, politics to the latest breaking news, technology to miscellaneous happenings, there is something for everyone to read. If you always want to be at the pulse of what’s happening, DND’s website is your place to be at.

Why Focus On Entertainment?

One of the major areas of focus and popularity of the platform has been its instant reporting when it comes to entertainment news and what’s happening in the showbiz industry. From breaking news straight from industry insiders to the latest celebrity fashion trends to drama analysis & critique, DND has got all the areas covered for its readers.

In a world that is ever-changing and has an increasing load of problems one after the other, the latest entertainment news are the escape from reality for everyone. Keeping this in mind, DND has a separate entertainment section that is scouring the web and the real lives of celebrities and the media industry giants to see if there is anything that would interest the avid fans.

It isn’t even a question to ask. DND has always focused on providing the information its readers want to know, and entertainment tops the charts. In fact, it crosses the charts at times as well. The Pakistani audience is the most interested in knowing about which celebrity is dating who, which actress is wearing their favorite designer label, who got a new surgery, what’s the latest movie or drama in production, and what drama is faring well while the others are not, etc. They want to know more about life on the other side of the camera when it comes to film and TV actresses and crew.

In short, entertainment is the most popular news medium in the country and the DND team ensures that it keeps this in mind when producing content so the readers get fresh just off the line news they want to know more and more about. What else does one want? 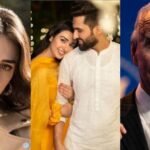 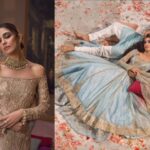