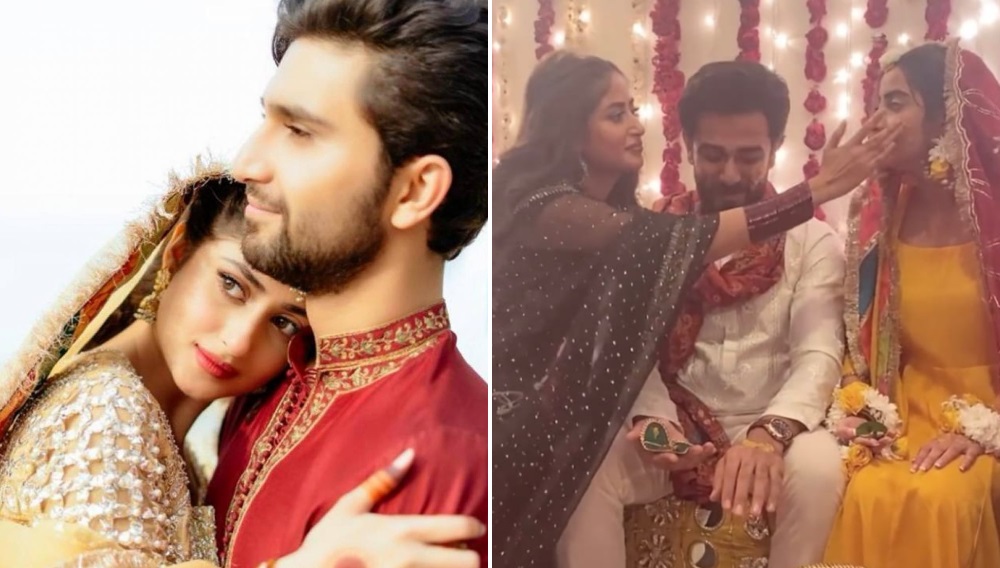 Popular showbiz actress Sajal Aly attends her sister Saboor Aly and Ali Ansari’s festive mayun ceremony. However, fans want to know where her husband, Ahad Raza Mir is. The video clip of Sajal applying ‘haldi’ on the newlyweds is going viral all over social media. And due to her solo appearance netizens are speculating a separation between the two stars.

Ahad Raza Mir and Sajal Aly are the talk of the town. The two Pakistani showbiz stars have a huge fan following on social media. Fans were happy to see the two stars finally tie the knot last year. Aside from being a real-life couple, the two share amazing onscreen chemistry. 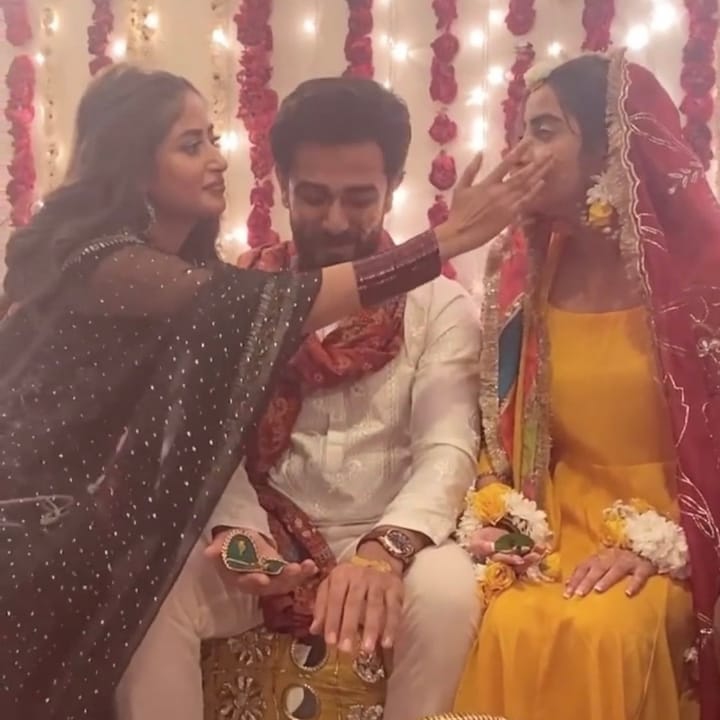 But it appears that not everything is peachy since we have not seen Sajal and Ahad together, especially at family events. Recently, Sajal’s sister Saboor Aly had a festive mayun ceremony. Ahad Raza Mir was, again, not present. The video of Sajal Aly taking part in the ubtan tradition is going viral as a fan asked the actress where Ahad is. Check it out.

Speculations have begun that the popular showbiz couple’s relation might be in trouble. Netizens have now gotten suspicious and started questioning the Mir family on the absence of Ahad from Saboor and Ali Ansari’s mayun. The keyboard warriors want the couple to either announce or deny their separation. Here are a few comments made by fans on the viral video. 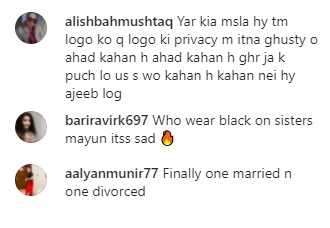 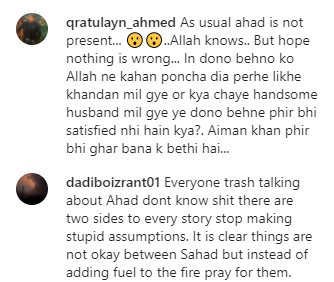 What do you think is going on between Sajal Aly and Ahad Raza Mir? Share your thoughts in the comment section below.