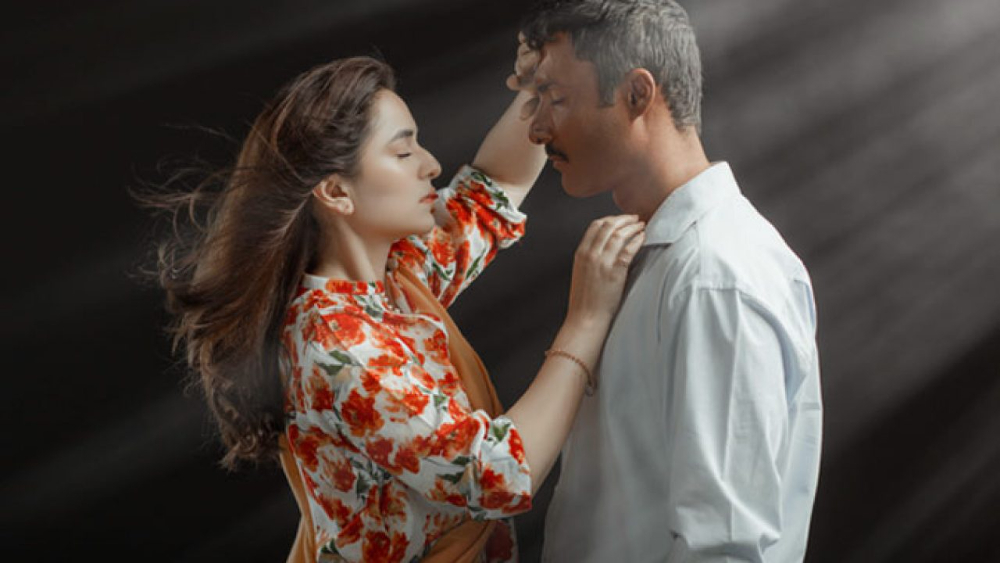 With all the toxic male characters on-screen it’s so refreshing to see a progressive protagonist like Parizaad. However, recent developments have people comparing our hero to ‘Danish’ from Mere Paas Tum Ho.

Based on a novel by the same name, Parizaad is witnessing a massive popularity boom.

Humayun Saeed and Ayeza Khan’s Mere Paas Tum Ho was a similarly huge phenomenon, with its last episode being aired in cinemas. Parizaad saw a similar level of success as the last episode is set to air in theaters.

ALSO READ
Parizaad: Will Our Hero Get a Happy Ending with RJ Annie? [Reactions]

However, people have started equating Danish with Parizaad as we see our protagonist gravitate towards Naheed and give up on Annie. After all the growth we’ve seen him go through, this was upsetting!

As we see Parizaad gravitating towards Naheed again, people are comparing Mehwish and Naheed. Others disagree and pointed out the difference in how their characters are written and portrayed: 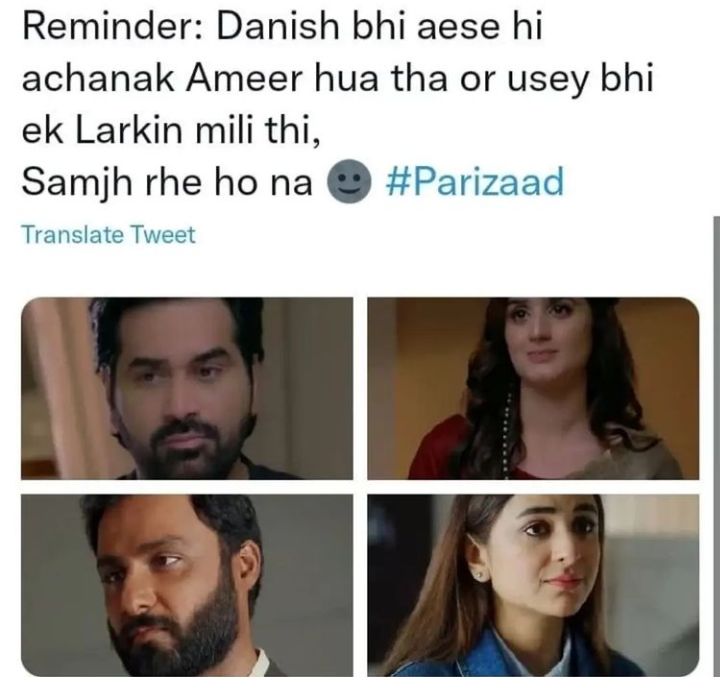 Then there are those still shipping our hero with Annie. Why can’t the man have a happy ending?

Only broken heart people can feel the exact pain & depth of this scene….. #Parizaad He is always too late for everything 🥺🦋🖤💫 pic.twitter.com/ca5rGmpOgA

they both basically confessed their love without saying I love you ❤️

Pari, your insecurities are not letting you see how much Annie loves you

oh Annie, this wait is gonna be LONG 🥺#Parizaad pic.twitter.com/JlFkmHRjM6

Meanwhile, fans of the novel are discussing the ending. Some are anticipating a twist, while others assume the script will stay true to the novel.

-I spent my whole life searching for that one glance of pure love.. Perhaps it was never destined for a person like me.. He refused to change his physical appearance and want to remain the same.. He want to live with the #Parizaad that's inside me..
.
.#Parizad #ahmedaliakbar pic.twitter.com/eQt8GUefMJ

The stage of life when a person finally realises thah the only true unconditional love should be with his own CREATOR, that's the moment when he feels an anguishing freedom in his soul.#Parizaad pic.twitter.com/zvm00tovWV

There’s speculation that much like Danish from MPTH, Parizaad will die in the end.

One thing is certain. There will be waterworks as we say goodbye to our protagonist.

As the drama serial’s finale is fast approaching, we’re all anxious about the fate of our protagonist. Will our hero find the love he desires and deserves or is this another tragedy?

Will you head to theaters to watch the last episode or wait for it to air on television? Let us know in the comments below.