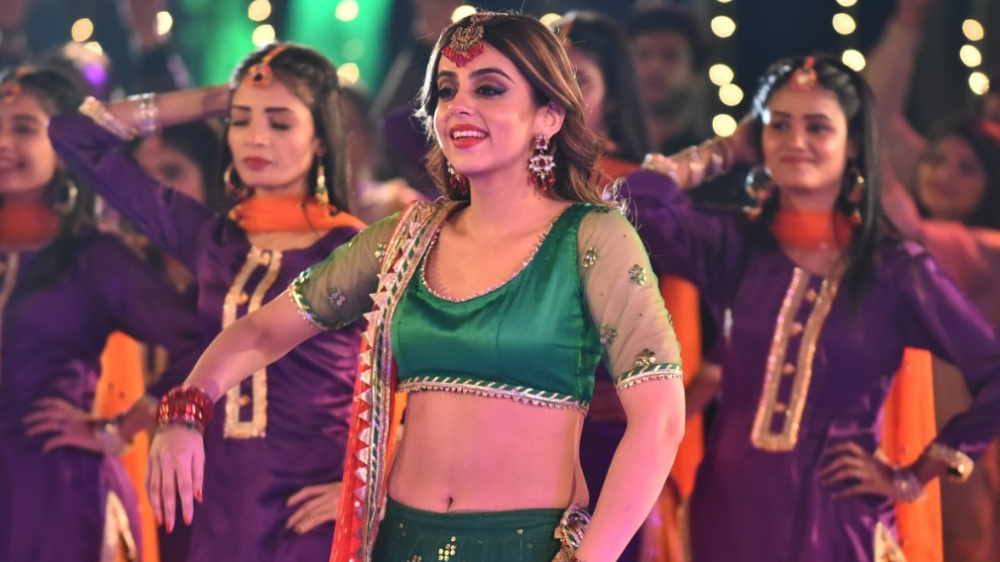 Popular actress and model Yashma Gill burned the dance floor up at her friend’s mehndi function over the weekend in a green lehenga choli ensemble by Sehrish Rehan.

She shared a clip of her performance by choreographer Zahid Hussain on her Instagram yesterday, and it has gone viral!

The actress dedicated her dance to the newlywed couple in the caption:

Just for you two newly married

She also thanked her dance partner, Zahid, for putting up with her and called him the “best guru”.

Yashma Gill was the life of the party at the mehndi ceremony and her dance performance is credited to her fitness. Note that she is a fitness freak.

How do we know this?

Courtesy of her photos of her grueling workouts.  went viral recently by impressing fans with her push-ups a night before the 2022 LUX Style Awards.

People especially enjoyed her role as Shanzay, a stubborn girl and the antagonist in the popular drama serial Pyar Ke Sadqay. The young diva is on top of her game and has been delivering stellar performances in her projects.

Aside from her acting skills, Yashma Gill is well known for her looks and charming personality. She is a very active social media user and often shares gorgeous posts with fans on her Instagram.