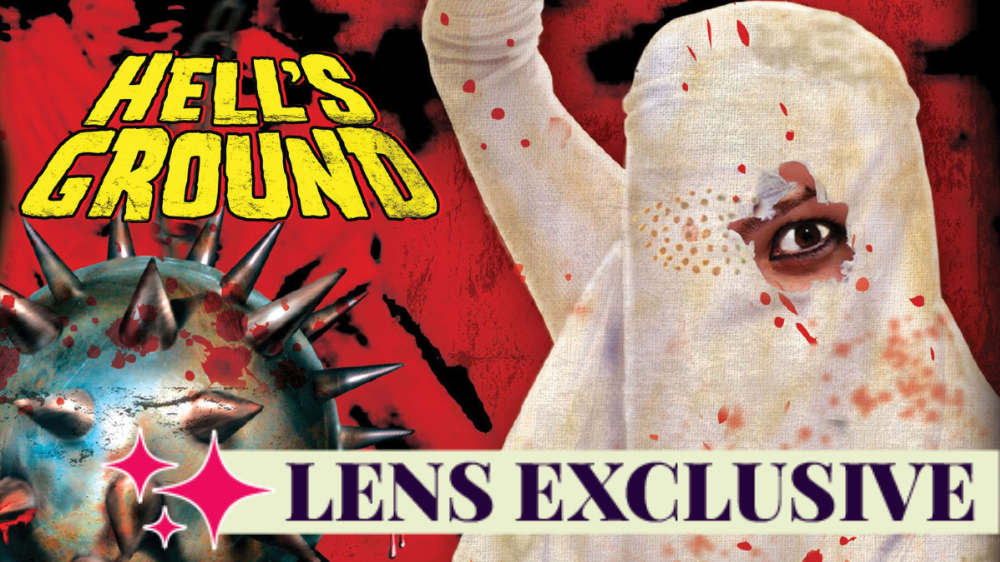 Horror is a genre rarely explored by the Pakistani film industry. Filmmakers nowadays often complain about people not going to cinemas to watch their films. One of the reasons why people don’t want to spend their hard-earned money on these films is because they are more of the same.

Nowadays, Pakistani films can be categorized into three genres: Action, Rom-Com and, of course, Drama. Recently, director Abdul Khaliq Khan decided to “think outside the box” with the film Lafangey —a horror comedy! Kudos to Abdul Khaliq, Sami Khan and Mani for trying something new. However, the end result was more or less the same generic Pakistani film. Lacking in horror and comedy. As a result, the film turned out to be a massive flop.

Lafangey was set to “revive a genre that is quite popular around the world” but it didn’t. Perhaps, the film did not have the resources or budget to make a good horror film. Or maybe, horror genre isn’t something Pakistan is familiar. That’s not true. 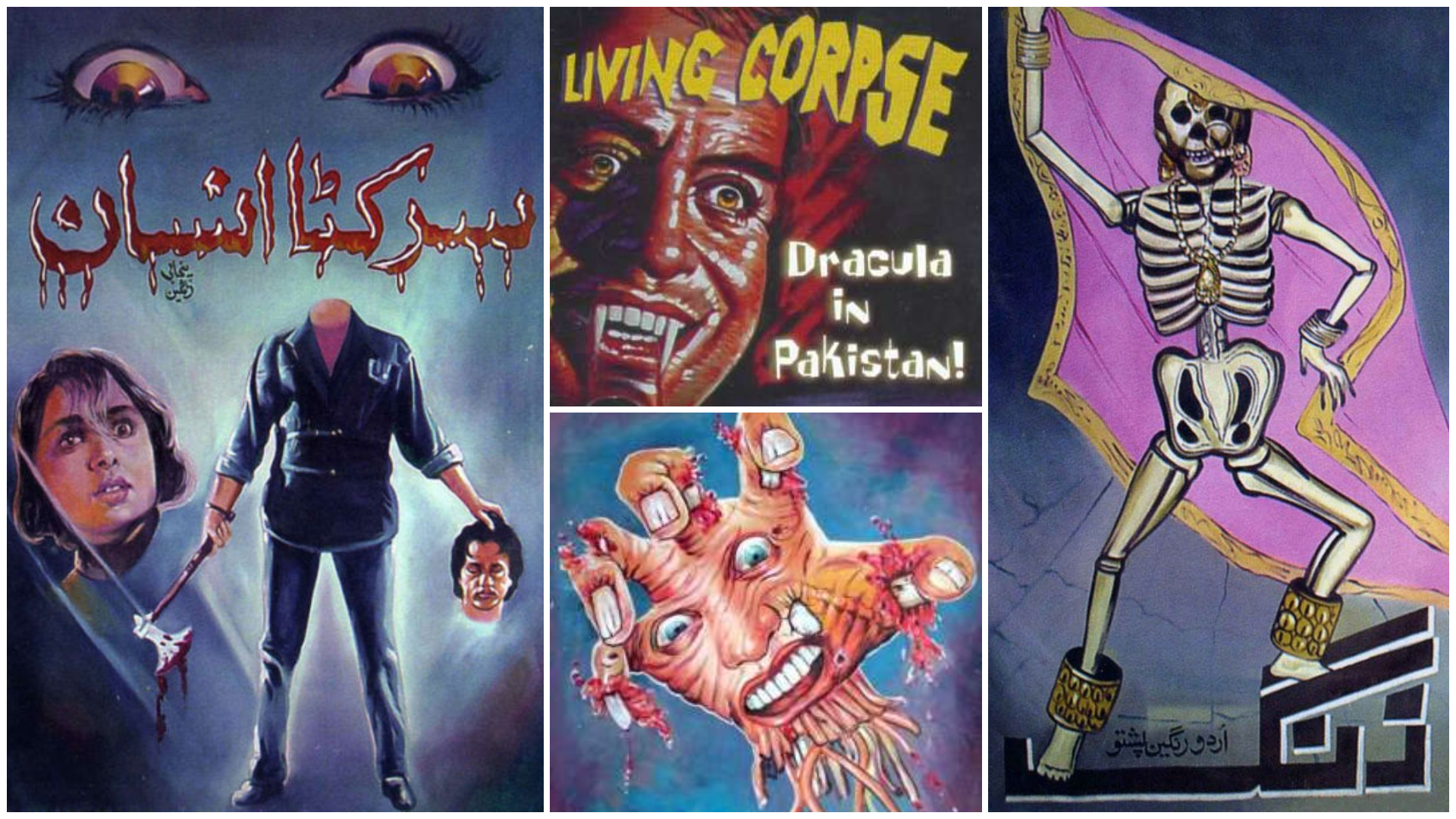 If we take a look back, there were some very creative horror films coming out of Lollywood. Though people nowadays just laugh at them for being a cheap “knock off” of Hollywood classics. But we should appreciate the filmmakers for at least trying unlike filmmakers today. But in 2007, a filmmaker decided to take up the challenge bring the gore! 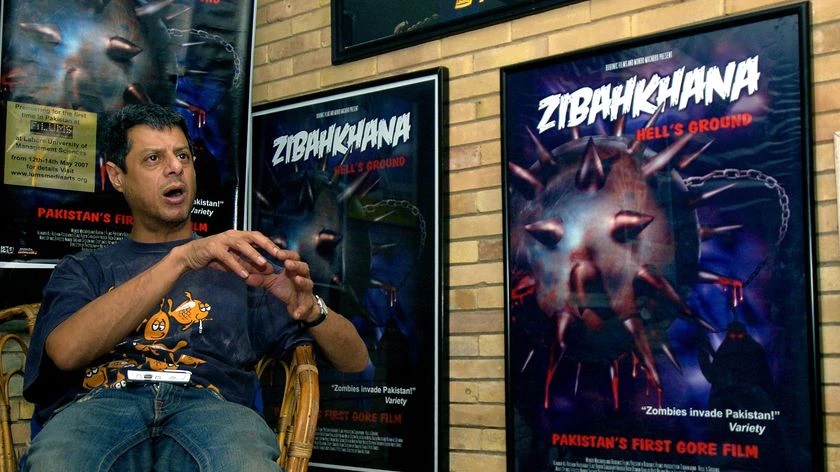 That filmmaker is Omar Ali Khan who put together a relatively unknown cast at the time (including Saleem Mairaj) and no major studio backing and managed to make a film that has gone on to win multiple international awards. And has a perfect 100% rating on Rotten Tomatoes! 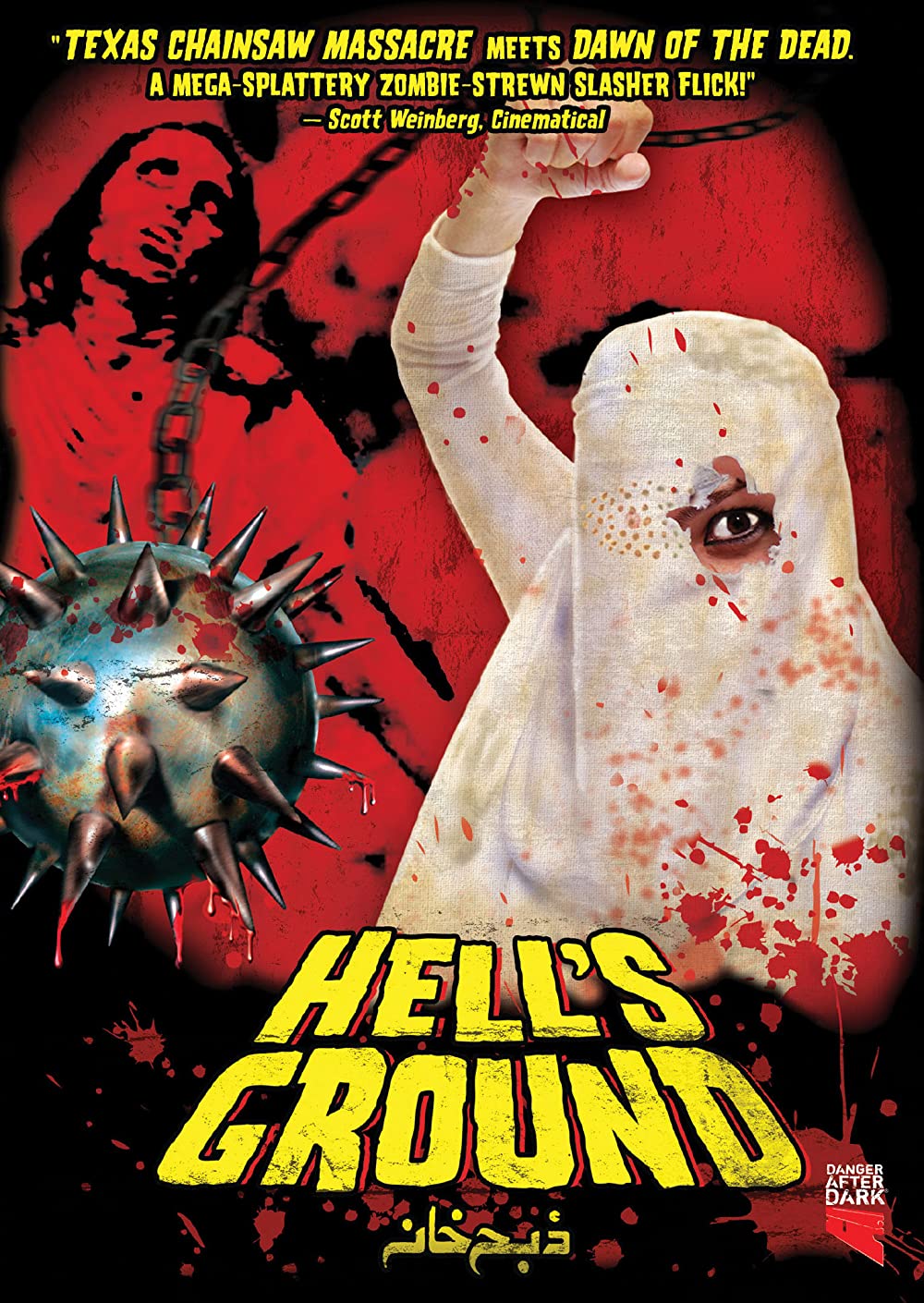 Made in 2007, within 30 days, with a short budget, Director Omar Khan’s ZibahKhana is one of Pakistan’s greatest horror movies. The film features a talented cast of actors like Kunwar Ali Roshan(Vicky), Haider Raza (Simon) and Saleem Mairaj as the creepy hitchhiker ‘Balay’. 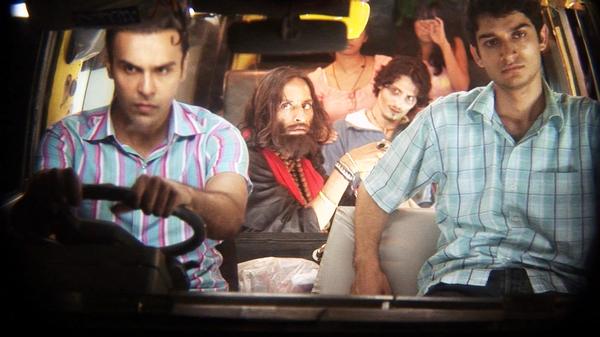 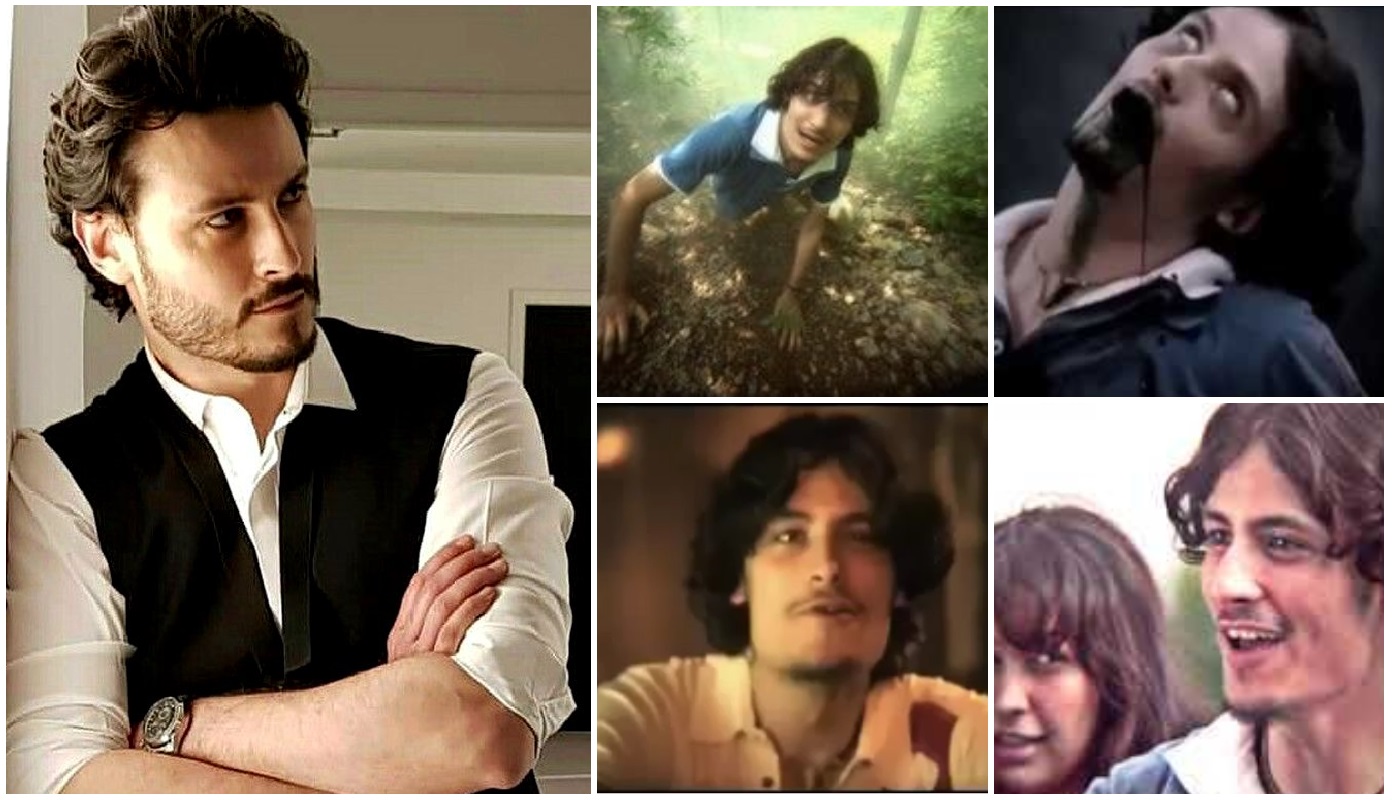 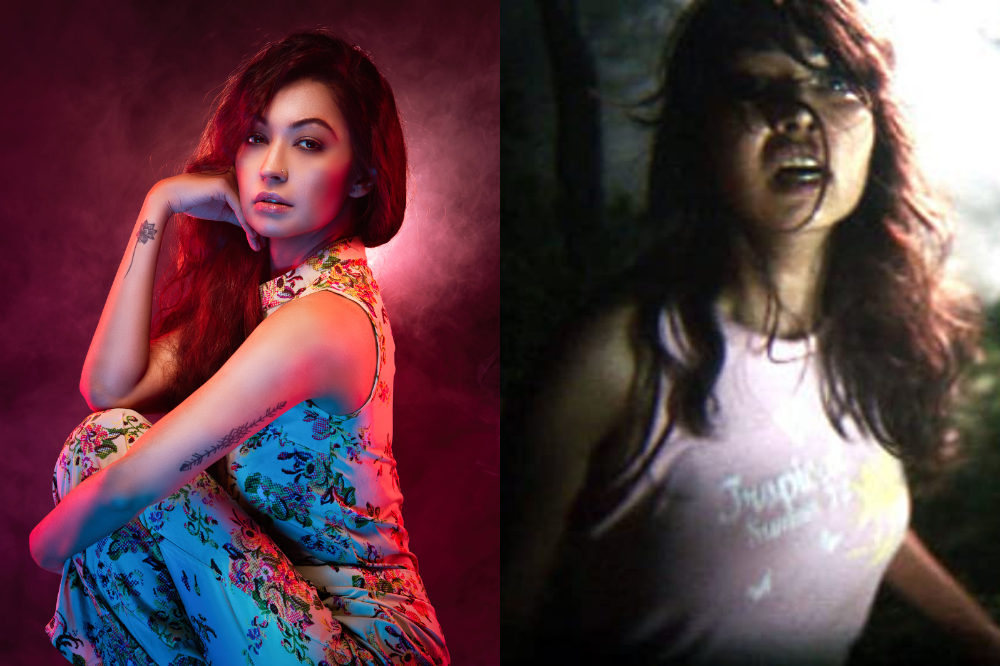 And actress Rooshanie Ejaz as Ayesha 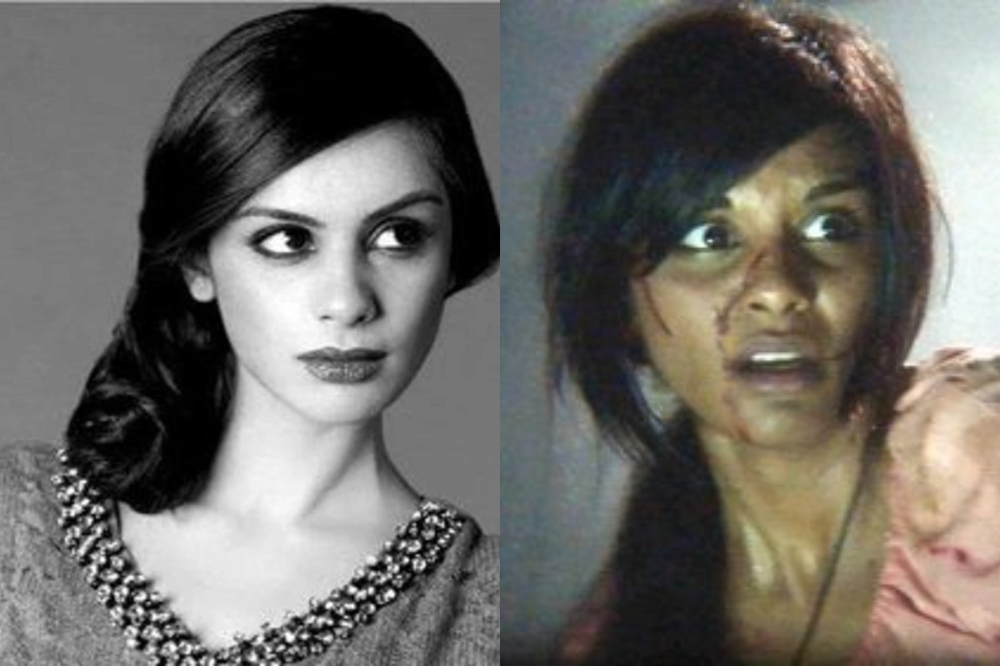 What’s it All About?

The film is a beautiful homage to classic horror/slasher films, opening with eerie sights and sounds to make even the hardest of horror fans twitch. The film follows a group of Islamabad teens; the arrogant Simon, a do-gooder Vicky who secretly has a crush on Ayesha (the shy good girl), a spoiled/privileged Roxy, a goofy stoner and horror fan OJ. In simple words, they are THE burgers of Islamabad with ironically the most desi old school Lollywood taste in music. The teens concoct a story about a school trip to get around their conservative and protective parents as they travel the countryside on van that’s as vibrant as a local Pakistani truck. The van is splashed with old Maula Jutt posters on the side, paying tribute to Pakistan’s over-the-top Punjabi film industry. 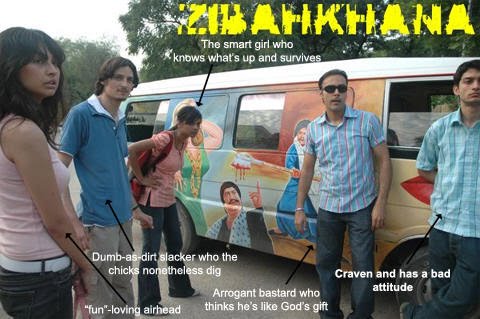 Equipped with a plentiful supply of dope (hash) and music, the group of friends pile into a van and take a wrong turn, going off on a beaten track to unknowingly meet their brutal demise. (Even though the youngsters were literally told they are on straight route to Dozakh aka “Hell’s Ground!” 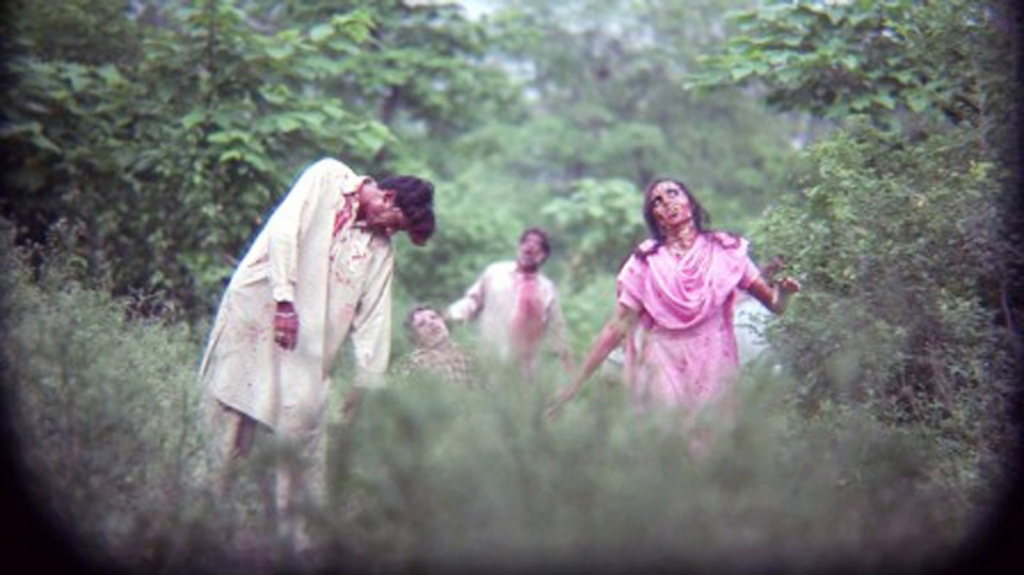 From zombie attacks to creepy voodoo magic and slaughter sheds, Zibahkhana is packed with classic horror movie troupes that will put a smile on your face. And, of course, it has one of the most iconic villains that is right up there among Jason Voorhees, Michael Myers and Leatherface — a flail-waving, burkha-clad psycho killer called “Baby” who hunts down the teens and chops them into pieces. Also, the killer is a woman, so yay, women empowerment? 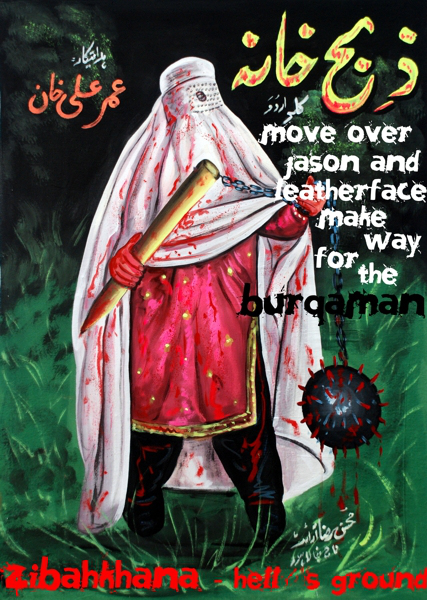 Compare to the likes of Evil Dead, Friday the 13th and Texas Chainsaw Massacre, does ZibahKhana deliver? The answer is unequivocal, resounding yes! 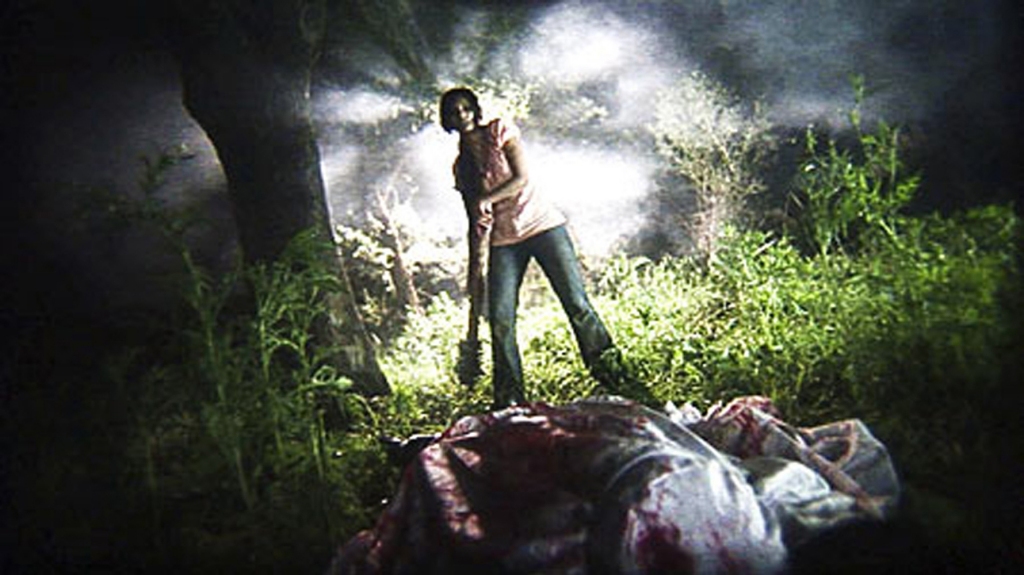 Yes, its campy. Yes, the characters are dumb and the special effects and camerawork may not be up to par with Hollywood or Bollywood standards, but ZibahKhana is just too much fun. Despite its flaws, the film draws you in with its eerie atmosphere and brutality. The film doesn’t take itself too seriously. It is simply well-made. AND! it has a hard rock OST: “Phoonk Le” by the band Zuj.

It is evident that the filmmakers behind the movie have a genuine appreciation and knowledge of the horror genre, specifically Pakistan’s horror genre. The proof is in one of the scenes where the teens stop by a small dhaba before all the carnage. We meet the creepy owner of the tea shack “Deewana” who warns the teens about the perils that lie ahead.

Mir Rehan is a legend who makes his presence felt with his onscreen charisma and ominous dialogue. 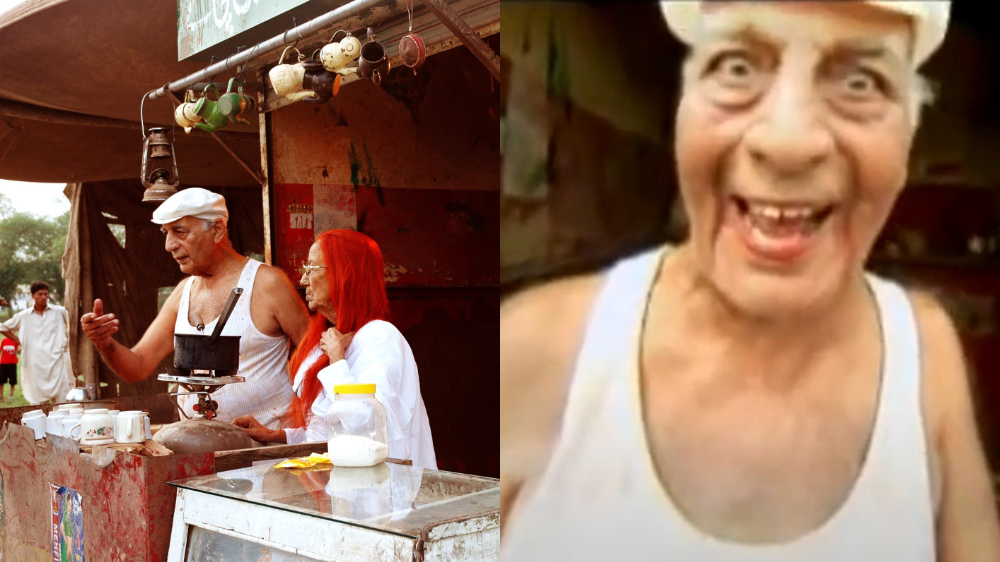 The actor playing him is none other than Mir Rehan, a legendary actor who played Dracula in Pakistan’s first-ever horror film 1967’s Zinda Laash. 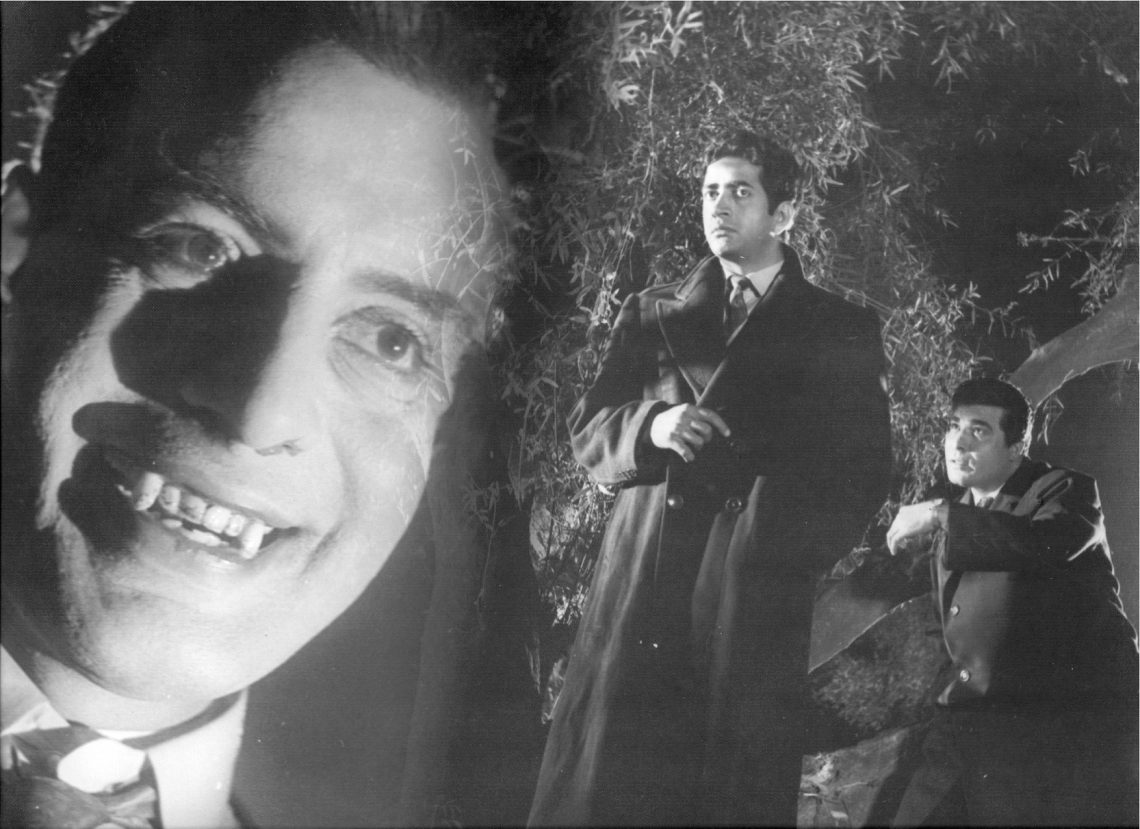 It has been 15 years since ZibahKhana came out, yet people don’t talk about it as much as they do. Nor do people remember the actor Mir Rehan and Zinda Laash. Both films are a staple of our entertainment industry. They are also a reminder that there is more to Pakistani cinema than just over-the-top rom-com and action thrillers starring Humayun Saeed!