Dr. Talat Shabbir is Director China Pakistan study Centre at Institute of strategic studies, Islamabad, where he oversees research and advocacy on all facets of Pakistan-China relations. He holds PhD in International Relations from Quaid-i-Azam University, Islamabad. Dr. Talat also has literary interests and has two books to his credit, a book of short stories and a collection of selected poetry. 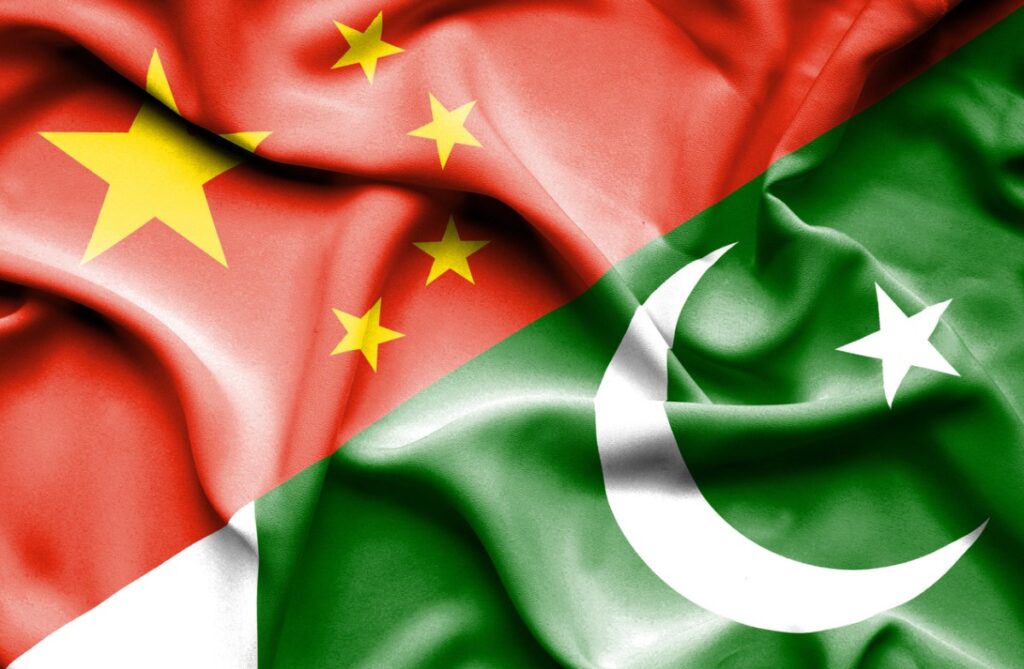 Dr. Talat Shabbir is the Director at the China Pakistan Study Centre at Islamabad’s Institute of Strategic Studies. Holding a PhD in International Relations, and having taught at some of the world’s most prestigious institutions, he oversees research and advocacy on different facets of Pakistan-China relations.

Since Dr. Talat’s research areas include Pakistan, South Asia, the critical Belt & Road Initiative, CPEC, and Pakistan-China relations, the ProPakistani team got in touch with him to get his views on some pressing current issues surrounding international relations.

Here’s what we asked and the insightful answers he gave.

The phrase ‘New World Order’ was lifted by the conspiracy-minded from the optimistic rhetoric of George H.W. Bush, and since then the suspicion and the facts have always existed symbiotically. The fantasy is looming totalitarian control, black helicopters descending, secret Bilderberg plots.

But it’s been encouraged by various undeniable realities — the growth of transnational institutions, the manifest power of a global over class, the often undemocratic expansion of the European Union and the rise of digital surveillance, and the ties binding China and the U.S. into “Chimerica.”

Now it’s changing its shape and has been resurrected by the response to the coronavirus, which is being cast as a pretext for some sort of one-worlder takeover. The present pandemic has given rise to a variety of predictions and judgements on a wide range of issues that are directly or indirectly related to the future world order.

These predictions can be divided into two main groups. The first group incorporates factors of uncertainty in global politics which will possibly affect it for a fairly long time. That’s why the forecasts of a new world order which are short of conceptual categoriality are provided with a reservation that they are purely preliminary: their coming into effect will depend on a combination of many, not yet visible, variables.

In the new world order, the frequently recognized concepts of leadership and hegemony will pass into the territory of other, radically transformed and undergoing profound change, relevancies. The prospects of America-oriented leadership, invariably associated with hegemonism, are infinitely slim as the world is moving towards the formation of new centers of force, new geopolitical formats without a pronounced centric role of one of the most influential global players.

2. Do you see any end to the Pak-India conflict or a resolution of the Kashmir issue?

Territorial disputes over the Kashmir region sparked two of the three major Indo-Pakistani wars in 1947 and 1965, and a partial war in 1999. Although both countries have maintained a fragile cease-fire since 2003, they regularly exchange fire across the contested border, the Line of Control (LoC). Both sides accuse the other of violating the cease-fire and claim to be shooting in response to attacks. An uptick in border skirmishes that began in late 2016 and continued into 2018 killed dozens and displaced thousands of civilians on both sides of the Line of Control.

For now, the Indian government seems to have closed off options for a negotiated settlement of Kashmir with Pakistan as well as with separatist parties in Kashmir. New Delhi’s strategy is to tighten its control of Kashmir while creating space for more pro-India politics. But this approach has intensified disaffection in Kashmir while opening the door for increased Pakistani interference.

Although bilateral attempts at conflict resolution in Kashmir seem unlikely in the near future, both sides may come to see the advantages of talking. When the time is ripe, the two sides should revisit the “Kashmir formula” that was negotiated and nearly finalized in 2004–07 through backchannels.

3. What do you comment on Pakistan’s handling of its international relations?

The reality of Pakistan’s potential and development has not been conveyed to the rest of the world, due to poor international media coverage and lack of strong official efforts by Islamabad, Pakistani intellectuals say.

Pakistan, is like any other country in the world; it has good and bad things. However, it is not getting the opportunity to show its good side, they said. The country is unable to reflect its true projections.

With an aim to reflect this reality my institute is currently working on projecting a positive image of Pakistan and to enhance its ties with other countries. We need to work on that from our end to promote a soft image of Pakistan.

Narendra Modi’s government has placed India’s neighbourhood as its top foreign policy priority. Modi’s first official foreign trip was to neighbouring Bhutan, and in just over a year he visited all of India’s immediate neighbours, with the exception of Pakistan and the Maldives (where a planned visit was suddenly cancelled due to political differences). In an unprecedented move, he invited the seven other leaders in the South Asia Association for Regional Cooperation (SAARC), along with Mauritius, to his swearing-in ceremony in May 2014, holding his first set of meetings with them – including Pakistani Prime Minister Nawaz Sharif – the following day. He is due to visit Pakistan in late 2016 for the SAARC summit, which will be the first Indian prime ministerial visit to the country in over a decade.

Modi has hardened India’s position towards Pakistan. He cancelled scheduled foreign-secretary level talks in August 2014 over a meeting between the Pakistani high commissioner to India and the Kashmiri separatist Hurriyat group. There was a distinct chill between Modi and Sharif at the SAARC summit in Kathmandu in November 2014. Then, in August 2015, India made it clear that it would not be acceptable for the visiting Pakistani national security advisor to meet the Hurriyat leadership or discuss anything other than terrorism, leading to the cancellation of scheduled talks between the two countries’ national security advisors’ hours before they were to begin. India also deliberately intensified its firing across the LoC and the international border.

This hardline approach has not yielded the dividends expected by the Indian government. In a sign of defiance, the Pakistani government refused to fast-track the trial of seven alleged co-conspirators in the 2008 Mumbai terror attack, a key Indian demand. In April 2015, a Pakistani court released on bail the man accused of masterminding the attacks, LeT operations chief Zakiur-Rehman Lakhvi, after six years in prison. The following month, the Pakistani corps commanders’ conference for the first time formally accused India’s external intelligence agency, the Research and Analysis Wing (R&AW), of “whipping up terrorism” in Pakistan. This accusation was believed to refer to recurring allegations of Indian involvement in terrorism in Baluchistan, Karachi, and the tribal areas, which India has denied. Later that month, the Indian defence minister stated that “terrorists have to be neutralised only through terrorists”, leading his Pakistani counterpart to assert that this confirmed India’s involvement in terrorism within Pakistan.

5. Is Pak-China friendship just fabled or a real thing?

Pakistan and China enjoy ‘special’ relations. This simple description encapsulates the essence of a multidimensional, timeless partnership endowed by nature and the human spirit, shared mountains and rivers — geo-ecological space, centuries of civilizational interaction, and a soaring spirit imbued by ideals and principles that defy standard constructs of inter-state conduct. Rooted deeply in the hearts and minds of the two peoples, the bonds of friendship have been fortified by an abiding trust.

Trust is earned, and in this case, time tested too. An all-weather friendship that has been constant; irrespective of changes within each country and the regional and global environment. A complete understanding, mutual respect and readiness to stand by each other at all times have been the hallmarks of this special relationship.

6. Tell us about CPEC and its true gains for Pakistan and the region?

Pakistani leaders say the China-Pakistan Economic Corridor (CPEC), launched in 2015, is a “game changer” for the country’s ailing economy. But opaque plans for the corridor, the upheaval likely to affect locals along its route, and profits flowing mostly to outsiders could stir unrest.

CPEC could help revive Pakistan’s economy. But if it moves ahead without more thorough debate in parliament and provincial legislatures and consultation with locals, it will deepen friction between the federal center and periphery, roil provinces already long neglected, widen social divides and potentially create new sources of conflict. The government should ensure that CPEC’s directions and priorities address the country’s economic and political interests.

7. Are we fighting out Coronavirus battle as well as China?

So far Pakistan has fared well in its fight against COVID-19. In a country with over 212 million inhabitants, to date, roughly 303 000 cases have been recorded and the curve of new infections has flattened since its peak in May and June. For a developing country facing other crises, this has been a welcome relief. At the heart of the country’s battle has been Dr. Palitha Mahipala, WHO Representative and Head of Mission, originally from Sri Lanka and based in Islamabad, who has been working around the clock seven days a week since the beginning of the pandemic. “WHO focuses on different aspects of the COVID-19 response in each country. But in Pakistan, the Organization has been involved on every level and has had a significant impact,” says Dr. Mahipala. WHO had been working on many fronts in Pakistan during the pandemic even before the country recorded any cases.

However, 2nd wave of COVID has taken over and as of now more than 1000 cases are being reported on daily basis. Government is trying its best to take hold of the current scenario. Now it entirely depends on the cooperation of government and people to avoid the spread of this lethal virus.

8. You’re also a prolific writer. Any advice for aspiring writers of Pakistan?

One of the best advices I can give to young writers is to read. Read things you like and read things you don’t like. If you want to broaden your horizon, enrich your imagination, and refine your expression reading a lot and writing a lot can do wonders. You should not worry about your broken expression or be embarrassed of what you write. As an aspiring writer you should not consider failure a dead end. Keep trying out a new writing muscle and never be afraid of failure.